Daria Ricchi: From Storia to History 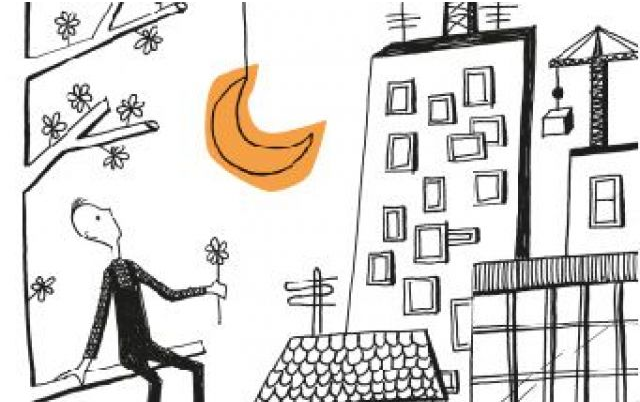 FROM STORIA TO HISTORY: LITERATURE AND FICTION IN ITALIAN ARCHITECTURAL WRITING, 1940-1957

In the decades surrounding World War II, Italy was host to an extraordinary abundance of architectural writing. Not merely significant in terms of quantity, these texts were unprecedentedly varied in the range of genres they encompassed. History, criticism, theory, journalism, and fiction all took architecture as their subject matter. This wide range of writerly modes, as distinct from one another in the nature of their prose as in their means of dissemination, was produced by an equally varied cast of figures such as Bruno Zevi, an architecture historian and politician, Giulio Carlo Argan an art historian, Italo Calvino, a fiction writer, and Elio Vittorini and Cesare Pavese, writers and translators. Rather than converge on a single view of architecture, each form of writing embedded a different theory of architecture in its structure. By examining these differences, this dissertation will argue that writing rather than building practice became the primary means of architectural debate, and that writing about architecture was at that time both a topic for a specialized audience and a broader public.

My dissertation roughly starts around 1940 and ends in 1957. It begins with multiple stories told under the form of myths. During World War II and in the early postwar, history is oriented toward the future. The preferred narrative is a form of fictitious, half-true story. Italian architectural historians and writers looked at America as the symbol of freedom and new possibilities free from a heavy past.

Both writers, Cesare Pavese and Elio Vittorini never visited the United States but they imagined it as a land for new possibilities. Cesare Pavese recognized in the writing of Midwestern American writers such as Sherwood Anderson and Sinclair Lewis a voice and a style to be imitated by Italian writers to discover their own regionalisms. Elio Vittorini, who founded the magazine Il Politecnico in 1945 asked other writers to imitate authors such as Hemingway whose truthful and almost journalistic account could be used to solve problems of the Italian reconstruction.

The same overzealous tone characterized the first writings of a young Zevi who did not conceal his enthusiasm for the American mythical pioneers such as Louis Sullivan and Frank Lloyd Wright. Like Giulio Carlo Argan, Zevi visited the United States in 1939 to study at Harvard graduating in 1943.

In the spring of 1950, Cesare Pavese wrote an article about his conception of myth in the magazine Cultura e Realtà [Culture and Reality]. Criticized and condemned by the communist party, Pavese’s article marks the end of this mythical period. As the title reads culture is synonymous with reality and cannot be hidden or told in a different way. It is the beginning of the well-known neorealist moment. History is considered an objective science. Chronicles, as the chronological recollection of events almost coincide with storytelling. History is concerned with the present condition to be told in a more straightforward and bare way. Main focus of this chapter is the magazine L’architettura cronache e storia, where the myth of America is downsized, and the weekly magazine L’espresso where Zevi holds his column. This is an example not only of architecture mingling with other disciplines, but also of how architectural history entered the general public domain via journalism, a new way of writing, and the popular press.

Also writers such as the little-known Carlo Emilio Gadda, and popular authors, Elio Vittorini, Alberto Moravia, Natalia Ginzburg depicted scenes of everyday life with a pronounced emphasis on architectural settings. Architecture appeared in the background, but buildings and the expanding city also acted as protagonists. Besides depicting social life and its moral and intellectual values, these authors also gave an account of what was happening in the field of building construction and urban life, but without fictionalizing the bleak reality of that era. At this time fiction informed history and was part of history.

Calvino’s realist novel La speculazione edilizia (A Plunge into Real Estate – 1957) partly published in Botteghe Oscure, set the scene around building problems, representing the social and moral habits of that time. With this book The third chapter starts with this book, and does not have a temporal end. History writing turned to fantasy but also concerned the past and included a new attention to historicism. This turn to Fantasy, though, does not imply an abandonment of urban issues, even if within the genre of fiction.  An interest in the city, in urbanity, permeates Calvino’s writing, from Marcovaldo or The Seasons in the City to The Invisible cities.1957, a seminal year for ‘historicism,’ also marks a return to more conventional writing styles in history writing. Disillusion and skepticism become established, and the only solution against the present condition seems the retreat to the past or the escape to fantasy.