Too Big to Fail: Carmageddon and Failing Los Angeles Infrastructure 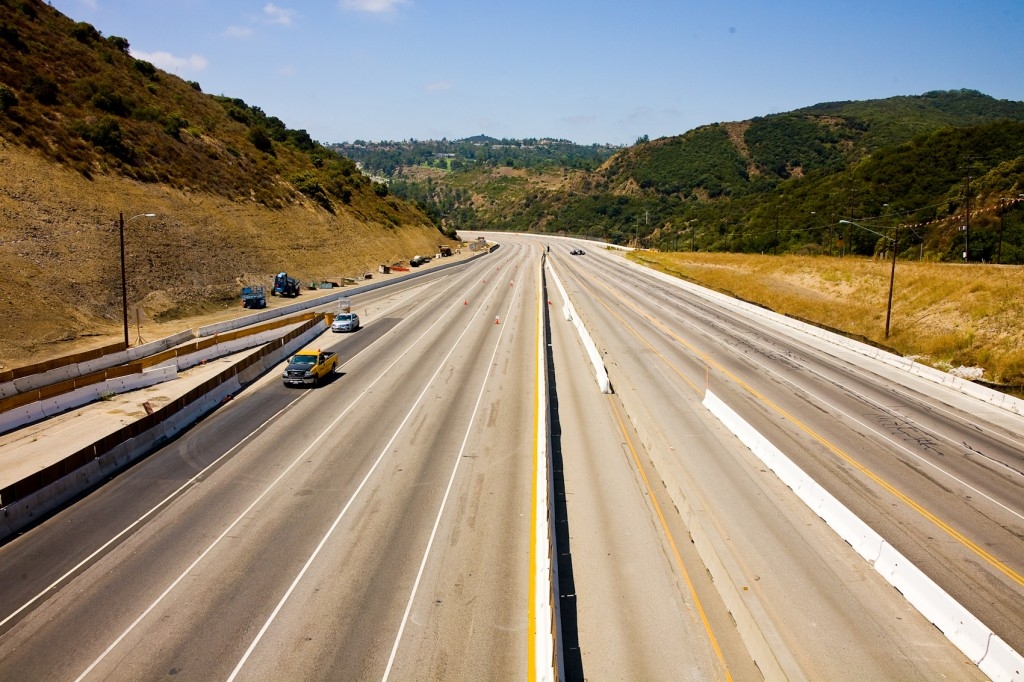 On July 16th, the unthinkable happened in Los Angeles. Arguably the busiest stretch of freeway in America closed. For 53 hours, 10 lanes from the 10 to the 101 freeway, adjacent to the beach communities of Santa Monica and Venice, remained impassable for all users. Overextended in its capacity, the 405 freeway required partial demolition of the Mulholland Bridge at the Sepulveda Pass, making room for a single, added HOV lane. For one weekend, from Friday night to Monday morning, locals and tourists alike were forced to re-map and re-navigate the city, without its 405 thoroughfare.

Proclaimed Carmageddon by the news media, the closure of the 405 freeway was over-hyped. Flashing signs warned of the pending construction on every roadway, inside and outside city limits, well over a month before the closure’s occurrence. The citizens of Los Angeles were poised to expect nothing less than a complete city shutdown.

Instead the 405 closure produced an unexpected surprise; Angelenos avoided utilizing the infrastructure that defines the identity of the city with its traffic jams and commuting nightmares. The anticipated heavy traffic and chaos unpredictably resulted in a weekend free of sigalerts and traffic warnings. All traffic maps glowed a bright green hue, indicating calm roadways. Instead of hopping in their cars, people were biking on nearby trails, attending local festivals, and exploring their own backyards. The freeway closure was an awakening for Angelenos who generally take their mobility and city for granted. Local neighborhood events flourished and small businesses saw a surge in commerce. The 405 closure highlighted the ability of Angelenos to enjoy their surrounding neighborhoods and to simply stay home.

Los Angeles is a city long familiar with the limits and trappings of static freeway infrastructure. As far back as 1924, traffic was highlighted as a civic issue. In a landmark document called the Major Traffic Street Plan,[1] prepared by city planners Frederick Law Olmstead, Harlan Bartholomew, and Charles Cheney; parkways (now know as freeways) were circumscribed on the sprawling landscape in response to escalating congestion issues. Since the creation of the modern freeway network in the 1950’s and 1960’s, traffic has thus become a staple in the everyday life an Angeleno.

As a conurbation with over 160 miles of freeway and 6,500 miles of street.[2] Los Angeles is feeling the pinch of freeway reconstruction and expansion at scale beyond most American cities. In a 2009 report, The American Society of Civil Engineers highlighted the failing infrastructure in Los Angeles including our roads and bridges, making conditions seem dire for our growing city.[3] As the slow road to recovering and rebuilding our network of mobility begins, perhaps the best lesson learned from Carmageddon is that our roads do not define us. Instead we as citizens and users define the city of Los Angeles. By our actions, we have the ability to shift the debate of traffic and roads to one of community.

Jessica Varner is an architect, editor, writer, and guest contributor to the CAUI blog. Founder of the publications studio SmallerLarge, Ms. Varner works in the realm of architecture, print, and multimedia communication to bring awareness to the role architecture, cities, and infrastructure have in shaping our environment. Prior edited titles include Paul Rudolph: Writing on Architecture and Retrospecta 06/07 with the Yale School of Architecture. Her most recent edited title with Michael Maltzan No More Play, was produced by Hatje Cantz. Ms. Varner received a B.A. from University of Nebraska and Master of Architecture degree from Yale University.