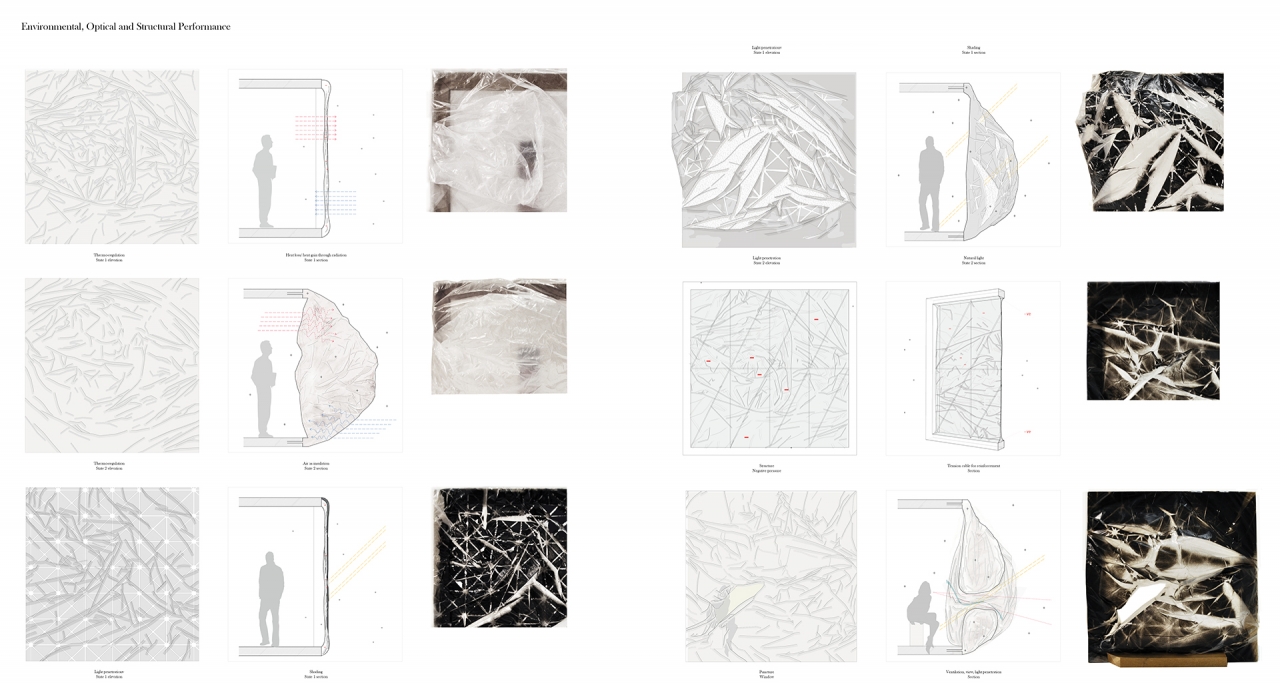 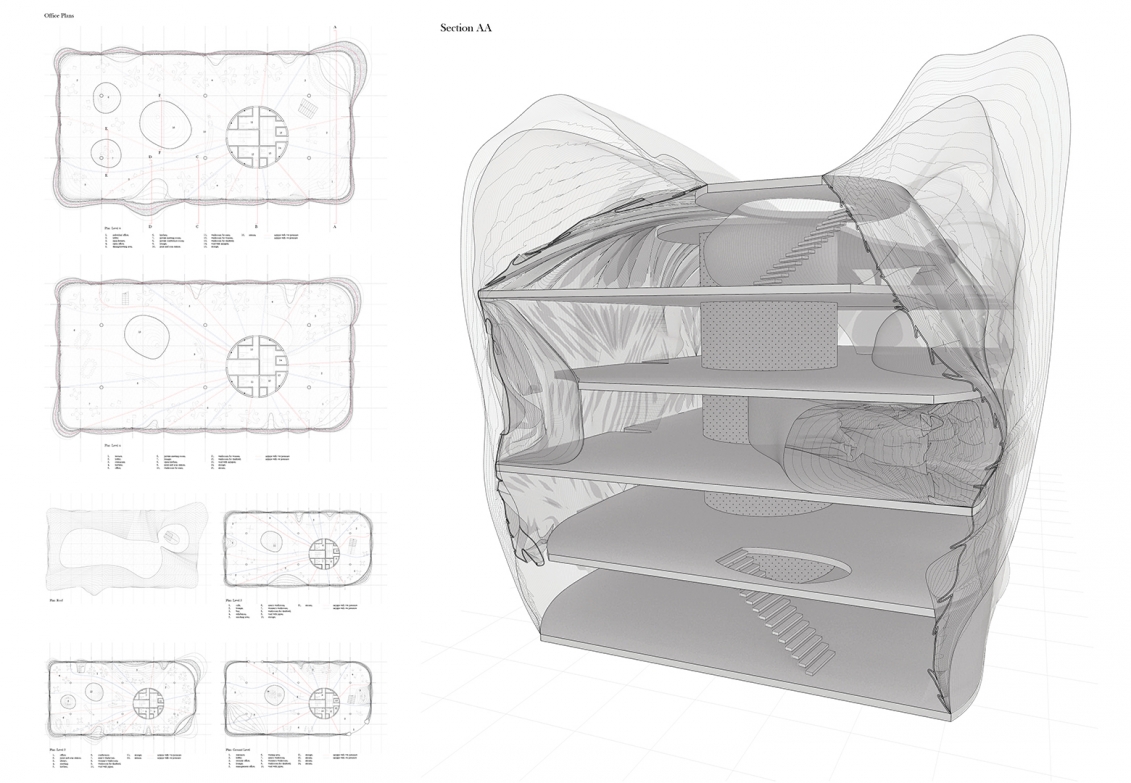 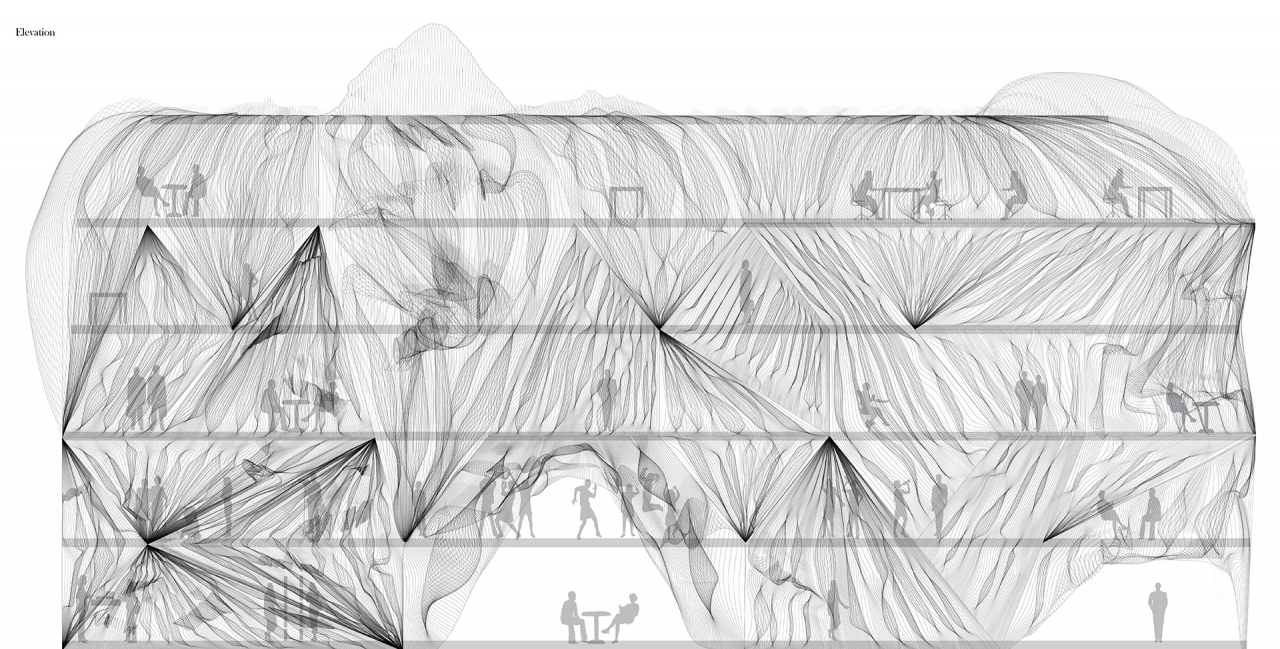 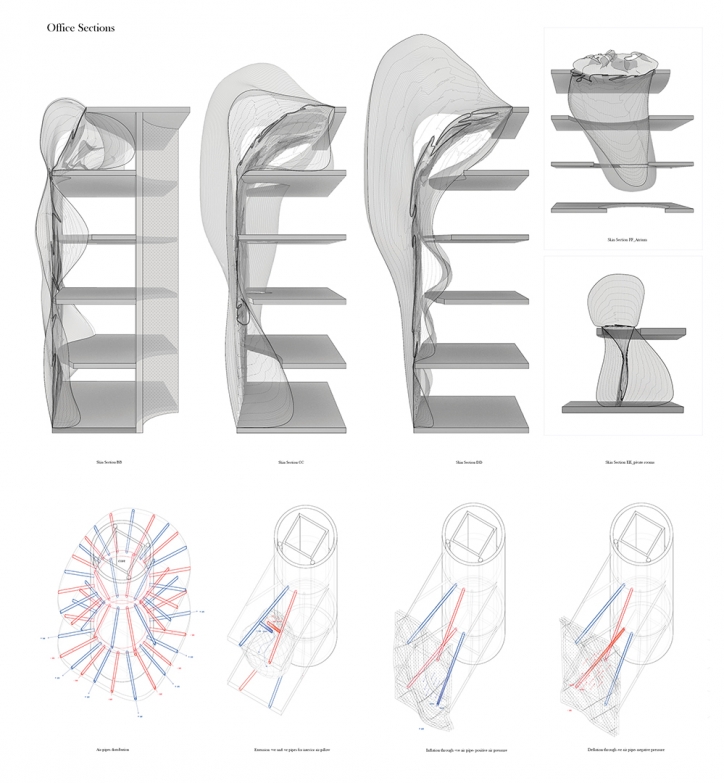 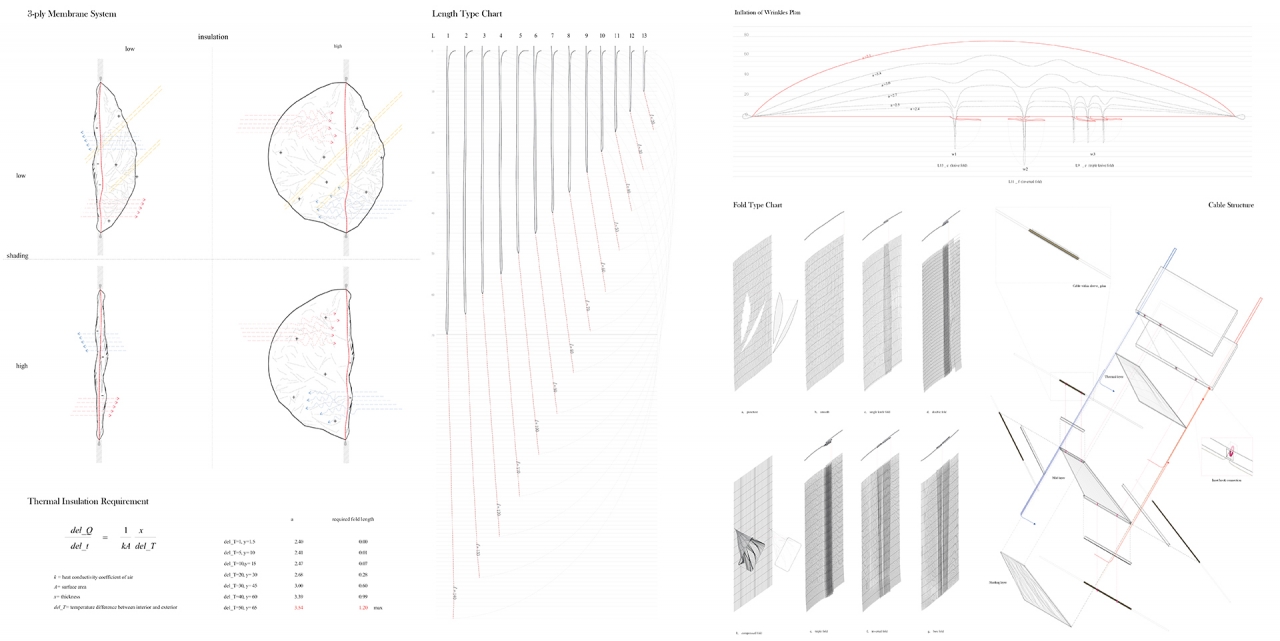 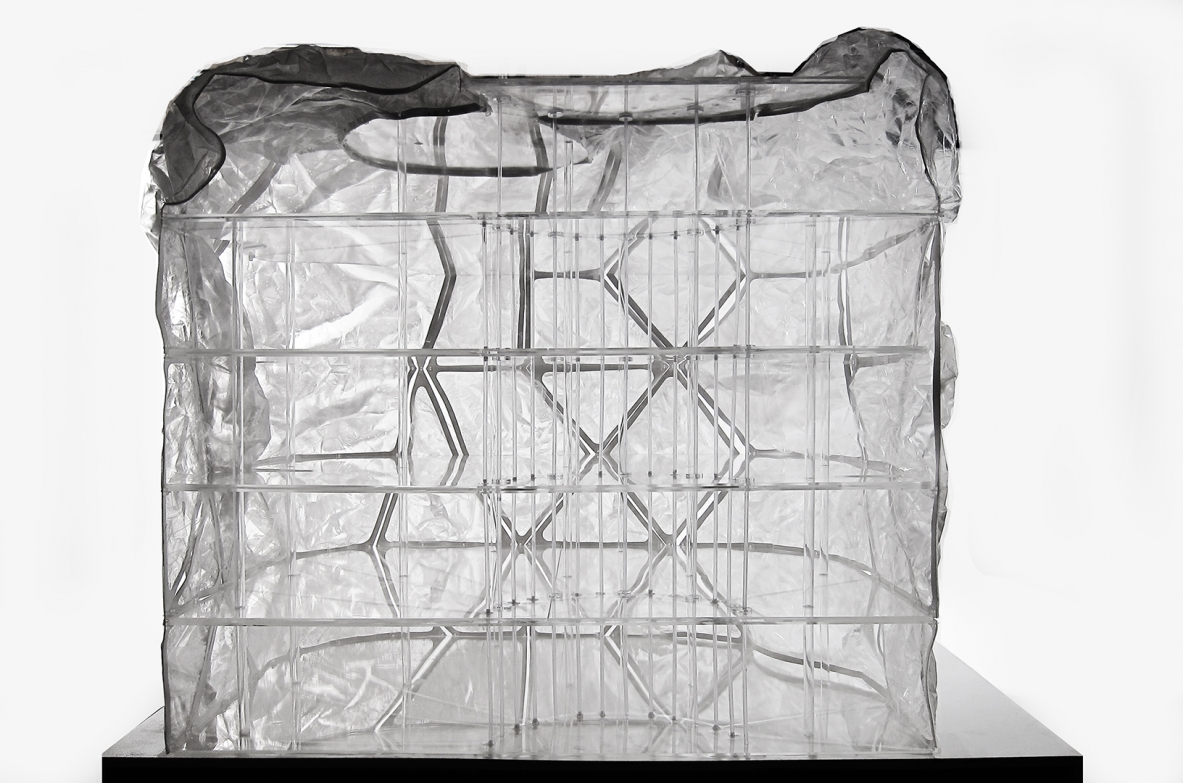 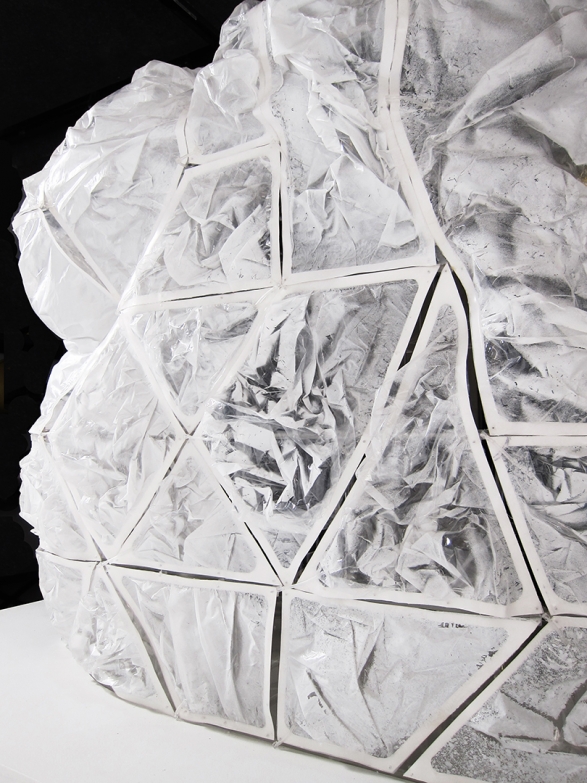 Compared to the intelligence of skins found in the natural world, architectural envelopes are relatively dumb. Taking cues from sophisticated skin technologies observed in biological models, this thesis proposes a smart new building envelope system – one characterized by a coordinated environmental, programmatic, and spatial responsiveness. Specifically, this thesis embraces the wrinkle. Although often associated with aging, and therefore undesirable, this project reconceives of the wrinkle as both an aesthetic and performative asset, capable of dynamically modulating the relationship between a building’s interior and exterior, in the process producing both new patterns of social interaction and defining a new architectural formal language.