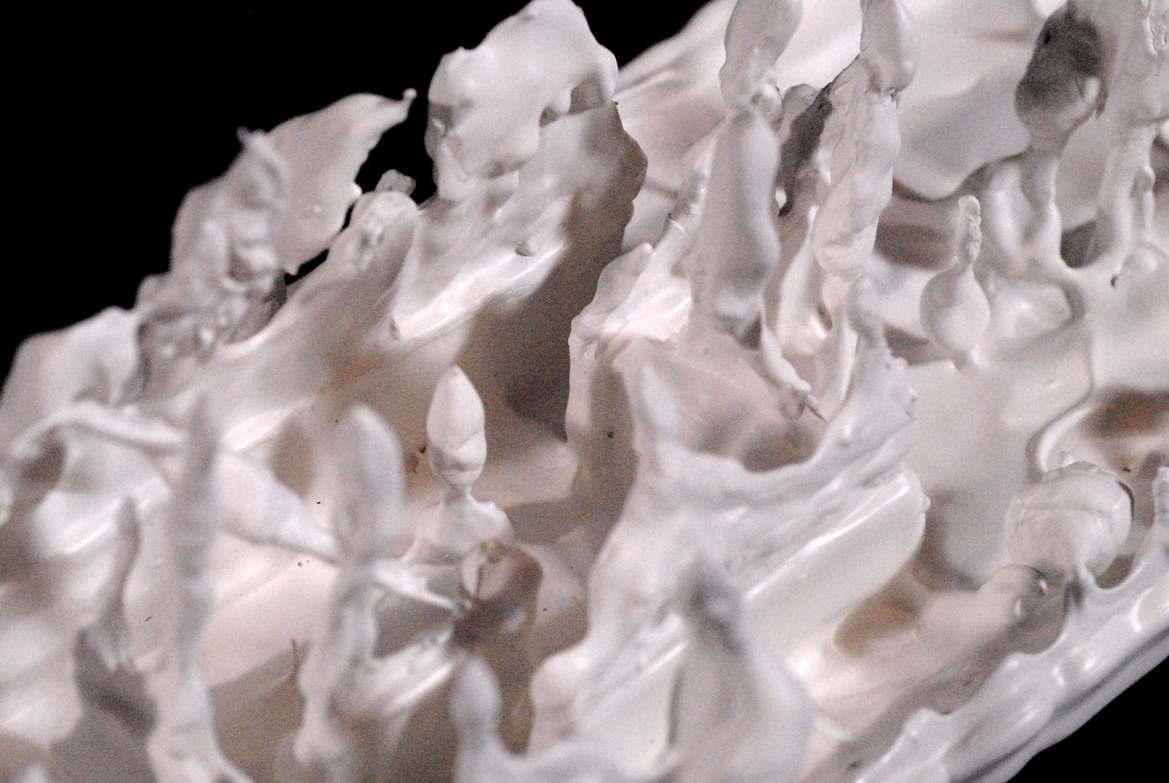 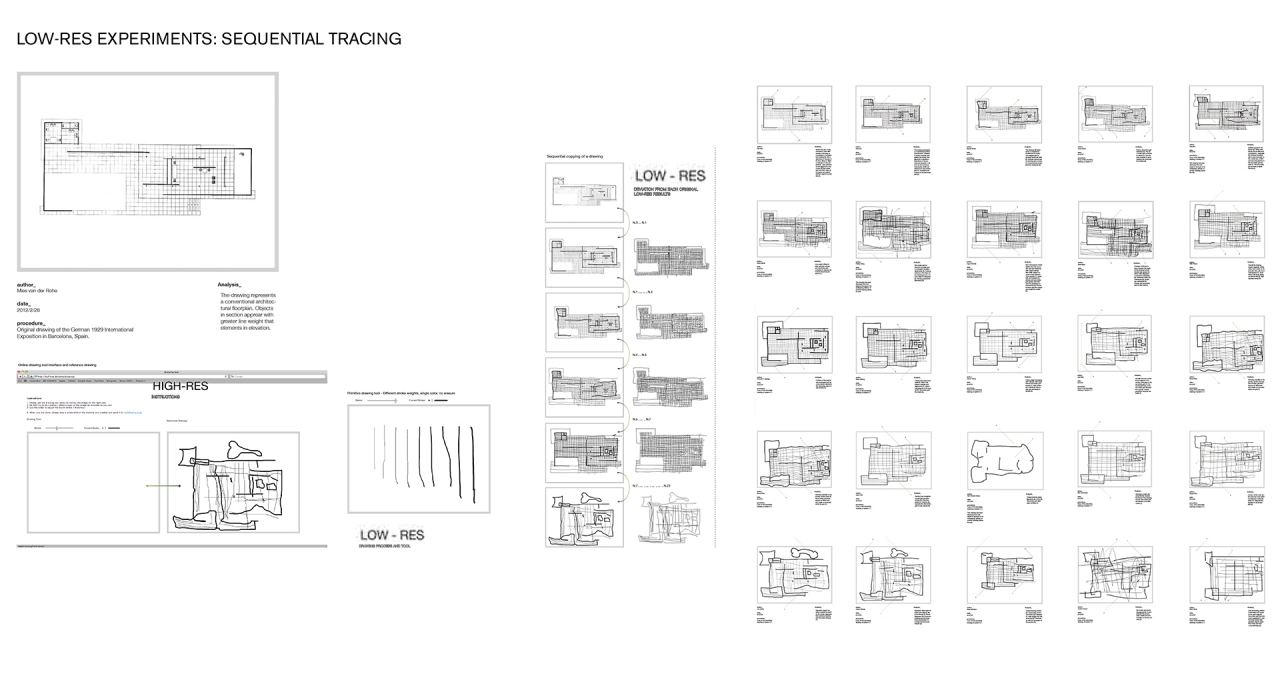 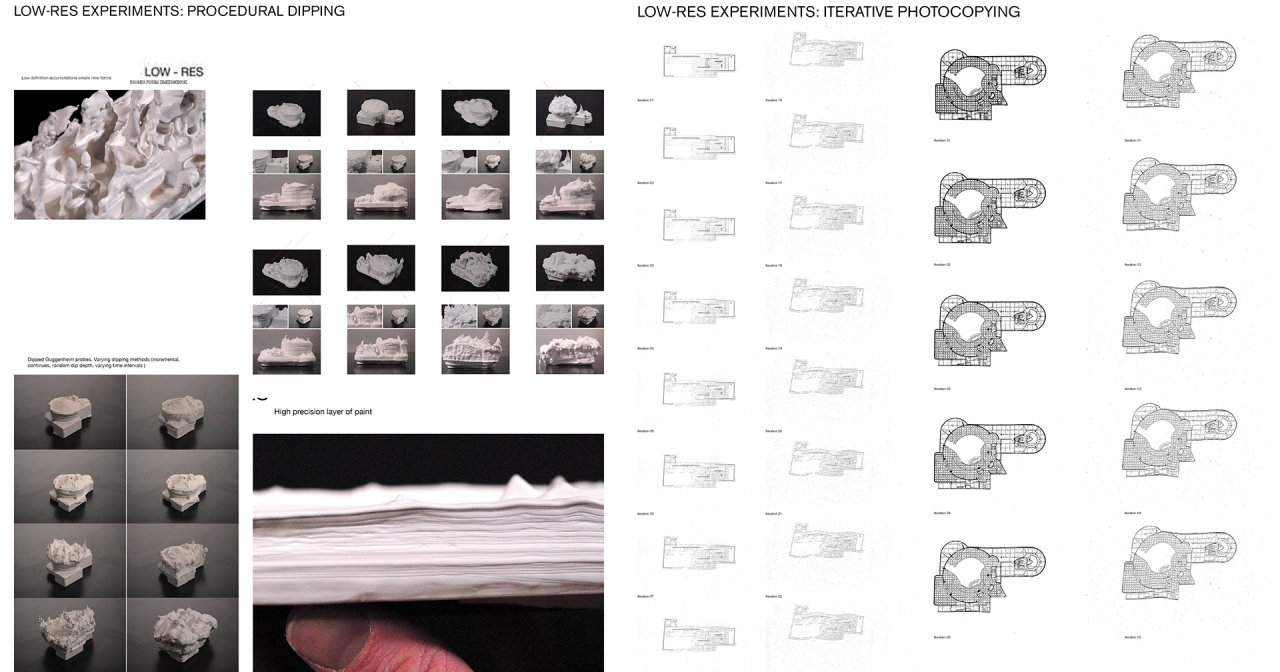 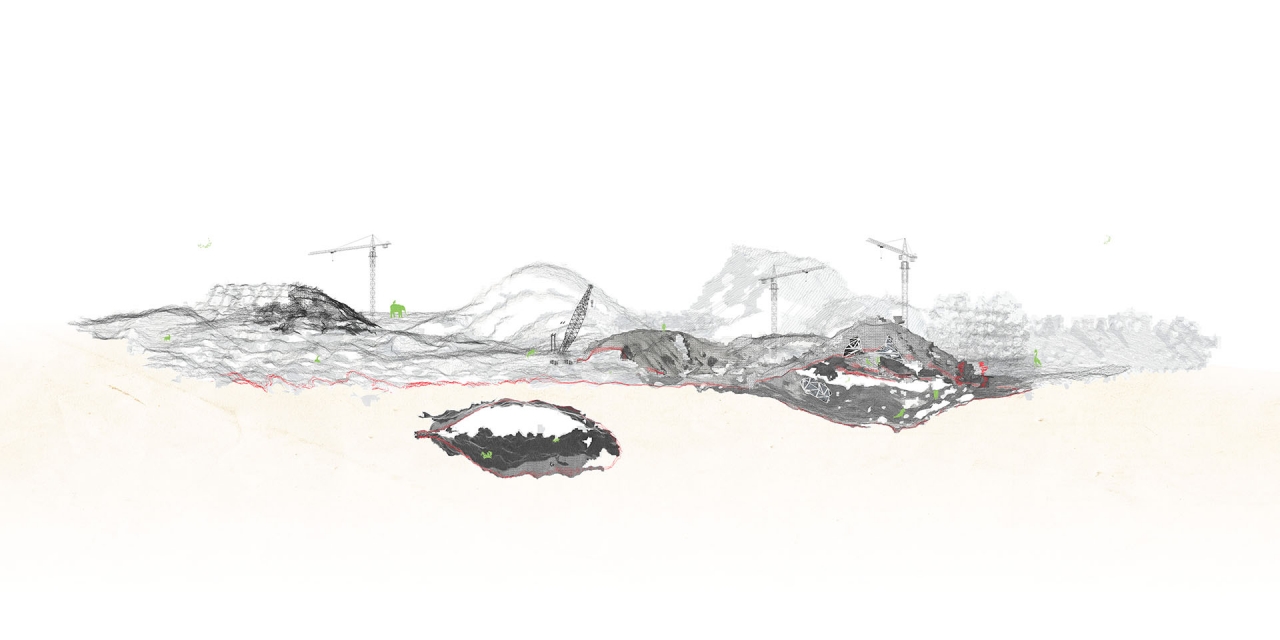 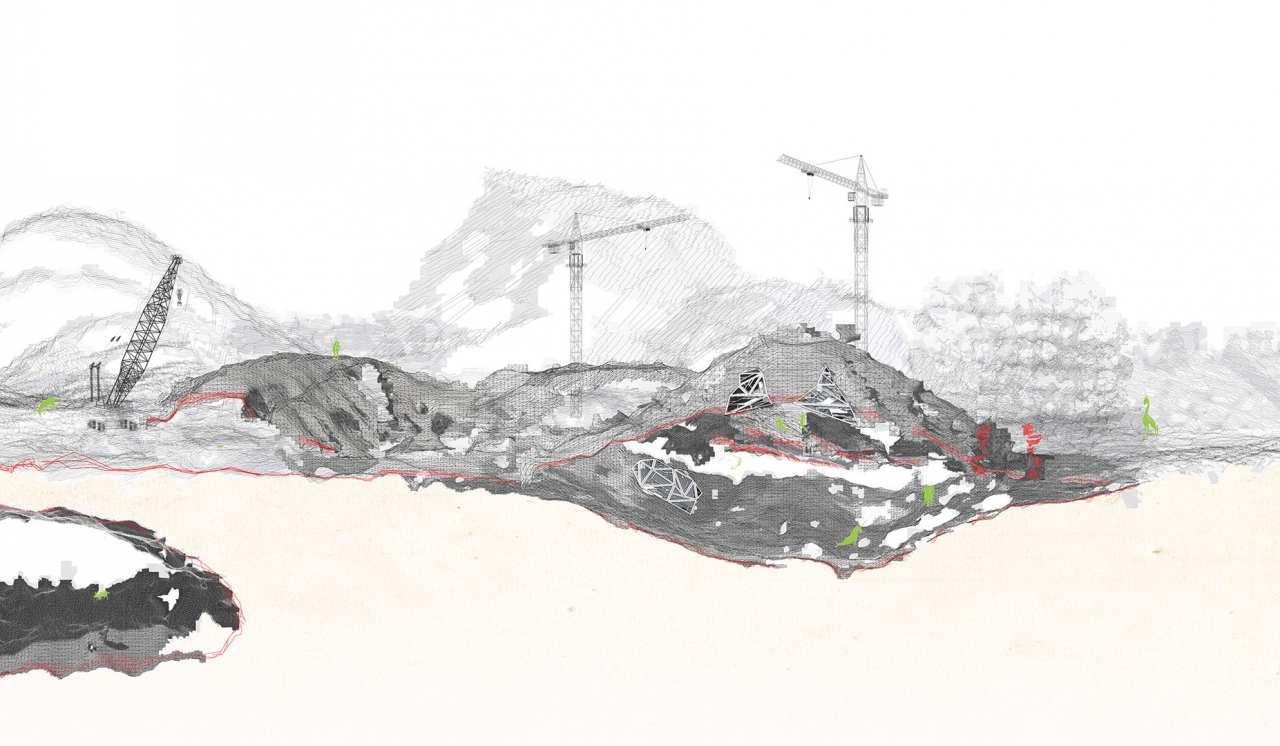 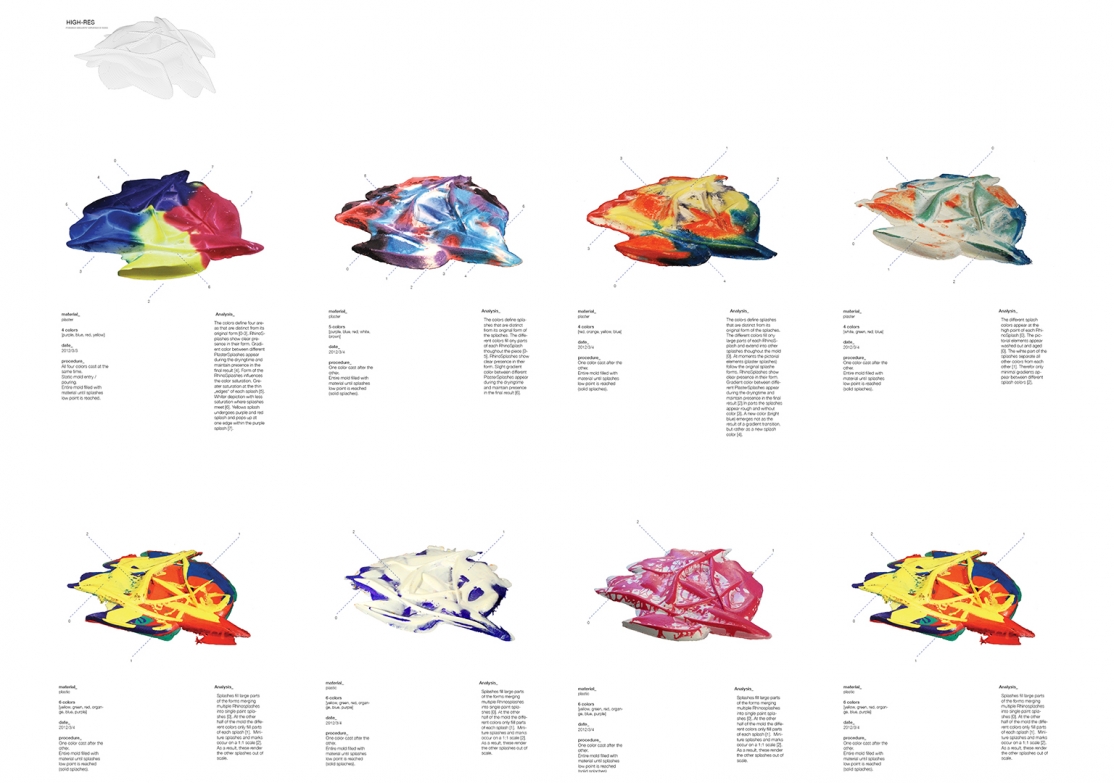 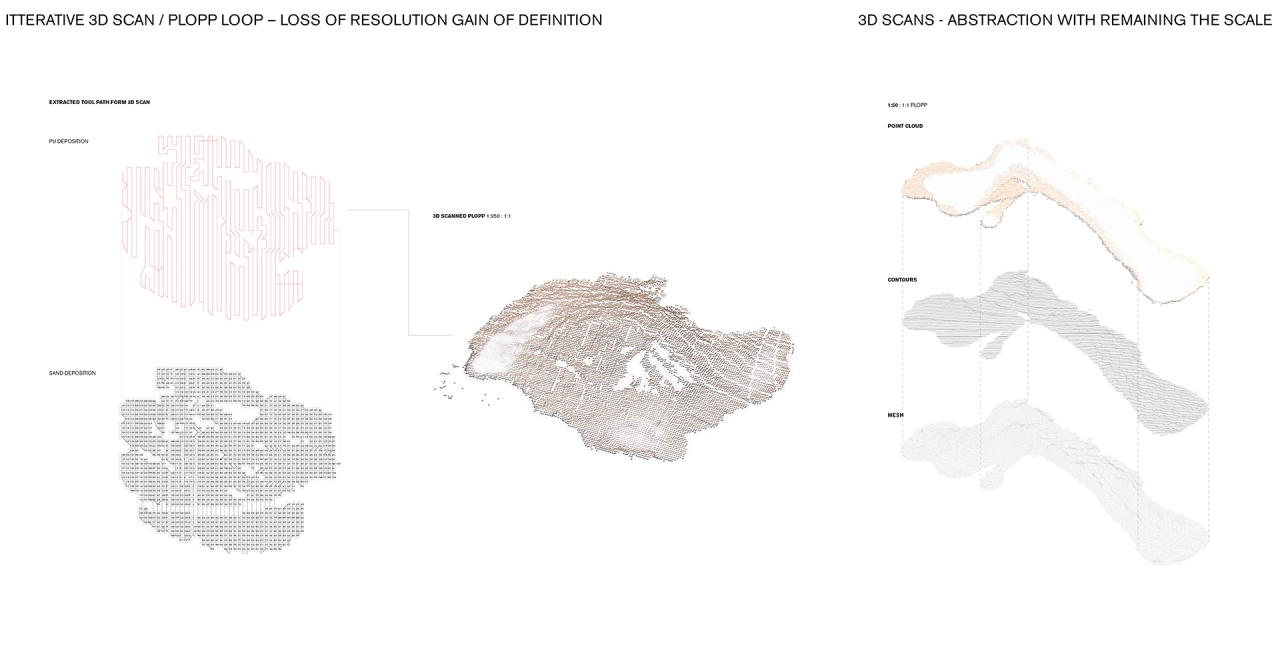 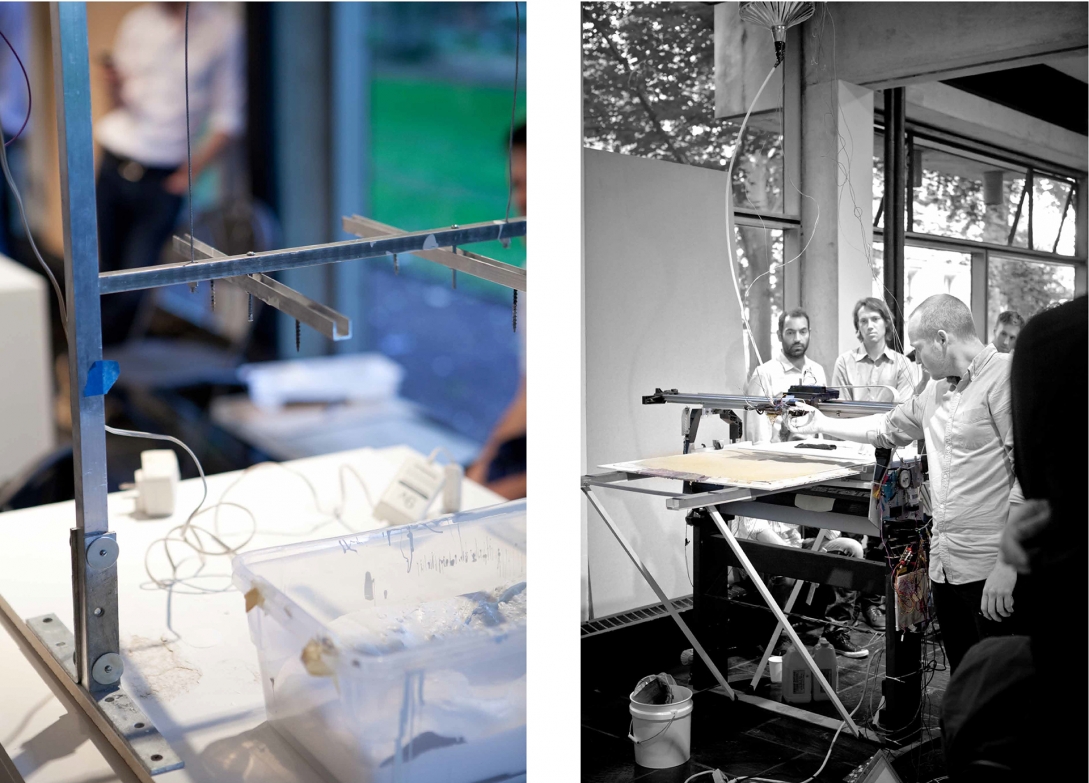 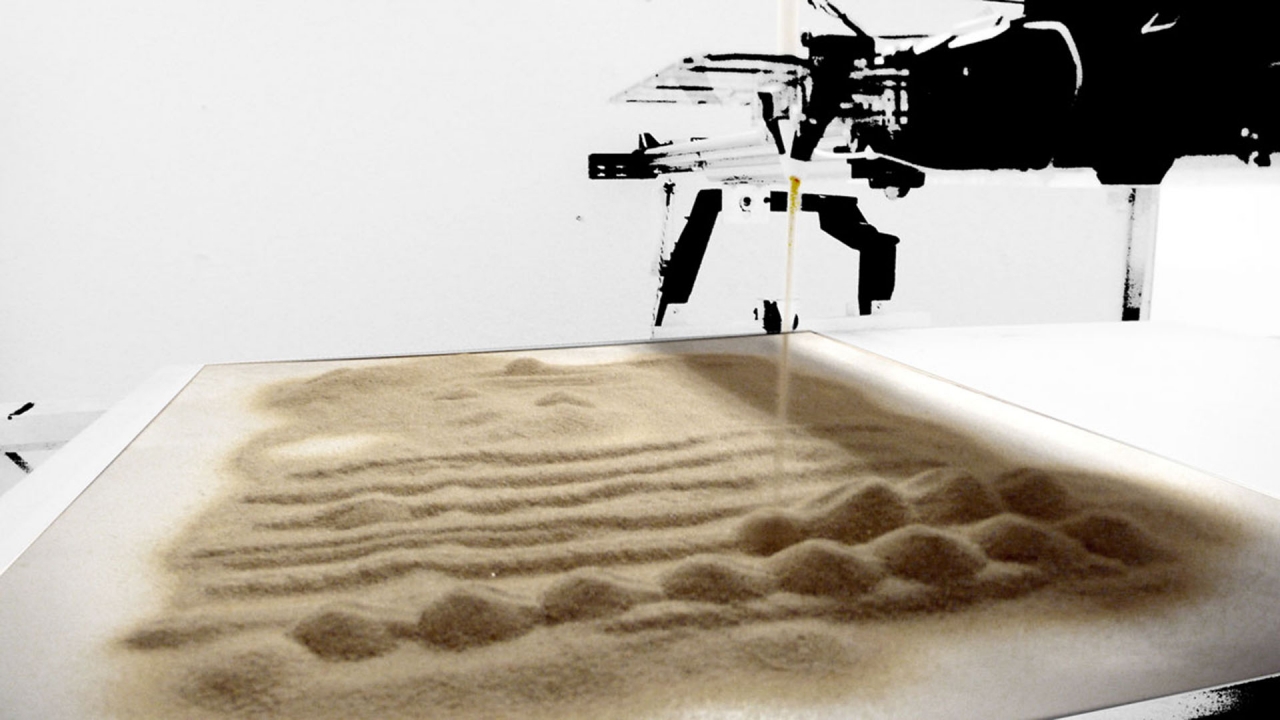 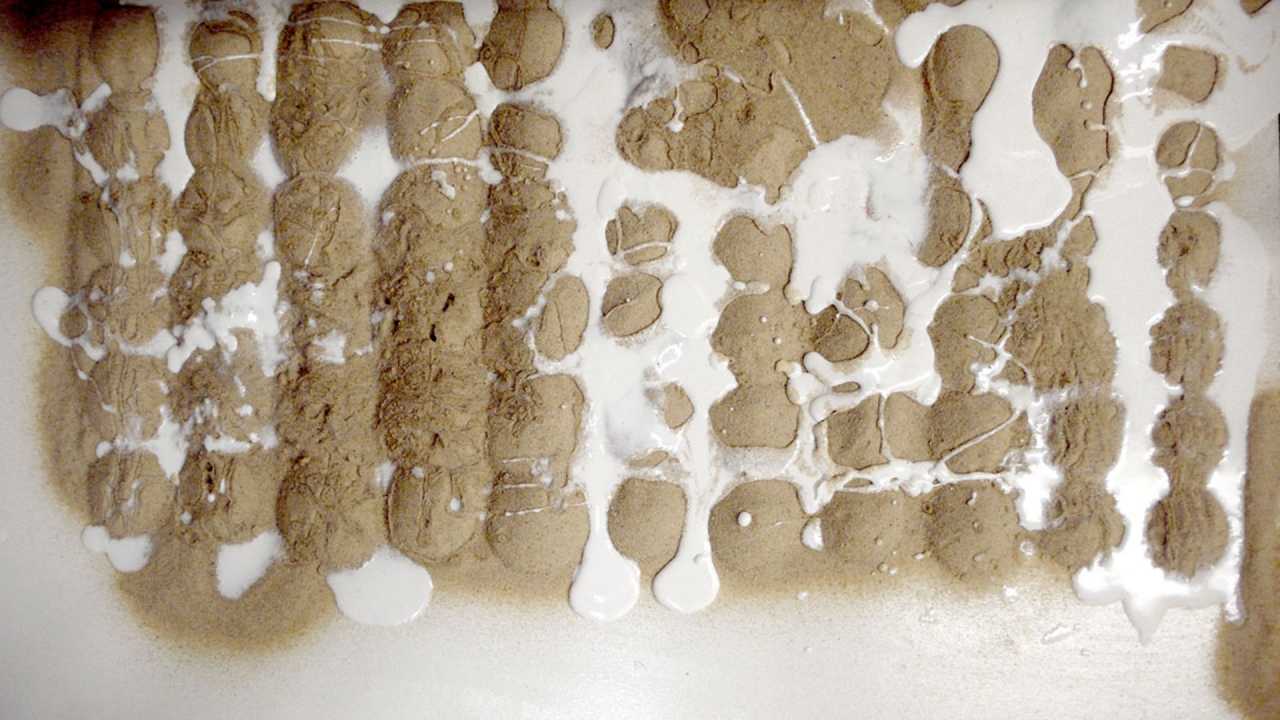 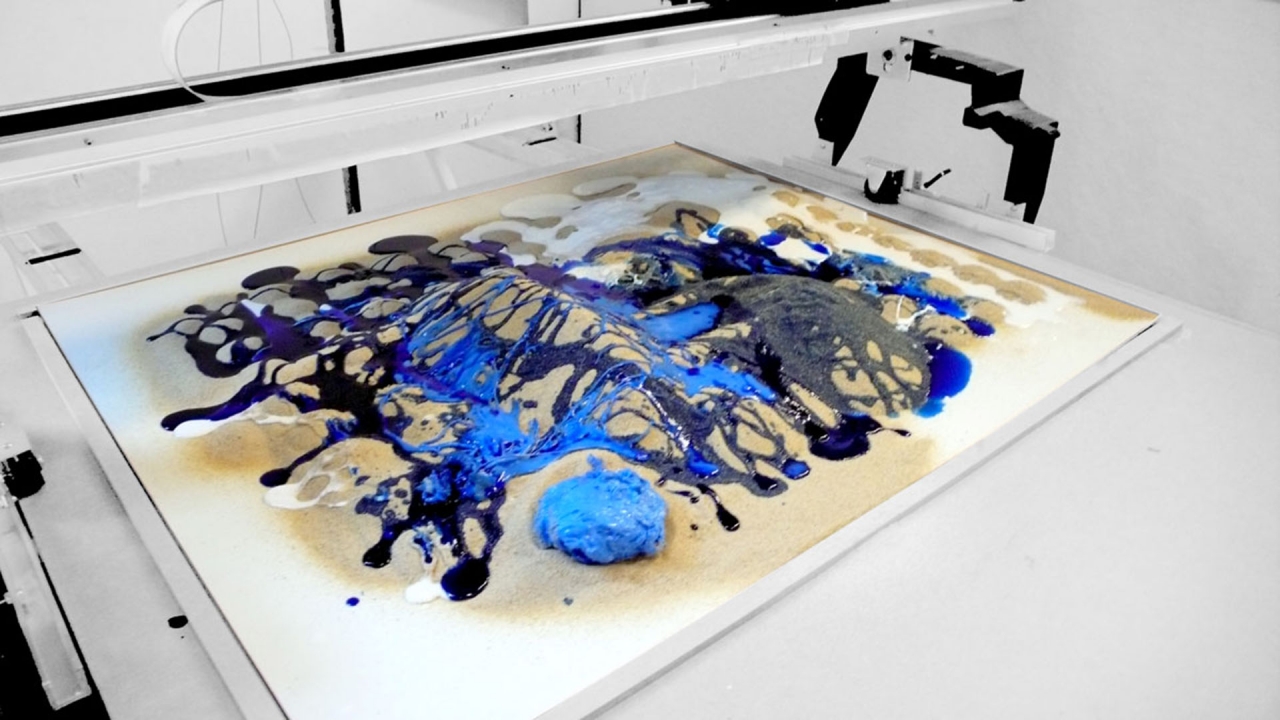 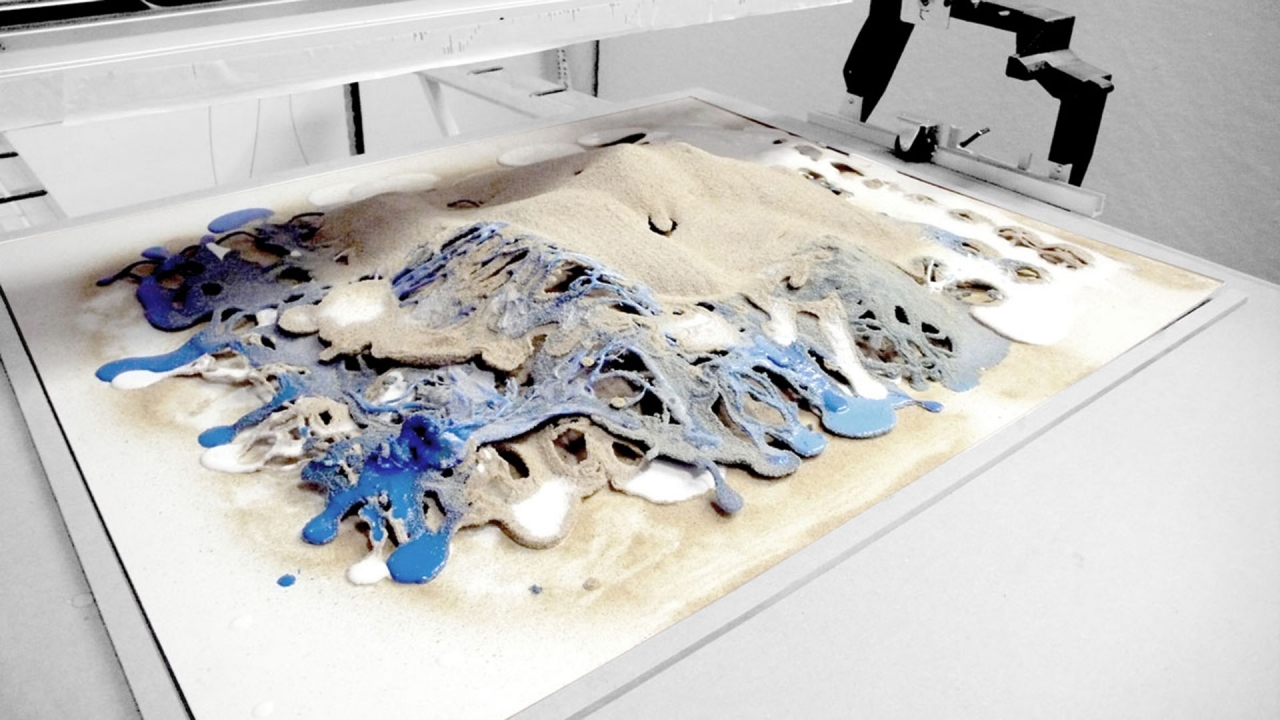 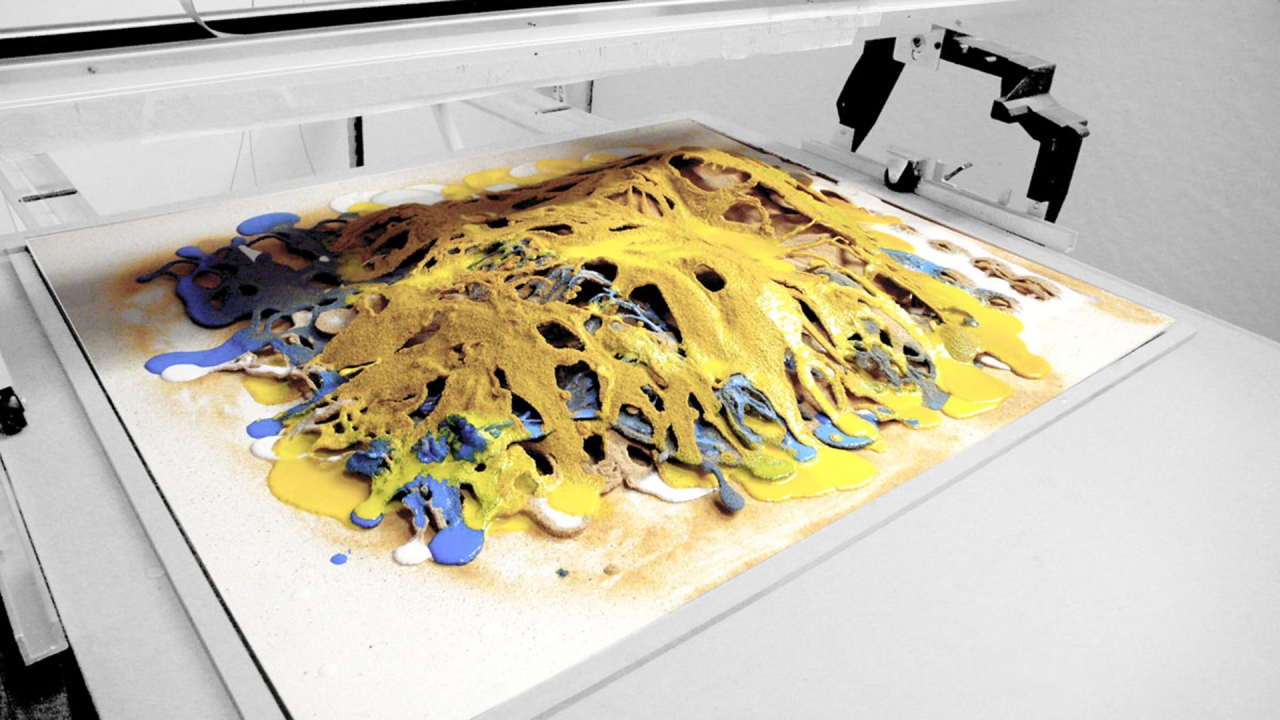 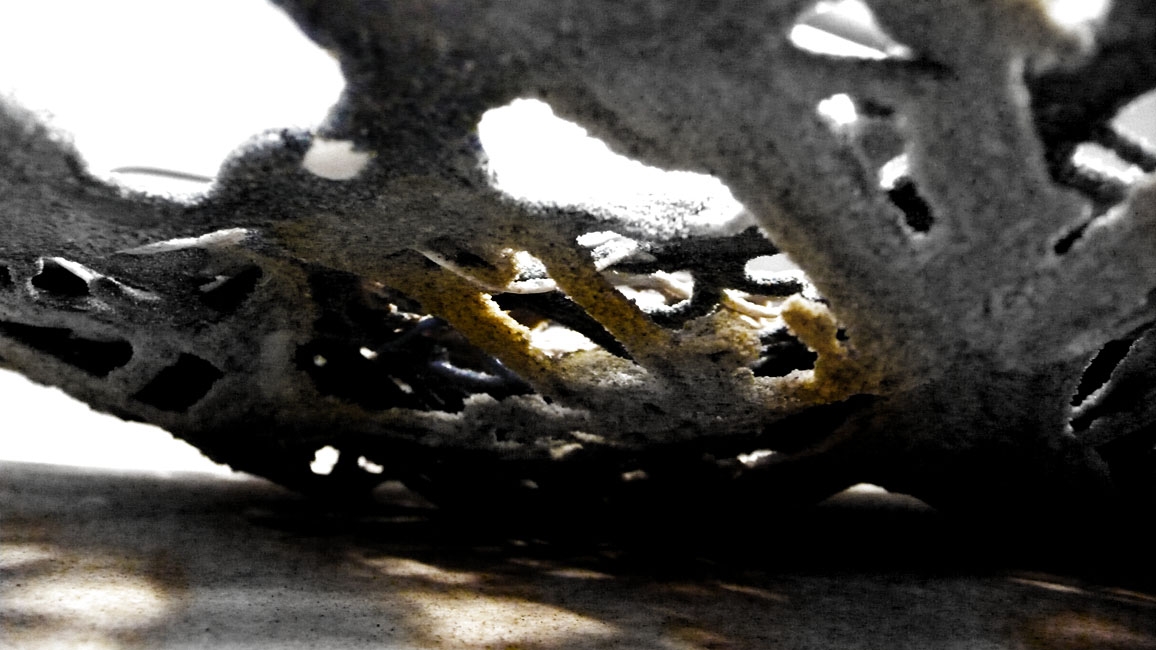 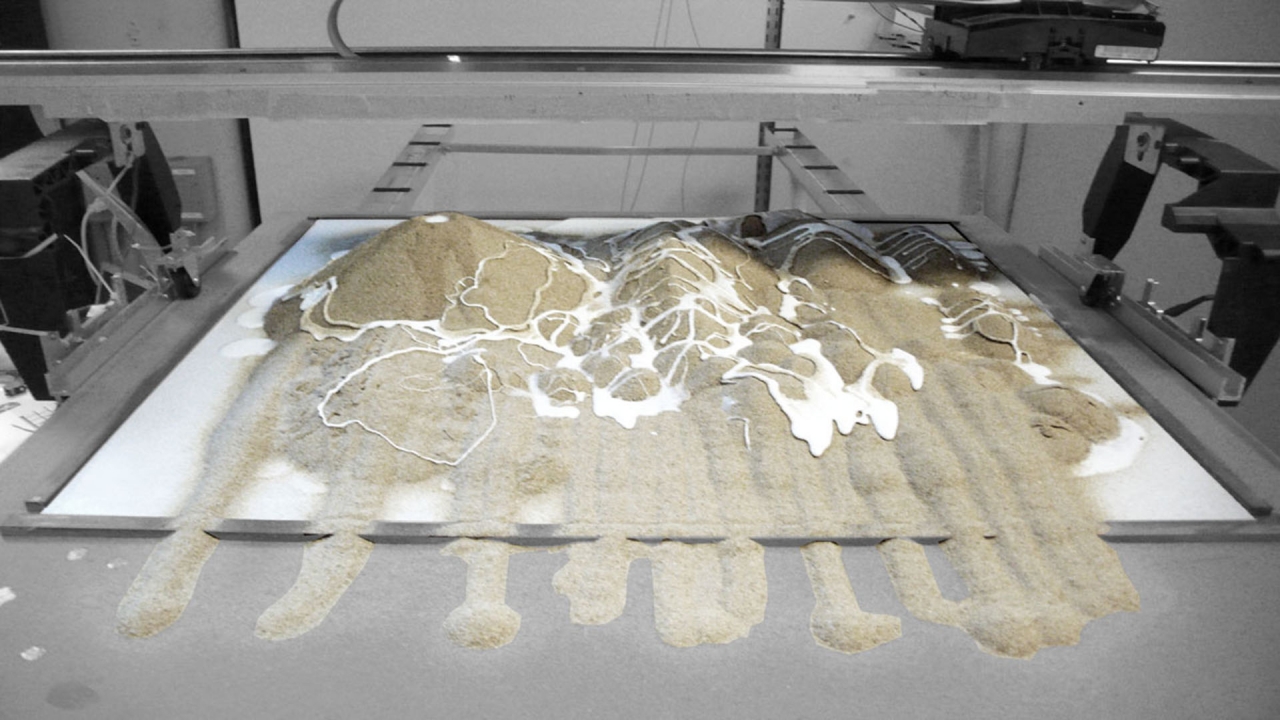 Architecture has reached a state of immanent high resolution. This thesis proposes an alternative methodology for a new resolution in architecture – away from the over-determined high-res to a new low-res architecture that operates with the grain of computation and the will of matter.

In our discipline, we established formal regularity, refinedness, precision and perfection to be the norm. [I want to make clear from the very beginning that resolution architecture for me, is not about formal definition and geometric complexity, but is rather rooted in determination and issues around scale. In this sense, the swiss box is equally high-res the Geheryian complexity, as all of the smooth slickness that the recent decade has produced.]

With the fetishization of the crisp impeccable, architecture has grown to a state of totalizing control and perfection: BIM models, 2d/3d modeling software, 3d rendering engines and contemporary computer numeric controlling increasingly feed our desire to describe and determine everything. In the end, we use all available technology towards one end: the seemingly high-tech forces the material manifestations to work against their nature. Building execution is reduced to a 1:1 mimetic relationship between buildings and the tools that created them. Or to put it differently, our discipline has produced a model in which planning and design are smart and agitated and execution remains dumb and still.

This thesis steps away from this model and instead proposes an alternative methodology in architecture that utilizes the physical scale of materials, their behavior and will, gravity and imperfection, control and chance – all within the implementation as means to design. In this approach to low-res, design determination is shifted into the realm of execution – planning/design and implementation become subject to a material osmosis.

In this framework medium specificity reveals itself as (1) a material condition, (2) as syndrome of the logics and mechanisms of computation and (3) as a state of scale. In low-res architecture role of resolution and control become immediate and necessary collaborators. The rule set of the process [here almost entirely mechanized [at times material, at other times immaterially rooted in the logic of computation]] is innately dependent upon increment, scale and dimension. Low-res architecture has an arbitrariness that feels awkward as it comes neither from the composed basis of architectural form [the legacy of composition in painting] nor the simple haphazard of the randomness of event [a table after a dinner party] – instead it feels at moments awkwardly casual.