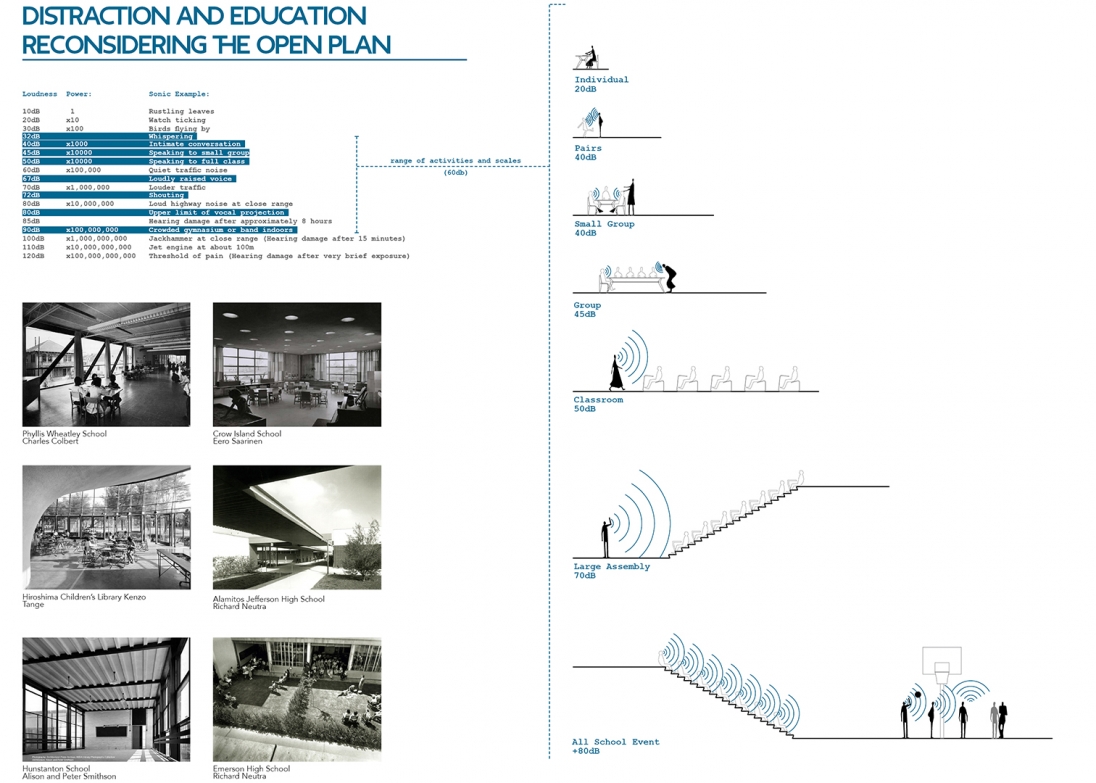 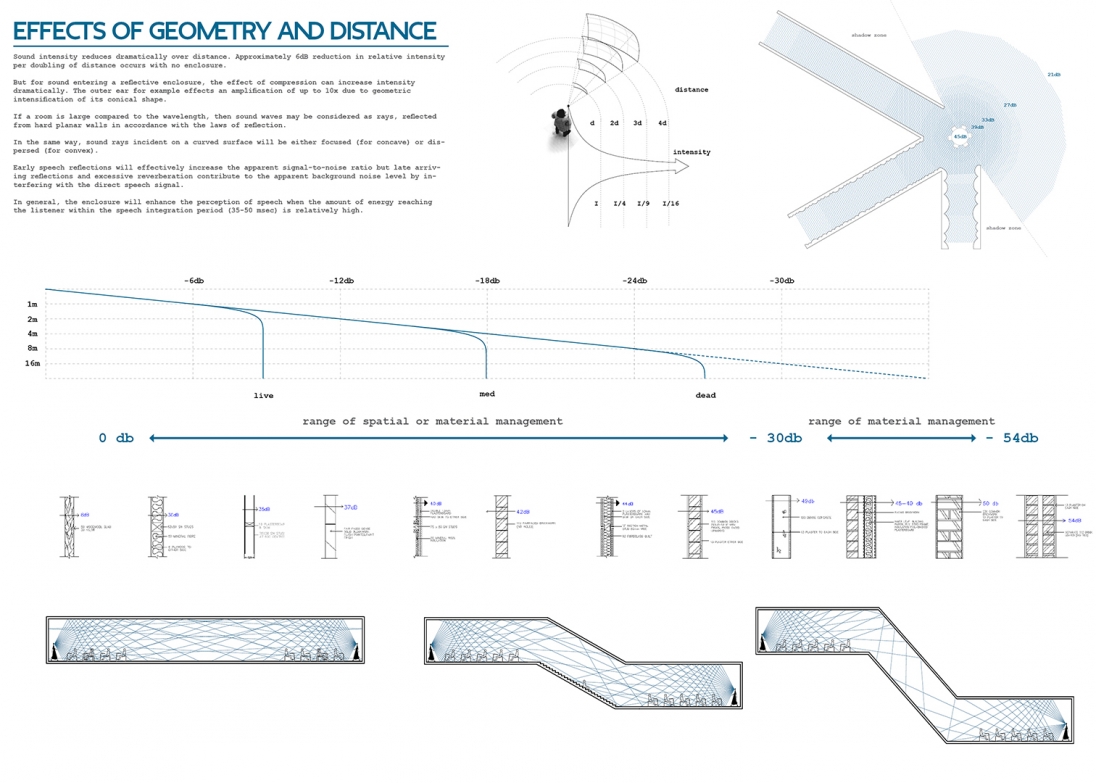 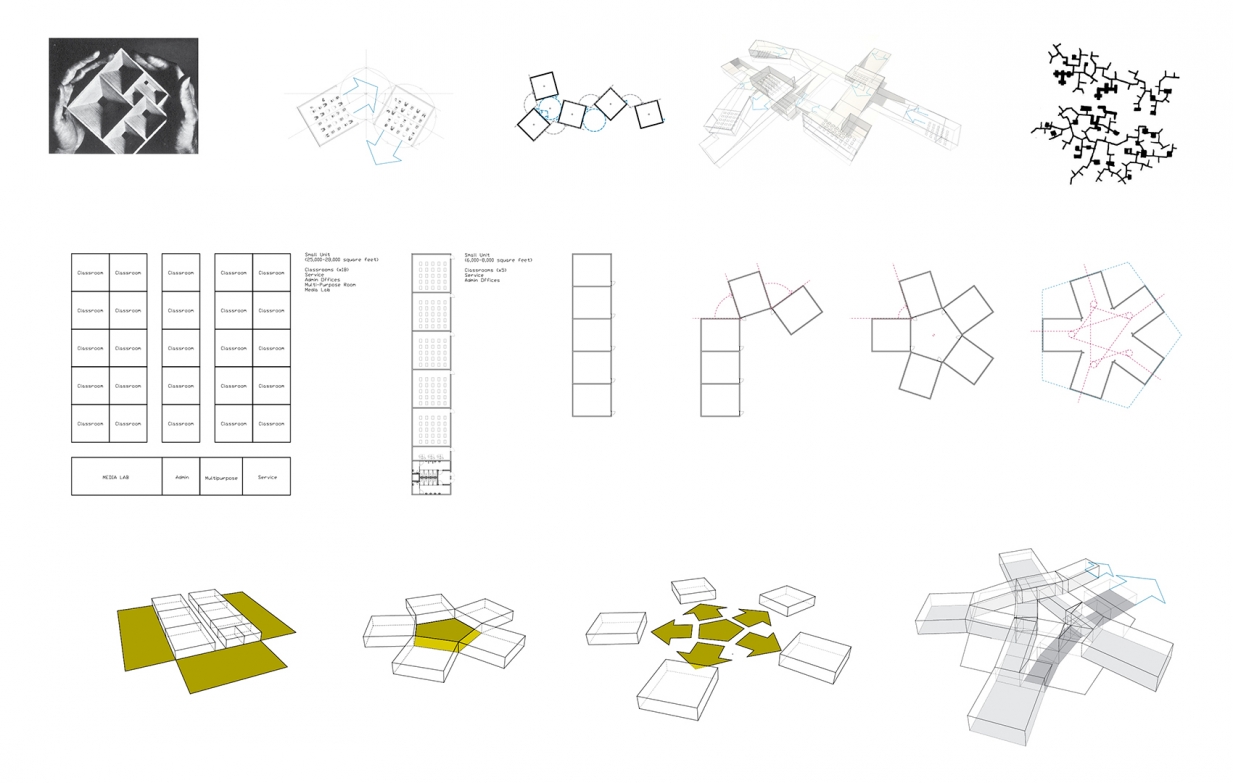 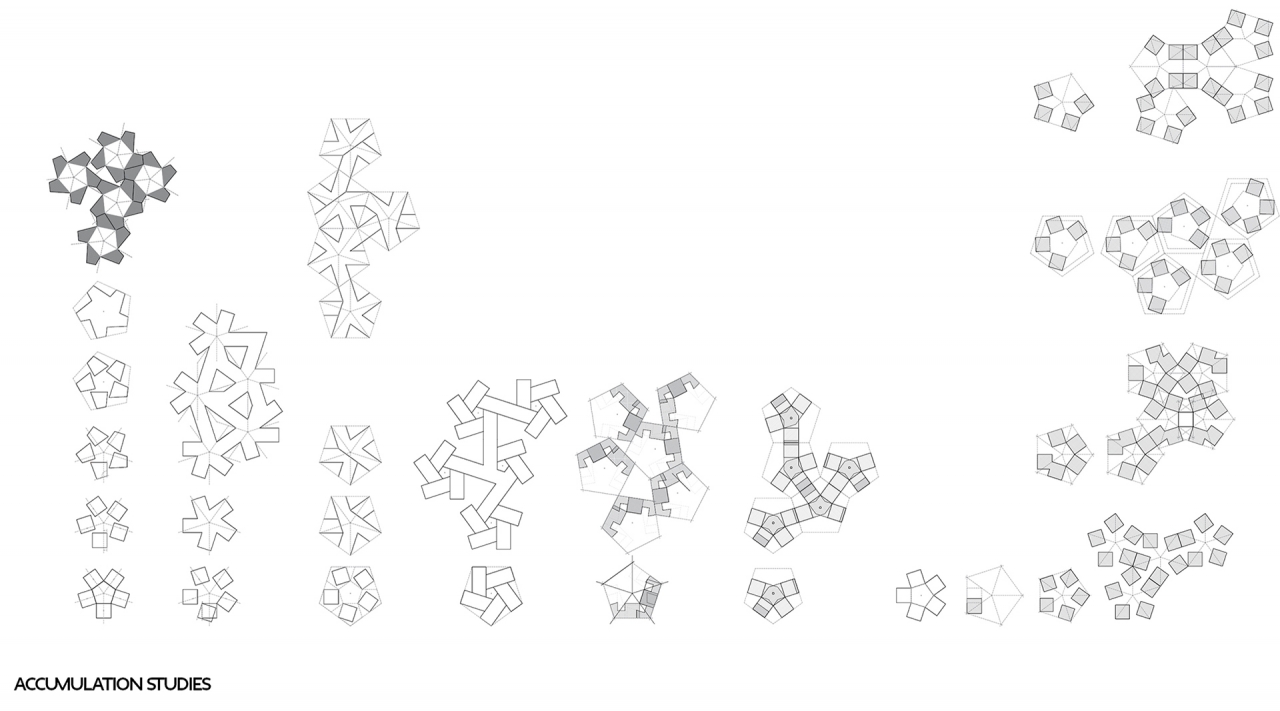 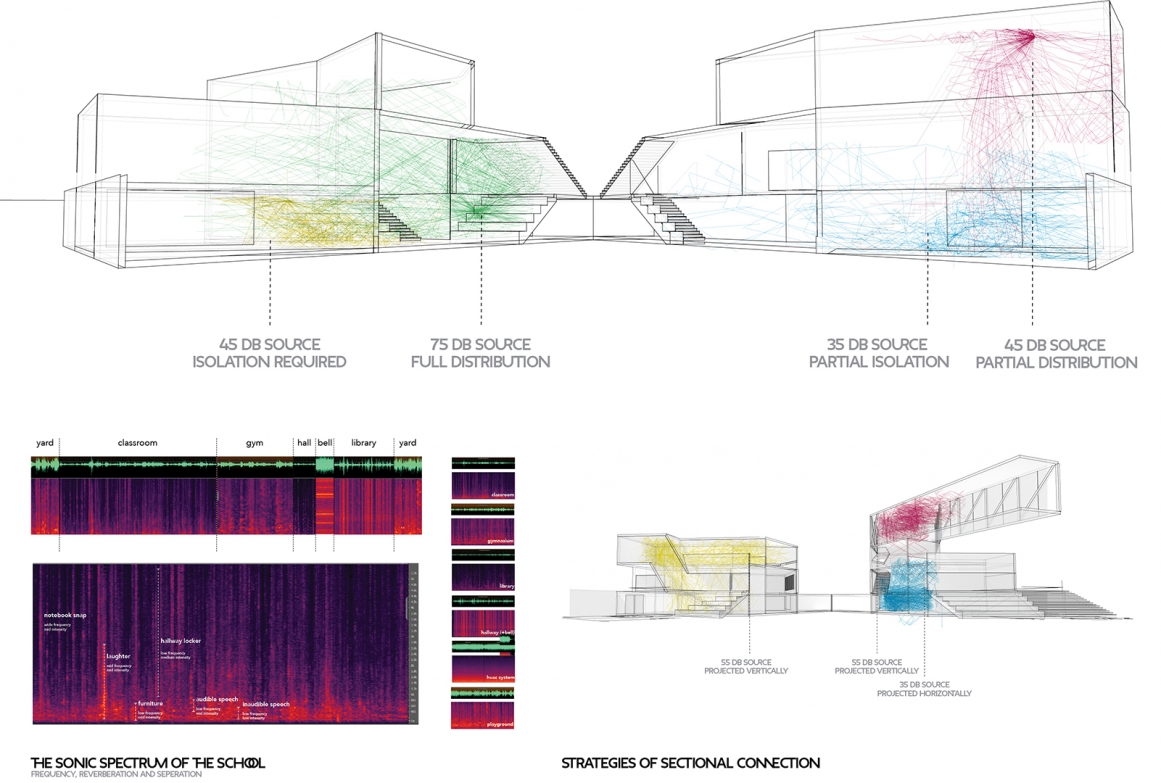 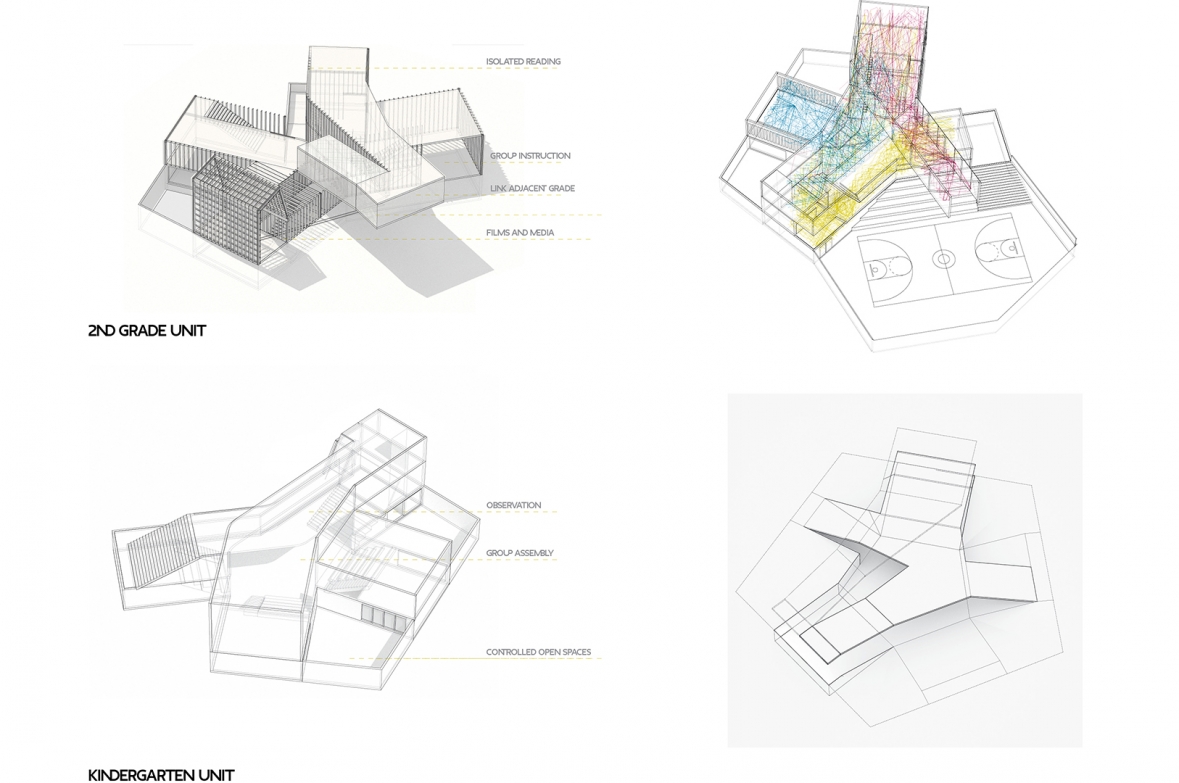 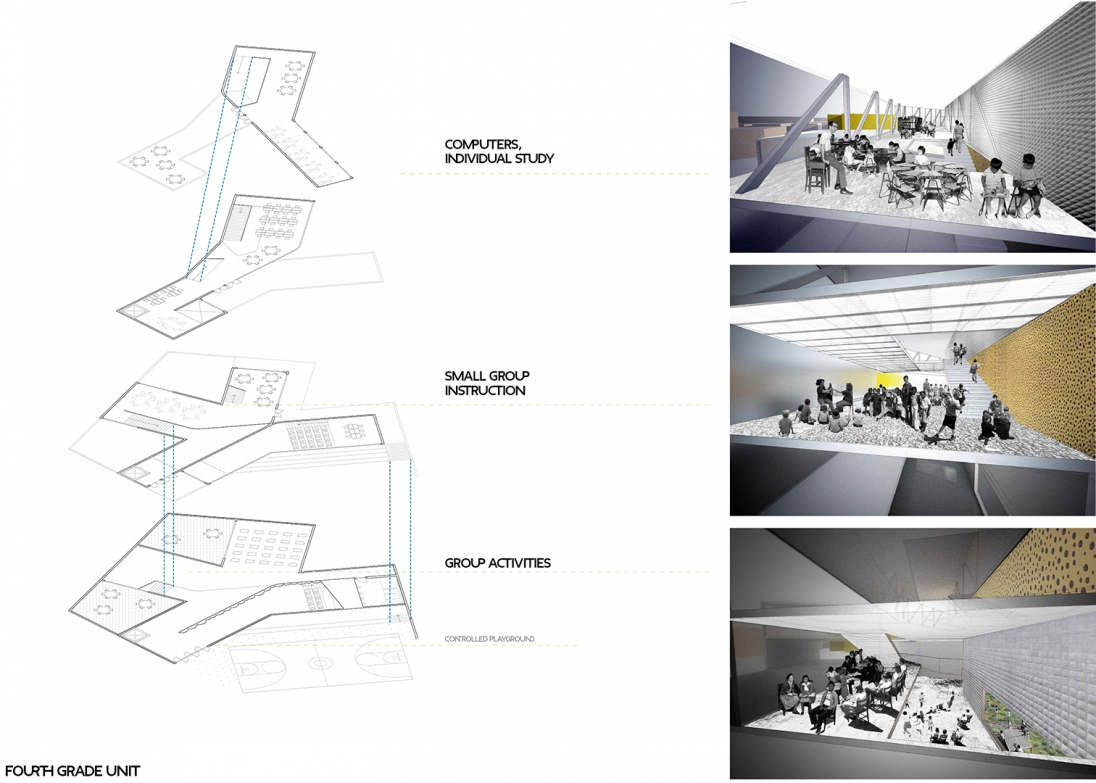 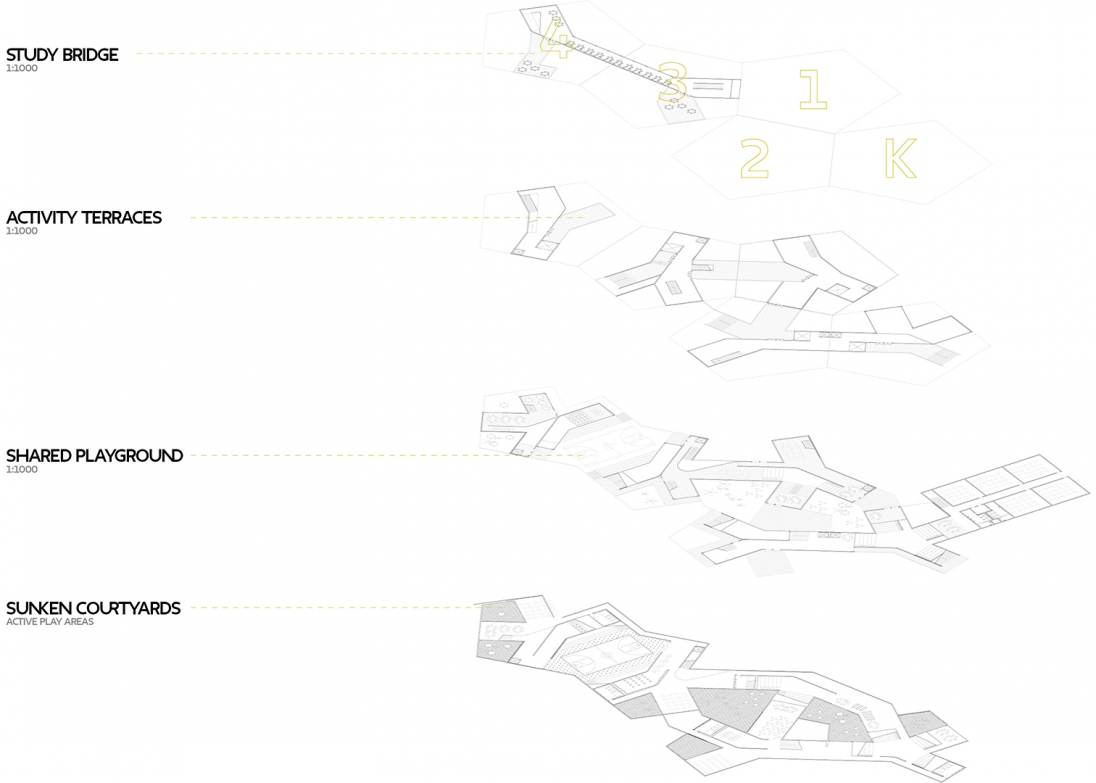 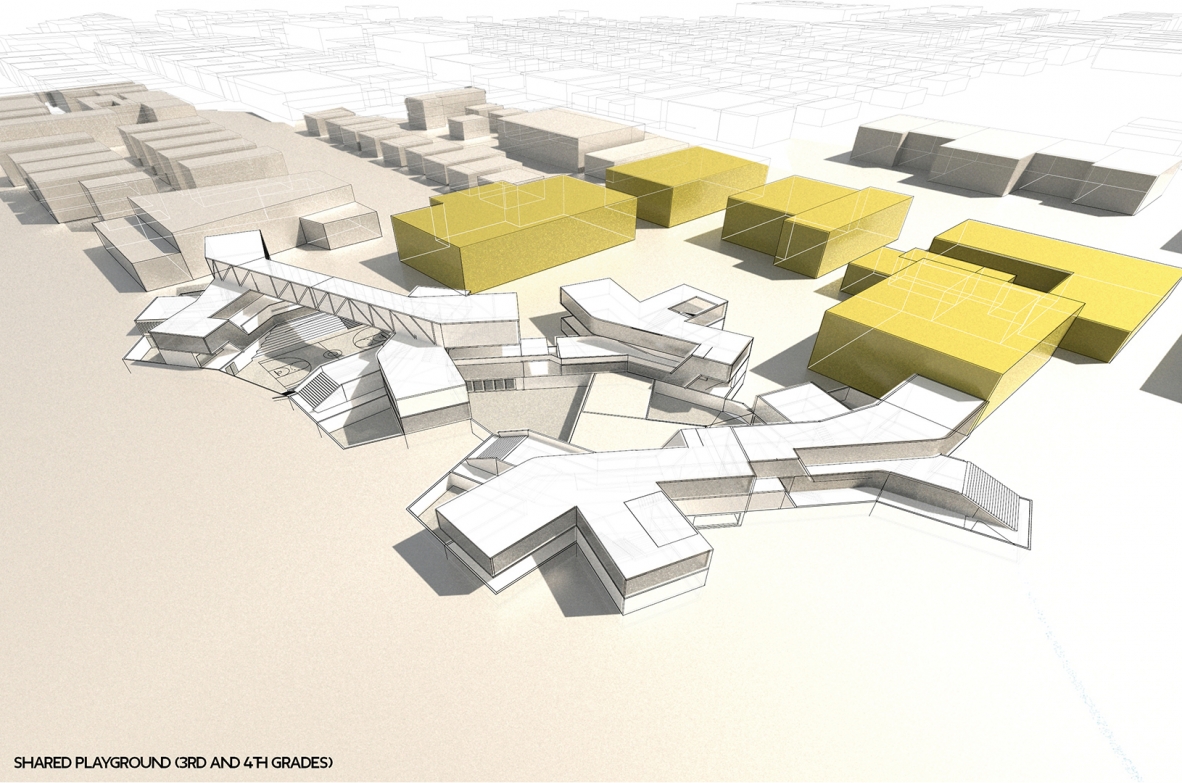 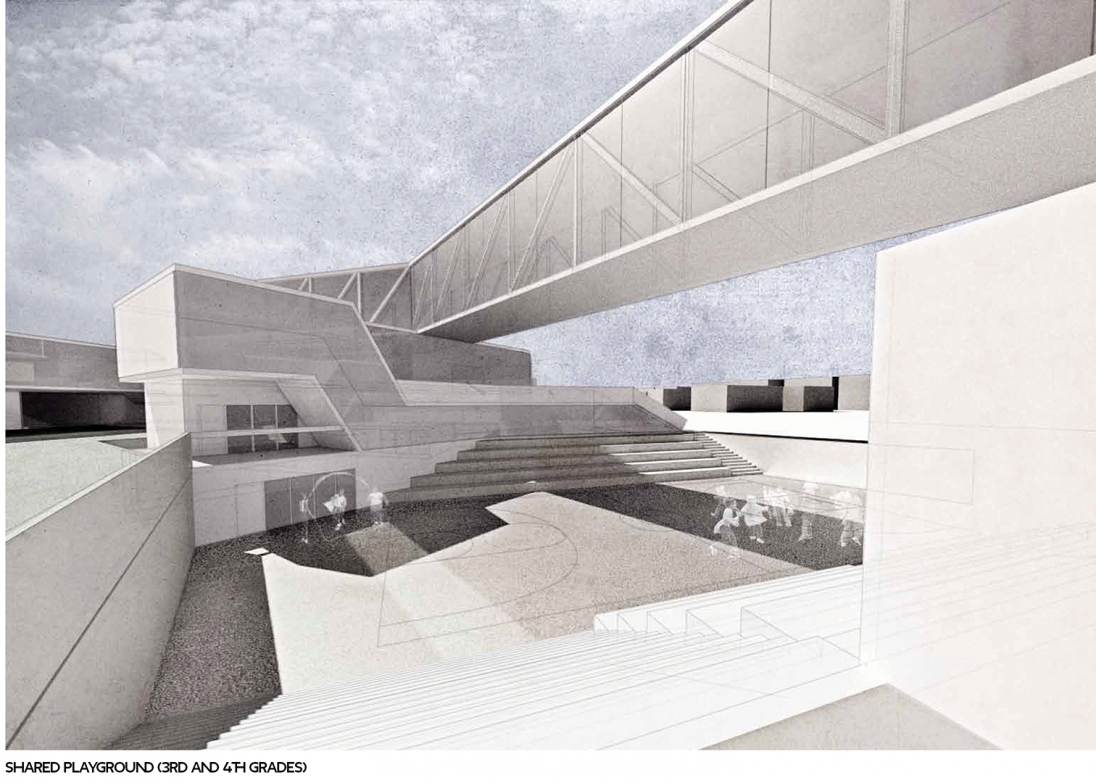 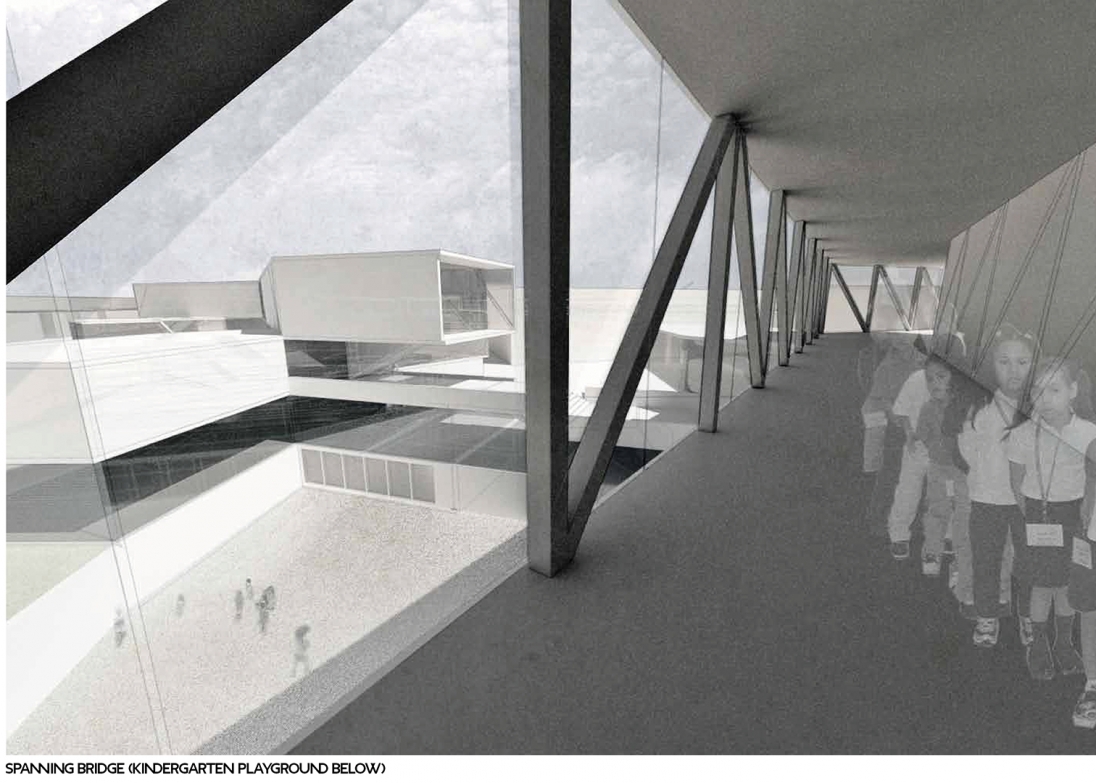 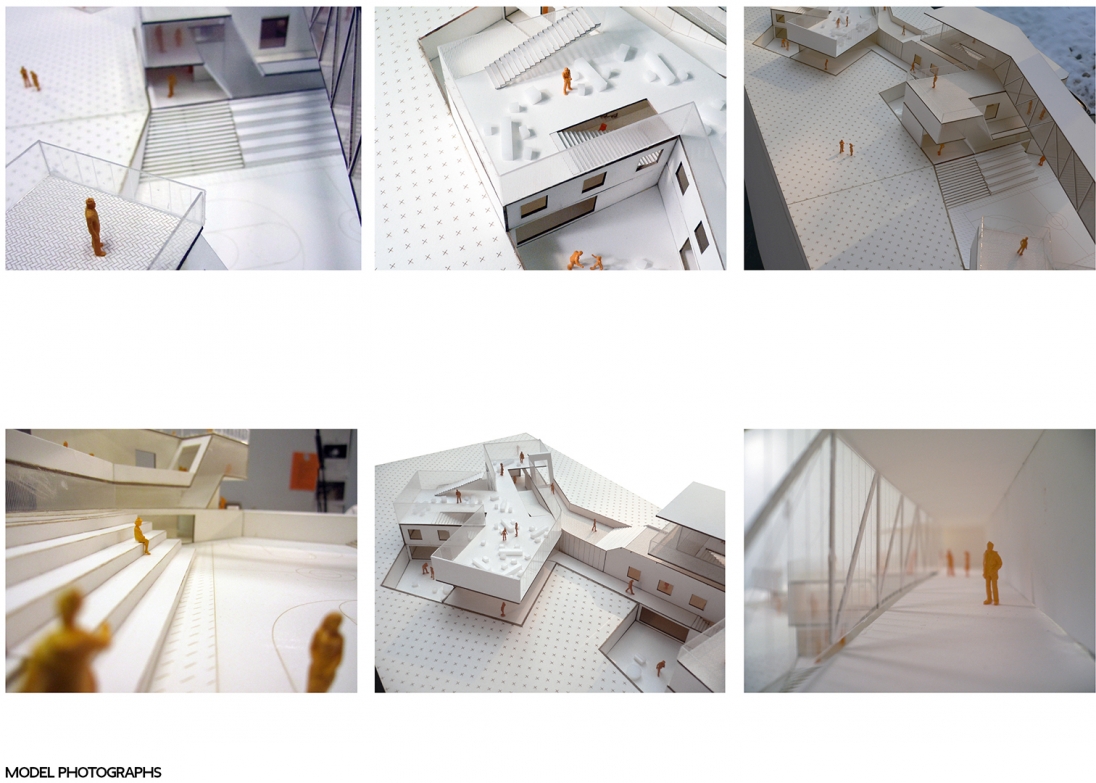 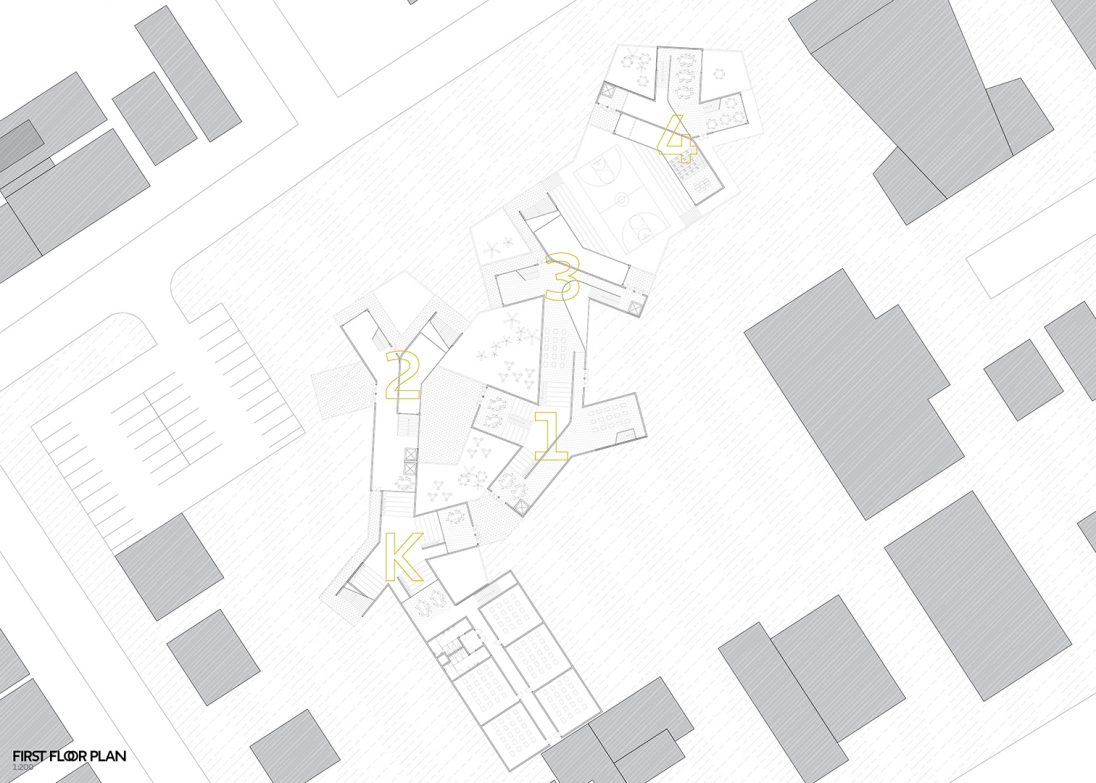 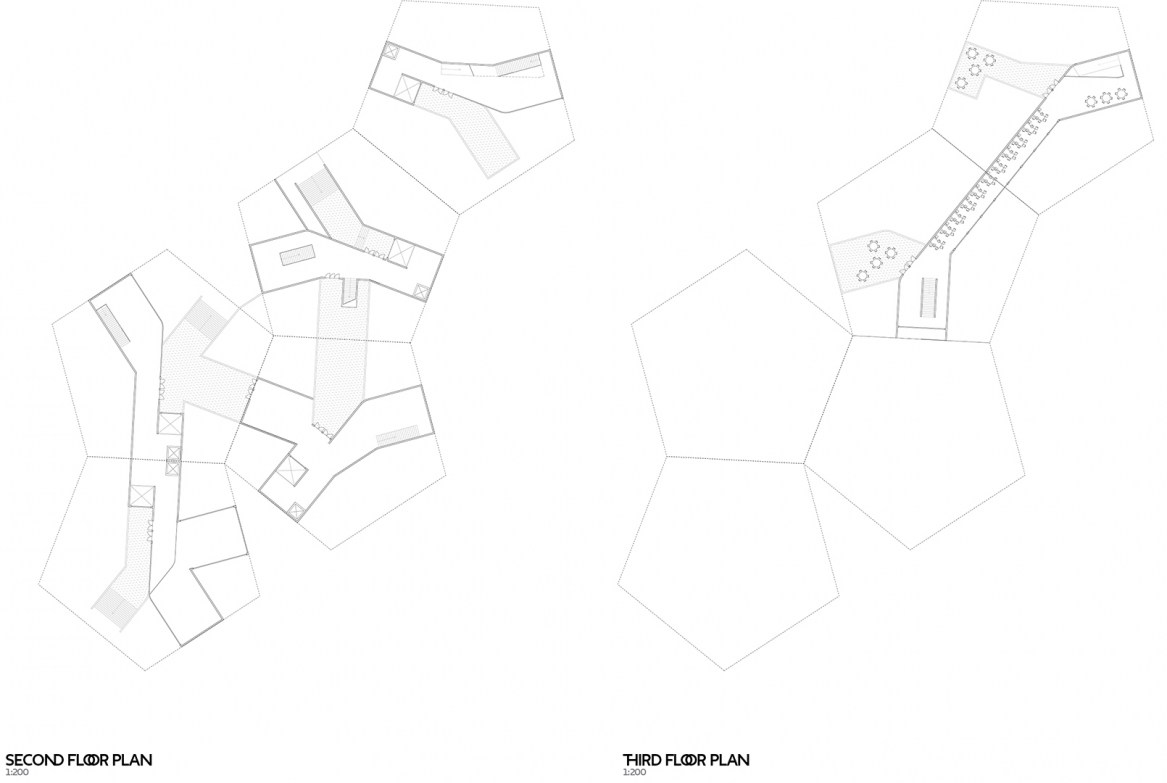 Noise is a cultural construct and as such it is implicated in architecture not only through sonic experience but also systems of organization, hierarchy and enclosure. It's definition depends less on volume or tone than on how much it interferes with whatever else might be happening. In some settings (concert halls, recording studios, theaters) where the relationship between performers and spectators is fixed, architecture is deployed to separate and isolate so that noise remains distinct from signal.

But in more prosaic contexts, such as schools, the distinction between productive influence and unwanted distraction is less clear. In these settings the tendency toward isolation produces discontinuity, separation and fixity that are at odds with the needs of educational programs that require scalability, flexibility and controlled exterior space. In the 1950's and 60's, the open-plan schools of Van Eyck, the Smithson's , Richard Neutra and many others rejected the compartmentalization of learning, socialization, and play to propose a flexible model of building and learning. This thesis aims to reclaim some of that ambition, recognizing noise not simply as a distraction, but as an essential component of education. It aims to produce a variety of different, but connected conditions geared toward the digitally, physically, and media adapted subject of the contemporary student.