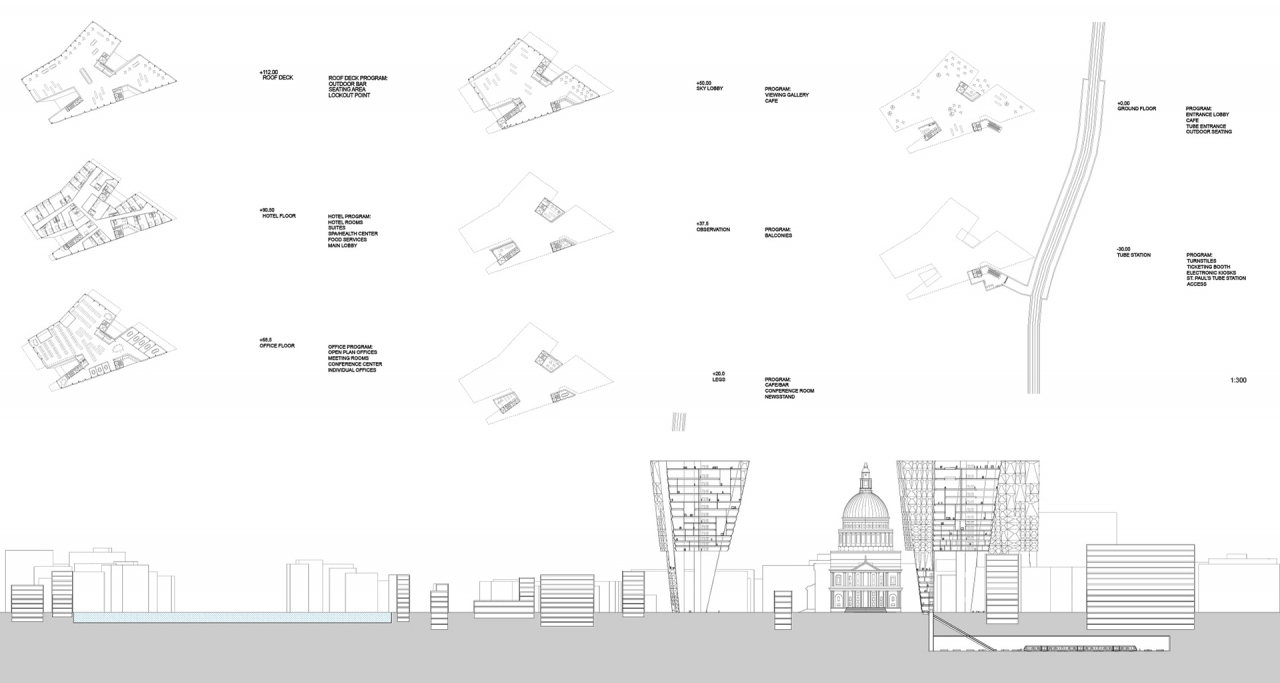 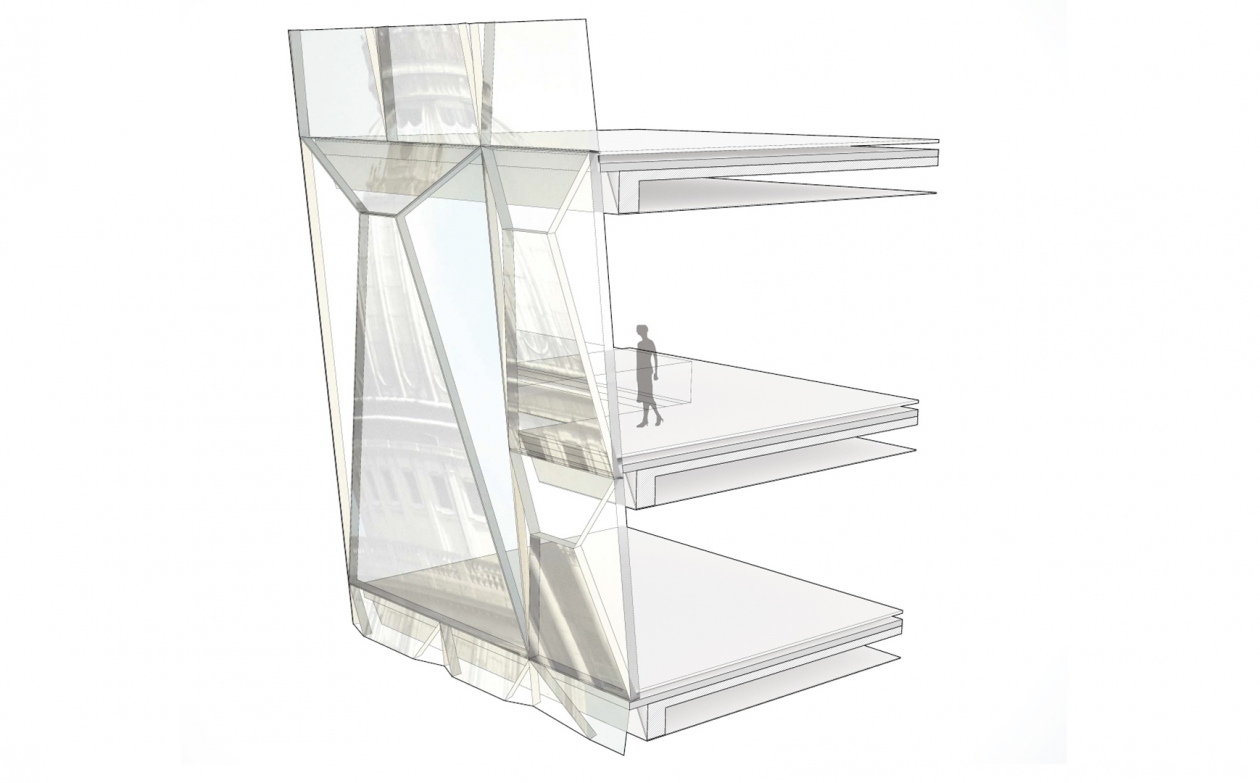 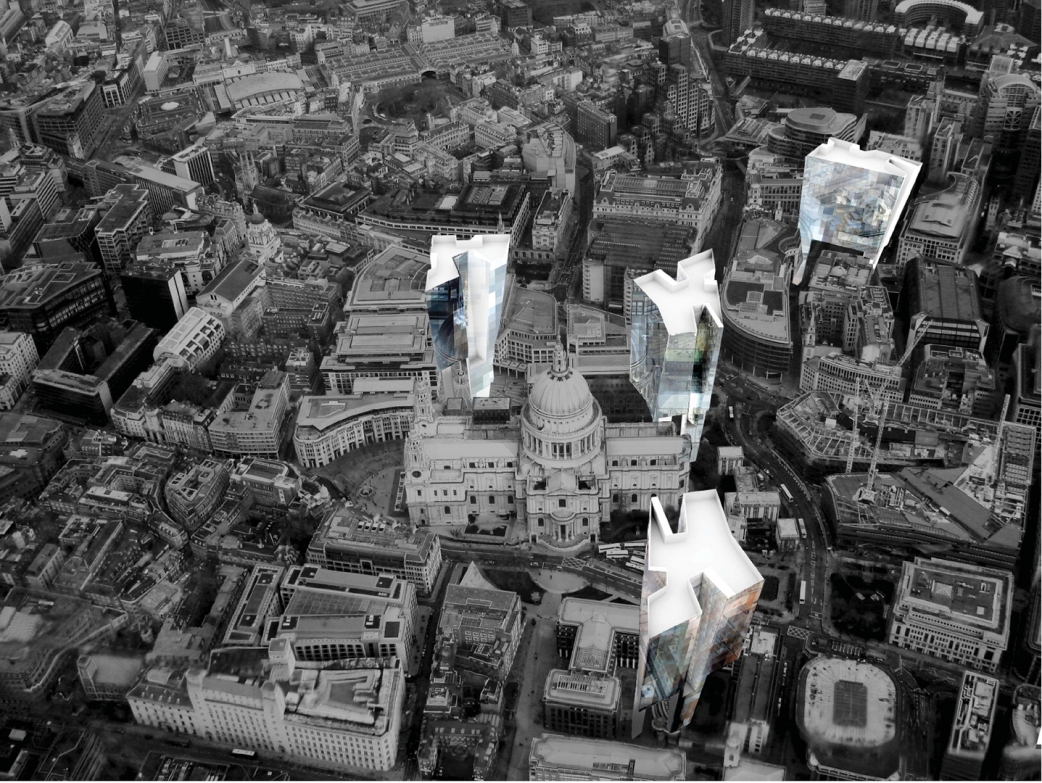 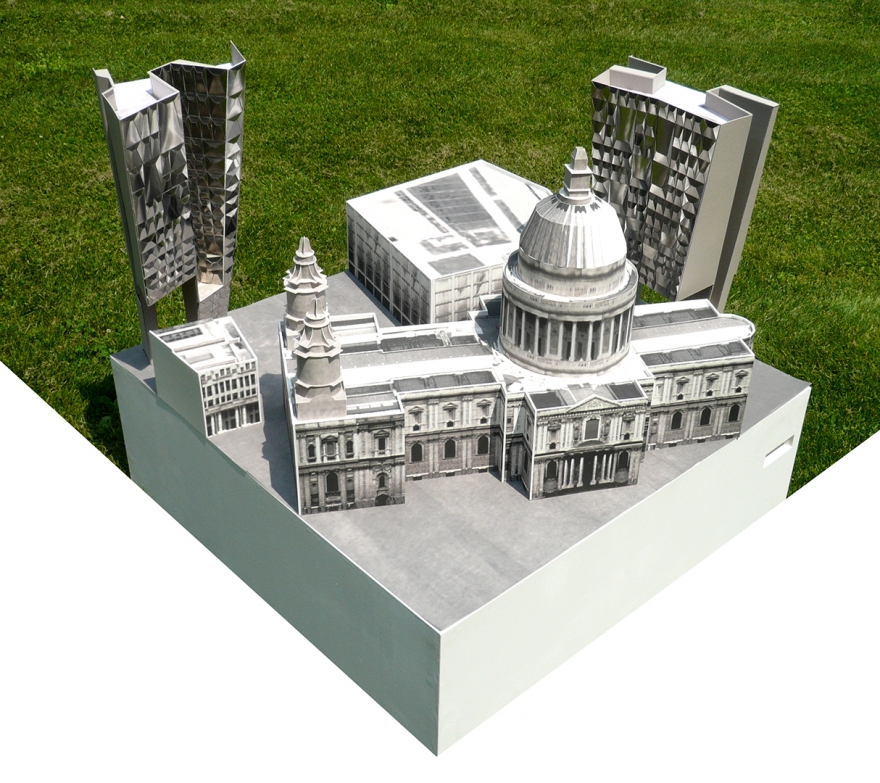 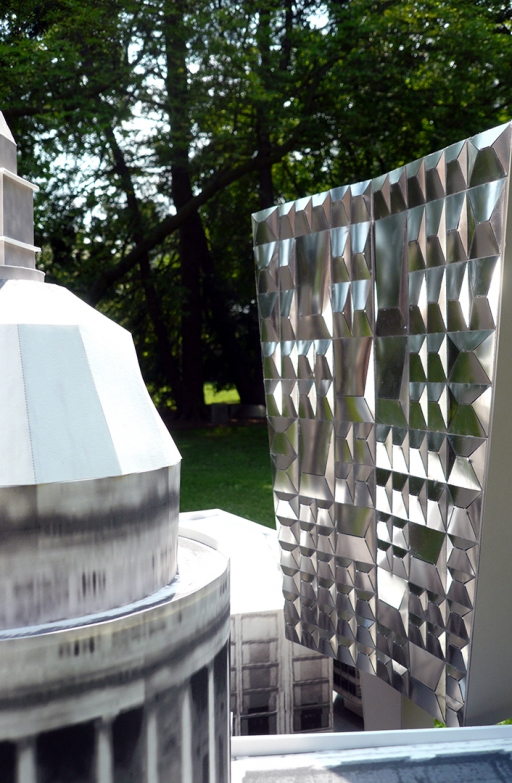 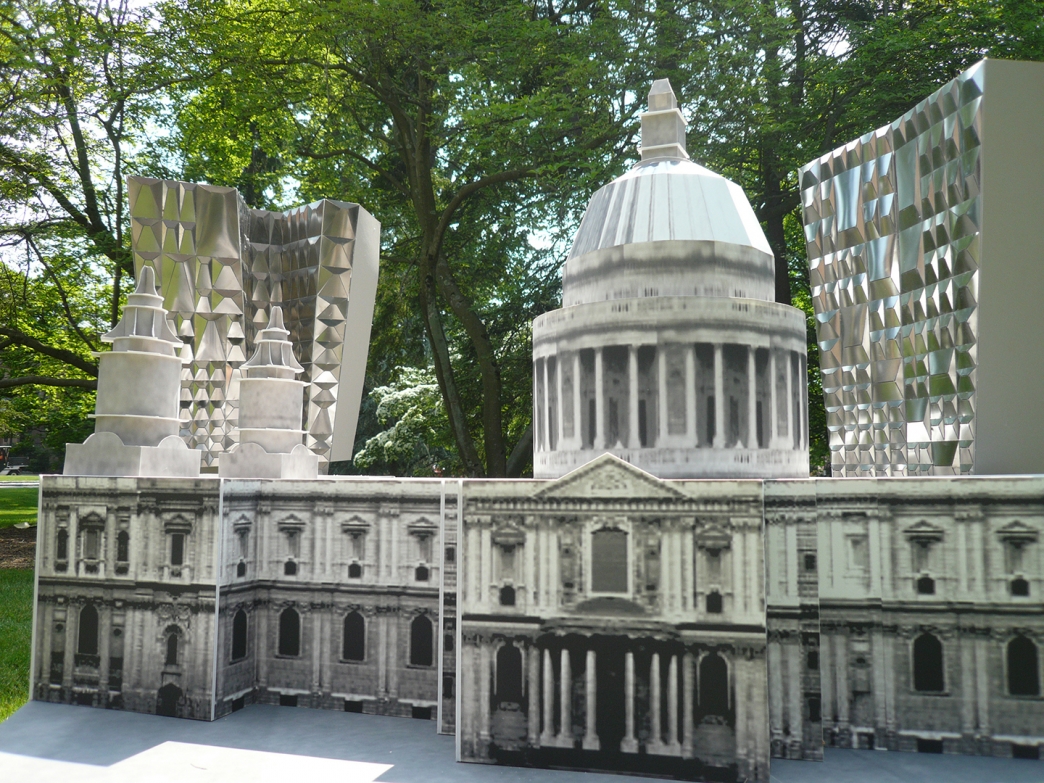 Property is typically conceived as the ownership of a physical object. The public preservation of views in London demonstrates that intangible entities are also property. Historically views have been critical to convey significance, impart political or military control, and manipulate perception. The London View Management Framework [LVMF] currently preserves iconic views with static geometric definitions of view corridors. While the protection of views as a form of ownership is relevant, the construction of these views is problematic. Single point perspectives are specified so that landmarks are viewed as idealized, perspectival constructs. Seen at a

distance they are flattened to the plane of an image.

This perpetrates a static perception of the city as well as freezing specific moments in time. London has historically been, and remains to be, a scattered city. Each borough has its own unique identity and governing body. The City of London (London's oldest borough and the one in which St.Paul's Cathedral is situated) in particular is preserved in a distinct moment of historical architectural significance. Recognizing that the city needs to, and inevitably will, develop and grow, leads to the question of how one can build in the context of the LVMF and its historical preservation stasis. Instead of â managing a view corridors through prohibition and stasis, this thesis proposes to occupy LVMF slices of the city in an attempt to engage existing monuments in

dialogue with other buildings. By displacing portions of the city from one site to another the absolute legibility of the city and its monuments is blurred. Through a play of reflections and refraction several buildings can work with each other to create a dynamic new condition. One in which not only the immediate context reflects back on a facade, but also the local context of another building situated elsewhere. In using faceted reflective glass the one to one reading that the LVMF promotes is further dispersed and multiplied, monuments are no longer solely seen from singular static and distant vantage points, but instead begin to engage in dialogue with new buildings which animate and multiply perceptions of the city through movement. Four sites in the city of London are the subject of this investigation, focusing on one site in particular to develop a proposal that multiplies perception by introducing movement and temporality into the experience of the contemporary city. Using these four sites the proposed buildings can then not only reflect the existing context, but also each other, in an attempt to transpose one building as context onto another. Turning the singular idealized perspective on its head in an approach more in tune with a contemporary cinematic perception of the city.