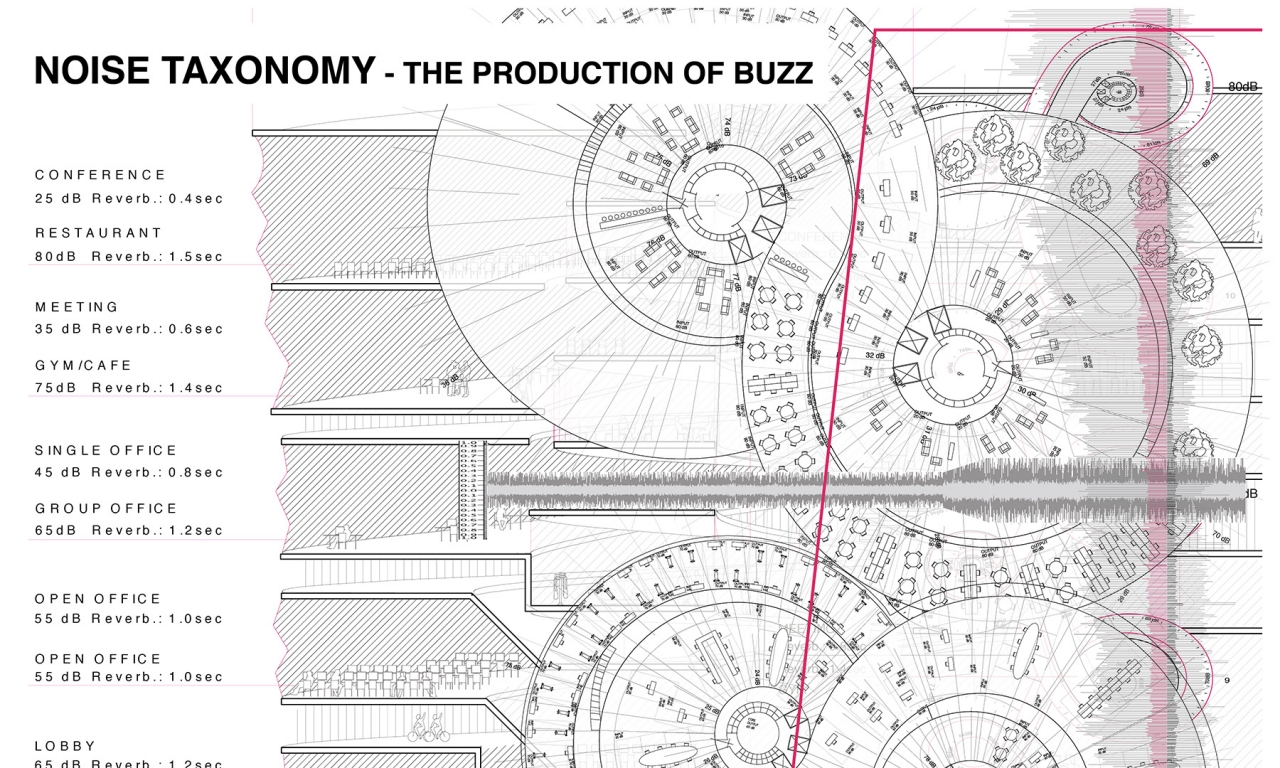 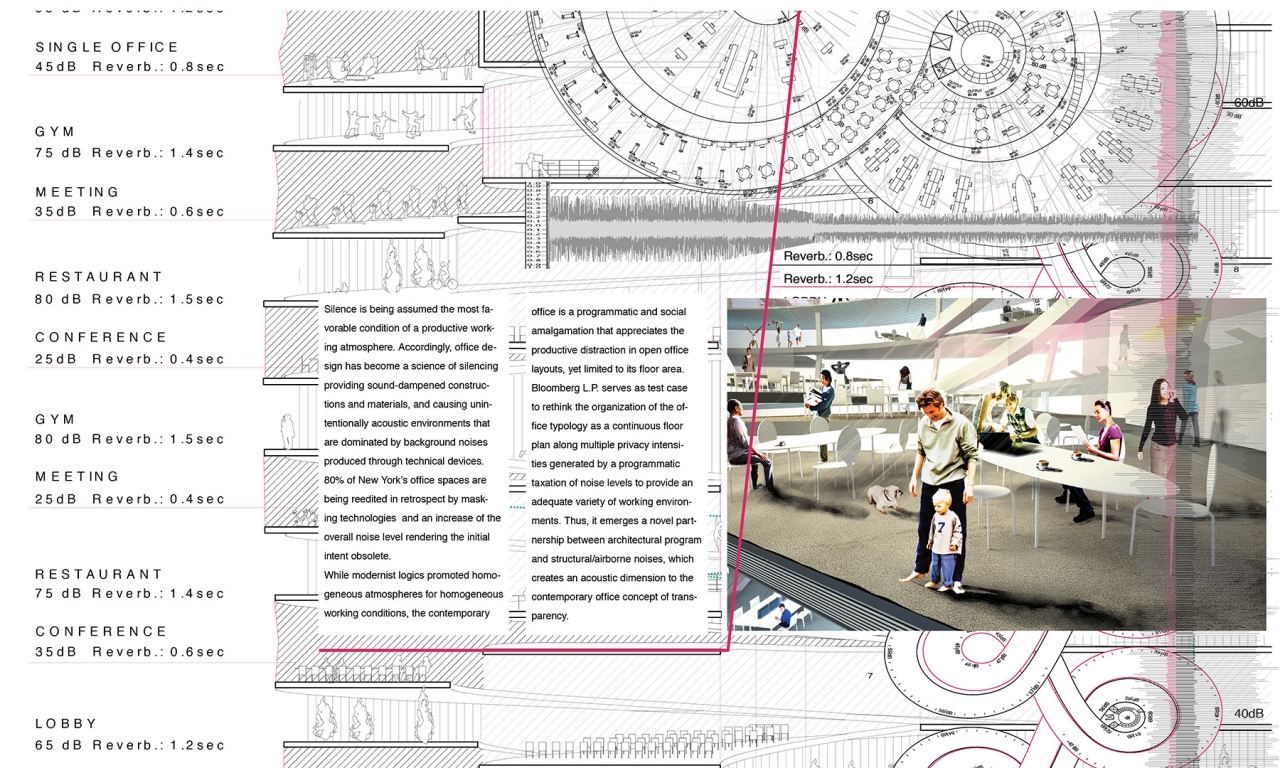 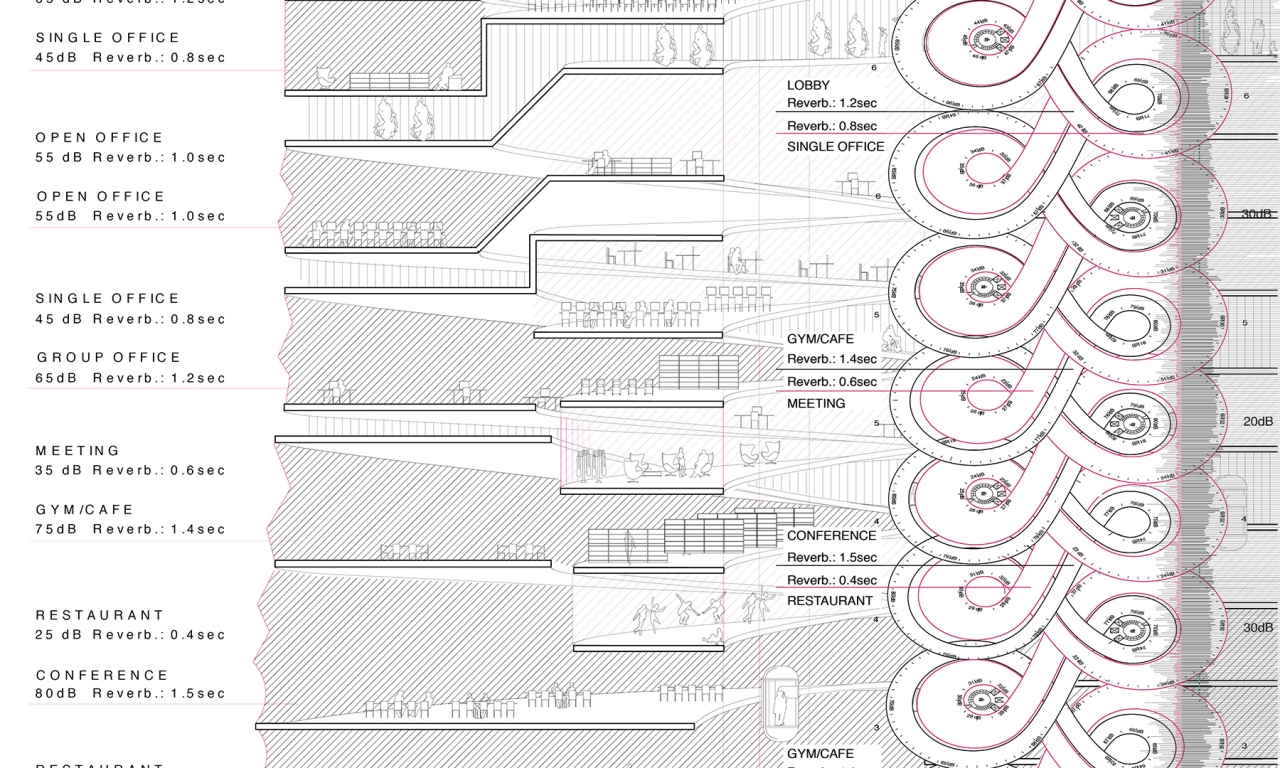 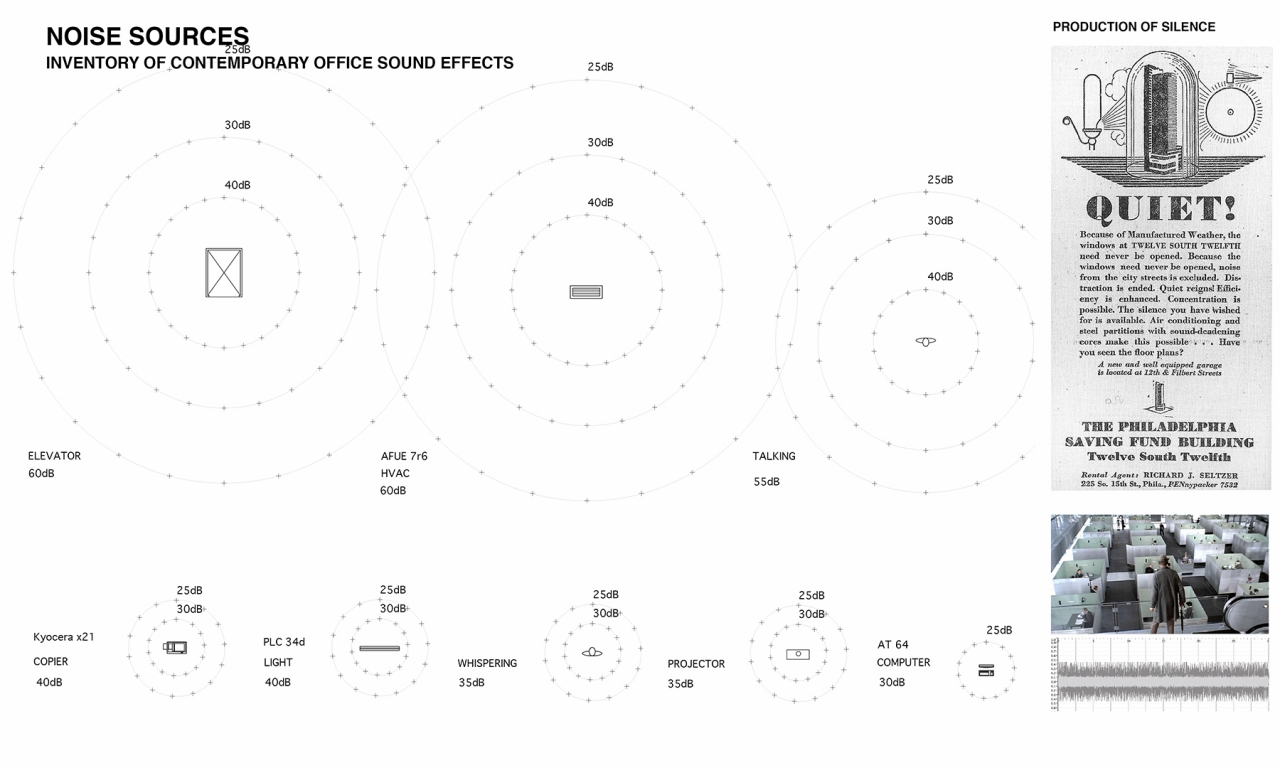 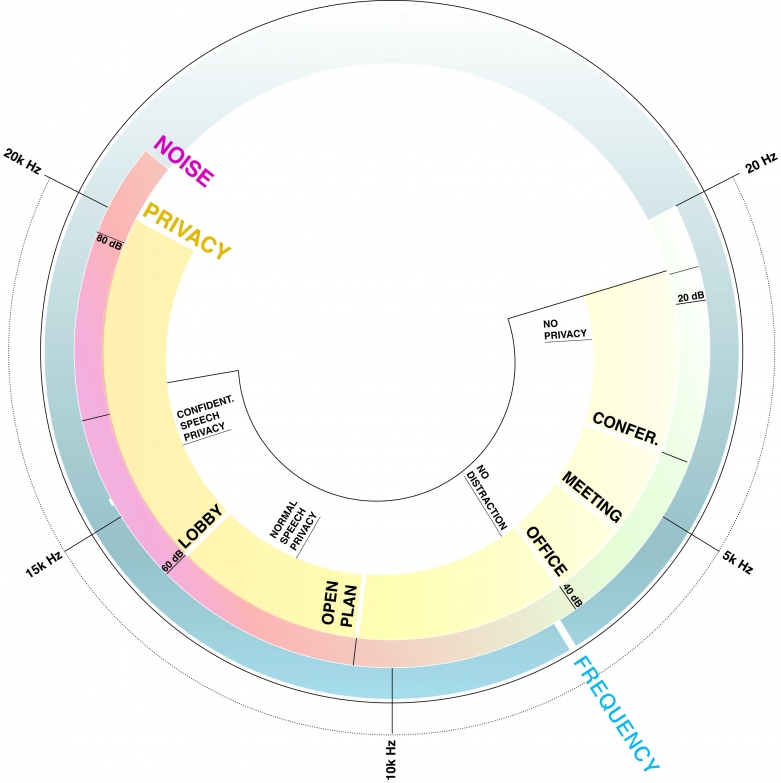 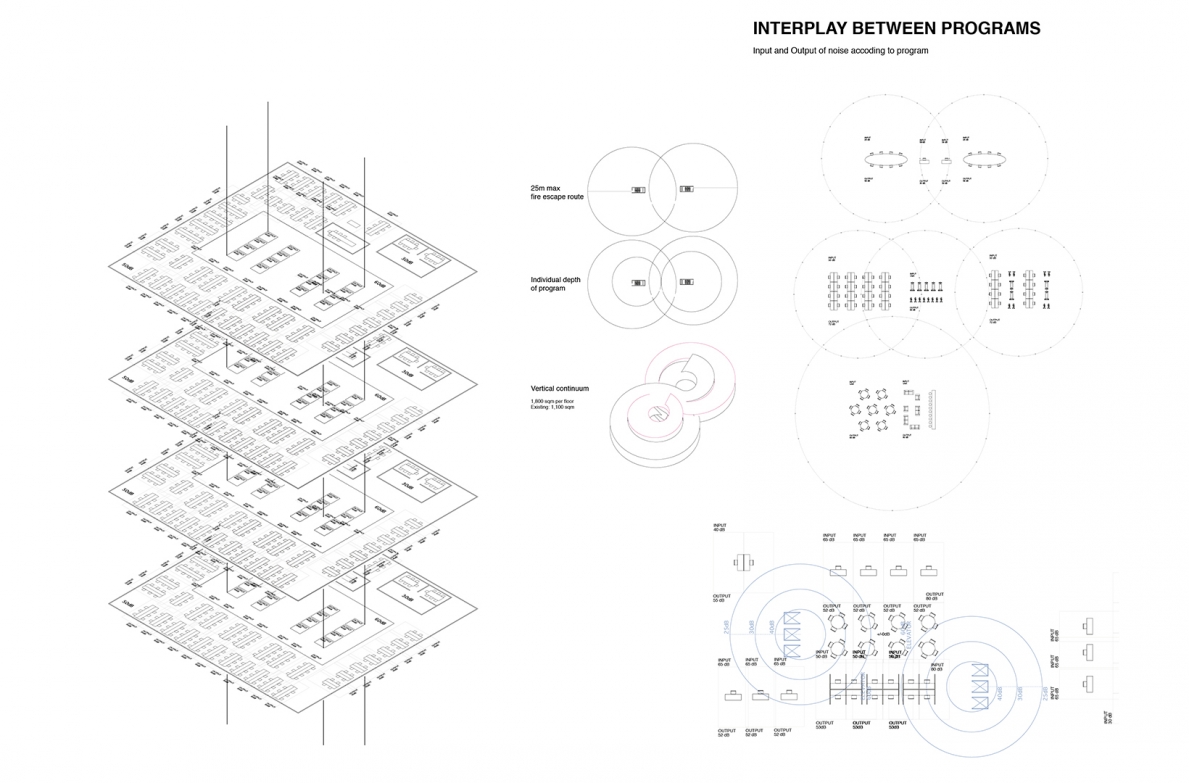 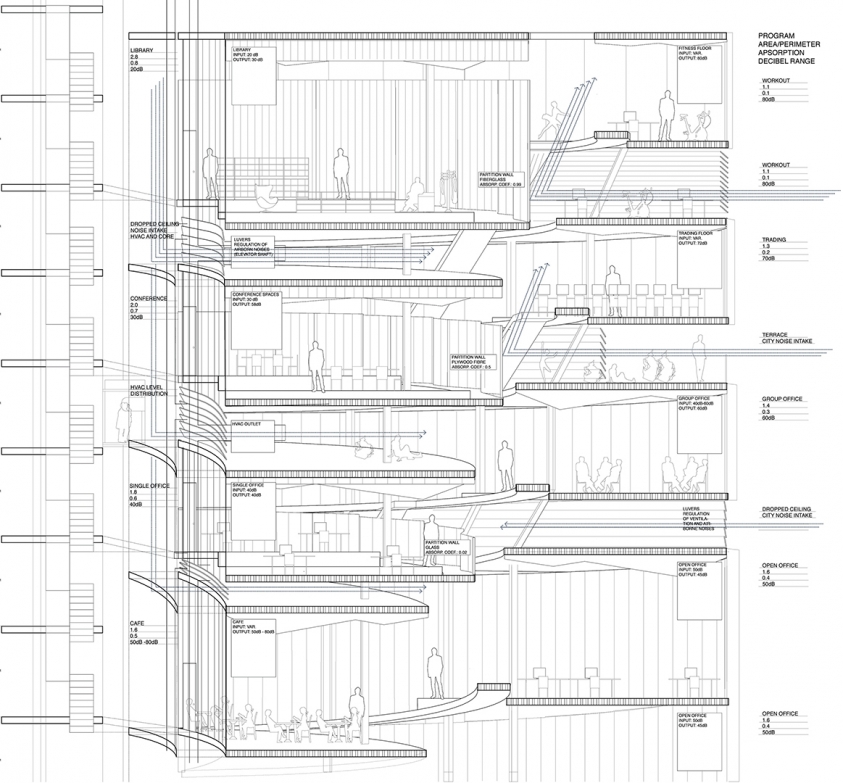 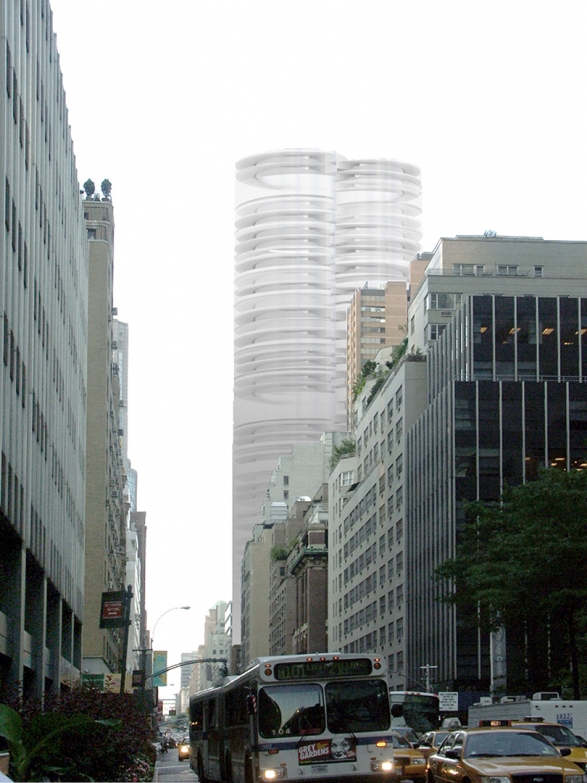 Silence is being assumed the most favorable condition of a productive working atmosphere. Accordingly, office design has become a science of silencing providing sound-dampened constructions and materials, and causing unintentionally acoustic environments that are dominated by background noises produced through technical devices. 80% of New York’s office spaces are being reedited in retrospect by masking technologies and an increase of the overall noise level rendering the initial intent obsolete.

While modernist logics promoted homogeneous atmospheres for homogeneous working conditions, the contemporary office is a programmatic and social amalgamation that appreciates the productive distraction in open office layouts, yet limited to its floor area.

Bloomberg L.P. serves as test case to rethink the organization of the office typology as a continuous floor plan along multiple privacy intensities generated by a programmatic taxation of noise levels to provide an adequate variety of working environments. Thus, it emerges a novel partnership between architectural program and structural/airborne noises, which creates an acoustic dimension to the contemporary office concept of transparency.