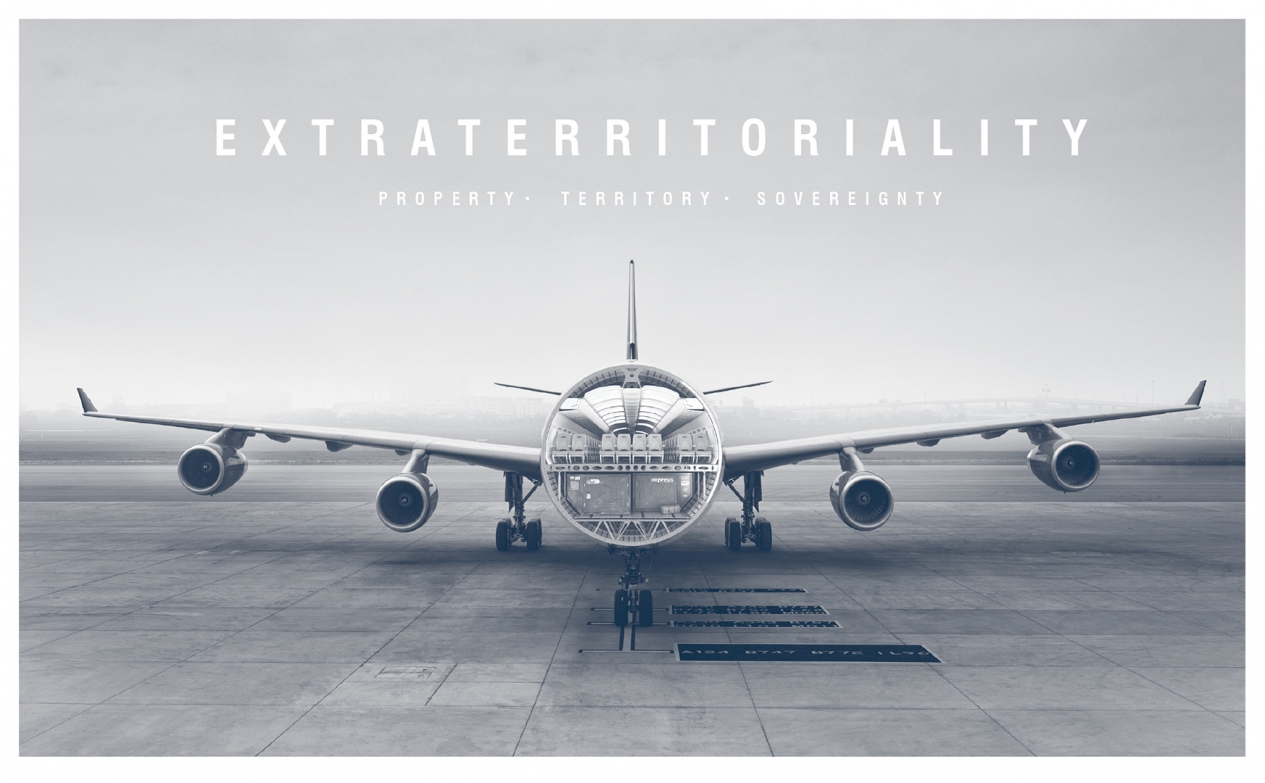 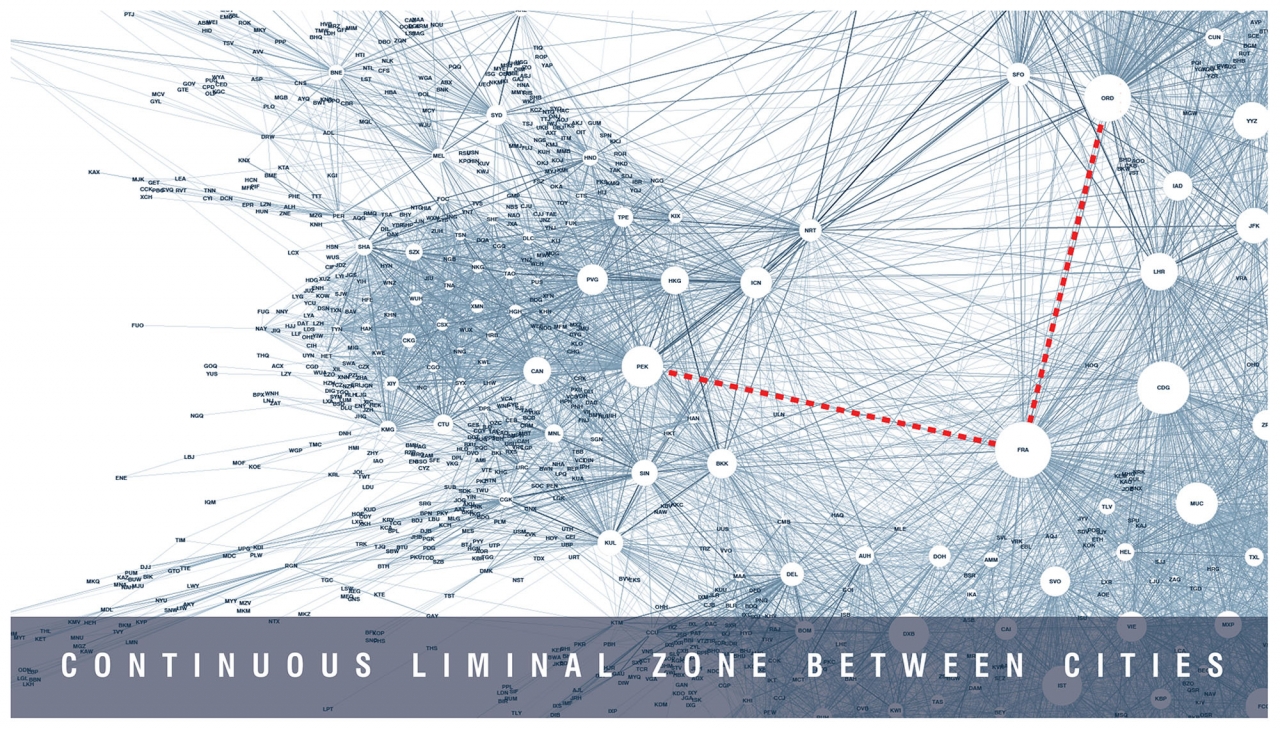 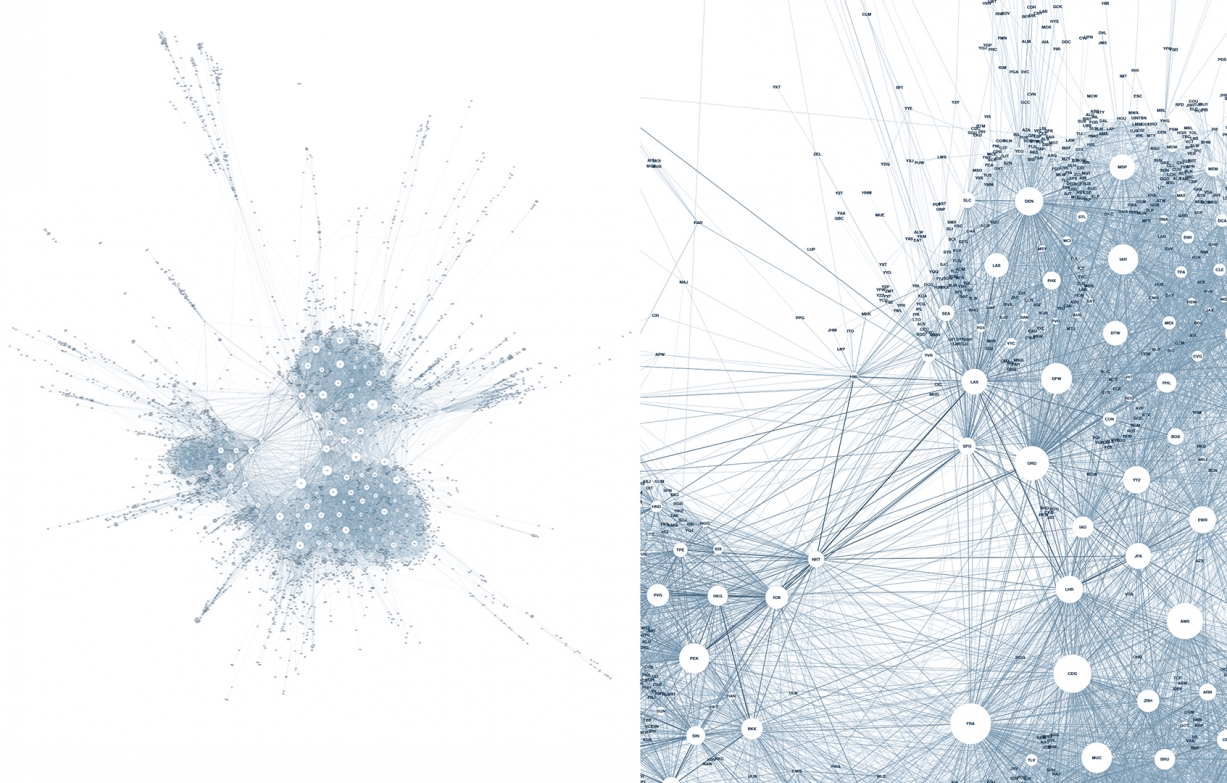 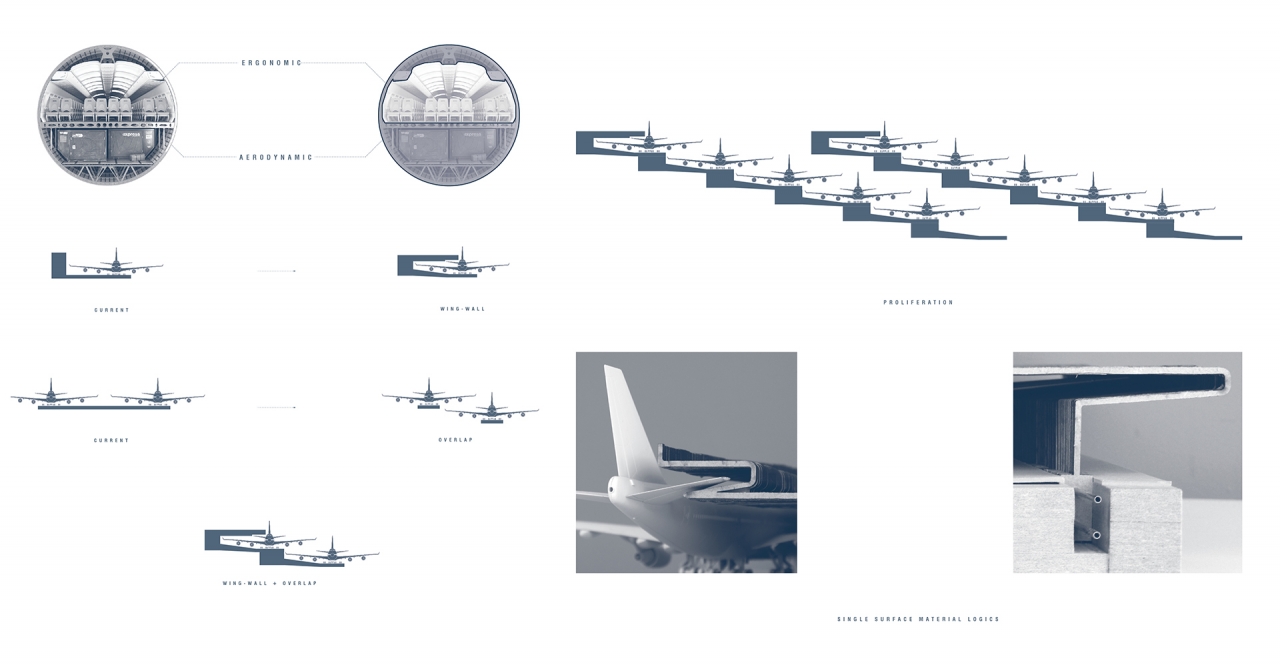 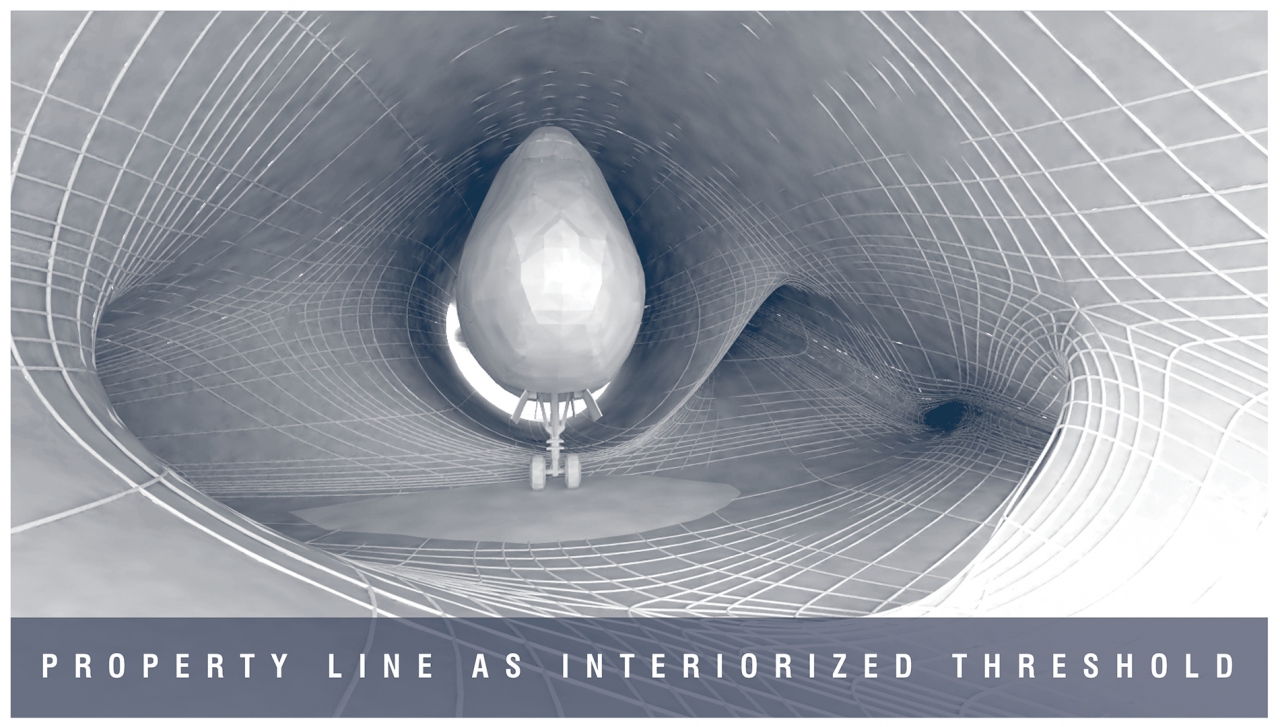 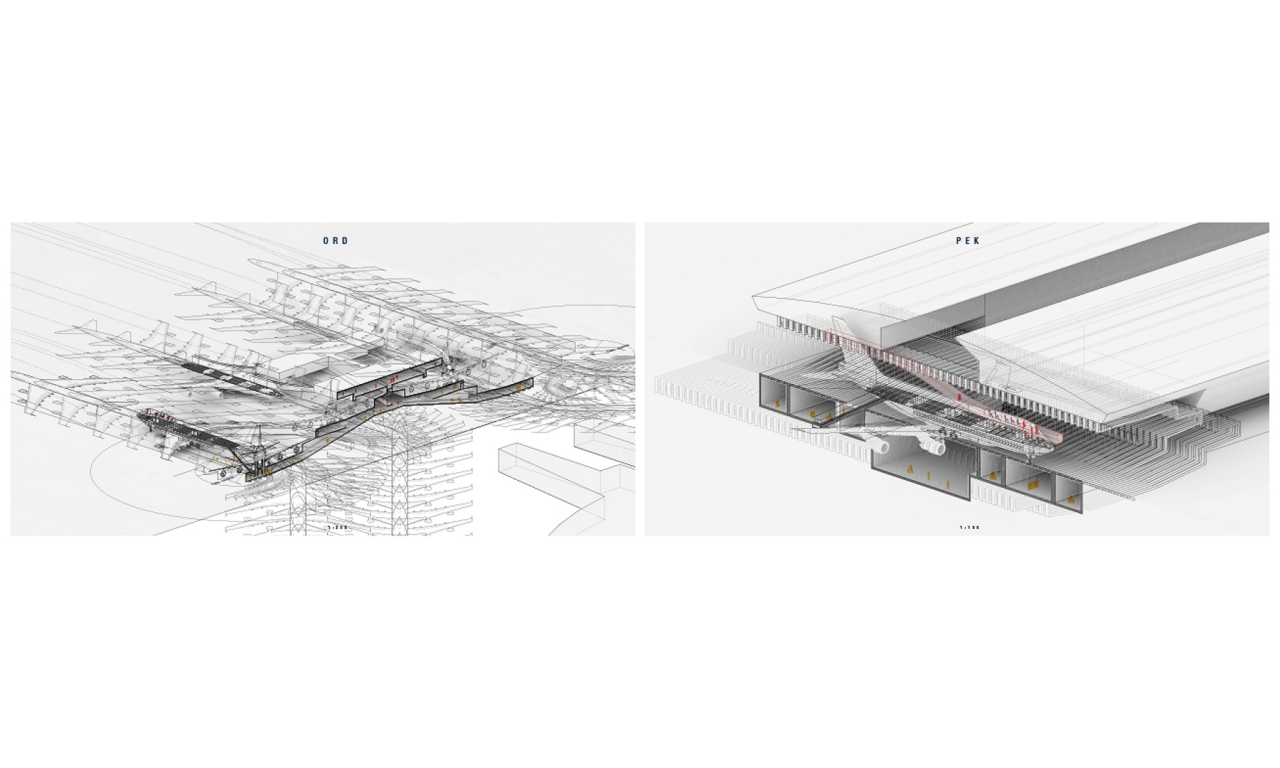 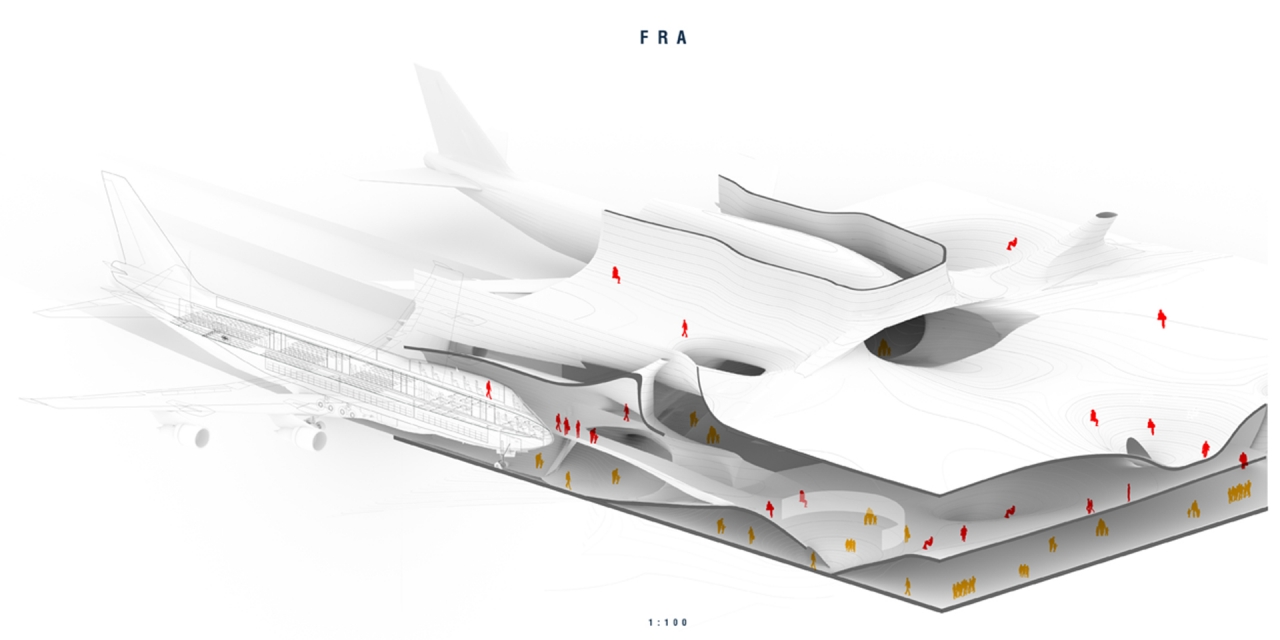 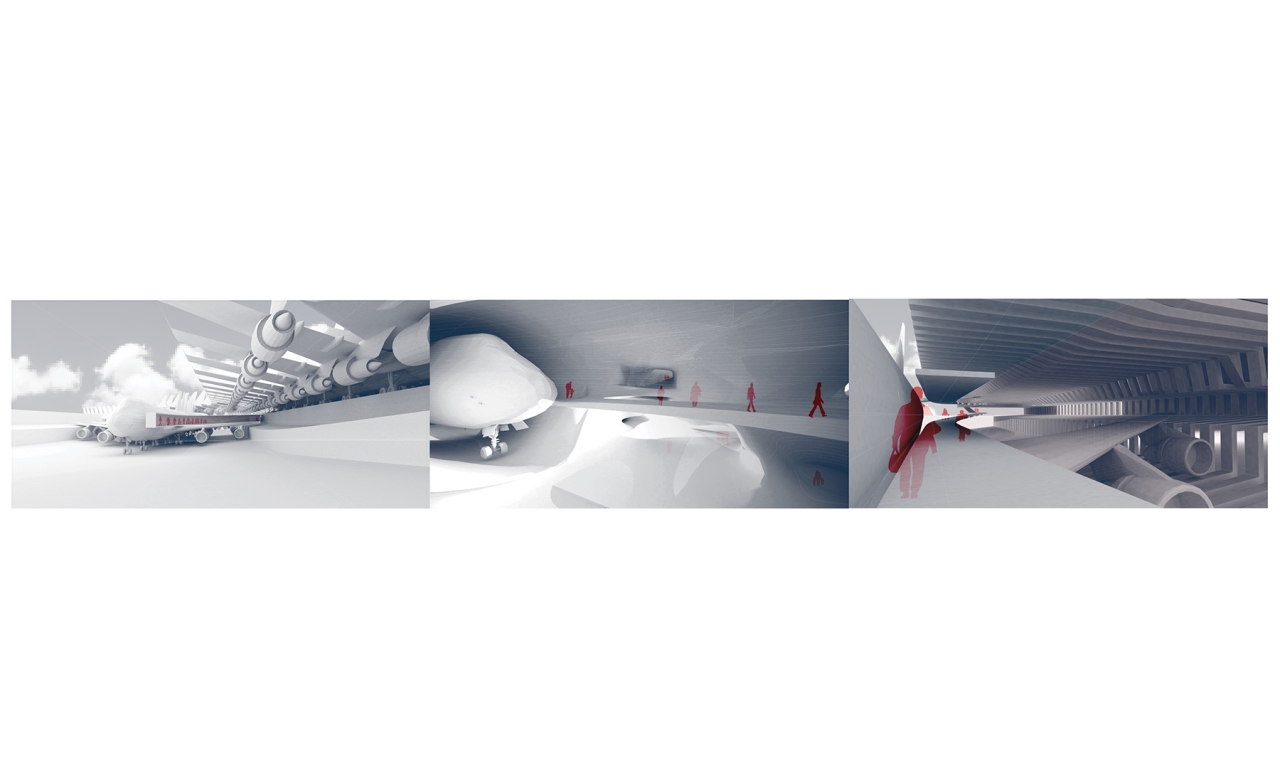 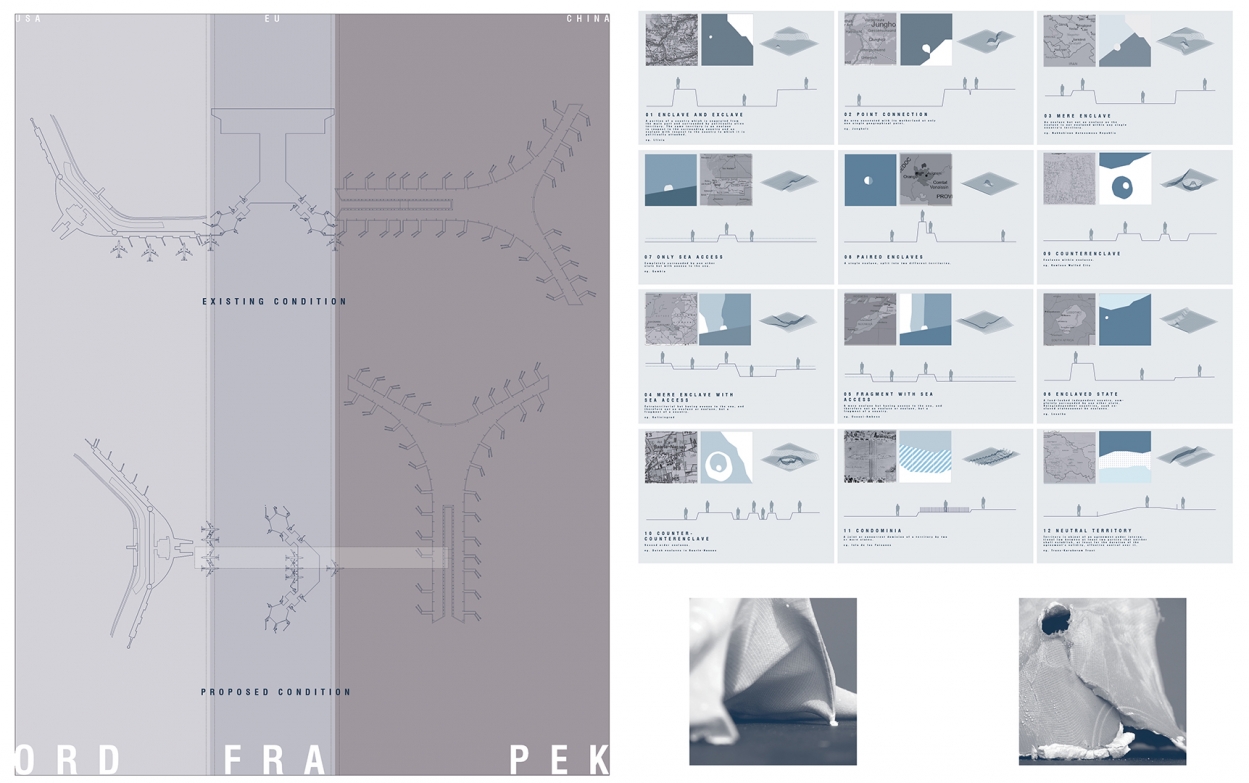 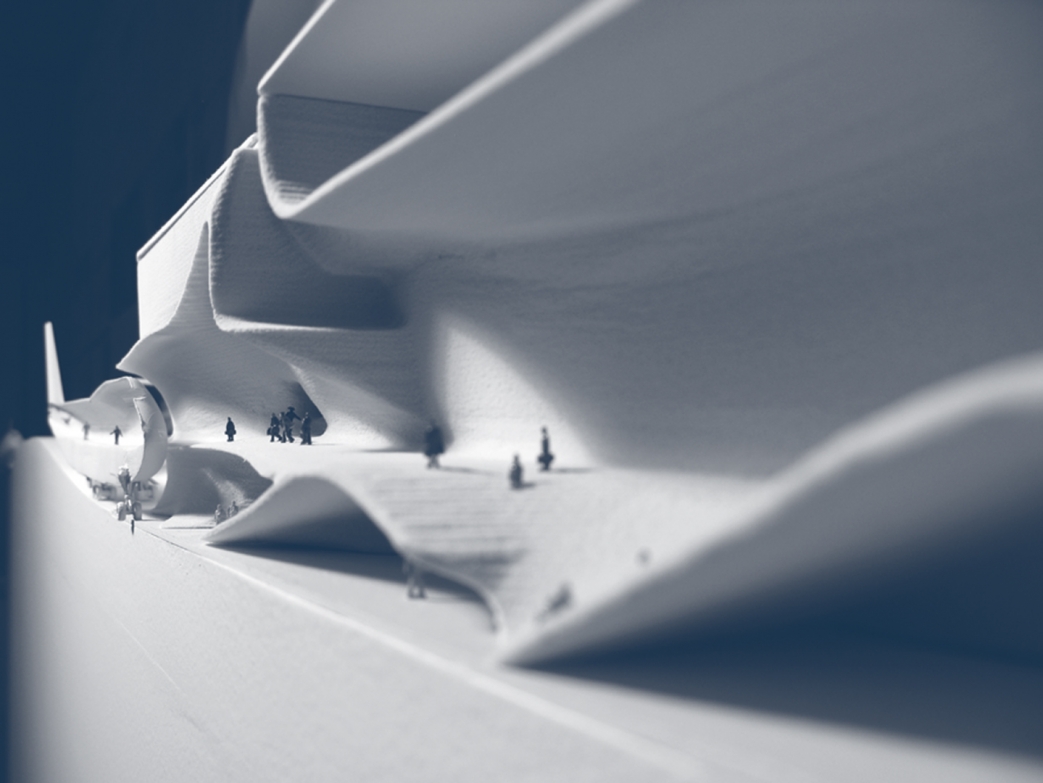 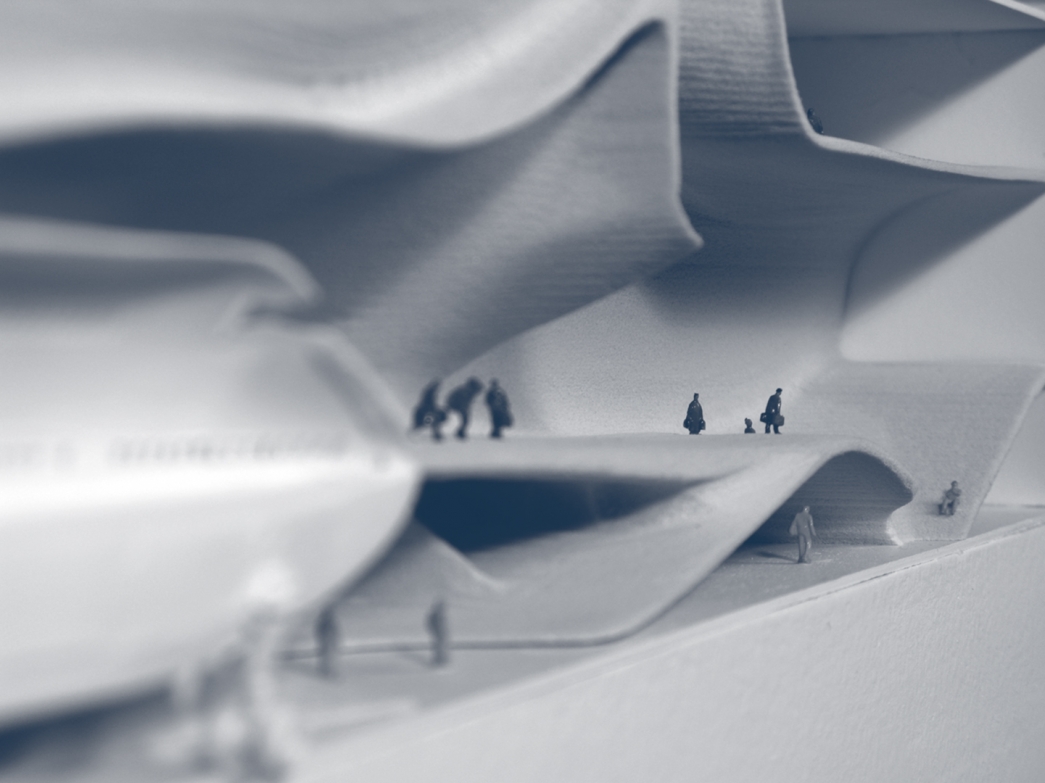 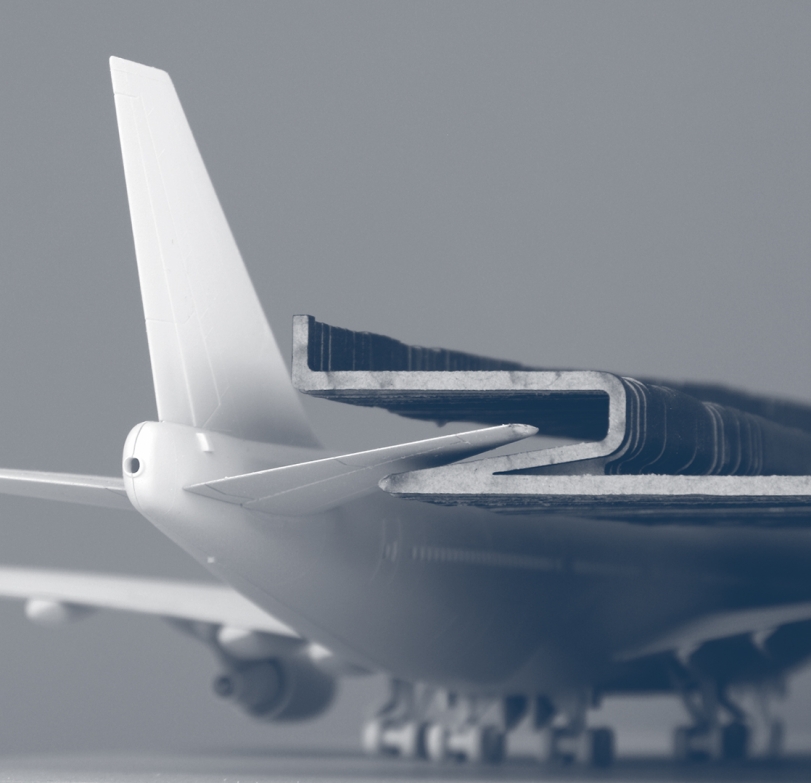 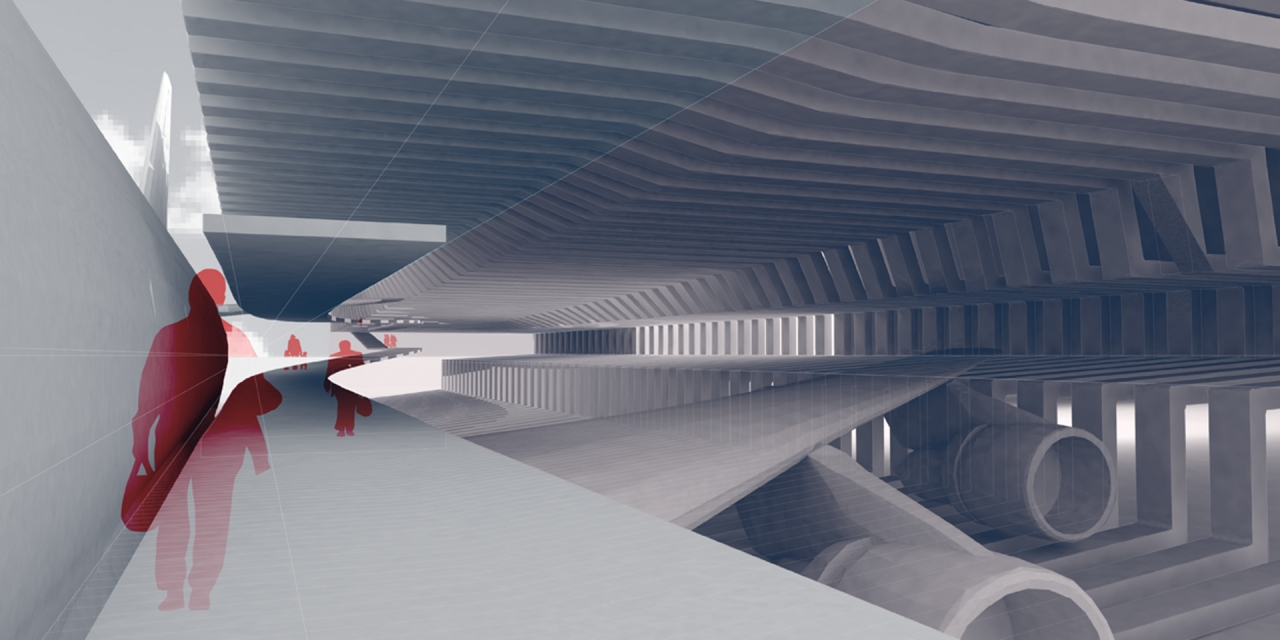 property of neither.
The influx of potential travelers resulting from the rise of the middle-classes in India and China presents
an opportunity to rethink the traveling subject and consequently the architectures of air travel. In contrast
to the current paradigm which normalizes the experience of travel to that of the shopping mall and food
court and which is indifferent to the reality and extremes of flight, this thesis proposes a redefinition of the
gate and concourse to one that embraces the strangeness, perversity and sublimity inherent to these
spaces as the primary driver of an architectural response.
Unlike conventional overland border crossings, the border at international airports depends on the buffer
of a liminal and continuous extraterritorial zone. This space begins and ends with a property line that is
unique in that it exists at the architectural scale as an interiorized threshold that delimits locality against
exception.
This project exploits the topological and architectural potential of these border conditions and rethinks the
conventional distinctions in the thresholds between local and the global, land and air, architecture and
machine. Rather than an intervention at the scale of a full-scale airport, this thesis argues that we cannot
talk about one airport without talking about other airports.
Thus the architectural proposition takes the form of a series of contextually-specific appendages to
existing terminals. What is presented is a cross-section of three of these appendages traversed through a
specific and iconic route which latches onto the existing infrastructure that connects Chicago—city of the
twentieth century—to Beijing—city of the twenty-first—with a transit point at Frankfurt am Main.