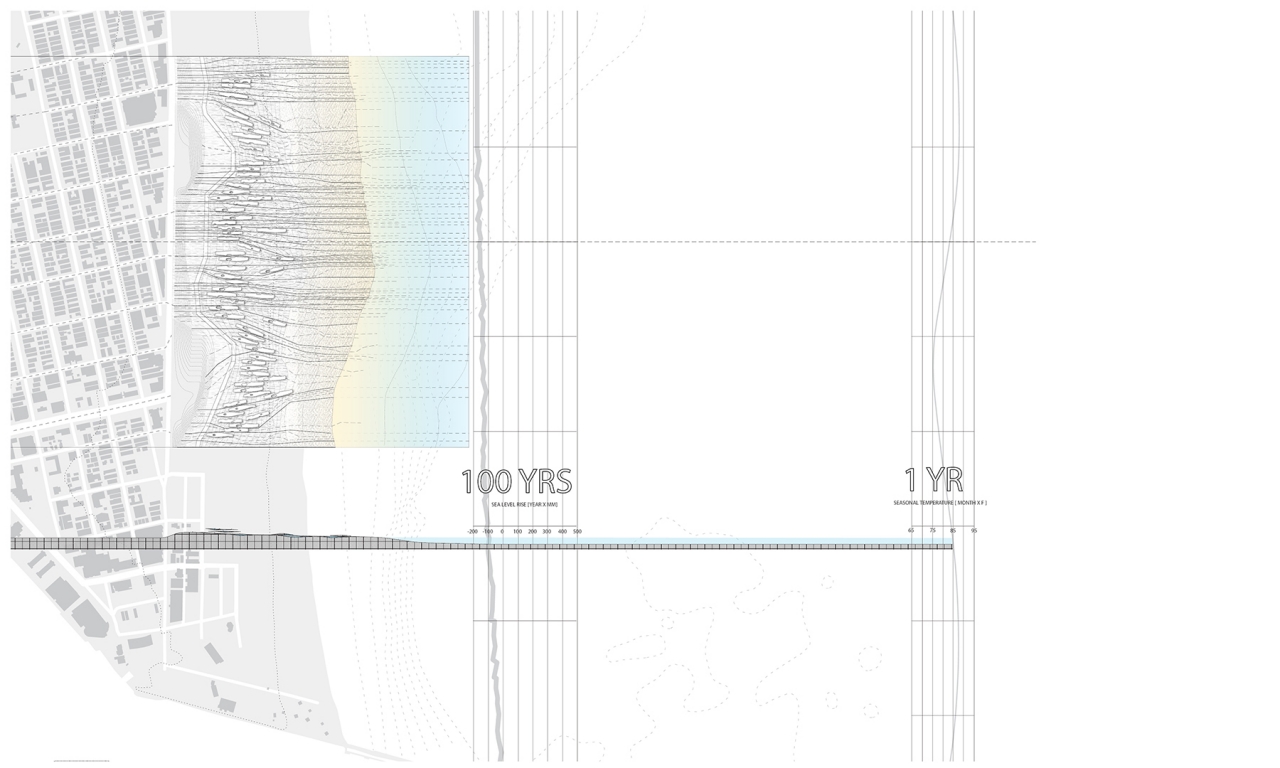 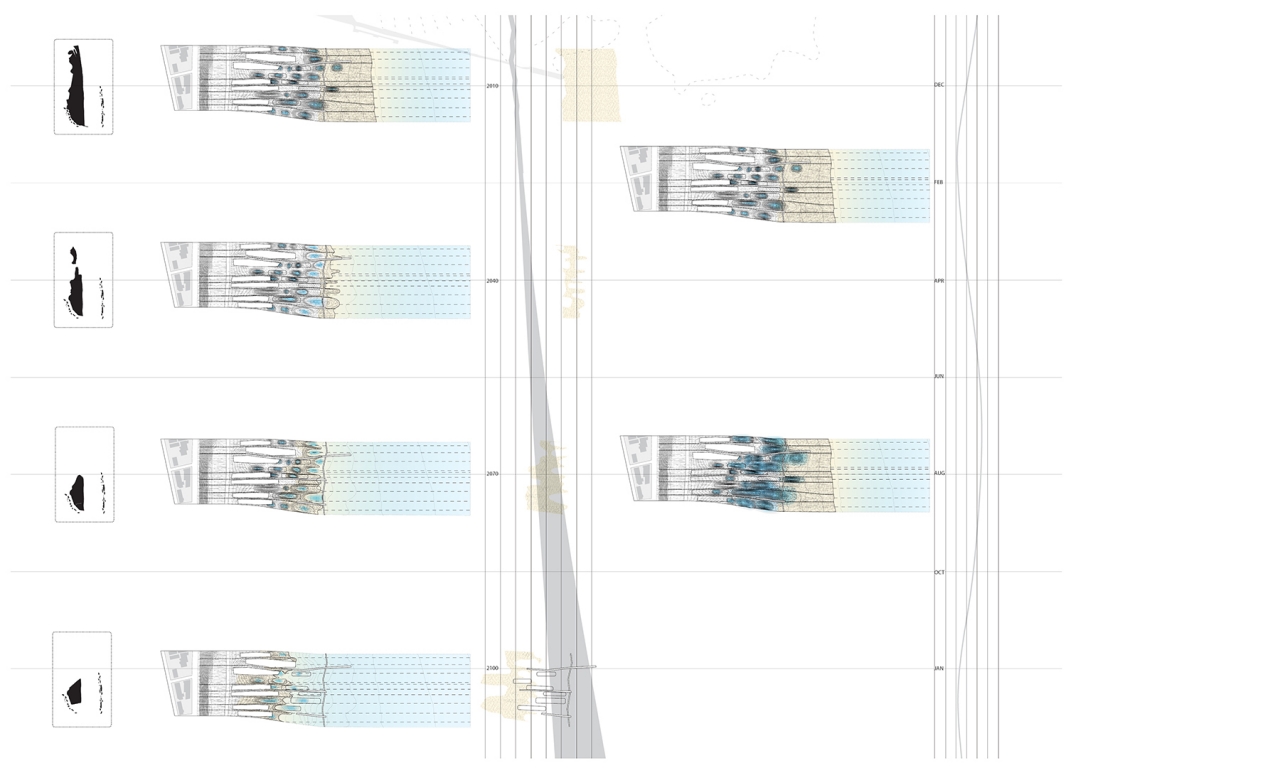 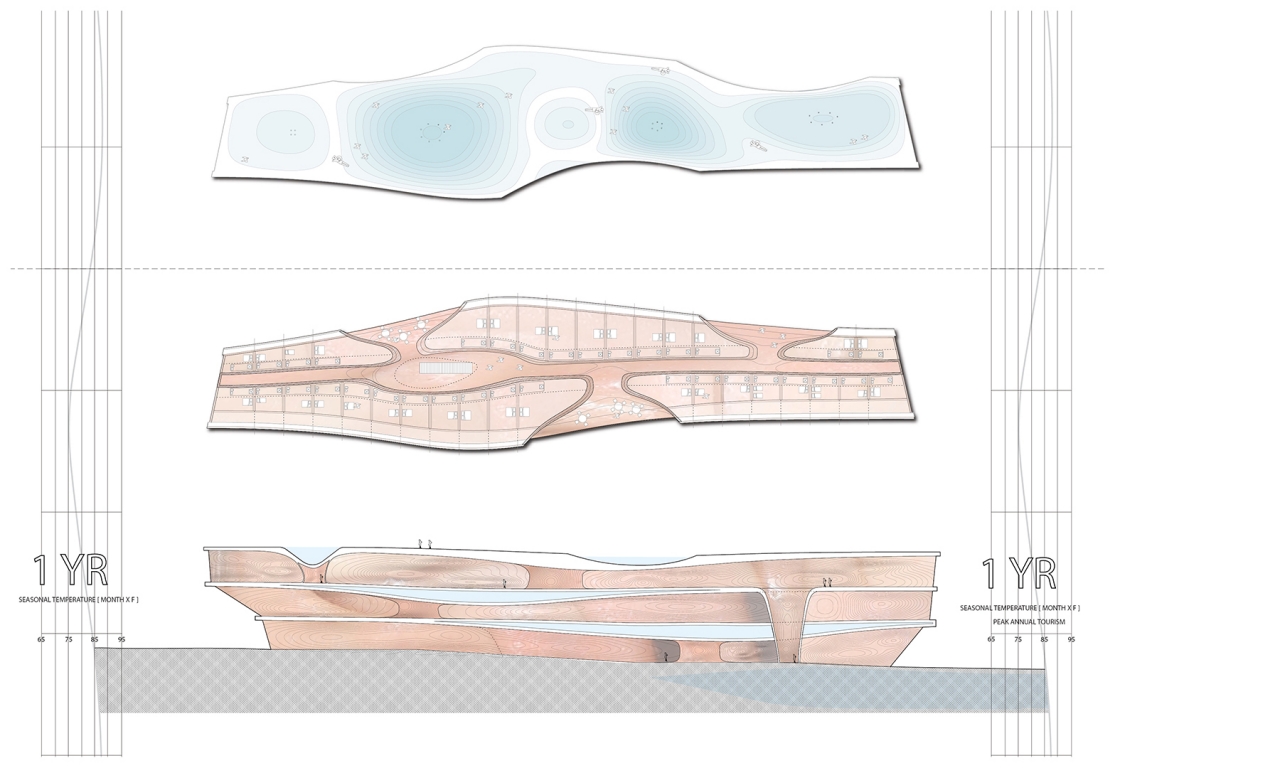 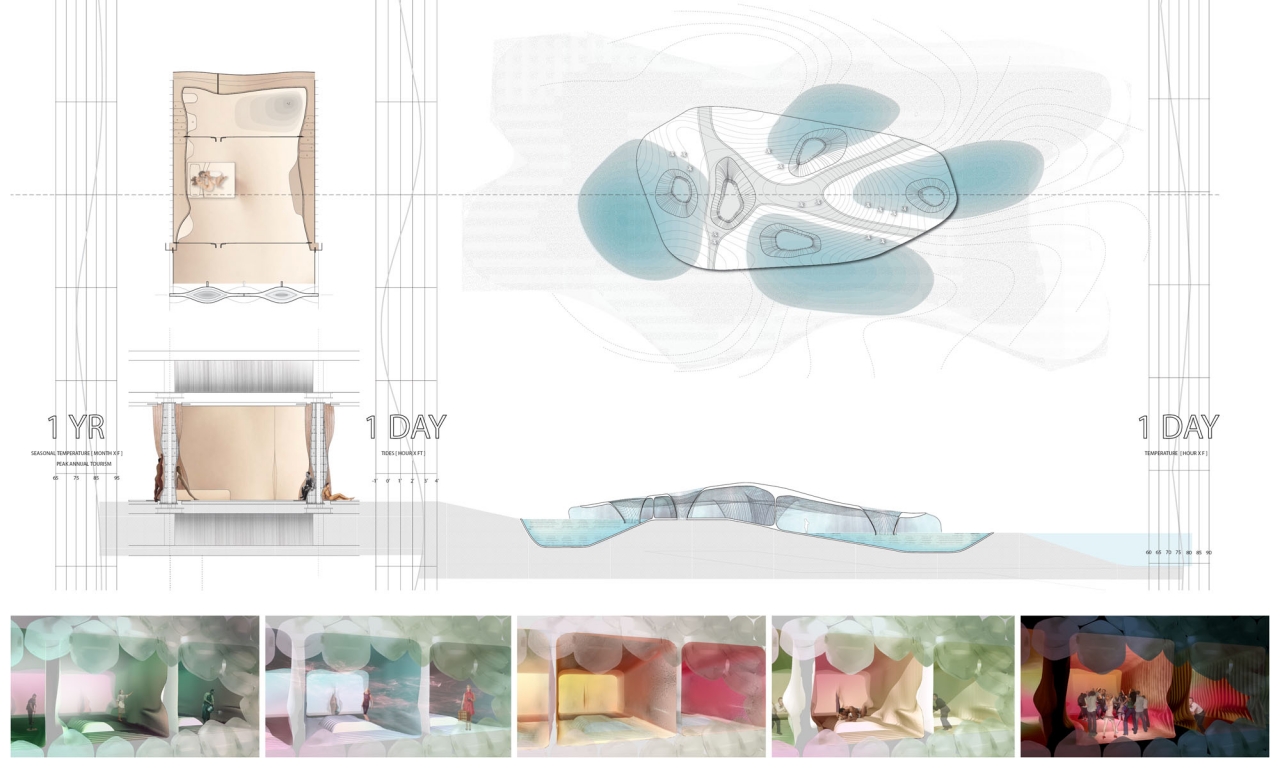 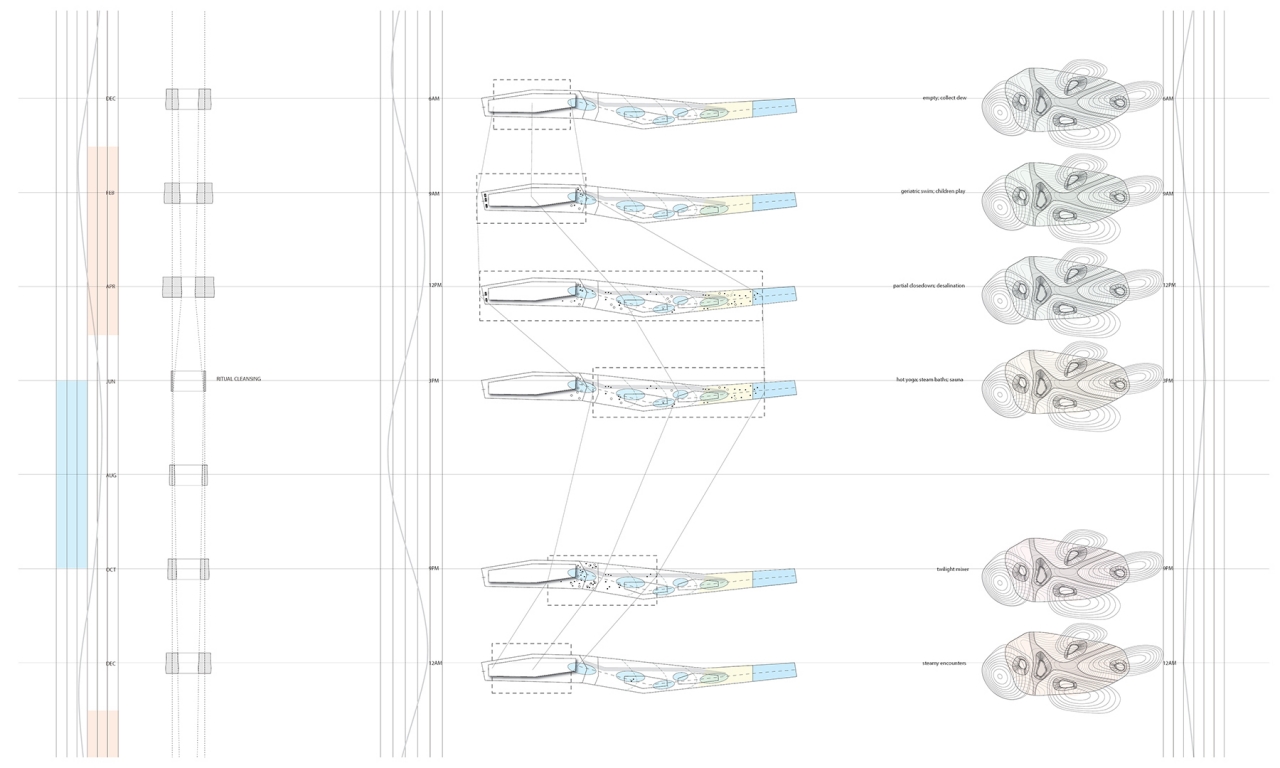 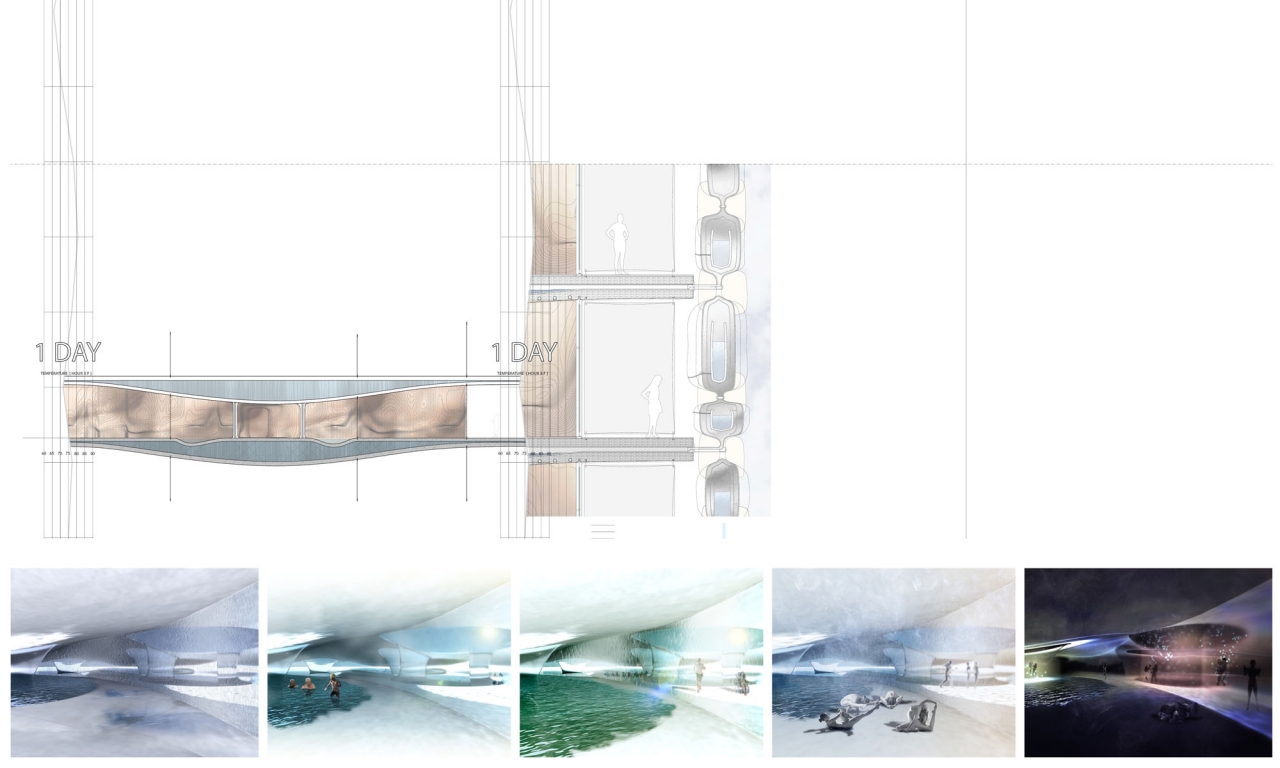 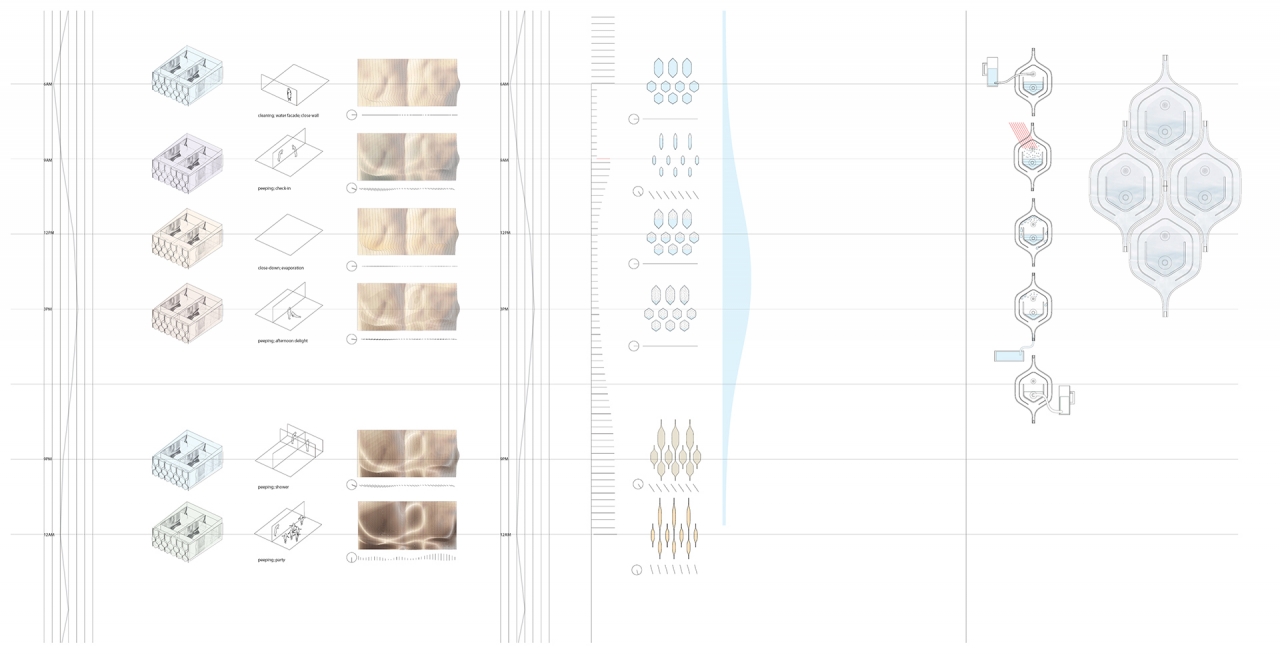 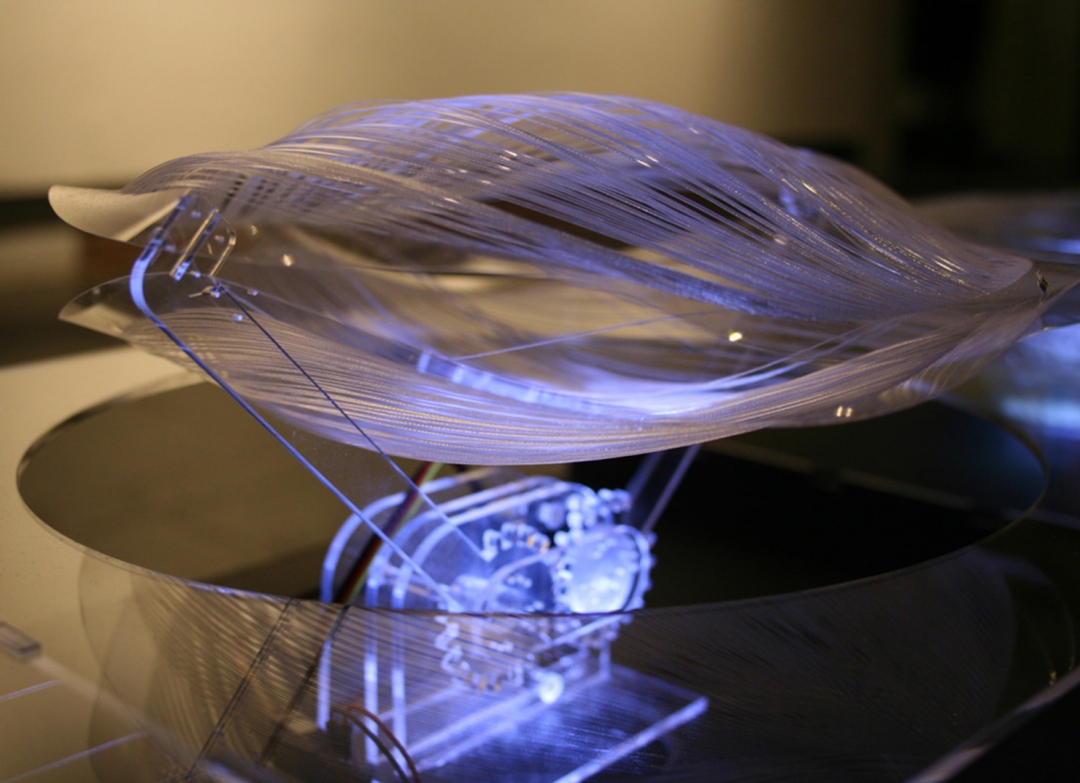 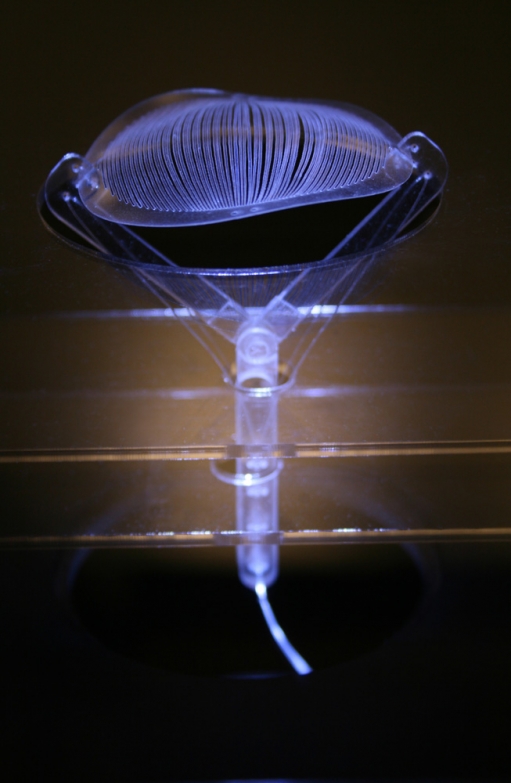 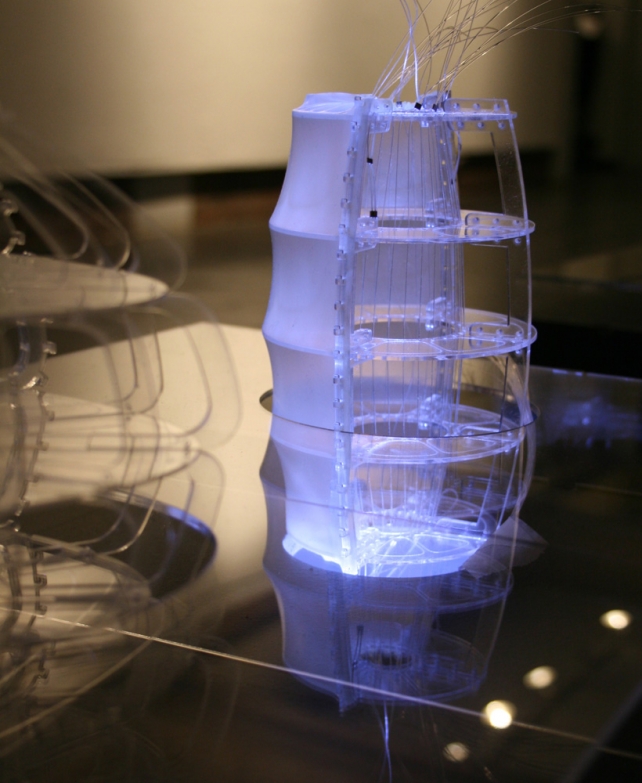 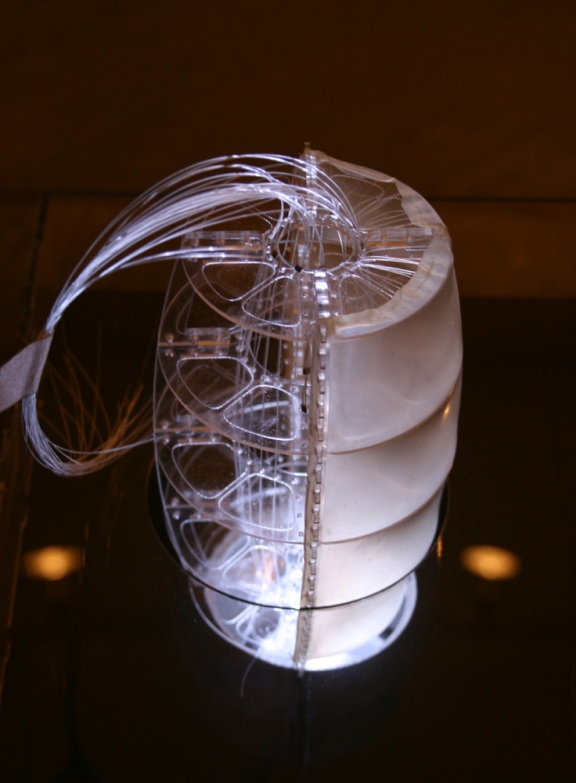 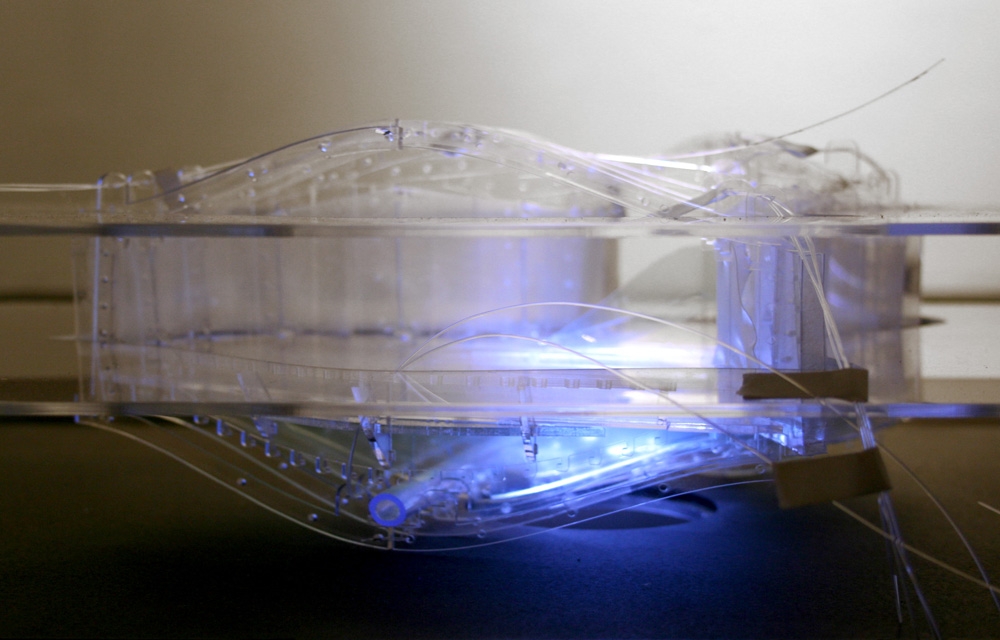 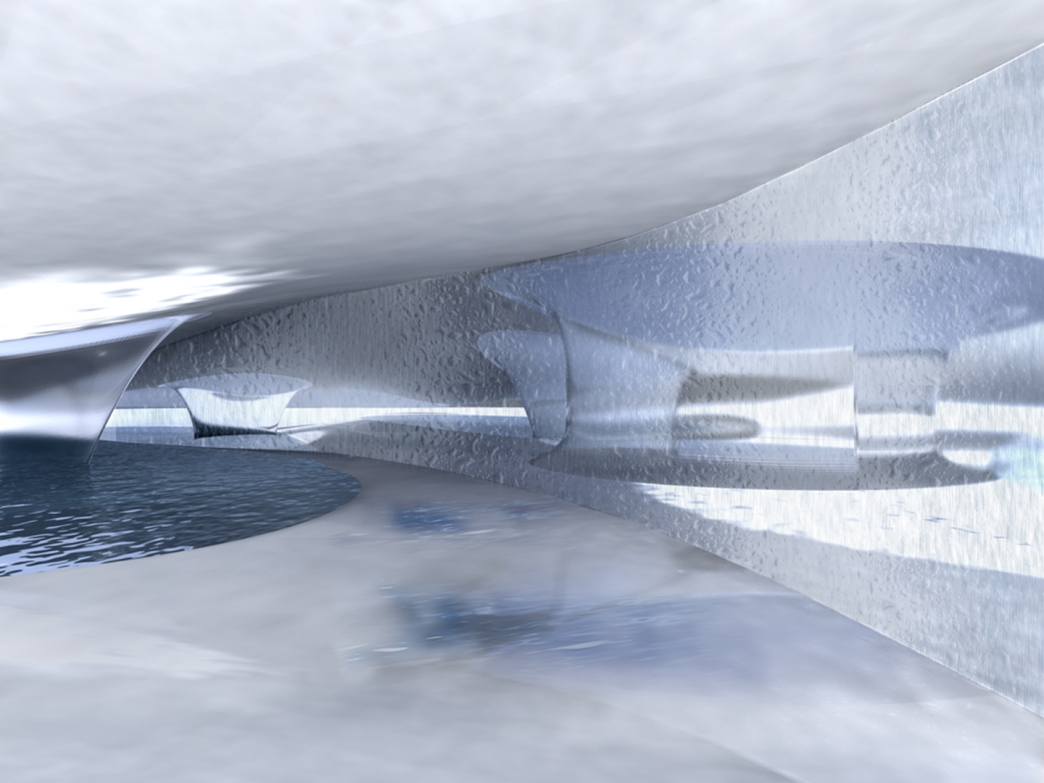 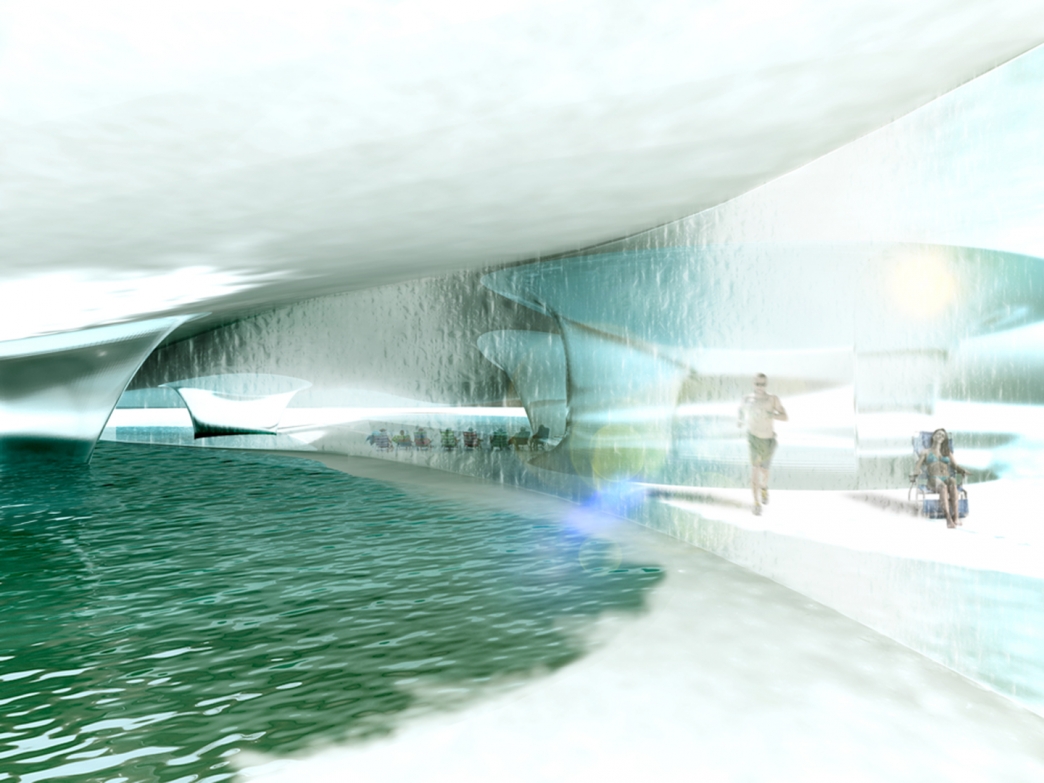 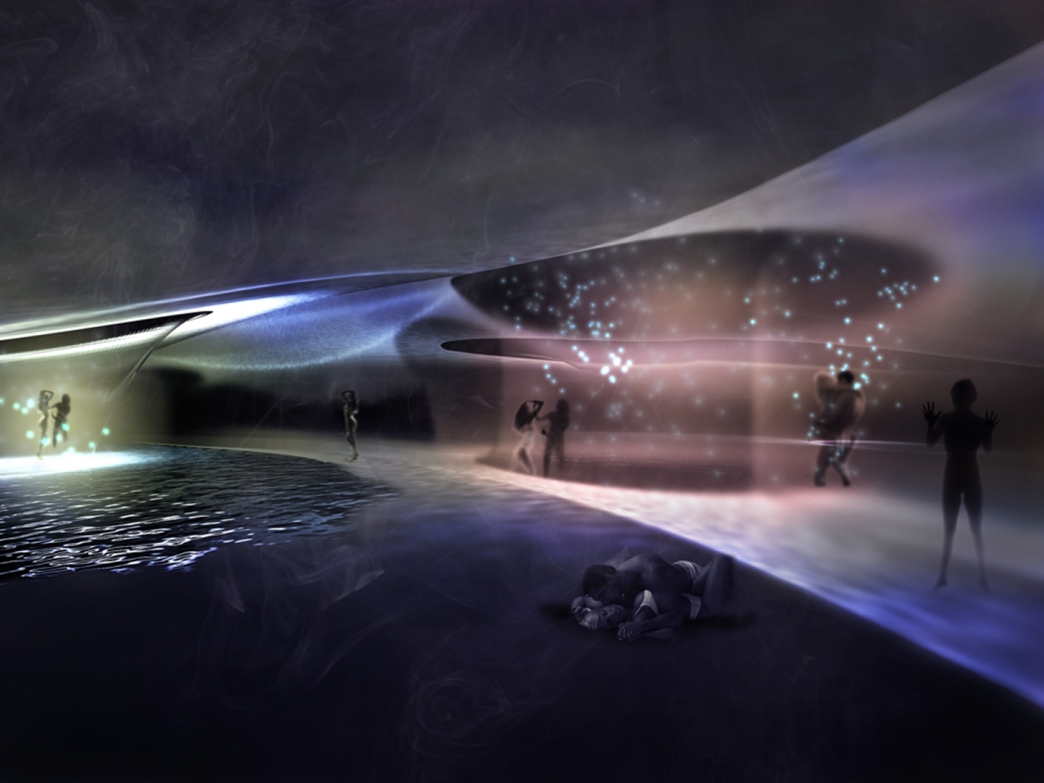 Property conditions along coastlines are characterized by ambiguity. The boundary between public and private property, delineated by the average high water mark, drifts with tidal fluctuations and seasonal sand eluviation, and is stressed by erosion caused by natural disasters and rising sea levels.

Collectively these forces describe an indeterminate edge in constant negotiation through unpredictability and competition, to which conventional coastal management strategies have responded with structures ranging in scale from levees and canals to simple fences, revealing a hysterical cultural anxiety with controlling and taming the edge.

However, as the frequent breaching of sea walls can attest to, when faced with the constant onslaught of the ocean, such rigid structures become brittle and weak. Alternatively, the ambiguous nature of the coastal property boundary presents the opportunity to subvert conventional architecture and engineering based on fixity, in favor of a richer, more site specific coastal architecture in which change, flux, and gradient are generative.

Sited in Miami Beach, Florida, a city whose economy revolves around its beach culture, which includes the fetishization of performative skin (Muscle Beach), and is at the same time one of the flattest and most vulnerable cities to sea level rise inundation, this thesis rejects the notion of property as a fixed state in favor of a range of productive definitions. Over three scales of time and space, the project begins with a soft landscape that adapts over centuries and uses a pocketed topography to channel and desalinate sea water, recharging a dying aquifer; a hotel building follows the travel seasons and uses interior salt walls to dehumidify as well as transpire the moisture of neighboring guests; and a responsive building skin desalinates with multi-layered membranes, activated by equal parts cultural ritual and environmental response, which breathe and sweat like

human glands, and is sensitive to flux minute by minute.