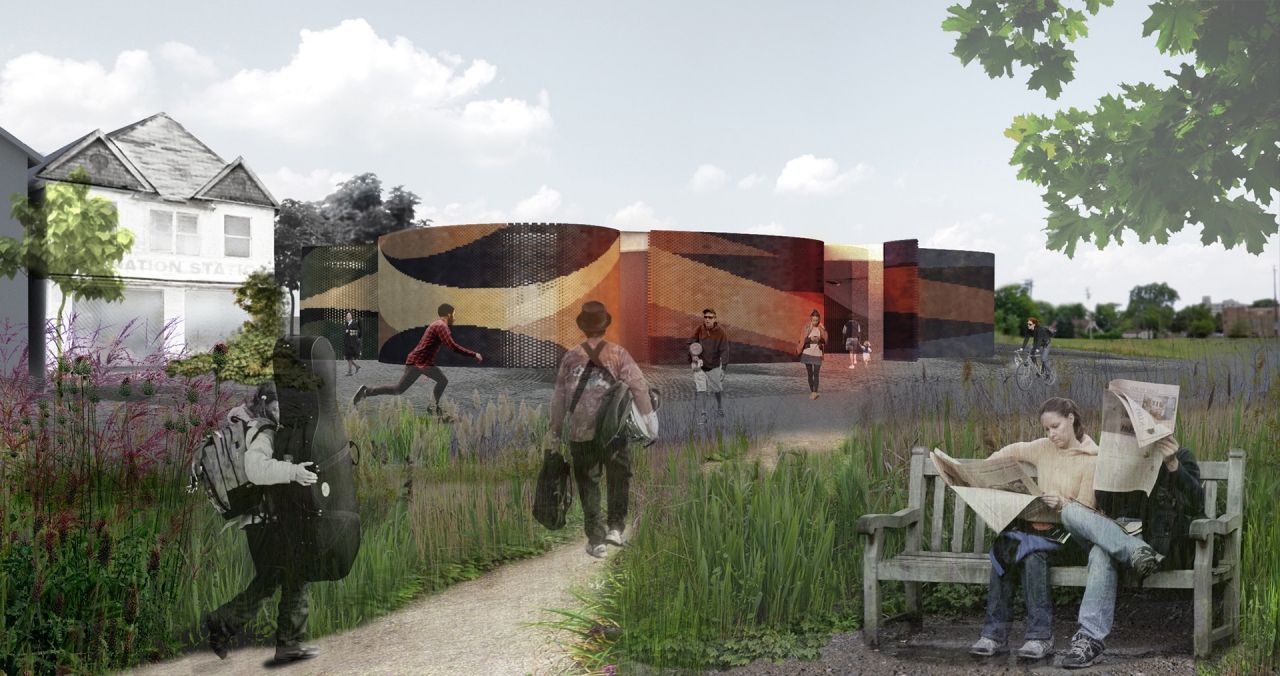 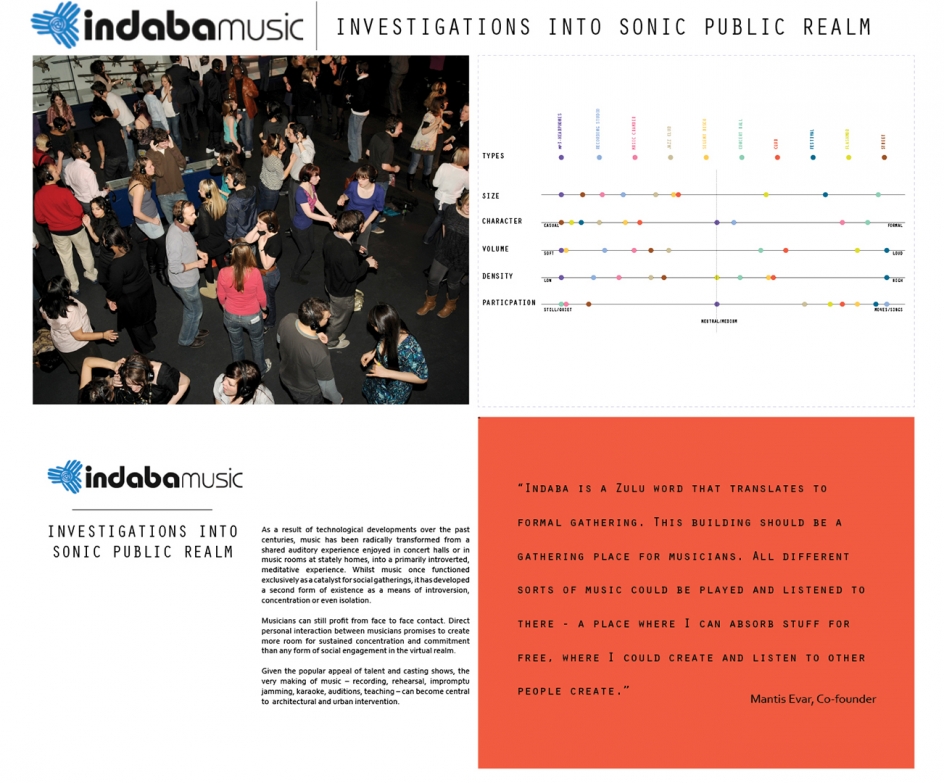 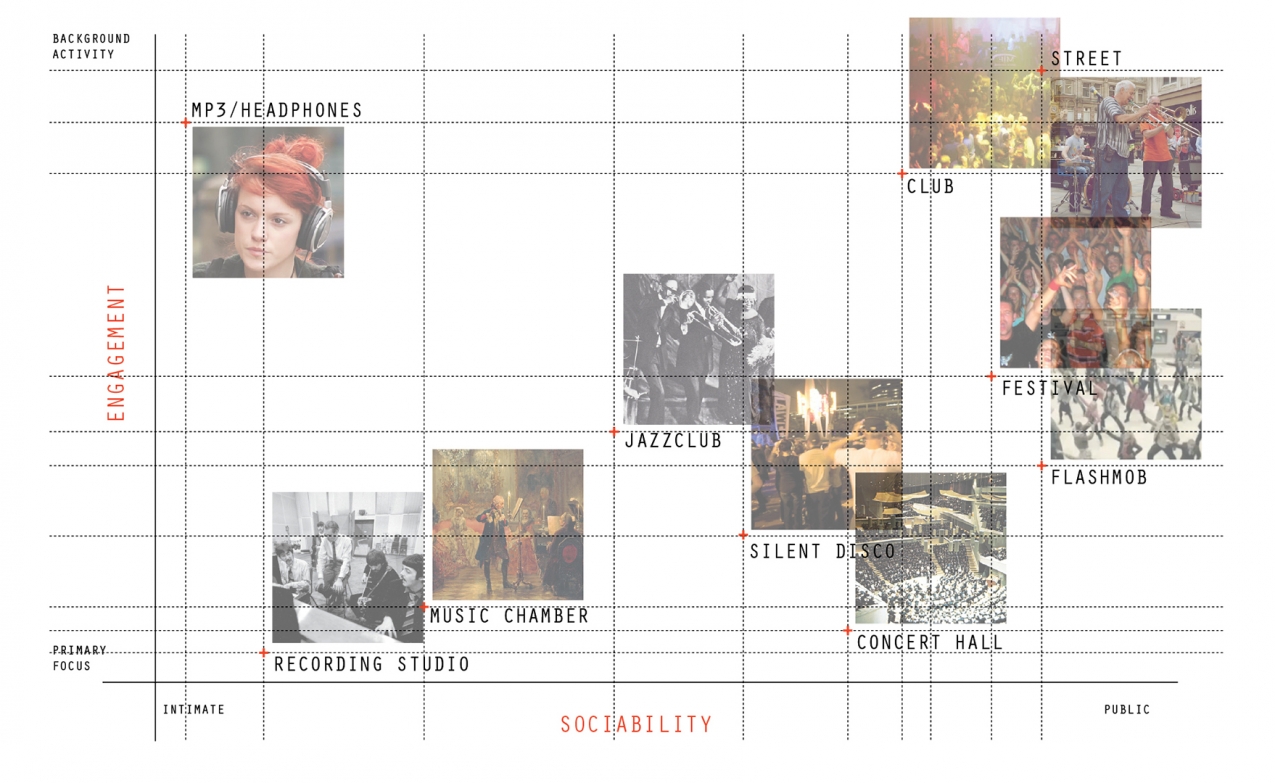 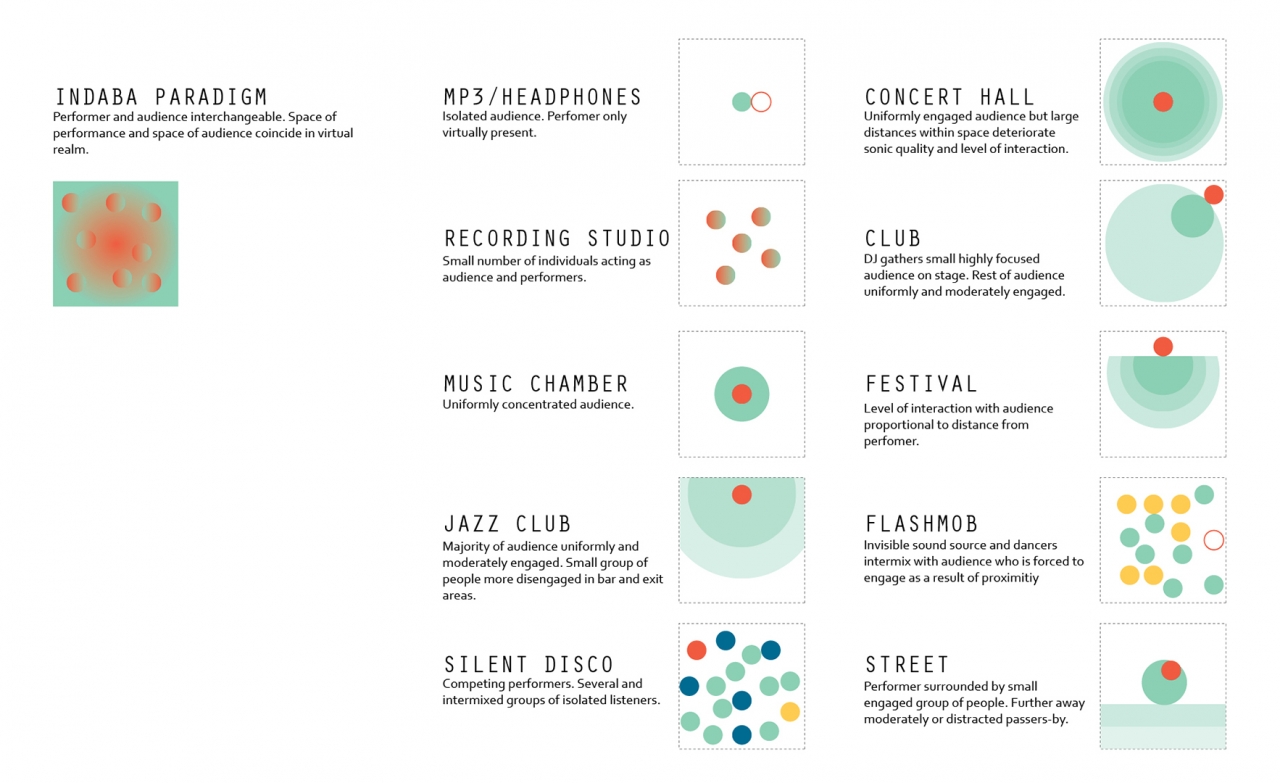 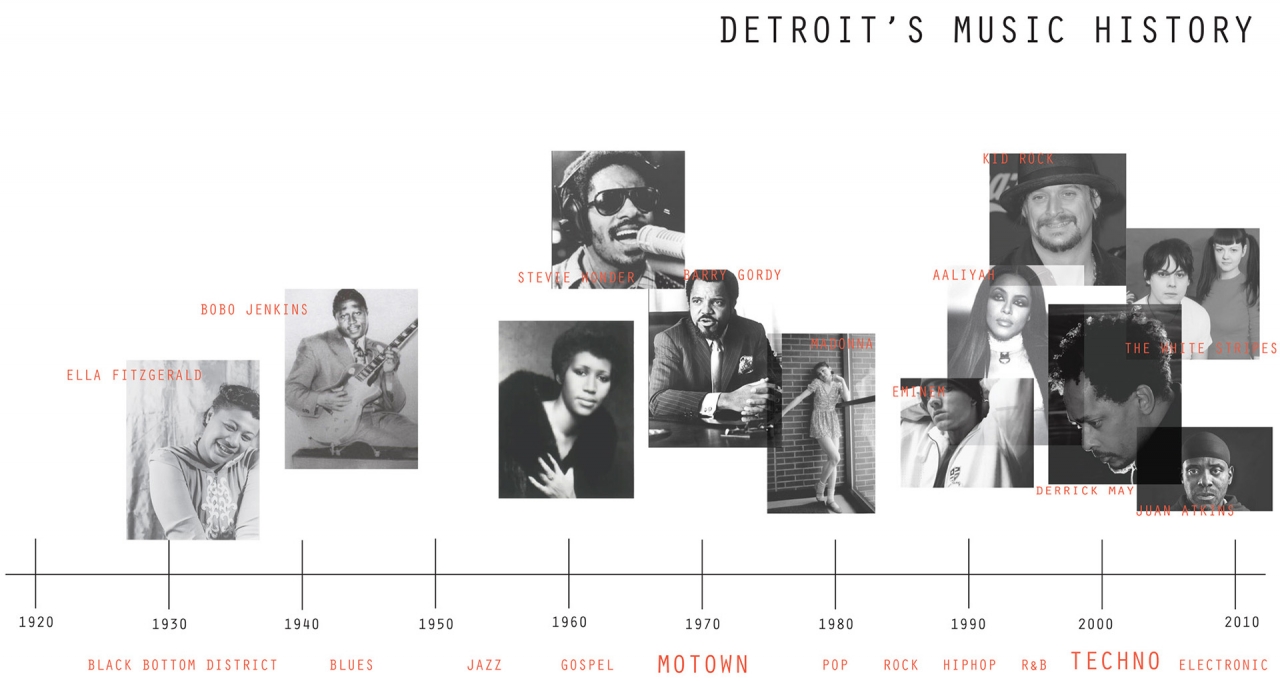 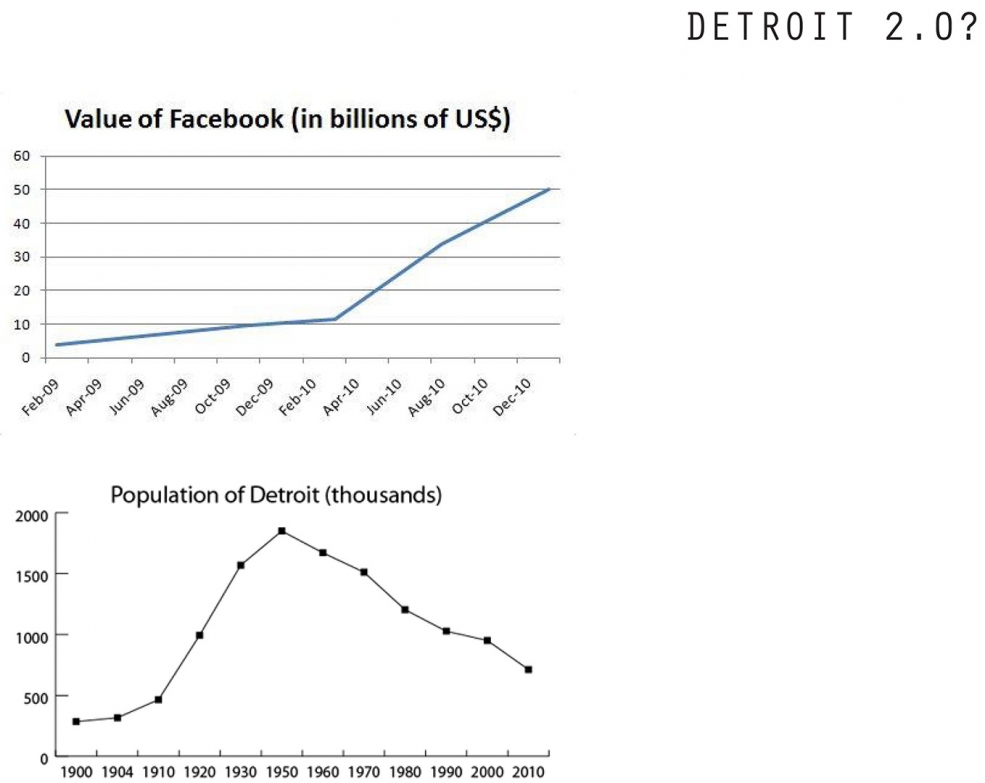 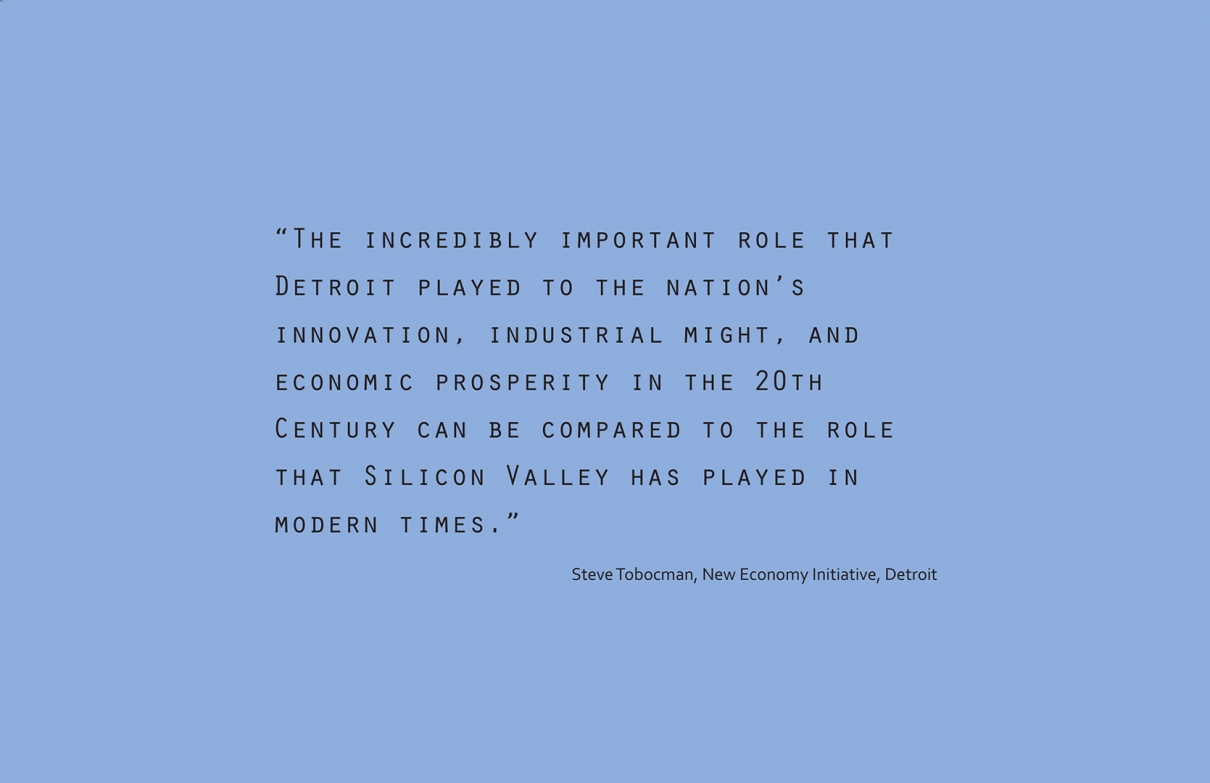 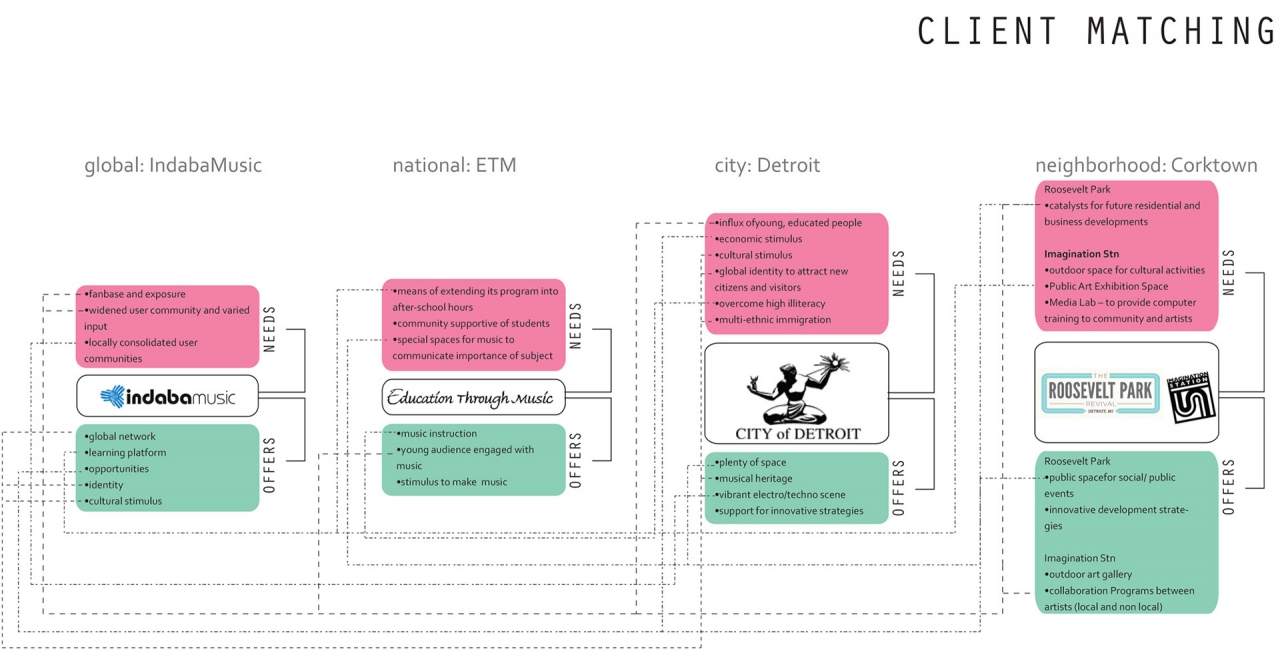 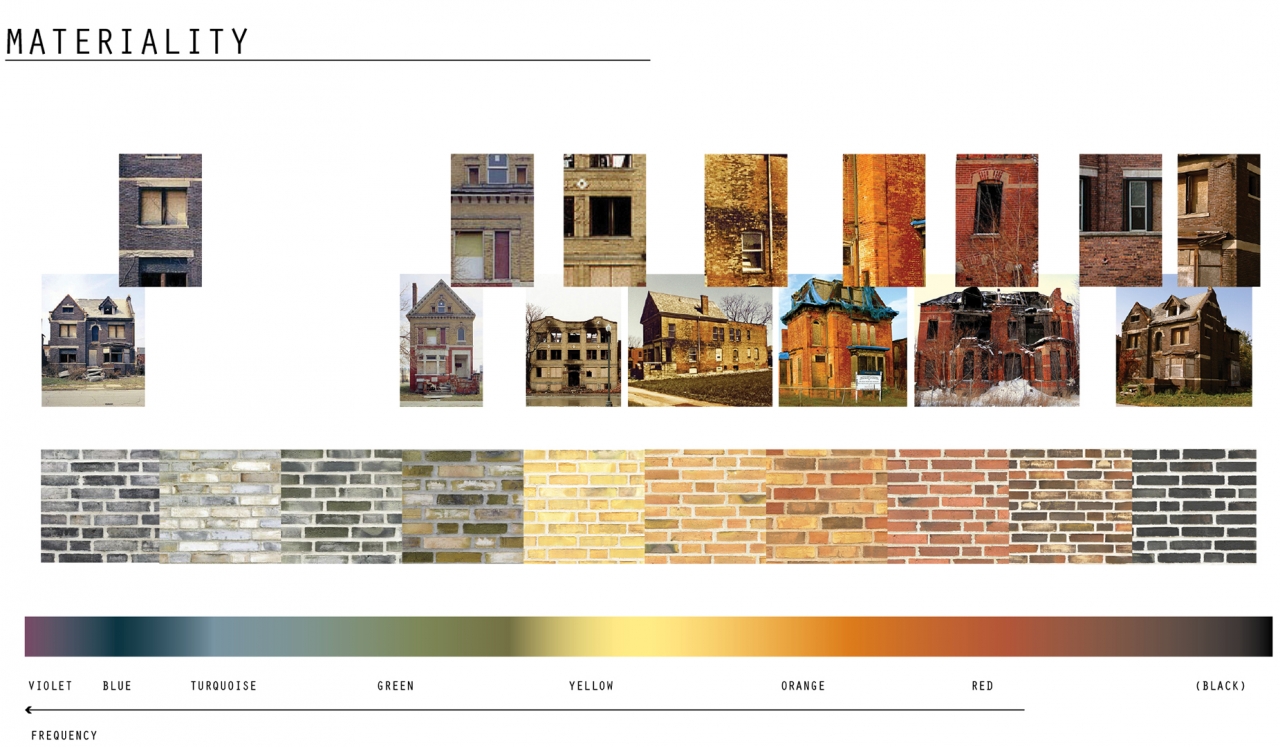 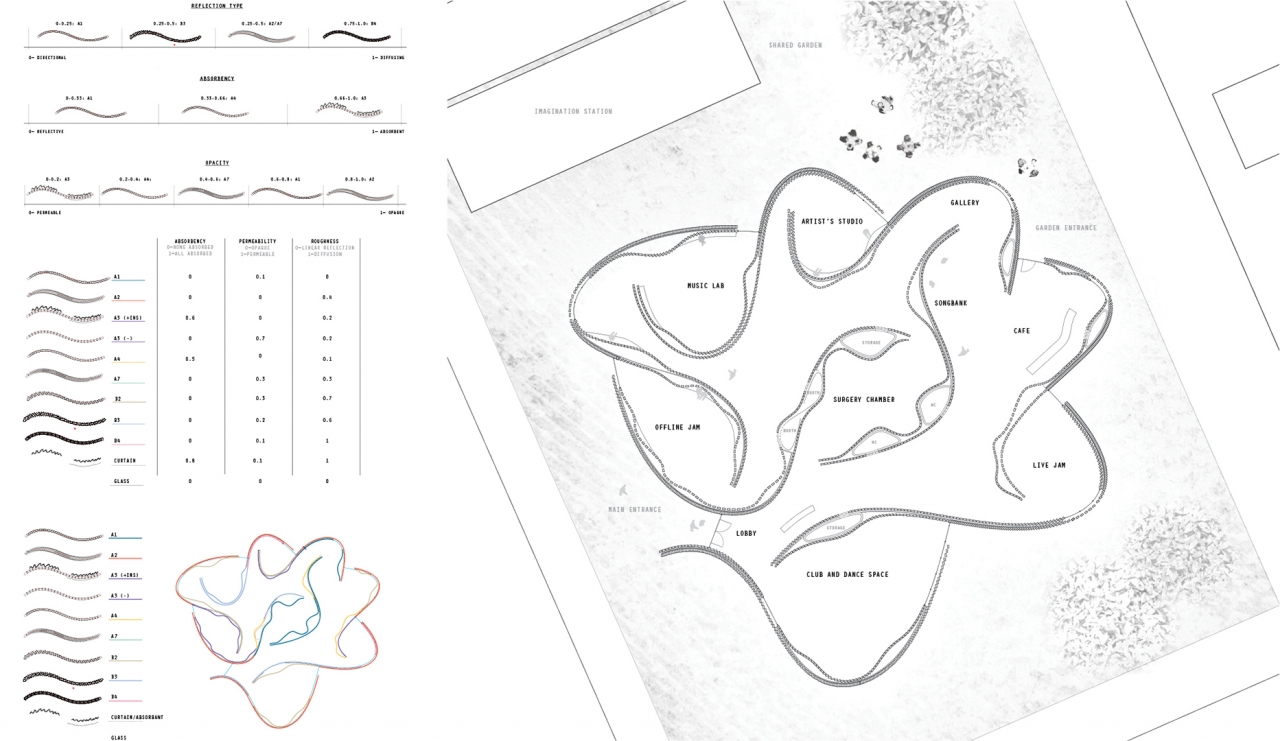 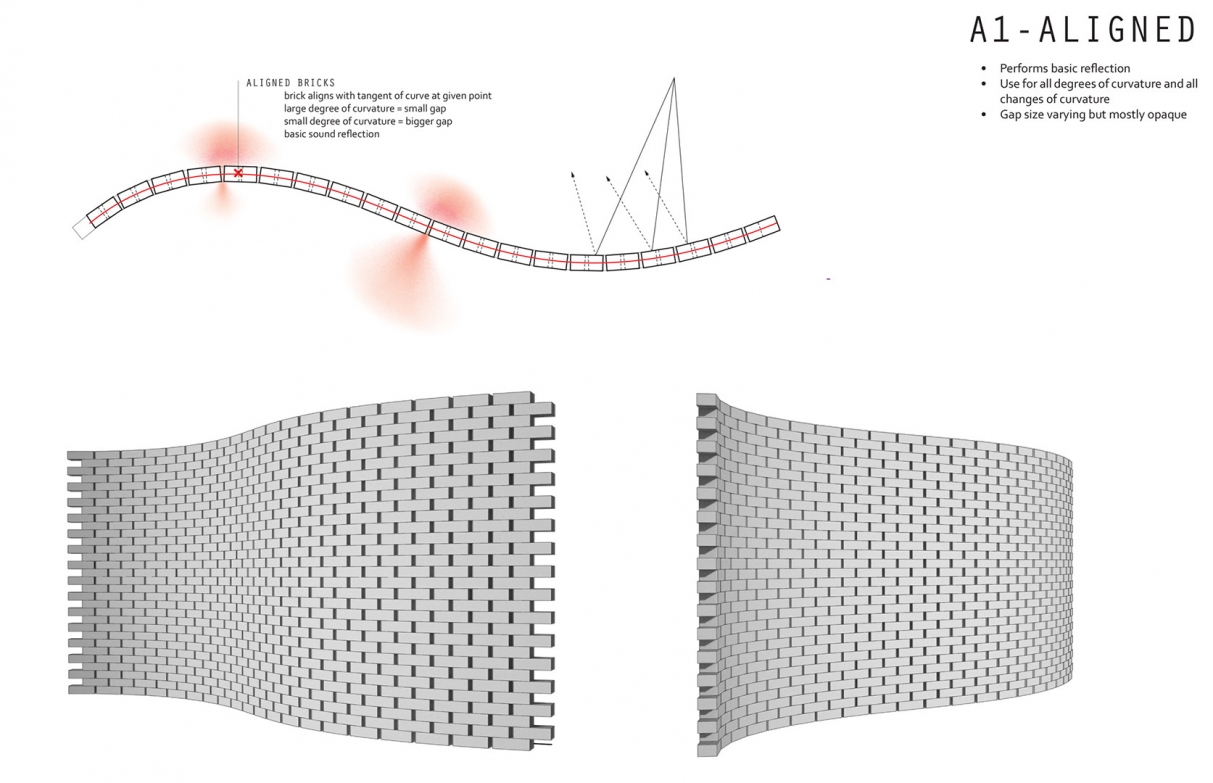 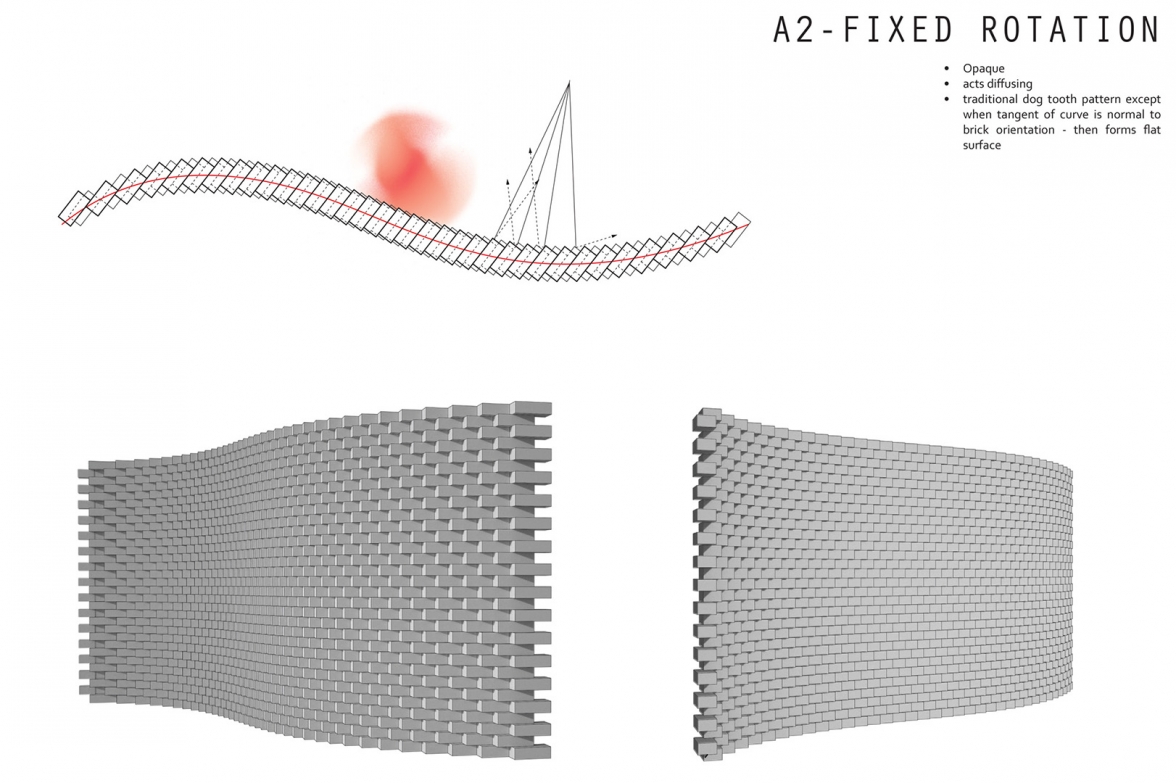 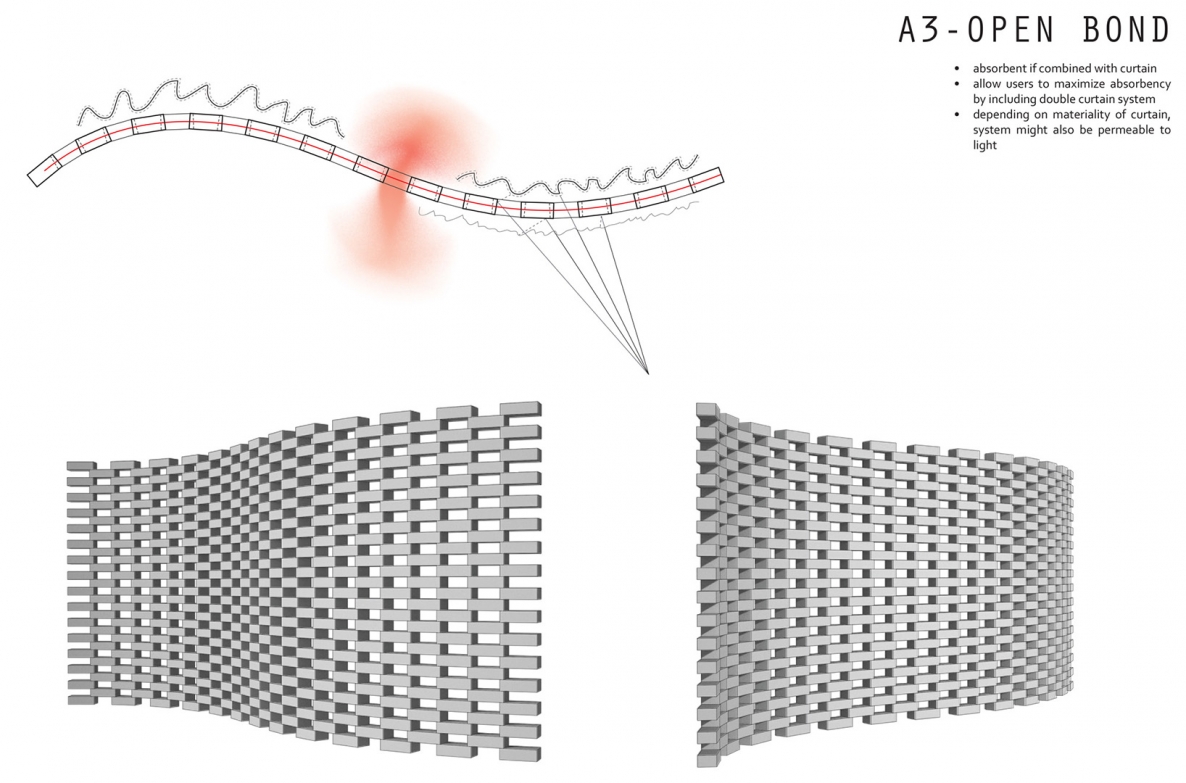 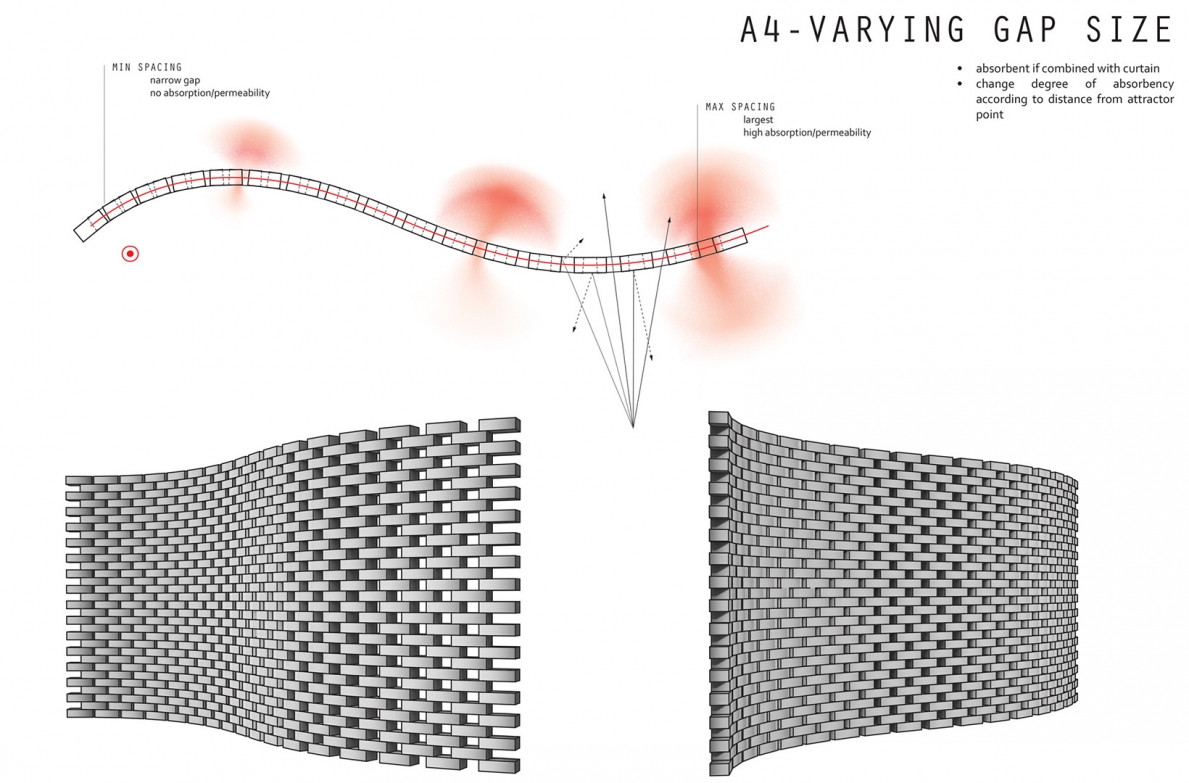 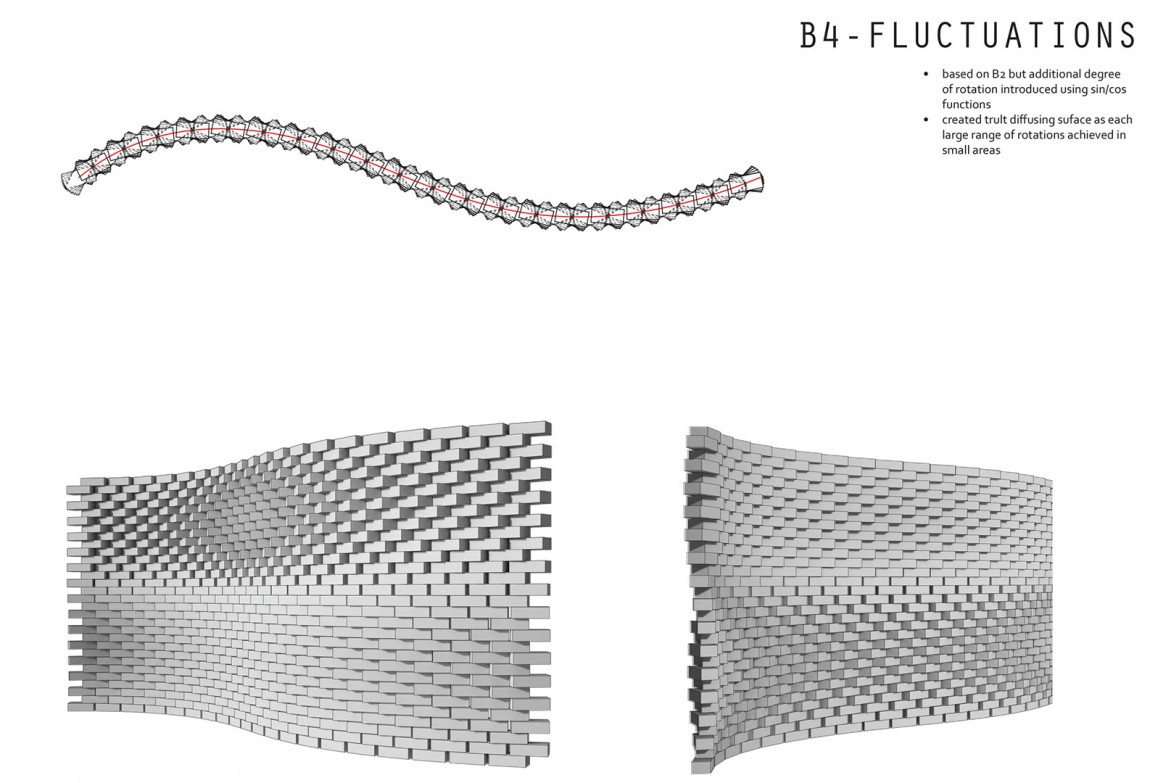 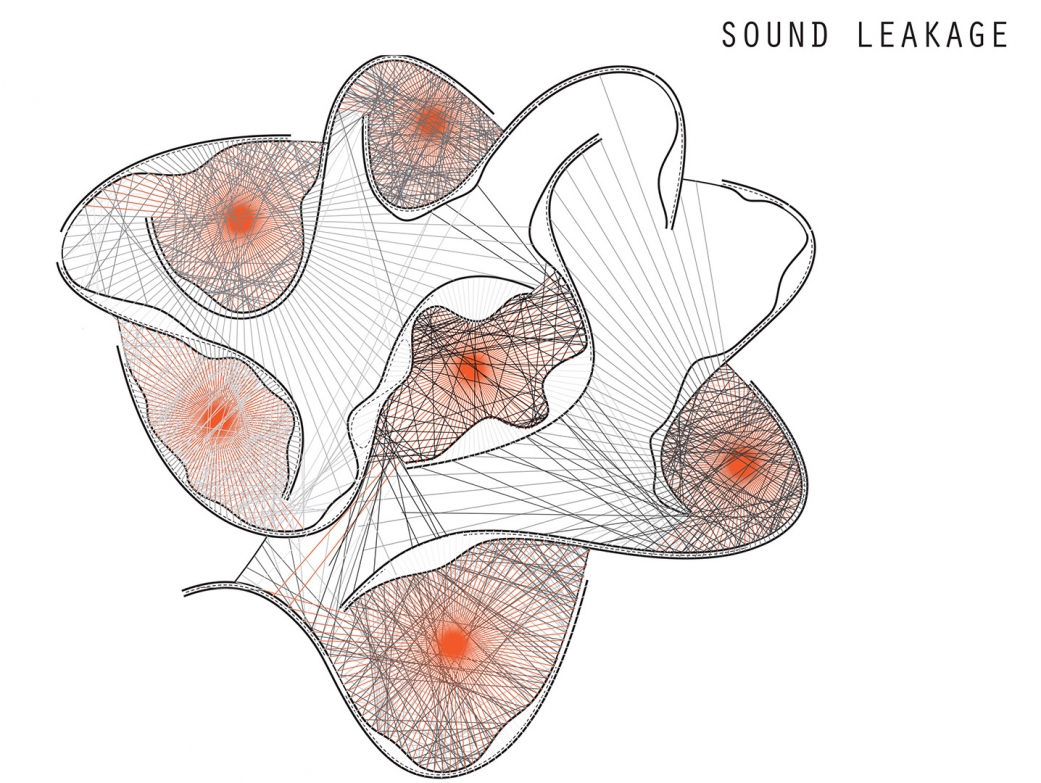 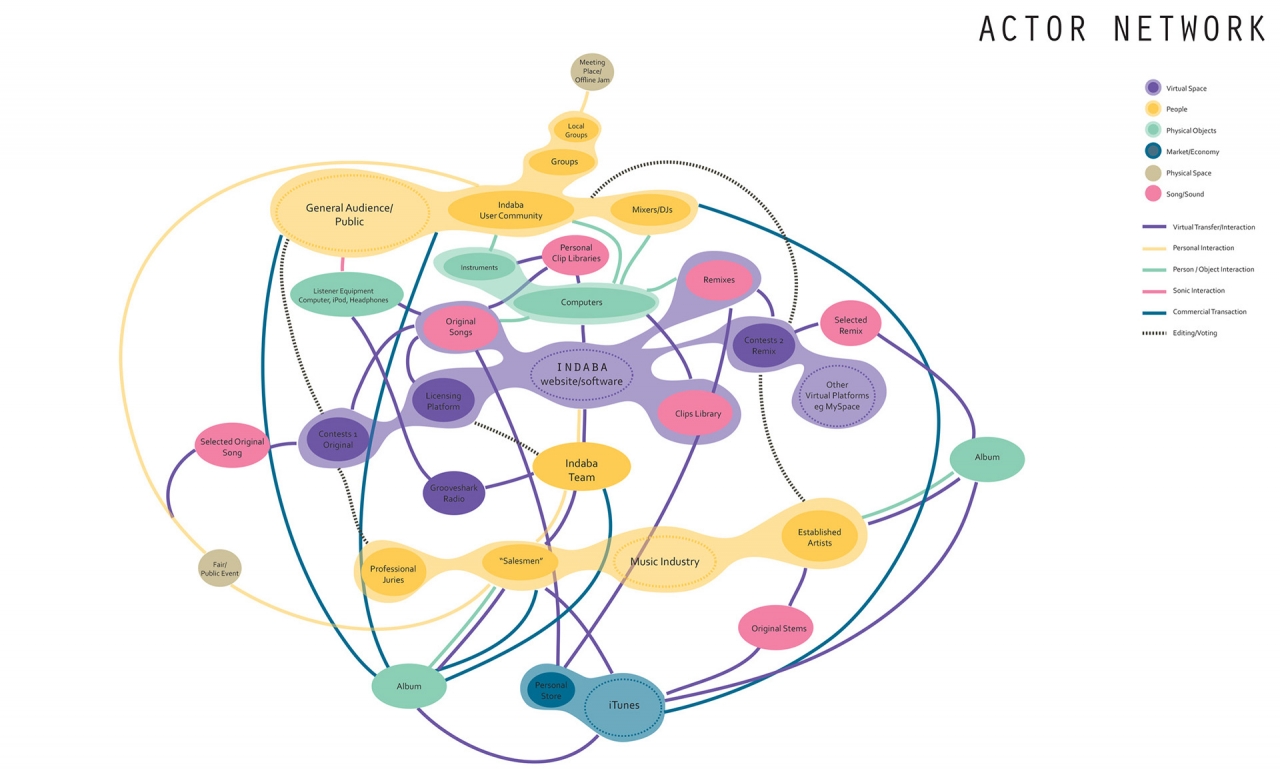 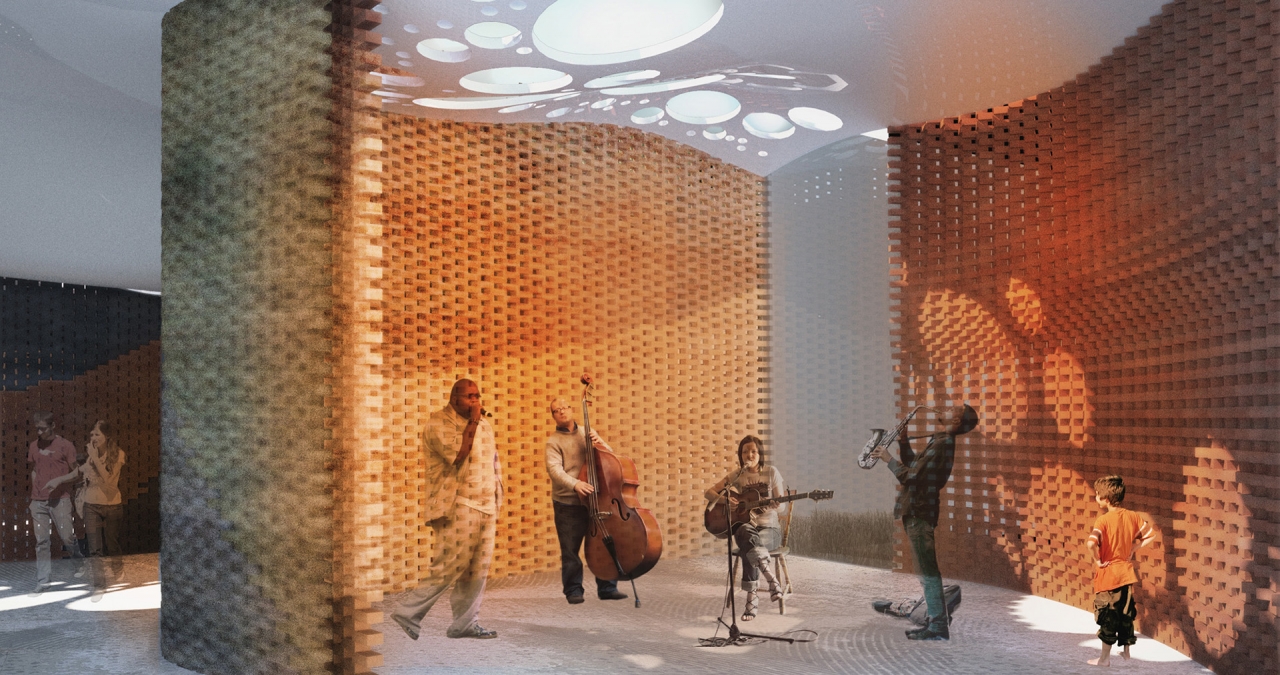 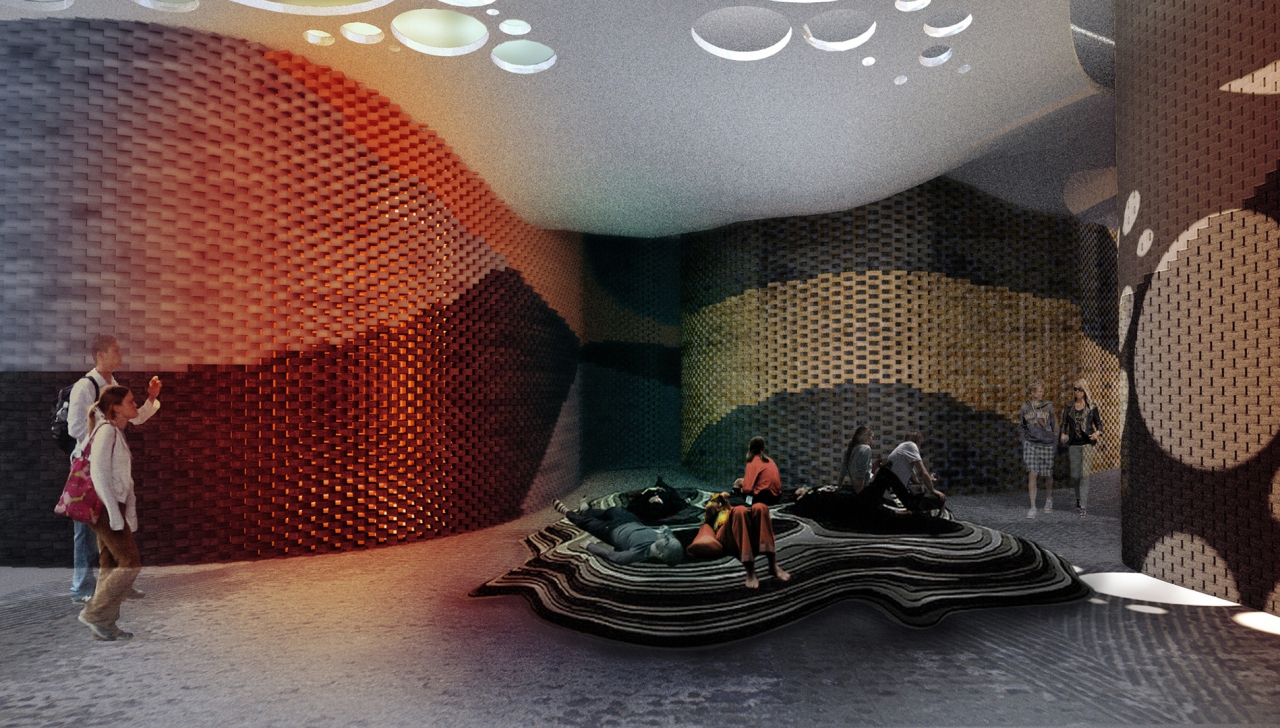 In the wider context of the studio’s work on web-based social media, this project focuses on contemporary music culture and new spaces of sonic creation. The research was initiated by in-depth study of the website Indaba.com, a social networking platform for amateur and professional musicians. The website functions as a marketplace, a virtual studio, a workplace and a learning tool simultaneously. Indaba mediates between the professional music industry and the website’s community, as well as between the users and the listening audience. Most importantly though, it connects different users and facilitates new collaborations between musicians – both online and offline.

Instead of attempting to compete with the global reach of the website, this project limits itself to a very specific urban network. Taking the particular history and lasting vibrancy of Detroit’s music culture as a starting point, the proposal aims to underline architecture’s role as an urban rather than global agent. In doing so, we also hope to emphasize the importance of cities as crucial actors in a highly relationship-intensive world. Advances in information technology not only increase the value of information and knowledge but also the value of learning from people face-to-face. The example of Silicon Valley attests to the fact that geographic concentration and spatial proximity remain essential, in fact become ever more important, in the age of web-based networking.

In the spirit of social networking, we attempted to shape brief and project around information gathered from people from different interest groups. We contacted about a dozen different parties during a period of about 4 weeks and conducted numerous phone interviews. Particularly helpful input came from the economist and local politician Steve Tobocman who shared his views about the role of the creative sector in Detroit’s economy. Another crucial source of information was the non-profit organization Education Through Music. As a result of these conversations, the project was designed to accommodate the needs of four major clients. It is envisioned as a joint initiative between the city of Detroit, Education Through Music, a community-led public space program and Indaba. Just as Indaba draws on a whole range of users to create music, we propose to draw on the needs and assets of a group of clients to create a public institution inspired by the culture of Indaba. And so we see architecture as the carefully crafted intersection of the interest of a number of local, national and global parties – what one might term a crowd-sourced form of programming.

The project is located in the southwest of Detroit adjacent to Roosevelt Park which has for some years been undergoing a community-led revival program. Our design draws upon the inherent spatial attributes of Indaba’s website. Similarly to the website which celebrates the voyeuristic appeal of peeking into a space of production and creation, the building is designed to encourage strolling, browsing and leakage of sound into circulation spaces. The underlying implications of concavity and convexity are utilized to deconstruct the dialectic of interiority and exteriority. The S-shaped curves which form the basis of the plan interlock to create a park-like interior. Circulation and “activity” are no longer truly differentiated. Instead browsing itself becomes a legitimate activity.

In addition to these geometric choices, materiality is another key factor in defining the performance of the building. The building is constructed of salvaged bricks from demolitions across Detroit. This introduces a range of colors and textures to the building as well as echoing the crowd-sourced nature of the activities occurring within. The bricks themselves are employed in a number of different ways, using varying scripts to control brick patterns. These are written to control acoustic performance, lighting qualities and visual appeal. Patterns range from plain bonds for optimum reflection to “hairy” textures which - combined with an absorptive material behind - reduce sound reflection. In some cases attractor points are introduced to vary attributes such as sound diffusion or visual permeability according to distance from a given point. In employing these different patterns selectively for different wall segments, we are able to tune each space to its specific requirements. In addition to ensuring that acoustic conditions meet the needs of recording studio, live jam space etc., this also gives us a means of controlling the extent to which certain activities leak out into exterior spaces.