Federica Vannucchi: From Control to Discipline: Design and Power at the Milan Triennale, 1945-1973 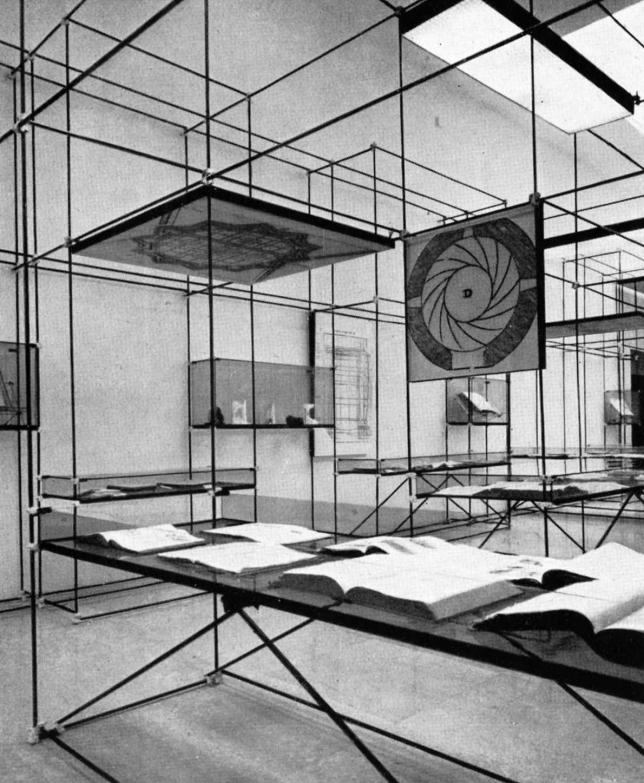 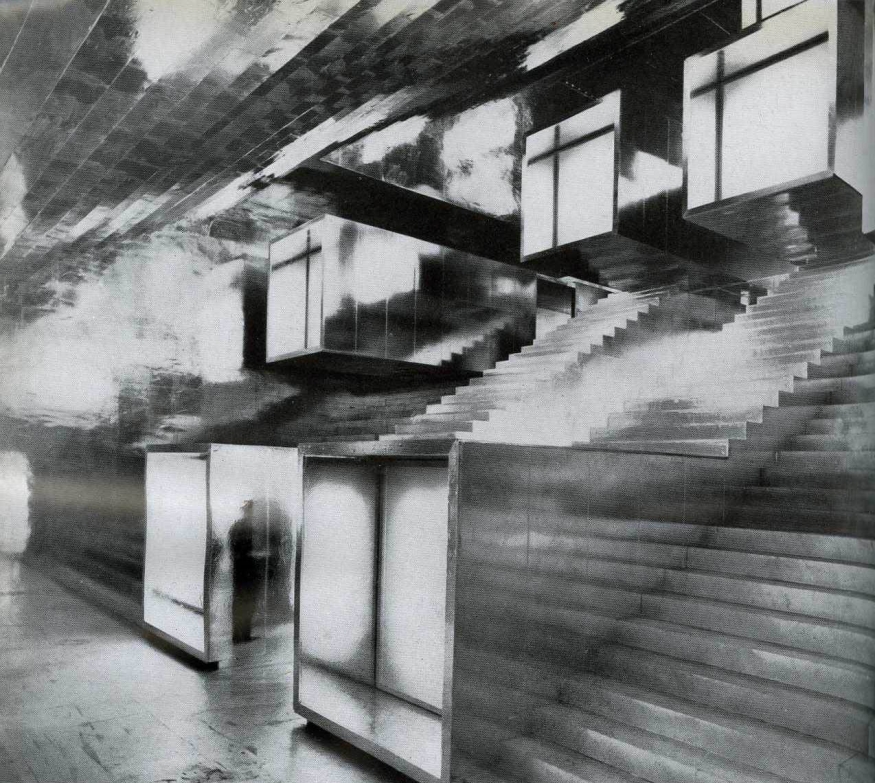 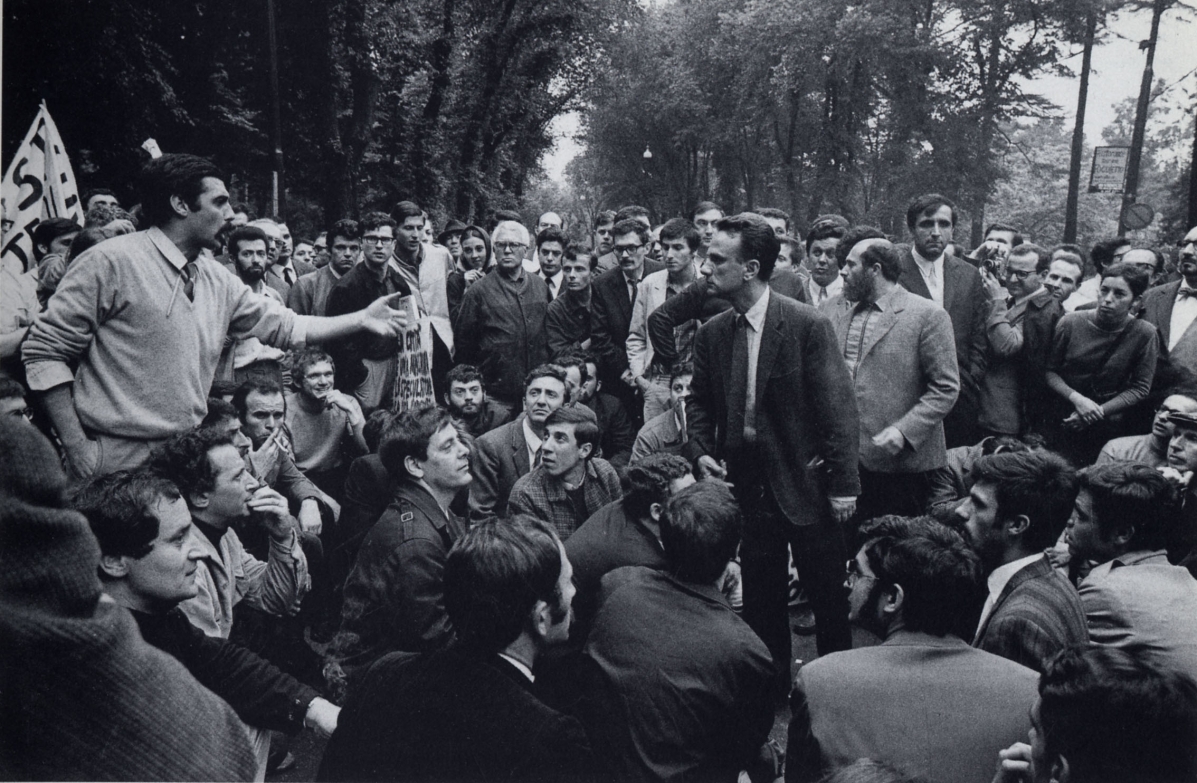 From Control To Discipline: Design And Power At The Milan Triennale, 1945-1973

The history of architecture in the second half of the 20th century is threaded through by a continuous and schizophrenic quest for disciplinary organization. On the one hand, the boom of the postwar decades granted architecture a new relevance, and gave rise to numerous attempts to systematize architectural rules for controlling urban growth. On the other hand, this renewed prominence pushed architecture to establish itself as an autonomous field: a discipline, capable of resisting political pressure by force of its internal discursive coherence. Between control and disruption, regulation and deregulation, compliance and resistance, the quest for a disciplinary core was at the center of a power struggle between architects and a variety of external actors.  This dissertation traces the coalescence of forces that led to architecture’s “disciplinary turn” by examining the history of one institution, the Milan Triennale. From 1945 to 1973, the Triennale served as a laboratory and testing ground for debating the relationship between architecture and power in the Italian context – a negotiation that produced what the dissertation calls “controlling mechanisms.” These were new types of planning practices, design strategies, discursive patterns, and modes of visual display, that could both shape architecture into a discipline and control the rebuilding of the Italian peninsula. The dissertation proposes that the Triennale contributed to the formation of the discipline by defining, testing, and resisting, various instruments of territorial, architectonic, aesthetic and visual control. Thus the Triennale is understood not simply as a space devoted to exhibitions but as a complex institutional apparatus bridging architectural, political and public spheres.

The Triennale is known in architectural history for exhibitions that captivated an international public while capturing the essence of the Italian architectural mood. Every three years, the Palazzo dell’Arte opened its doors to an international audience looking for the newest industrial design, the latest interiors and the most radical architectural innovations. The exhibition’s mandate was unique: not only to “exhibit” but also to “produce” architectural experiments by gathering disparate strands under one thematic umbrella. The themes themselves were subject to intense negotiations between two committees, which had overlapping missions and memberships: the Study Center (Centro Studi), a group of architects responsible for the organization of the various venues, and the Council of Administration (Consiglio di Amministrazione), a political committee overseeing the activities of the Triennale.  The preparatory meetings of the Study Center included a striking coterie of architects, from late-modernists such as Ernesto Nathan Rogers, Franco Albini, Ignazio Gardella, Ludovico Belgioioso, Carlo Mollino, to the successive generation who contested the modern legacy, such as Giancarlo De Carlo, Marco Zanuso, Vittorio Gregotti and Aldo Rossi. This architectural who’s who was joined by an equally stellar cast of Italian intellectuals, such as Elio Vittorini, Umberto Eco, Enzo Paci and Marco Bellocchio. Through these lengthy debates, the Study Center effectively managed to produce thirty years of architectural discourse. In fact, behind the dazzling display, a deep architectural anxiety haunted the Palazzo. Repeatedly, the organizing committee asked: what is the conceptual and physical form of architecture today? At every exhibition, a new theoretical formulation of architecture was tested. What was evaluated was not only the public’s appreciation of architecture, or the contemporaneity of certain trends, but also –and inevitably– the architects’ intellectual control over their own discipline.

As Manfredo Tafuri theorized in a lecture at the Istituto Universitario di Venezia in 1966, architecture had turned into a disciplinary study through the application of an intellectual control. Constructing an historical argument, the historian explained that this transformation had occurred during the Renaissance. By applying “methods of control” such as space, form and perspective, architects transformed architecture into a system of rules that governed design, rather than a set of more or less pragmatic construction methods. This dissertation borrows Tafuri’s conception of the architectural discipline as shaped by controlling systems, but follows the fate of these systems in the Italian postwar context, when architects, politicians, corporate patrons, and even the Vatican, sought to “discipline” architecture in its conceptual and physical form.

Through this pattern of interference between architects and political actors, I will argue, architectural “control” shifted to architectural “discipline.” Whereas fascist Italy had used architecture for direct territorial control, in the postwar new strategies arose. In the face of a weakened state, political power could be interlaced with economic interests, to create instruments that could “control” the environment, “discipline” architects, and “communicate” to the consuming public. In this sense, architecture served as one of many cultural apparatuses that transformed the promise of the welfare state (a promise inherited from fascist modernism) into a normalizing society of control (which paved the way for postmodern disciplinarity).

A crucial component of this historical dynamic was the requirement that these mechanisms be designed for “display” in the Palazzo dell’Arte. In other words, it was the “communicative” potential of architecture that raised its political stakes. As a medium, the exhibition appeared pluralistic. With its thematic variety, the Triennale was able to display a broad heterogeneity of architectural speculations: neighborhood plans, consumer products, management schemes, graphic strategies, theoretical pronouncements, and so on. But these were all ways to test from what stance architecture should draw its disciplinary strength: by “performing” like a law (as with the QT8 scheme, which became a legislative blueprint), by “persuading” like an advertisement (as with the Golden Compass, the first prize for industrial design), by “communicating” like a language (as with Vittorio Gregotti and Umberto Eco’s proposal for a “communicative” architecture), by fostering new social “processes” (as with De Carlo’s architecture for “the great number”), and so on. The Triennale, this dissertation will argue, was the place where legislation, linguistics, procedure, history and image—all crucial themes of postwar architectural discourse—were tested as possible modes of disciplinary control.

Three objectives motivate my study: (1) To understand the evolution of disciplinary debates in relation to political power in Italy between 1945 and the early 1970s. (2) To reconsider the classical neo-Marxist conception of architecture that dominates Italian historiography from Benedetto Croce to Manfredo Tafuri, whereby architectural history is mainly moved by economic drives. A consequence of this concept is that architectural criticism assumes the form of a superficial layer, underneath which an economic reality proliferates.  This study proposes that economic interests interlace with other means, and the latter are strong enough to activate structural changes in architectural history. In the place of a hierarchical relationship, I will seek to describe a circular dynamic, inspired by Carlo Ginzburg, whereby history proceeds by a constant exchange, circular in fact, between a determining power and the forms of this determination. What this historical model allows is the identification of the specific means – what I call architectural “controlling mechanisms” – responsible for these structural changes. (3) To provide a pre-history of the postmodern architectural discourse of “Autonomy”, especially as it was imported into American architectural academia beginning in the 1970s. By describing the specific socio-political conditions wherein in the Tendenza’s visions of architectural “purity” was institutionalized as an architectural agenda, the dissertation will reveal how interference between architectural problems and political interests were built into the disciplinary freedom that architecture sought in the late decades of the century.