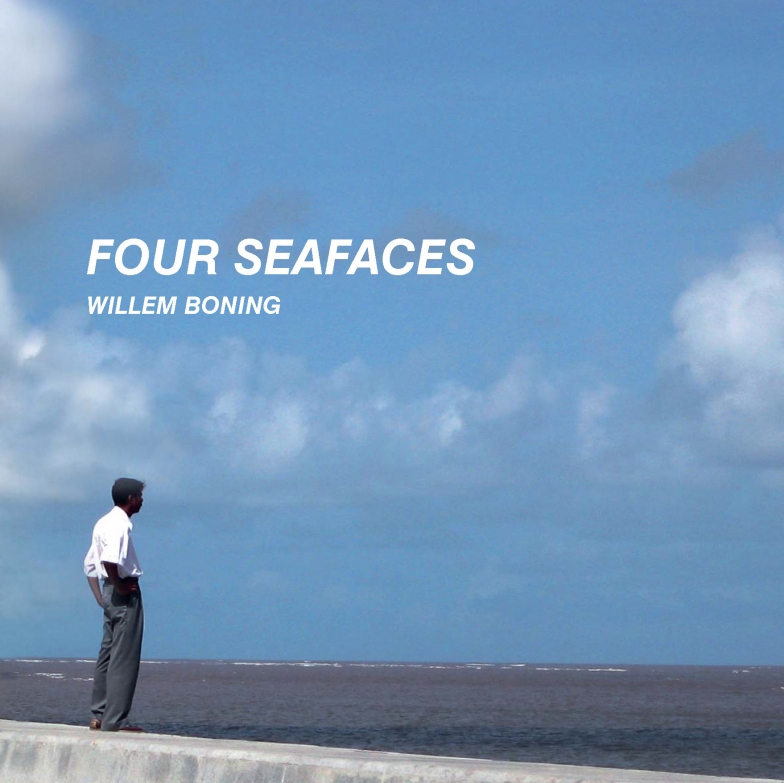 From the Preface by Mario Gandelsonas:

"Four Seafaces charts the spatial conditions of contemporary Mumbai, probing the interaction between formal patterns and cultural and social practices. The seafaces, where Mumbai opens to the ocean, provide a physical framework that organizes and animates a range of collective actions. The booklet contains a score of formal diagrams, drawings that choreograph the actions of couples, families, elderly people, beggars, police and tourists drawn to the margin where the city intersects the water and the sky. A series of photos complements the drawings, depicting the diversity of positions in which bodies sit, stand or flow along the edge, reconfiguring the materiality of the space and producing its unique public character."