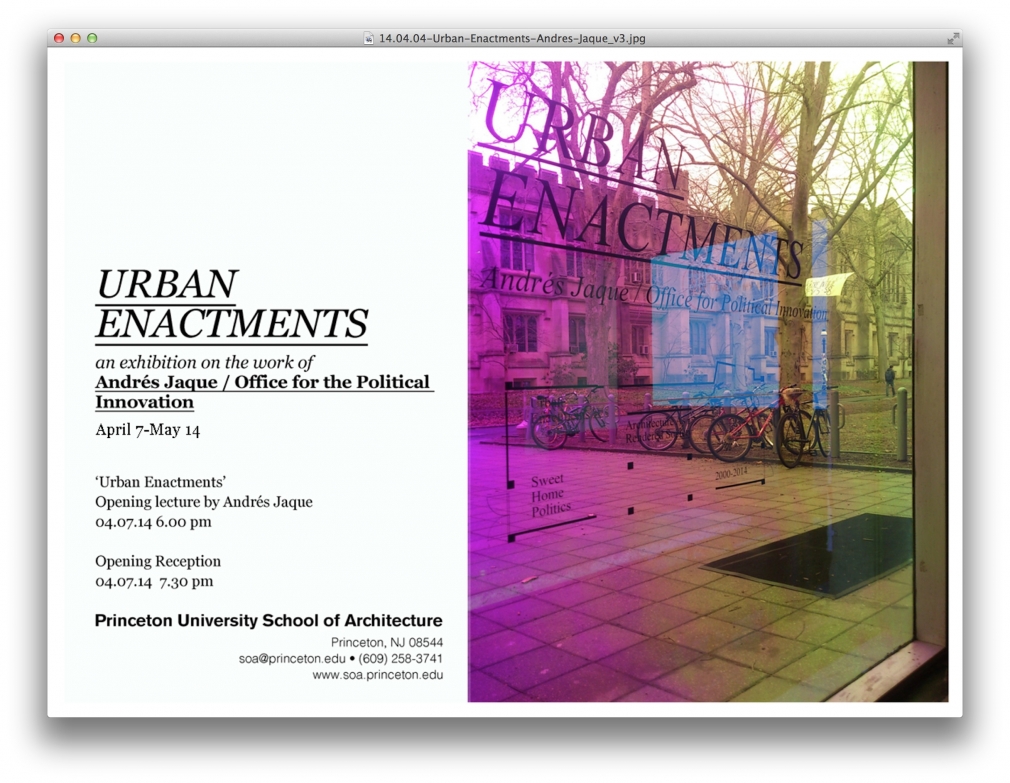 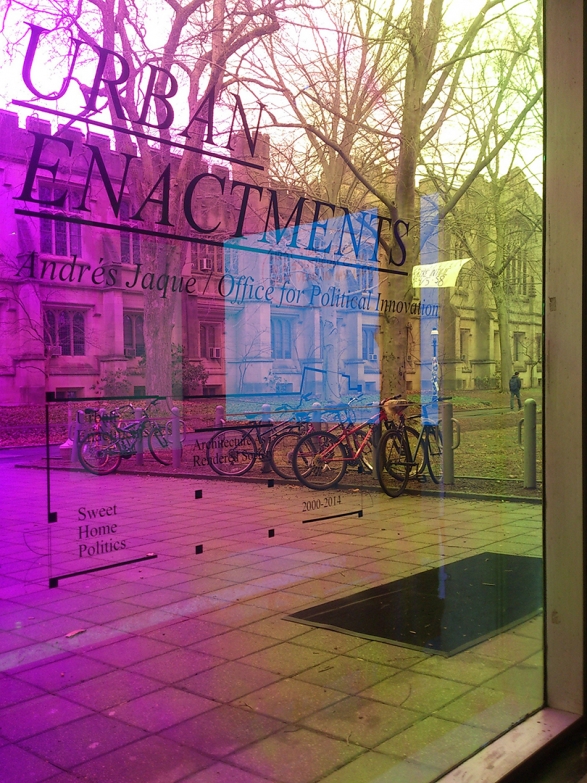 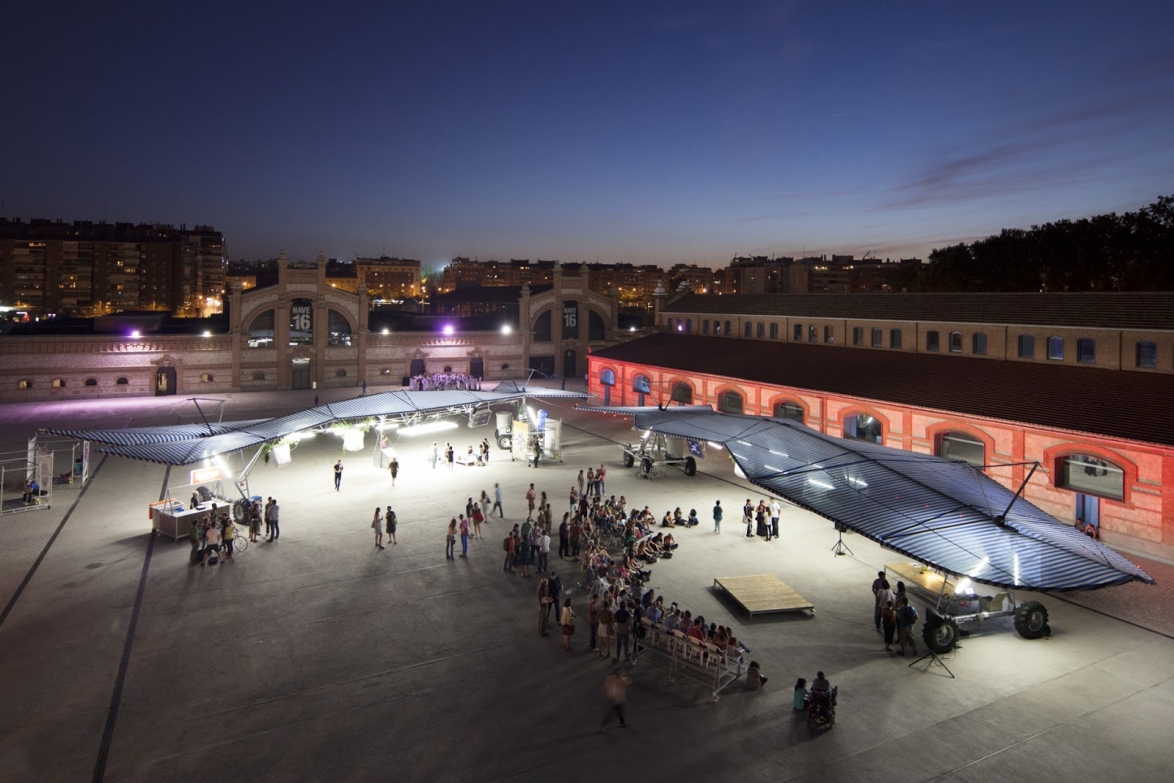 In the last 10 years the Office for Political Innovation has explored the question: ‘What happens to architectural practices when common notions of the urban (as something confined in CITIES) are replaced by others in which the urban is contained in URBAN ENACTMENTS (ordinary interactions in which politics are produced)?’

They mobilize objects, technologies, beings, buildings, environments; making constellations of heterogeneous entities that gain continuity (as a contingent urbanism) only as they perform together as the components of a shared situation.

From this perspective the way in which the material embodiment of the political has been discussed in architecture in recent decades can be challenged.

Both techno-determinism and techno-neutrality are confronted by a sense of ‘SHARED-AGENDAS’, that account for the political as a dispute and association between the agencies activated by numerous individual entities.

The works included in this exhibition are not architectures designed to be later occupied by society, but techno-societies in which architectural design attempts to gain relevance.