Ignacio G. Galán  presented his research on Cinecittà at the exhibition Monditalia, within the 14th International Architecture Exhibition of la Biennale di Venezia by invitation of the general curator Rem Koolhaas. The installation will be on display at the Corderie dell'Arsenale in Venice from the 7th June to the 23rd November 2014.

Cinecittà Occupata borrows its name from the 2012 occupation of the famous italian film studios, by workers in protest against their recent business strategies. Beyond this recent polemic, the installation showcases the studios' different kinds of occupations considering both the fictional spaces offered by Cinecittà (originally through film and now also through television) and Cinecittà as an actual space of fiction production located in the city of Rome. Bringing to the fore the frictions between these two kinds of spaces, Cineccittà Occupata considers the studio complex as a laboratory for the scrutiny of post industrial societies, and explores how this laboratory has been continuously negotiated and contested. 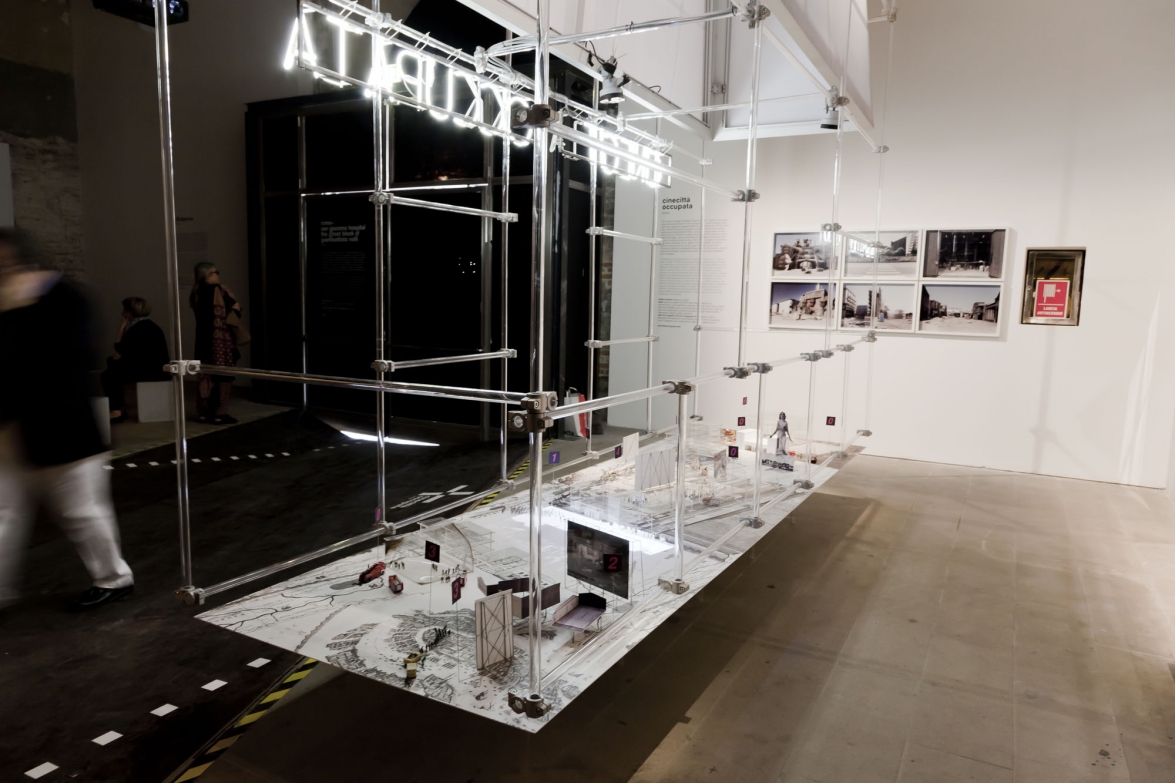