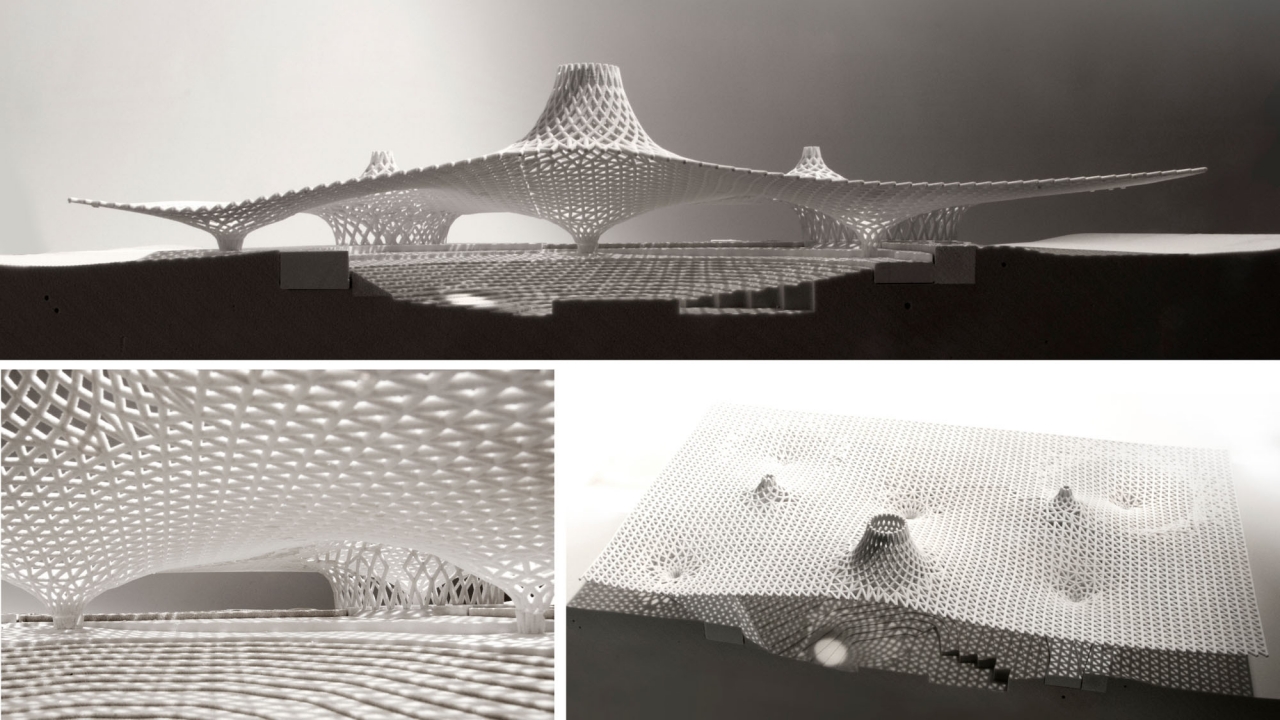 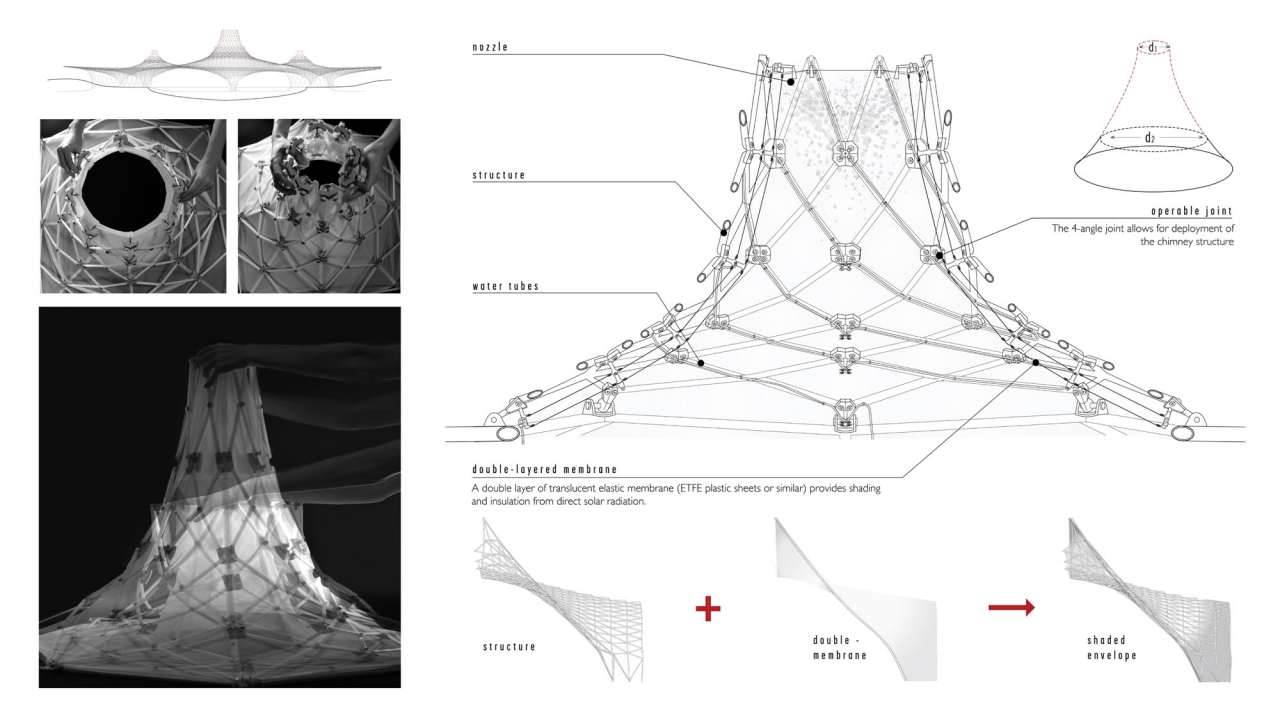 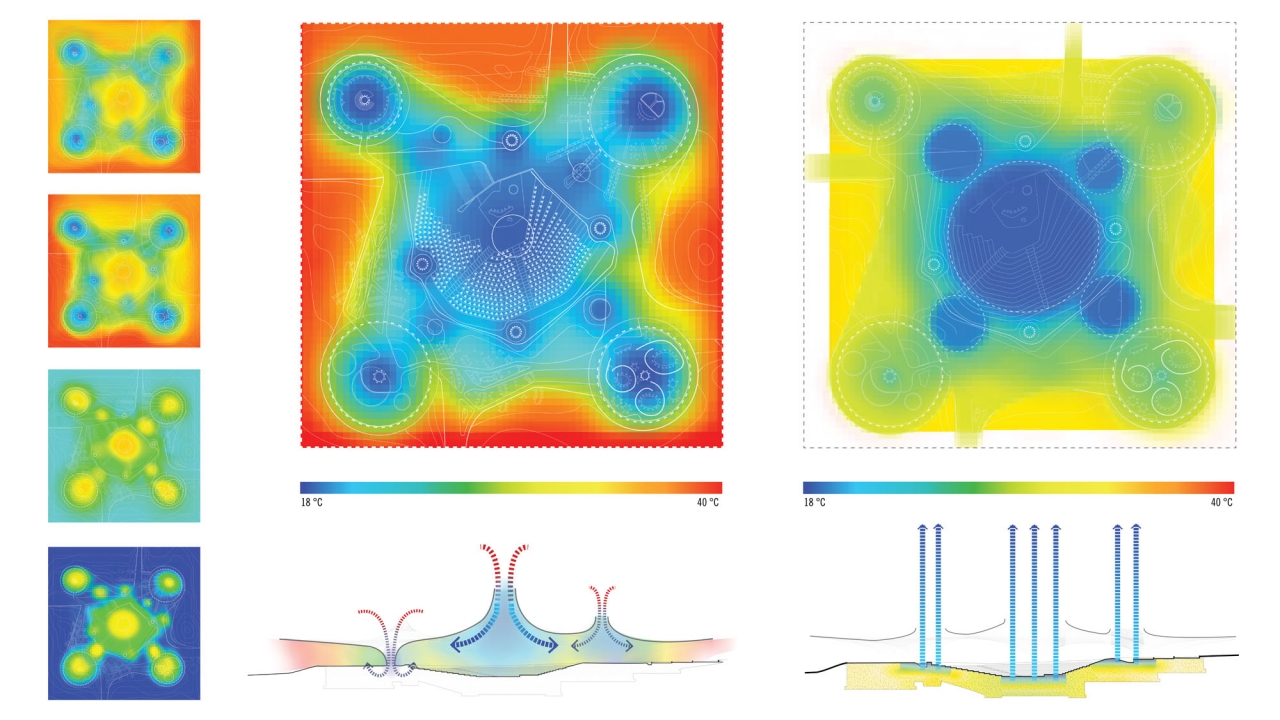 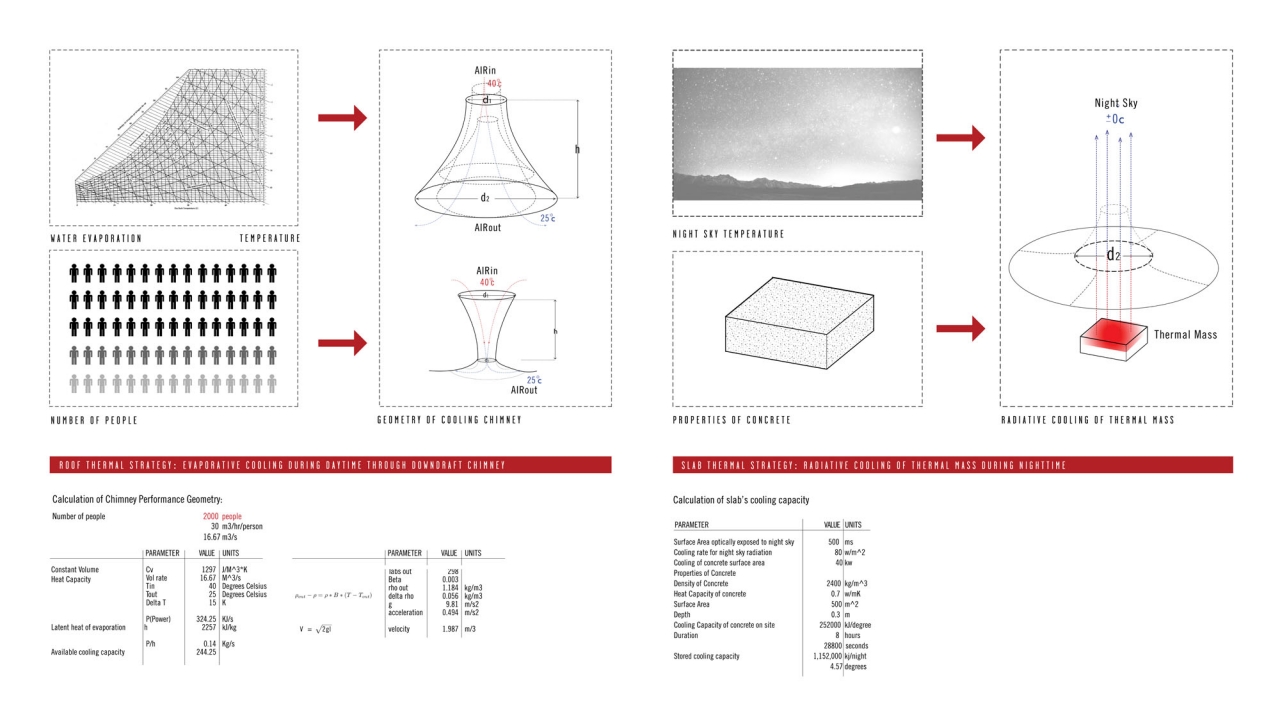 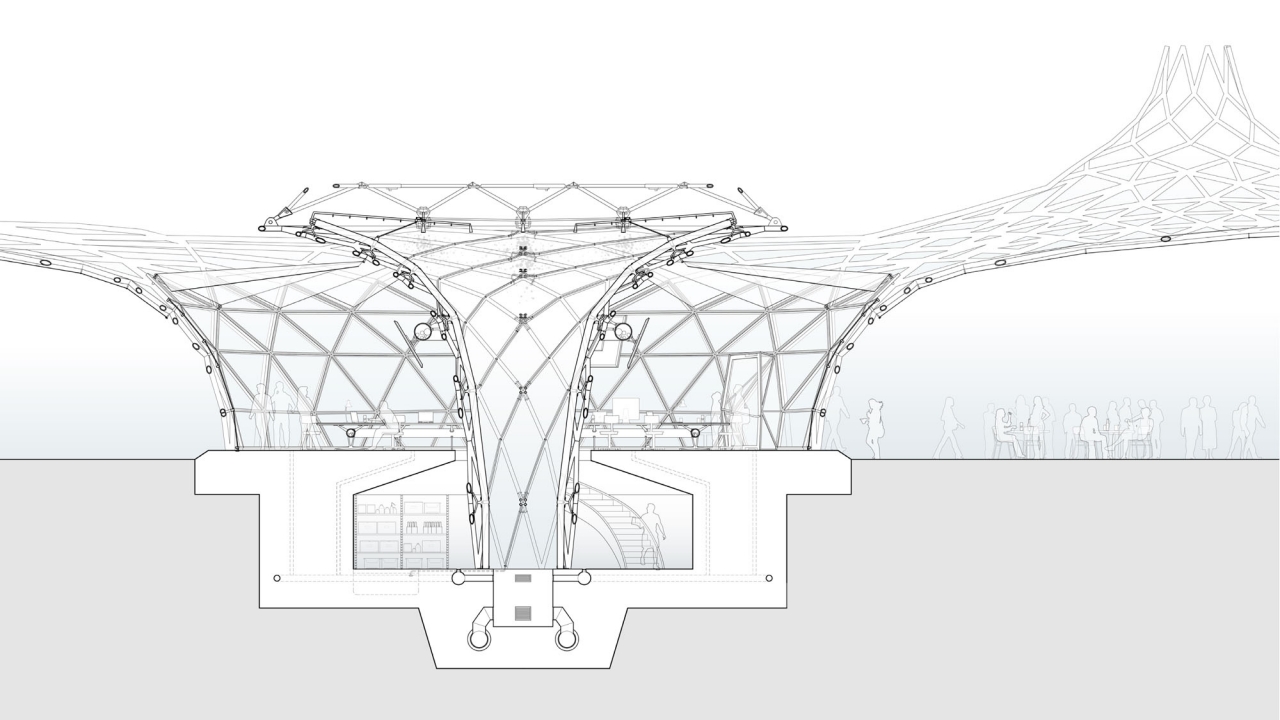 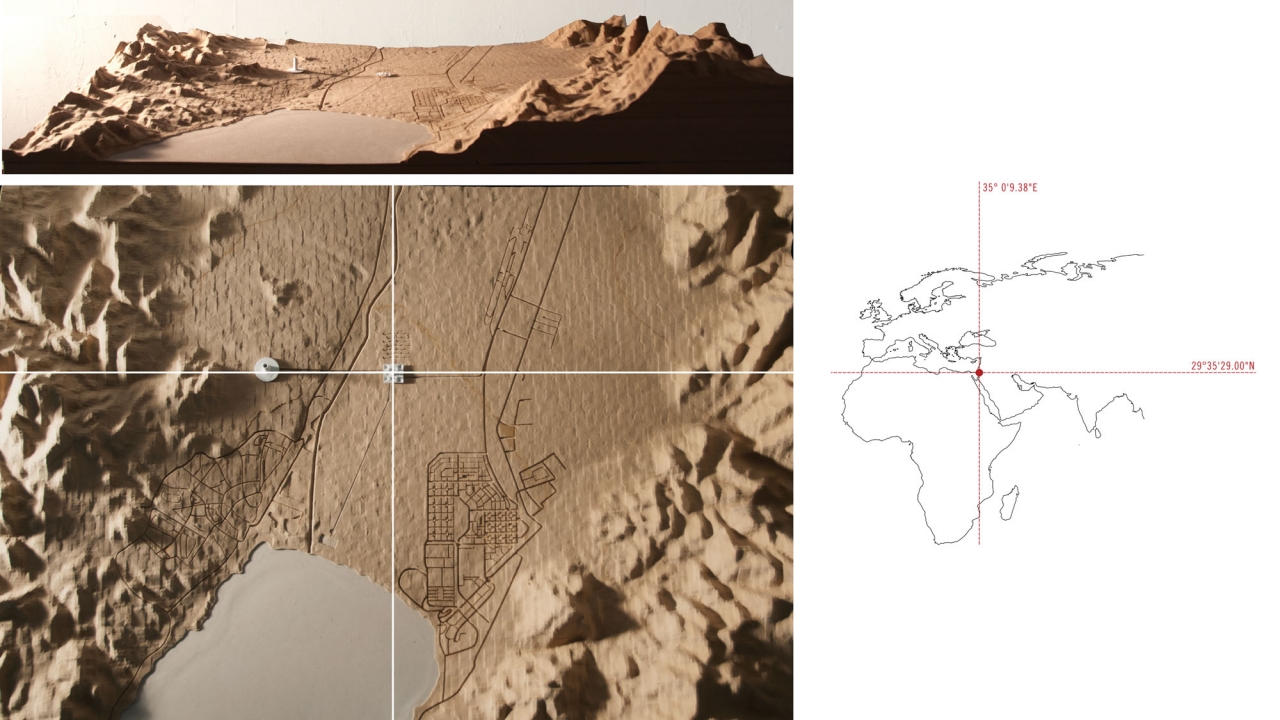 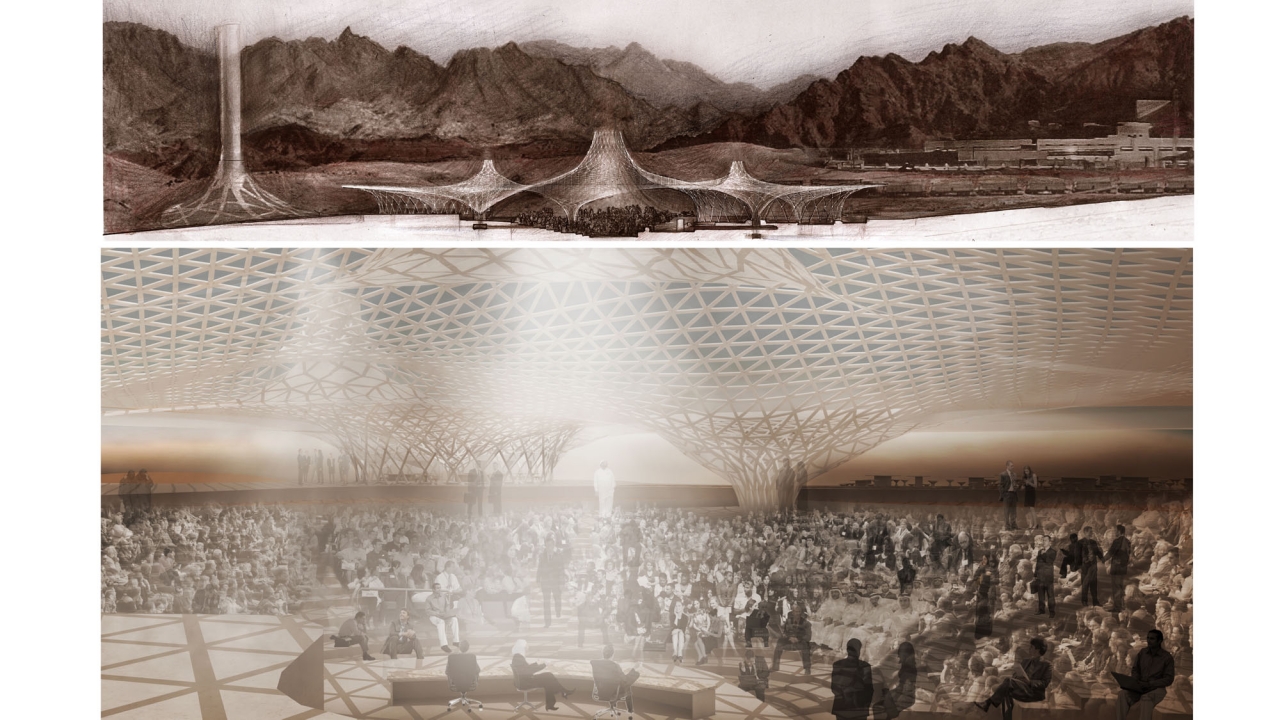 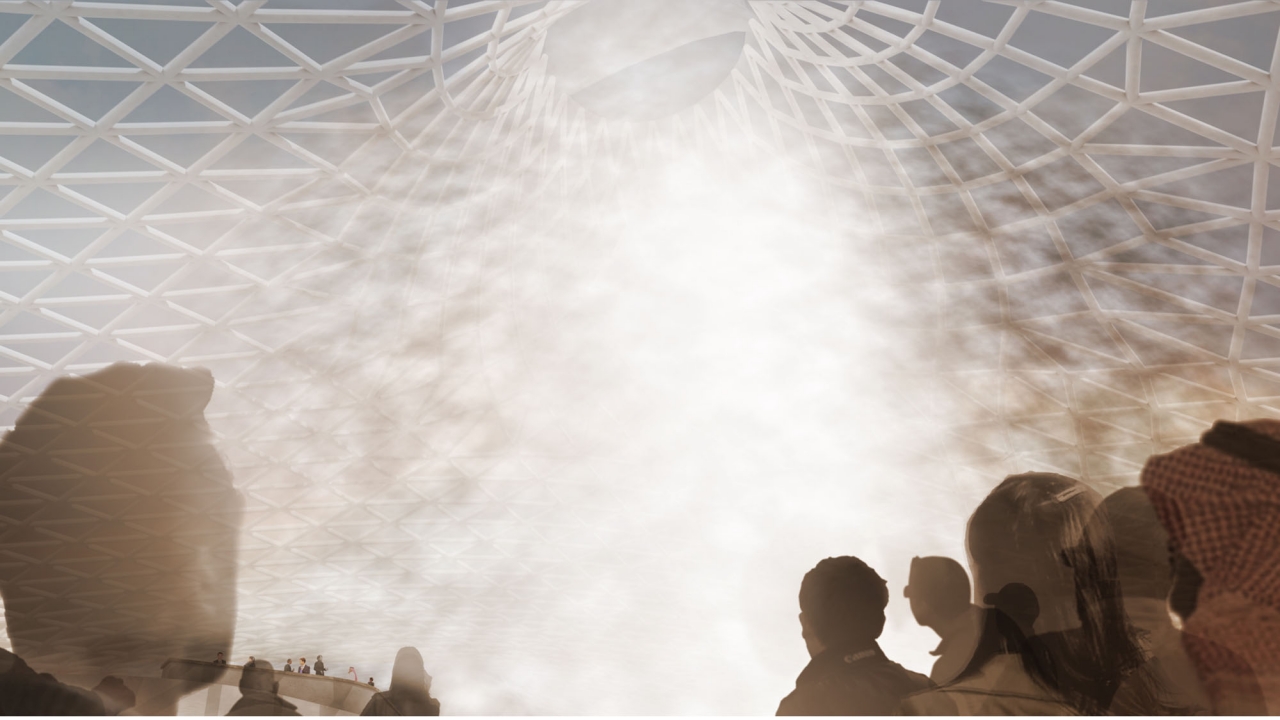 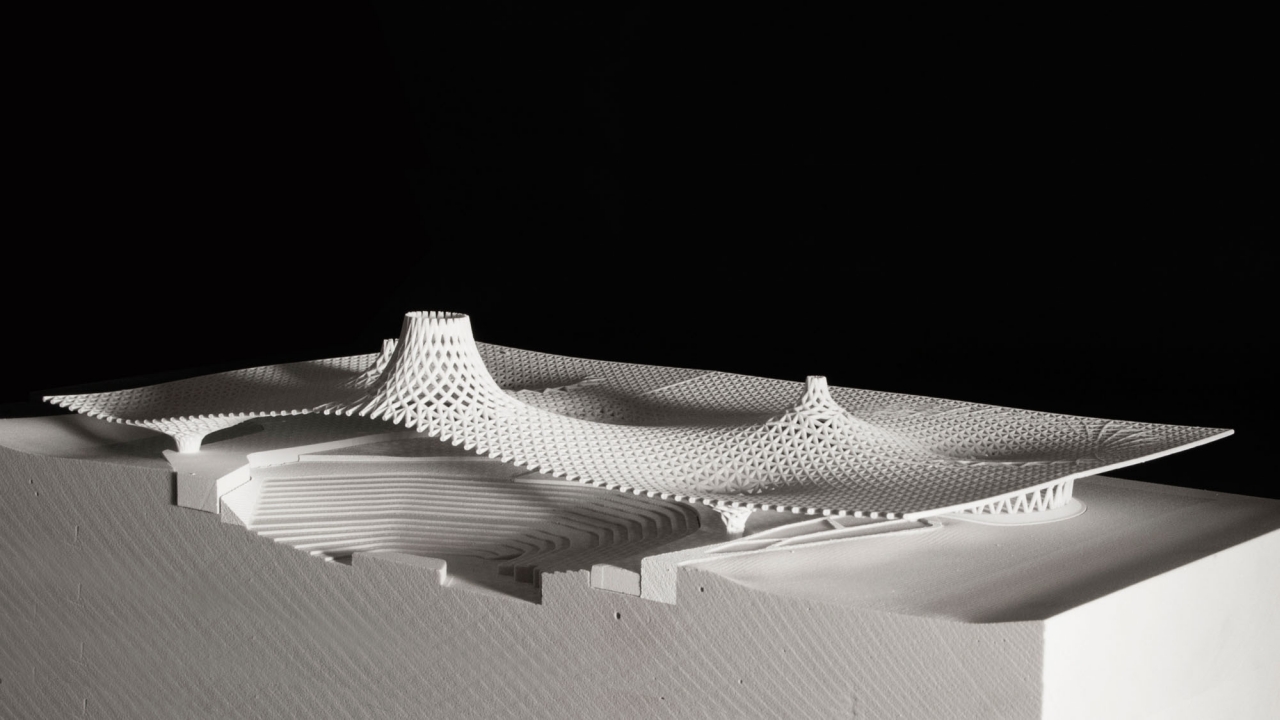 Abstract
The Middle East is a geographic region with shared climactic characteristics that traverse the national and sectarian boundaries of its fractured political status. 80 percent of the region consists of arid deserts with a high degree of solar radiation. If envisioned strategically, renewable energy offers the potential not only to rethink the desert as an immense resource, but also as an economic incentive for trans-national collaboration in the region.

At an architectural scale, this project attempts to tackle the problem of face-to-face human interaction within a desert climate. How far can architects harness the power of the beating sun to conversely create places where people meet and assemble? Historic precedents of pre-electric passive cooling in the region ranging from the Bedouin tent to the Persian malqaf (wind catcher) have been replaced by a contemporary expectation of large, inefficiently enveloped and hyper-cooled halls. This project proceeds from a prototypical site in the desert outside Aqaba, Jordan to explore passive cooling at the large scale of a contemporary meeting hall for regional dialogue. I develop two strategies to leverage optimal temperature gradients that complement one another across a day-night cycle:

1. A downdraft solar chimney with evaporative cooling: In daytime, a mist (of salty or treated grey water) sprays inside the chimney crown. Dry desert air is evaporatively cooled and pulled down the chimney. Cool air is directed into the assembly hall via free convection. At an outdoor temperature of 40°C, internal temperature can be cooled to 25°C.

2. Radiative cooling of the architectural slab: The slab performs as a thermal mass. At night, the aperture of the roof’s chimney is structurally activated to dilate and expose a maximum surface area of the concrete slab to the night sky above. With the chimney open, the slab has the heat capacity to store up to 5°C of cooling on a cloudless night.

The assembly hall’s grid-shell roof structure is parametrically designed to geometrically optimize the performance of both these cooling techniques on its site. This approach to envelope design provides a scalable model for passive cooling optimization on other sites, where inputs can be inflected to account for different environmental parameters (outdoor temperature, dew point, water access) and target outcomes (number of people, desired temperature, air velocity) to generate locally efficient assembly spaces in desert climate.