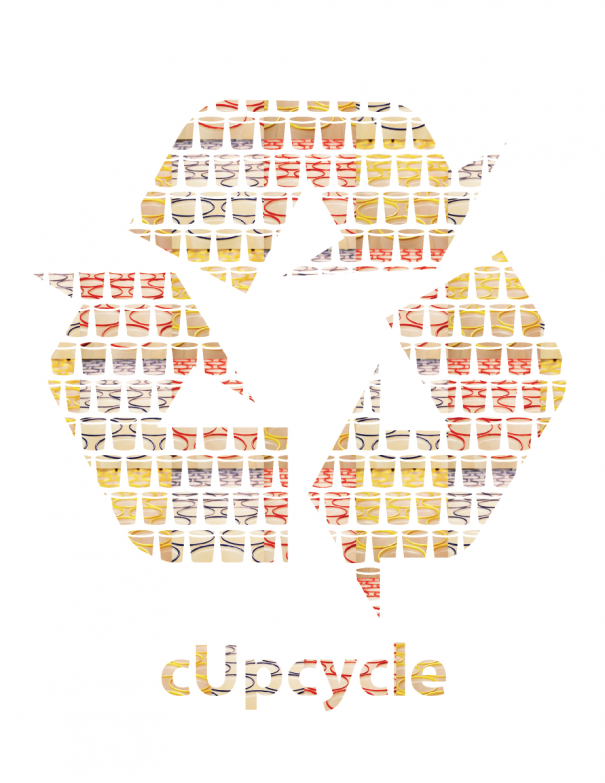 "When assigned the final project to create an "intervention on campus" in Architecture 204: Intro to Design Studio, Sandy Bole ‘16 and Julian Edgren ‘16 set high standards for themselves. Rather than relying on more readily available materials, the two sophomores spent a weekend collecting thousands of used plastic cups from four of Princeton's eating clubs for their project, which they fittingly named, "cUpcycle.""