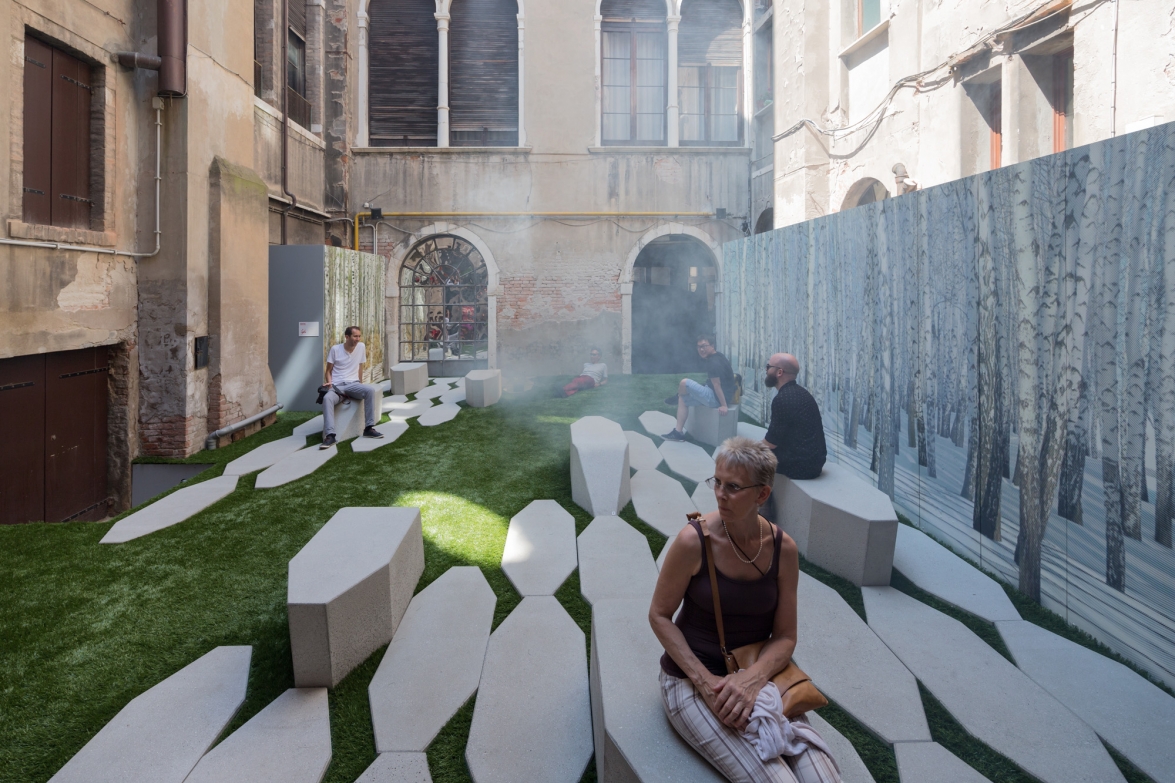 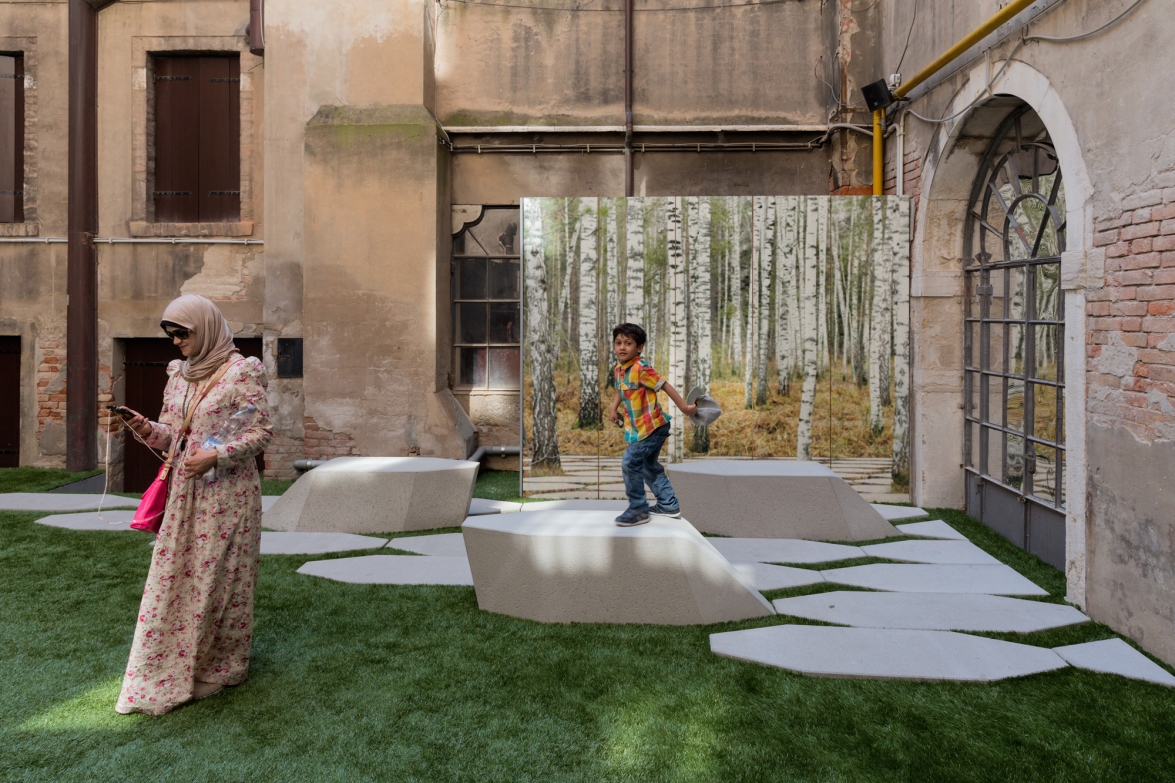 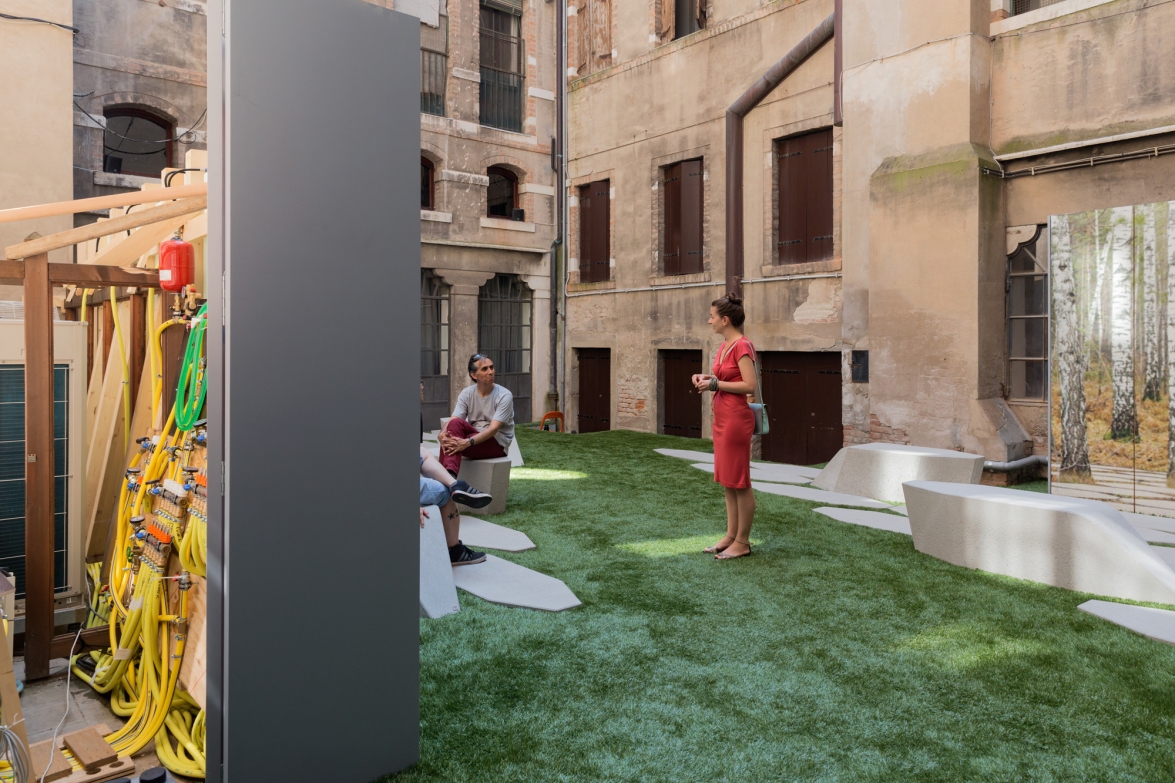 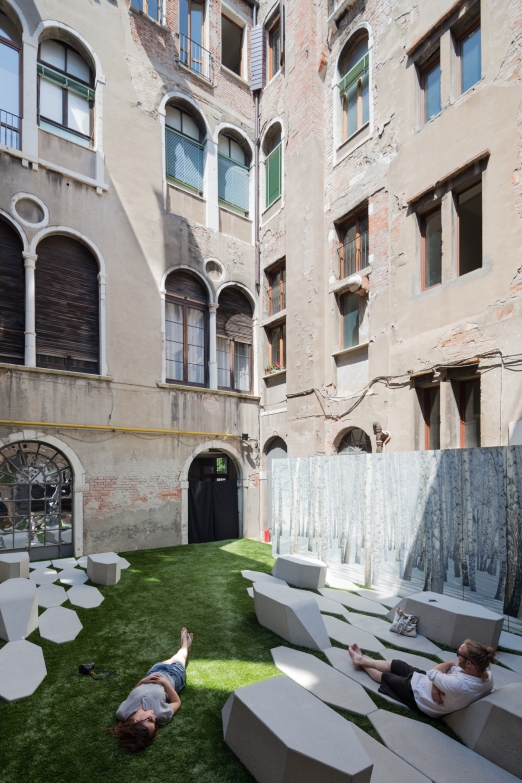 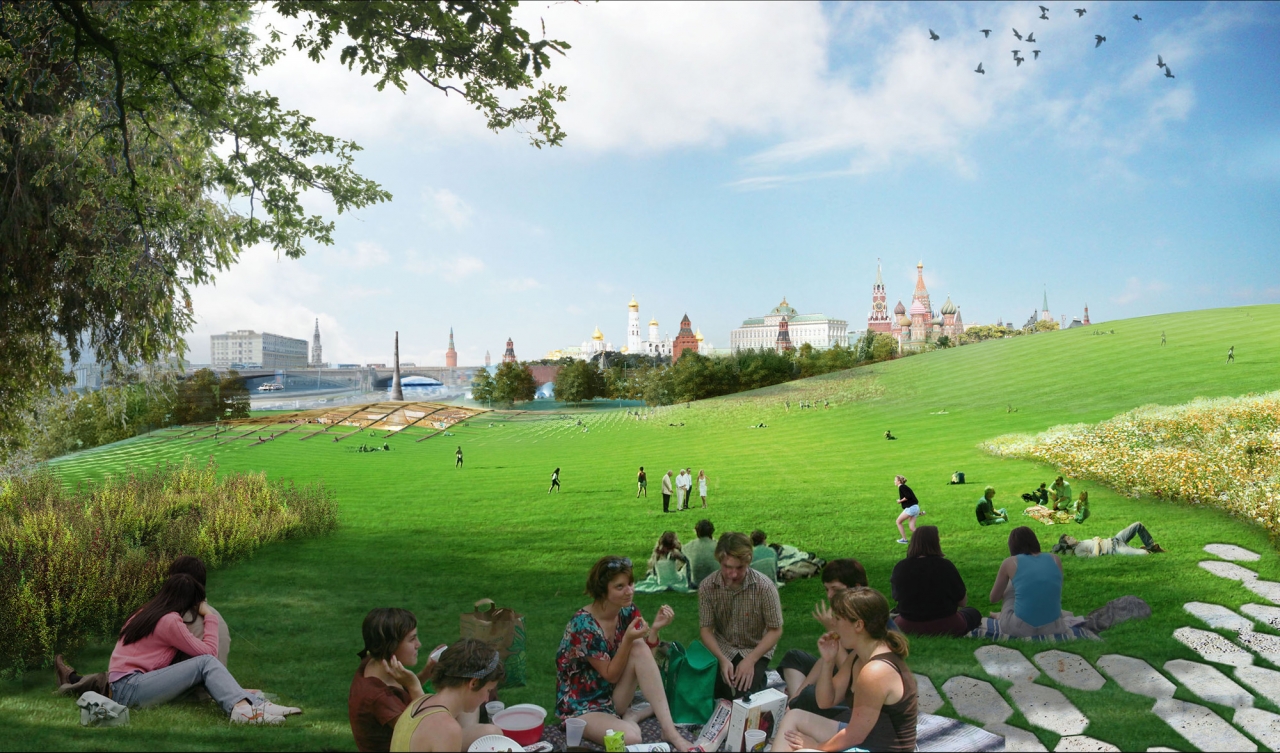 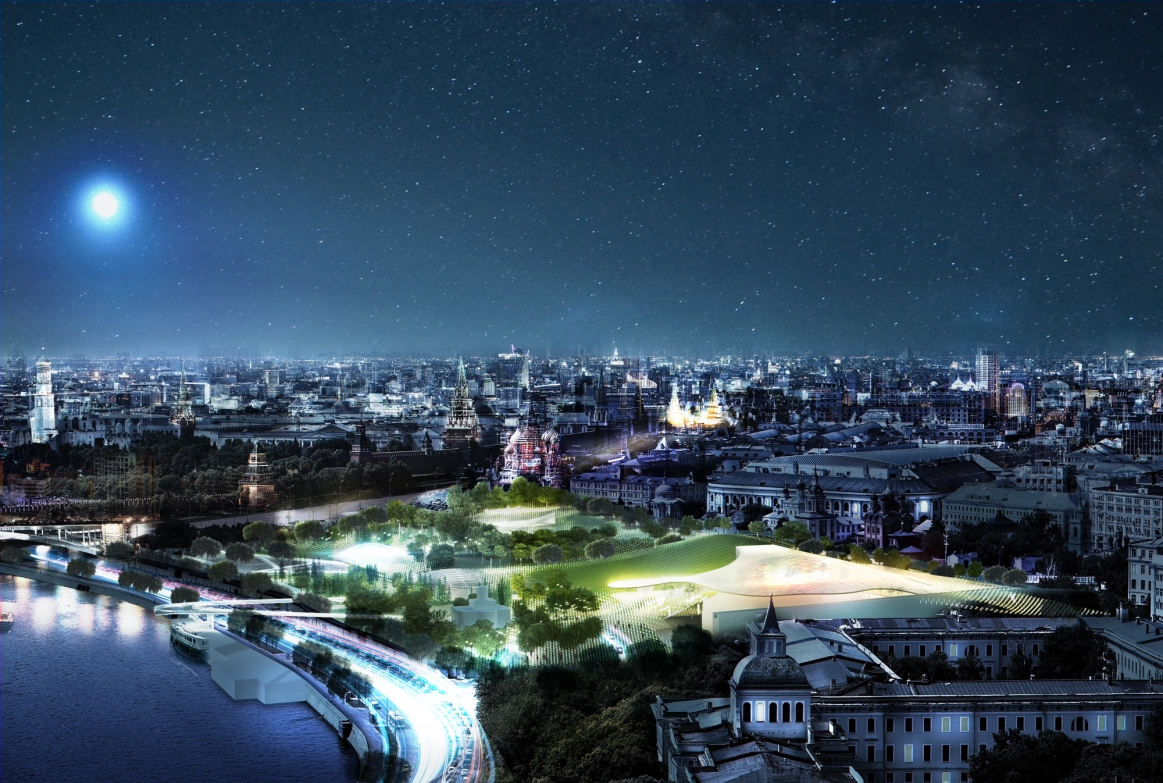 As part of the collateral event “Moskva: Urban Space”, “Augmented Atmospheres” demonstrates concepts from the winning entry for Zaryadye Park, Moscow in the courtyard of Santa Maria della Pietà along the Riva degli Schiavoni. Various augmented micro-climatic experiences reproduce on a small scale the effects to be created in the final park design, reflecting local climate identities through temperature, humidity, sunlight and sound. The winning scheme for Zaryadye Park was developed by an international consortium led by Diller Scofidio + Renfro in collaboration with Hargreaves Associates and Citymakers. The design re-imagines a longstanding void at the center of Moscow with a proposal to create a surprising set of alliances between the urban and the wild, the local and the distant, and architecture and landscape. The “wild urbanism” of the park is simultaneously a rupture in the city’s hard urban surroundings and a piece of connective tissue that repairs and reprograms connections between the city’s major icons and its larger urban infrastructure. Seeking to make a public space that resonates at the global level as well as the local, the park’s diverse landscapes sample from Russia’s many landscape types - forest, tundra, steppe, and wetland - to resonate with a diverse national population while creating zones in and out of sync with the seasons throughout the year. As a byproduct, the park responds to many definitions of comfort simultaneously; condensing familiar but diverse atmospheres into novel park experience. In the context of the Biennale, “Augmented Atmospheres” reconsiders this more complex relationship with energy and thermodynamics as a fundamental condition of public space in the 21st century.

The installation was designed by Diller Scofidio + Renfro with Transsolar Kilmaengineering and was commissioned by the Moskva exhibition’s curator and Moscow’s chief architect, Sergey Kuznetsov. In keeping with the theme set by Biennale curator Rem Koolhaas, the exhibition took as it’s topic the development of modern architecture over the period from 1914-2014. A combination of text and images researched by Kyznetsov and his team delve into the historic material with large wall and ceiling murals. The exhibition culminates with the proposal for Zaryayde, looking towards the future of architecture, design, and public space in Moscow.

In order to create a more tactile and nuanced encounter with the ideas of the park, the team created a small fragment of the park experience, going beyond the typical park elements of the project (pavers, benches, plantings) to also produce an experience of augmented thermal zones and adjusted climates that are the basis for some of the more unique features of the team’s Zaryadye proposal.

The ultimate design of the installation, DS+R collaborated with team member Transsolar and manufacturer and fabricator Rieder, to develop a scheme using a hydronic radiant conditioning system similar to what is proposed to create much larger microclimates in Zaryadye Park.  Capillary tubes embedded inside concrete benches and walls installed in the courtyard allow for the temperature of their surfaces to be regulated through the continual exchange of heated and cooled liquid embedded in the concrete.  The systems themselves are carefully hidden, making room for a non-visual experience of space. The program of the courtyard was essentially to create a quiet oasis in the general cacophony of the Biennale. An audio program, also designed by DS+R, combined ambient sounds with a narrative of arrival and event, in this case, a classical concert given in the park’s open air amphitheater.

By employing such active systems in addition to passive design strategies altering solar exposure, winds, temperatures and humidity, Zaryadye park will offer many different options for the human experience of comfort. “Augmented Atmospheres” is ultimately a prototype for testing these effects on a sophisticated and global audience.