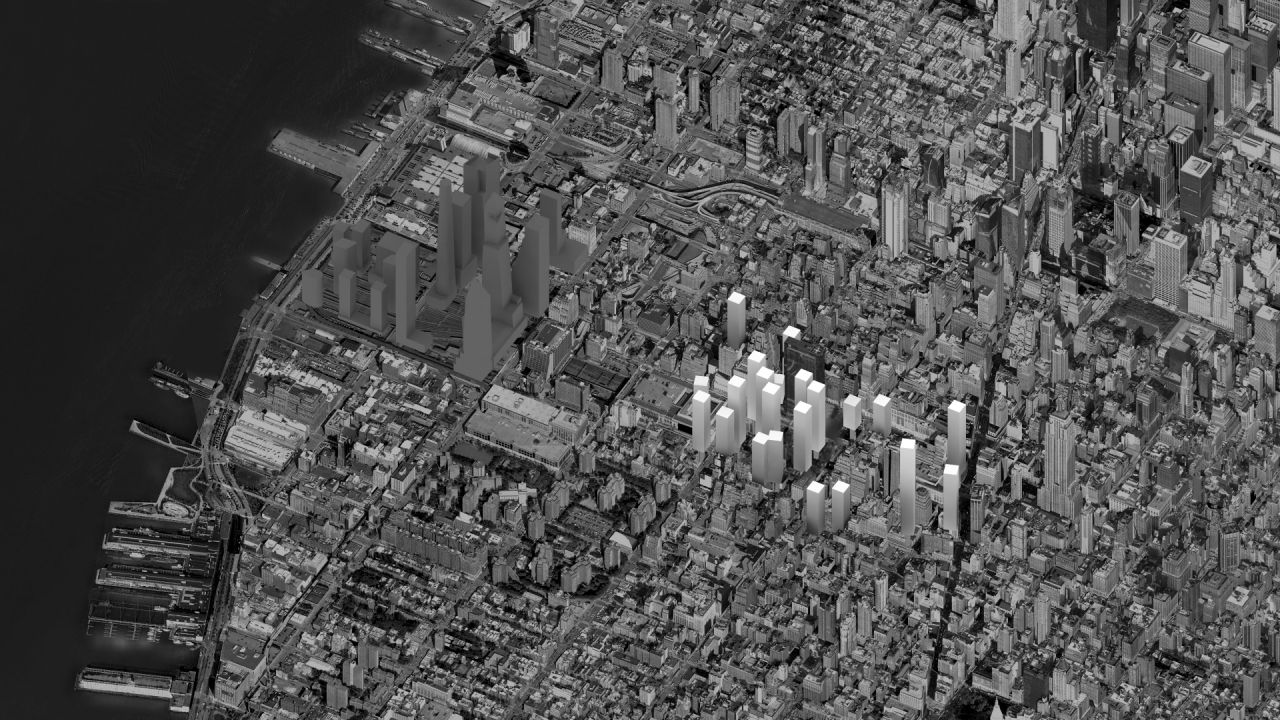 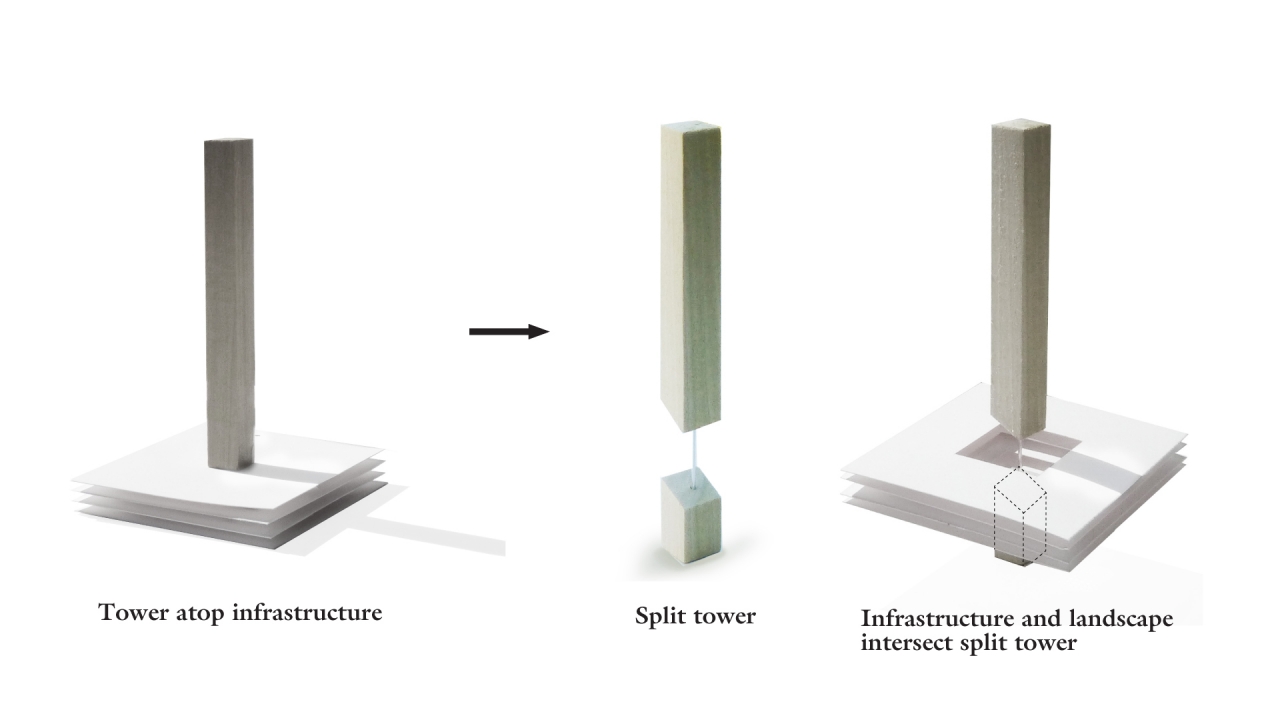 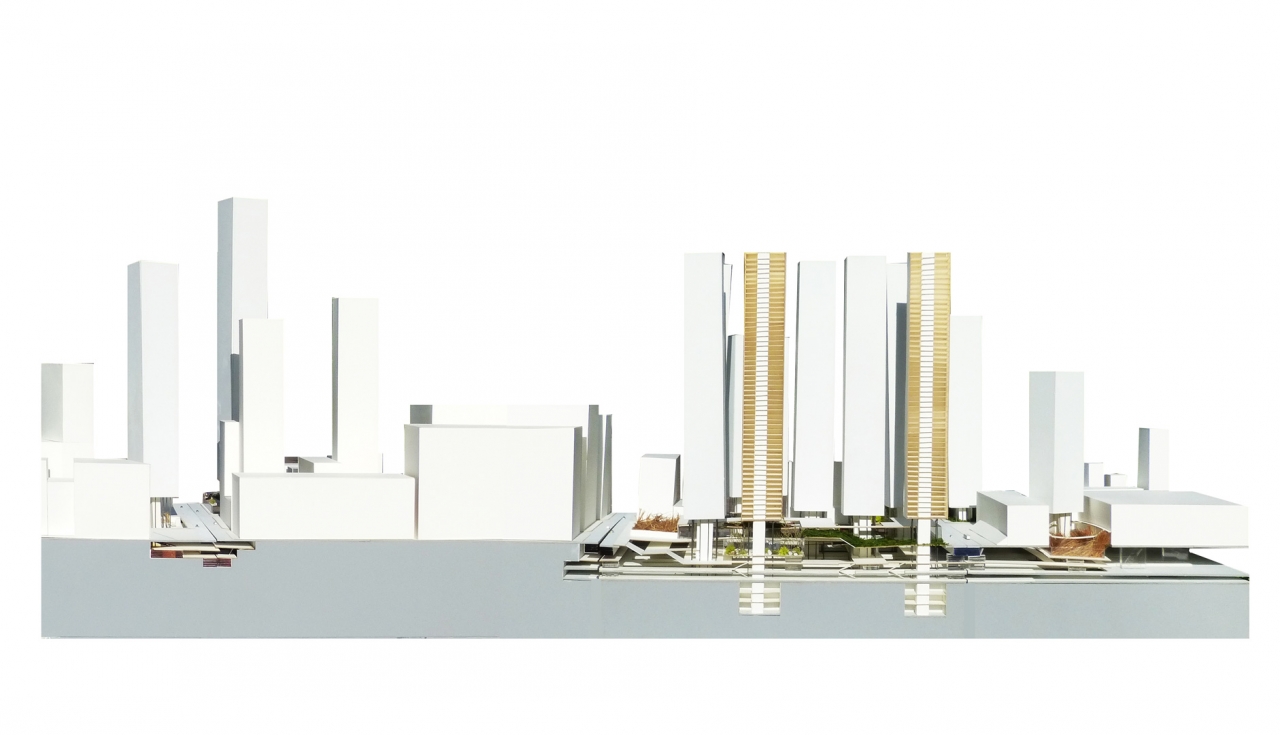 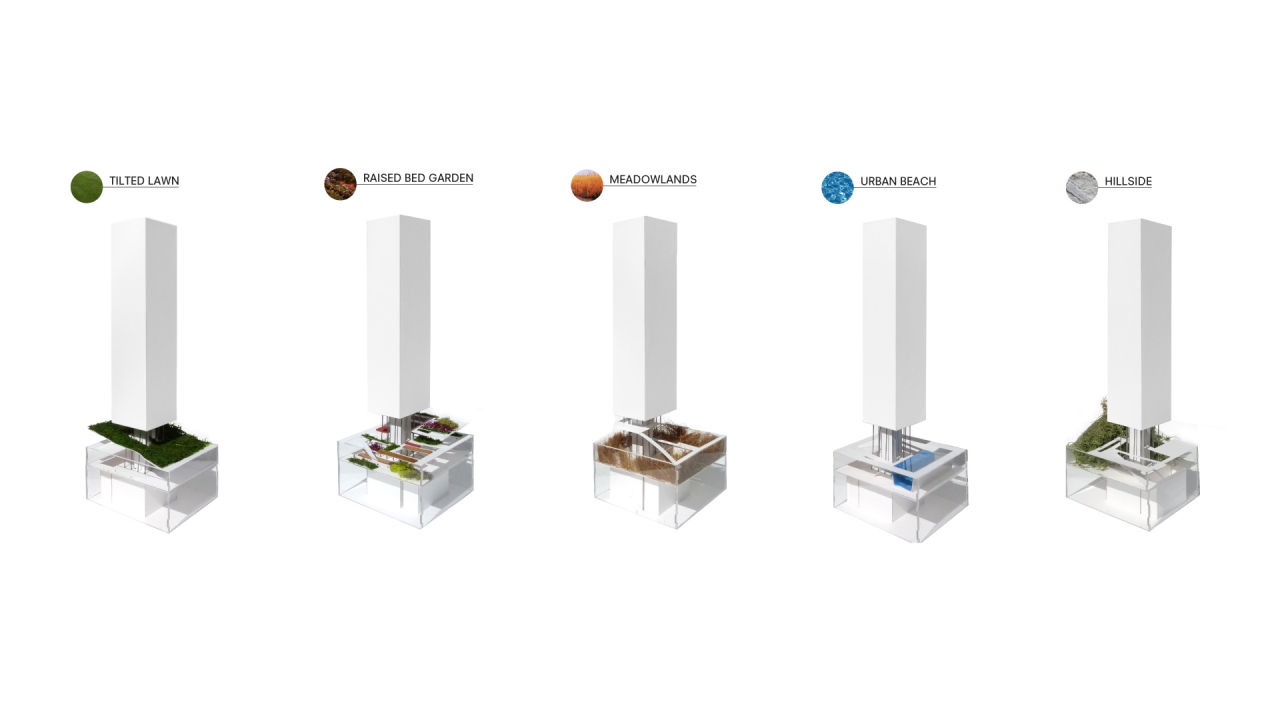 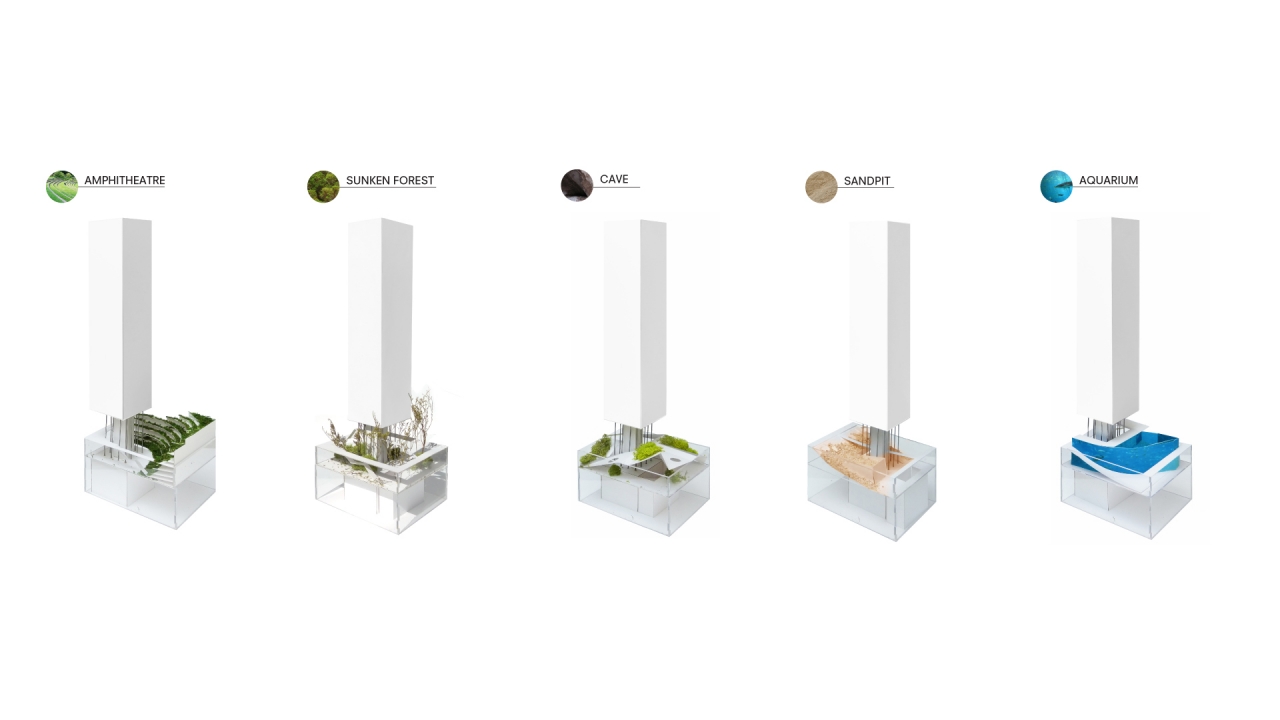 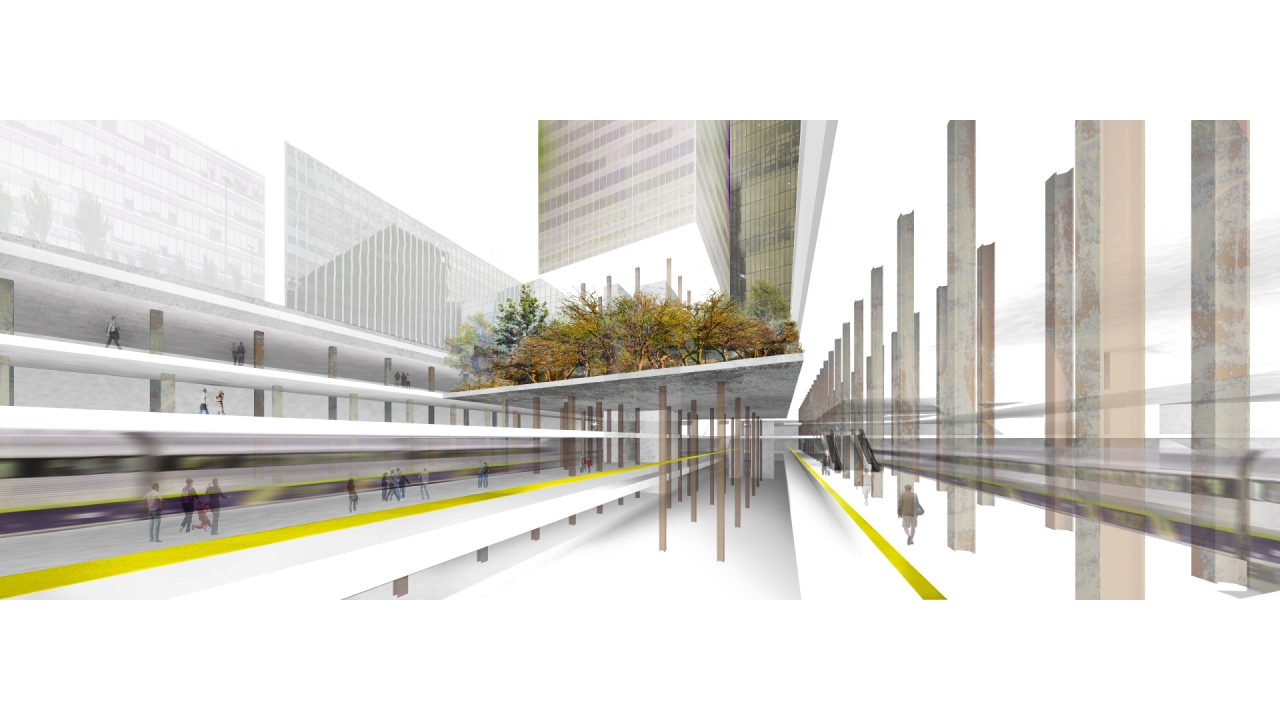 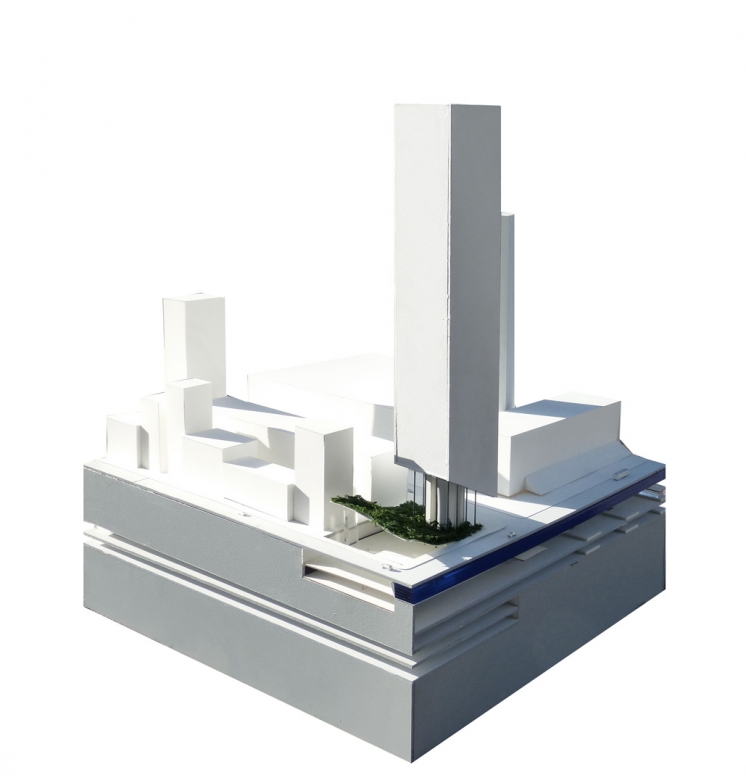 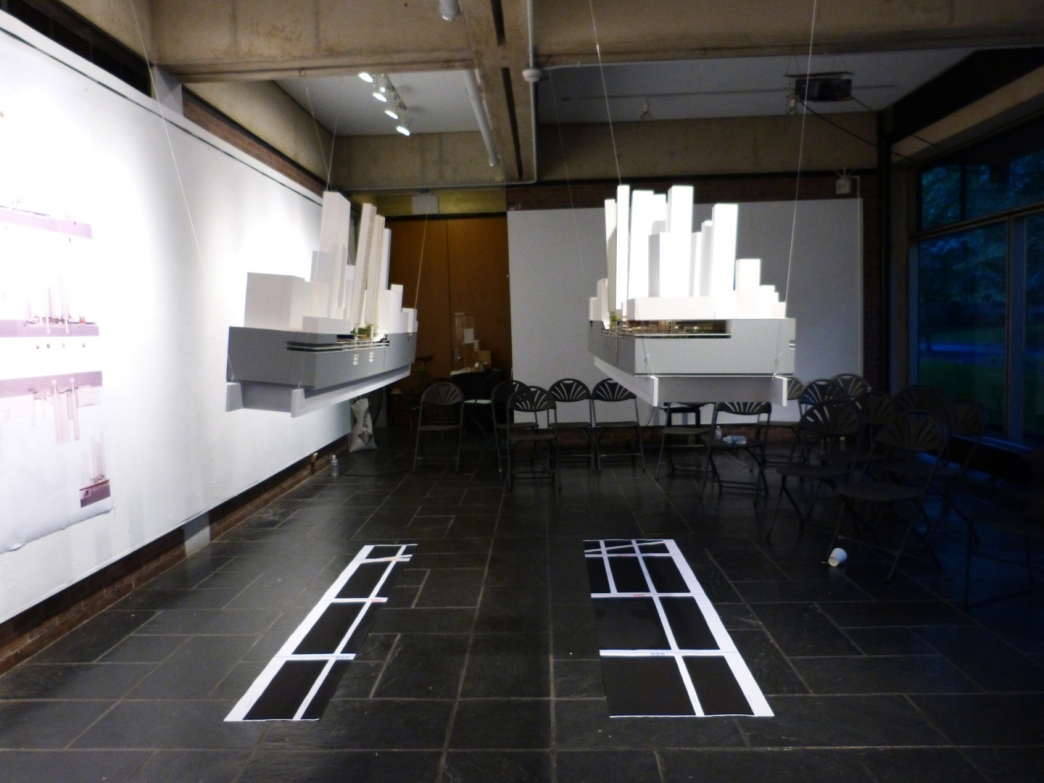 Over the last two decades, landscape practices have embraced large-scale urban and infrastructural projects, responding to environmental concerns with green propositions to address post-industrial decay and suburban sprawl. Landscape urbanism has claimed territory between and alongside hard infrastructure, emphasizing peripheral and post-industrial sites and horizontal continuities. But in doing so, Landscape Urbanism has often not been urban enough. This thesis contends that landscape might find new opportunities to transform both architecture and urbanism when confronted with the vertical density of the urban core.

This thesis proposes to reconcile the competing ambitions of high density development, public landscape, and working infrastructure through a reconfiguration of their vertical organization.
Landscape here might the zones between vertical layers of hard infrastructure (roads, rail lines, subways, etc.) directly in the midst of high density construction.

The testing ground for this thesis is New York City’s Pennsylvania Station and the surrounding neighborhood of West Midtown. Outdated, inefficient, and illegible, Penn Station is a center of current architectural imagination, especially in the wake of the New York City Council ruling in 2013 to limit Madison Square Garden’s lease to just ten years. While other proposals suggest that high density private development in the neighborhood would help to fund a new Penn Station as a low density, public monument, this thesis proposes that public and private development be superimposed throughout the neighborhood, creating public space beyond the confines of the station site, and achieving a contemporary form of monumentality that is horizontal and subterranean, but also open and vertical. Cutting vertically through the city, this thesis questions the conception of a new Penn Station as homage to a destroyed monument.  Instead, it proposes a new monumentality, both horizontal in its expanse but also vertical in its spatial experience.

The project is, on the one hand, a development model which suggests the vertical shifting of air rights in order to turn the region surrounding infrastructural layers into public territory, and on the other hand, a concrete proposal for sixteen sites already slated for upzoned development. The thesis takes an acupunctural approach, piercing through the surface level grid at multiple points to access and provide light to a continuous underground concourse. Accordingly, the network connects to the neighborhood, city, and region at multiple levels. Landscape finds new territory in the middle ground between towers both deep and tall, connecting layers of infrastructure while opening the city’s underbelly to the street life above.