Kurt Schwitters in the Age of Gestaltung

What was the Merzbau and where did it come from? How does an artist make the move from the delimited plane of painting, drawing, and the printed page to shape a habitable space? Throughout the 1920s, Kurt Schwitters collaborated with numerous artists and architects who were working to transform abstraction into construction – that is, to realize the dream of a universal language of form through the principle of Gestaltung, which could be applicable across all media. In the process he came to thoroughly reorient his practice and theory around the creation, dissemination, and eventual replication of what he called “a sculpture in space in which you can enter and go for a walk.” This talk will consider how the Merzbau came to model new possibilities for architecture and its photographic inscription while simultaneously and perversely resisting both. 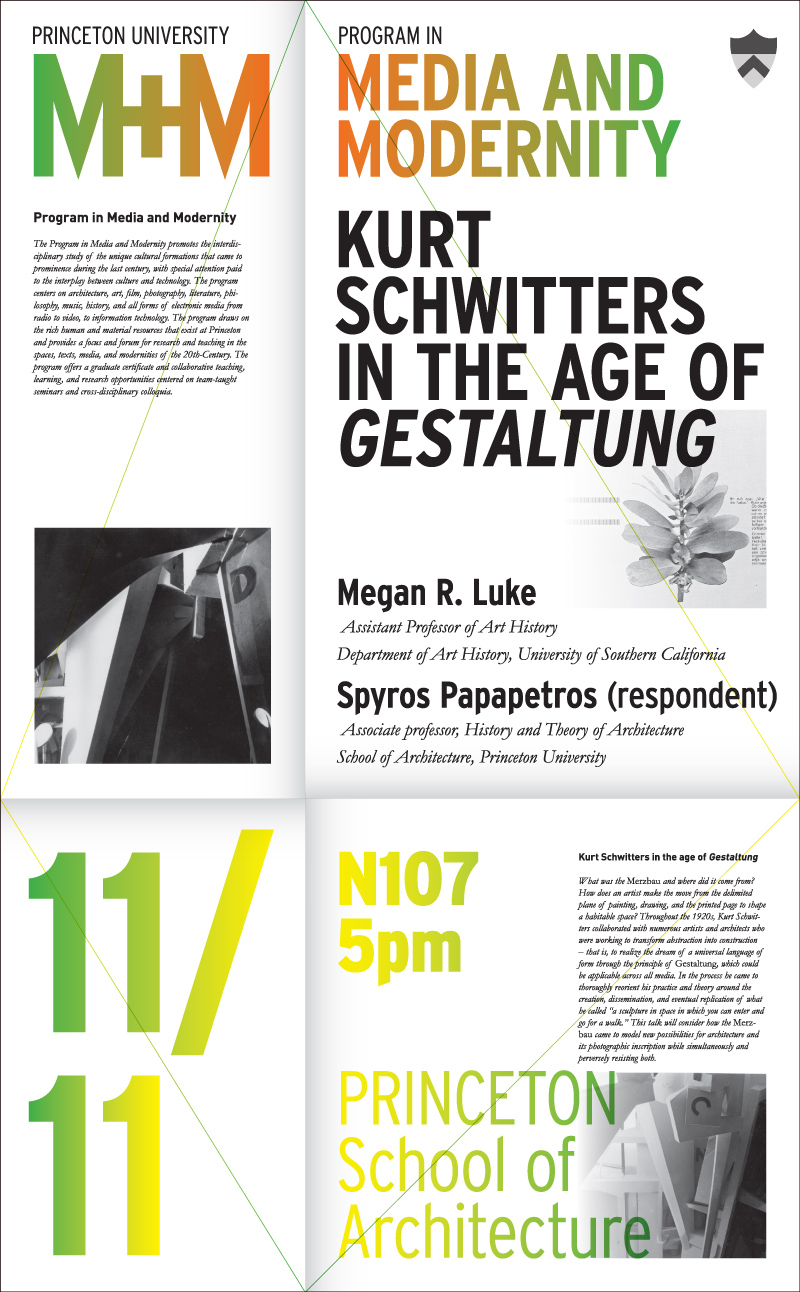 ​
Megan R. Luke is is Assistant Professor in the Department of Art History and a faculty affiliate of the Visual Studies Research Institute at the University of Southern California. She is a specialist in modern art, architecture, and art writing of the nineteenth and twentieth centuries. Her research focuses on the advent of abstraction and collage, theories of spatial construction and perception, the history of photography and art reproduction, and the intersection of art and mass culture, particularly early cinema. She is the author of Kurt Schwitters: Space, Image, Exile (University of Chicago Press, 2014), which received an inaugural Meiss/Mellon Author's Book Award from the College Art Association.

Spyros Papapetros is Associate Professor of Theory and Historiography in the School of Architecture, co-Director of the Program in Media and Modernity and member of the executive committee of the Program in European Cultural Studies at Princeton University. He is the author of On the Animation of the Inorganic: Art, Architecture, and the Extension of Life (The University of Chicago Press, 2012) and the co-editor (with Julian Rose) of Retracing the Expanded Field: Encounters between Art and Architecture (The MIT Press, 2014).