The Princeton-Mellon Initiative in Architecture, Urbanism, and the Humanities has partnered with the Princeton University Art Museum and the Program in Urban Studies to offer a film series that will address themes featured in the exhibition The City Lost and Found: Capturing New York, Chicago, and Los Angeles, 1960–1980. Each screening will be followed by a faculty-led discussion. Cool World was the first commercial film venture to be shot on location in Harlem and one of director Shirley Clarke's few mainstream projects. Hampton Clayton plays Duke, a powerful street gang member who claims that he is motivated by the Black Muslim movement. His subsequent criminal activities are thus not merely for gain, but as a means to declare black supremacy over the white establishment. (The New York Times)

Now, not a lot officially happens in Neighboring Sounds, which doesn't so much give you a plot as offer a cross-section of the lives — and the sounds — in this neighborhood in Recife, Brazil. But rest assured, the movie isn't some sociological treatise hammering away at some obvious political point…It sucks you in by interweaving characters whose behavior – be it drugging a barking dog, arguing about firing a night watchman or simply mopping the floor – gradually reveals a larger pattern of meaning. Charged with an air of impending danger, the movie just keeps building. (NPR)

Part omnibus film, part media archeology, part deep-map and city symphony, the project uses Los Sures, a brilliant work of cinema verite directed by Diego Echeverria in 1984, as a starting point for the investigations of more than thirty artists over the course of four years. Its a story of a longstanding Latino community in Williamsburg, Brooklyn that is defeating displacement and surviving the growth machine. It restores a lost film, remixes local histories, reinvestigates Williamsburg's Southside today, and hopes to reunites a neighborhood around a sustainable future. (Uniondocs.org)

It’s 1968, and the whole world is watching. With the U.S. in social upheaval, famed cinematographer Haskell Wexler decided to make a film about what the hell was going on. Medium Cool, his debut feature, plunges us into the moment. With its mix of fictional storytelling and documentary technique, this depiction of the working world and romantic life of a television cameraman (Robert Forster) is a visceral cinematic snapshot of the era, climaxing with an extended sequence shot right in the middle of the riots surrounding the Democratic National Convention in Chicago. An inventive commentary on the pleasures and dangers of wielding a camera, Medium Cool is as prescient a political film as Hollywood has ever produced. (Criterion Collection)

Medium Cool will screen with The Battle of Michigan Avenue (1969) a film chronicling the events of August 28, 1968 in Chicago. 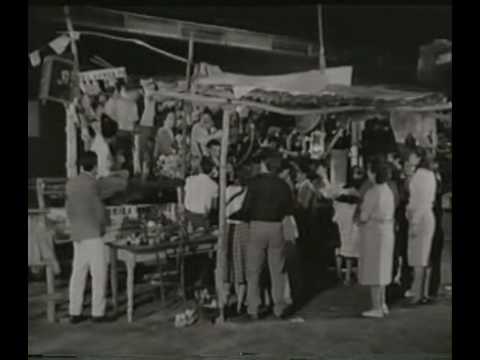 Los Inundados "Flooded Out" (1961) in Spanish with English subtitles

Argentine director Fernando Birri’s first feature film uses the neo-realist trademarks of non-professional actors, on-location shooting, and a focus on the “common man” to tell the story of poor Santa Fe residents who are flooded from their homes. The film is not a tightly-constructed story, but rather a series of incidents as families cope with life after the flood, dealing with a government that pays them lip service, and opposition politicians who see an opportunity to score votes for themselves. A tale that’s filled more with gentle irony than outrage, Los Inundados continued Birri’s place in the vanguard of a new Latin American cinema. (University of Buffalo)

In this 1972 BBC Films production, architectural historian Reyner Banham takes the viewer on a tour of what he describes as the “four ecologies” of the city of Los Angeles: Surfurbia, Foothills, The Plains of Id, and Autopia (beach, basin, foothills, freeways). Noted for his seminal book of essays, Los Angeles: The Architecture of Four Ecologies, published the year before, Banham had a love affair with the City of Angels and its bold typologies. An Englishman in L.A., Banham exudes an almost giddy enthusiasm for the energy of the highway and celebrates qualities of the city often derided by critics of architecture and urbanism. (Open Source Cities)

Reyner Banham Loves Los Angeles will be shown with The Great Wall of Los Angeles (1978) a film on the making of Judith Baca and the Social and Public Art Resource Center’s iconic mural.

Discussants:
Jenny Price, Currie C. and Thomas A. Barron Visiting Professor in the Environment and Humanities of Lewis Center for the Arts and the Princeton Environmental Institute
Alison Isenberg, Professor of History, Co-Director, Program in Urban Studies, Princeton-Mellon Initiative in Architecture, Urbanism, and the Humanities