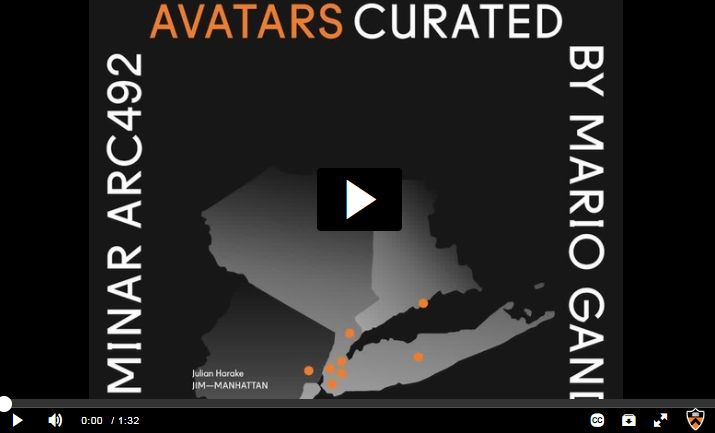 Avatars is a project developed in the undergraduate seminar Topics in the Formal Analysis of the Urban Structure in the Spring of 2014.  The project is the result of a collaboration with the Regional Plan Association (RPA) as part of the development of RPA's Fourth Regional Plan for the three state area including New York, New Jersey, and Connecticut.

Avatars is based on ten regional profiles describing a statistically representative resident of the three state area.  As a group, the ten individual profiles are a reflection of the demographic, socio-economic and geographic composition of the region.  The scenario--starting in 2016 which is when the Fourth Regional Plan will be launched--describes their activities at different times during the day through the years focusing in particular on two moments in the future, in 2026 and in 2040.

A different version of this exhibition will be on view for three weeks at Butler College, with an opening Monday, February 9th at 7pm.