In April 1888, in a tempestuous finale after arriving in Turin, Friedrich Nietzsche noted that this was the first city that was more “a paradise for the feet” than for the eyes. Studies of Nietzsche have thus far ignored the fact that in his final months before his breakdown Nietzsche had transformed from a stroller in the mountainous world of Sils-Maria in the Upper Engadine to the “philosophical flaneur” of the modern metropolis, which he was convinced to have found in Turin. Nietzsche’s discovery of the city took place against the backdrop of his turn away from music as a “separate art” [Sonderkunst] of the nineteenth century and toward architecture as the “leading art” [Leitkunst] of 20th century’s modernism. Although unnoticed in the 100 years of Nietzsche studies finally we have to take notice of Nietzsche’s belated yet highly significant turn to architecture. 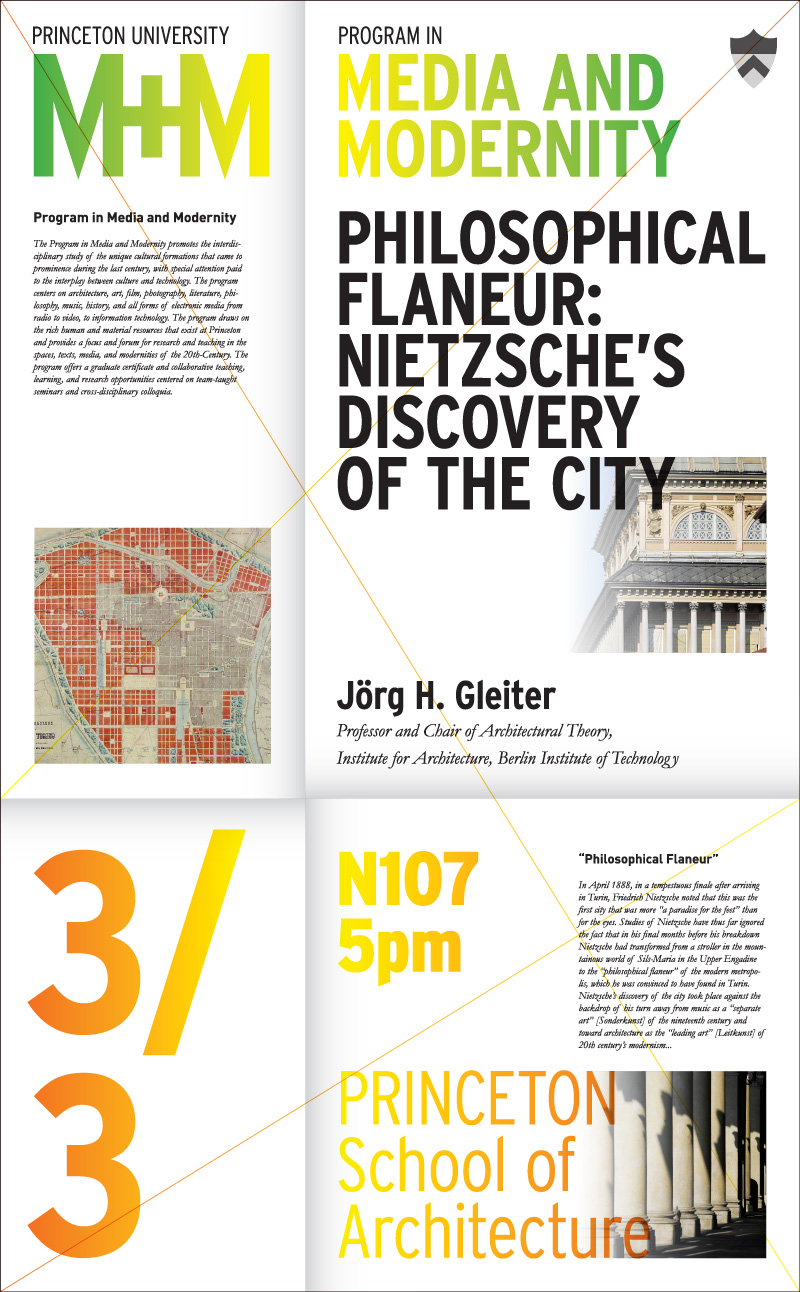