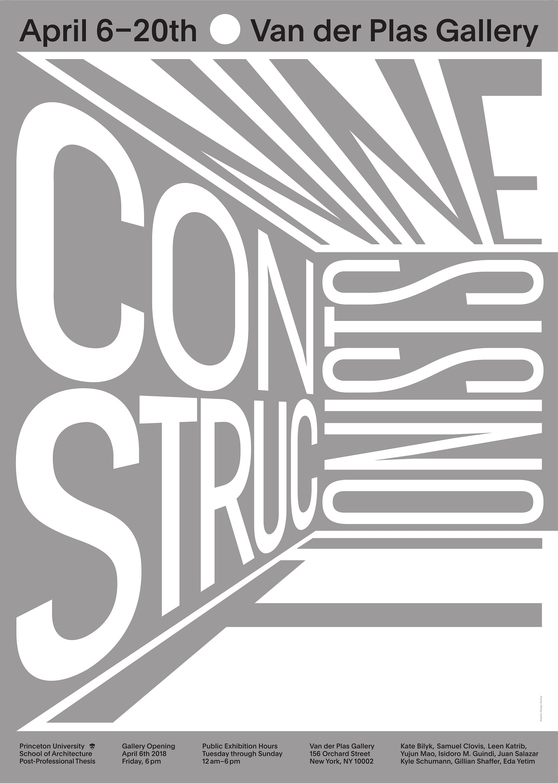 The Nine Constructionists represent a new wave that thinks about architecture in relation to its physicality, its materials and its construction. Derived from the Latin word cōnstruō—con meaning "together" and struo meaning to "pile up, arrange; build, erect"—the term "construction" implies an act of drawing together, a process that occurs alongside the making of physical objects. For the architect, construction is as much about the theory behind the spatial relationships or material decisions as it is about the act of combining materials. In the same way, the Nine Constructionists are also concerned with the dynamic temporality of materials moving through the construction process, and not solely with the physical process of construction making. This emphasis on the construction of architecture produces an effect of transience, of things in the process of being built or dismantled. Like ruins, many of these architects rely upon a temporal physicality: things don’t seem to fit together perfectly; rather, they reveal their construction.

This exhibition, curated by Samuel Clovis and Gillian Shaffer, foregrounds a shift in the post-professional thesis at Princeton University School of Architecture from a model of individual projects to group ambitions that reflect common training, influences and life experiences, as a response to the contemporary moment. Both projective and discursive, the projects on exhibit critically engage with the multifaceted condition of contemporary architecture. The exhibition comprises the works of nine emerging architects, including architectural drawings, models, mock-ups, robotics, films and projections, photographs, and print media. The exhibition spans two segments, Reconstruction and Ruination and Constructing the Domestic, which investigate the temporal and material aspects of architecture through making use of the existing or else by making anew. Nine Constructionists seeks to spark critical inquiry and debate by inviting experts and general audiences alike to witness the new interpretations of an emerging generation of architectural thinking.

Post-Professional thesis students Leen Katrib and Juan Salazar look to ruins and the process of rebuilding, the new spaces formed by reconstruction and construction in different time periods. Yujun Mao, Eda Yetim and Isidoro Michan Guindi view construction as an iterative process of autonomous form-finding, whether informed by parametricism or palimpsests of the hand. Finally Kyle Schumann, Kate Bilyk, Gillian Shaffer and Samuel Clovis explore the construction of domesticity in the contemporary moment. 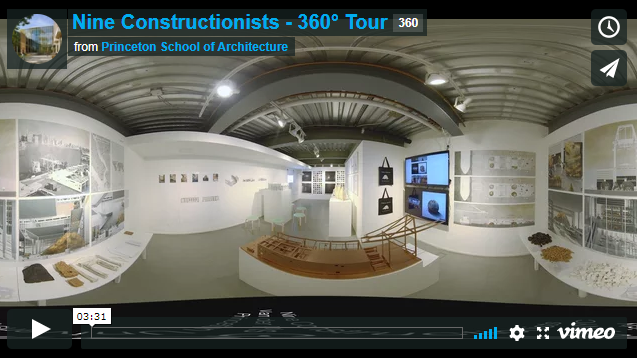