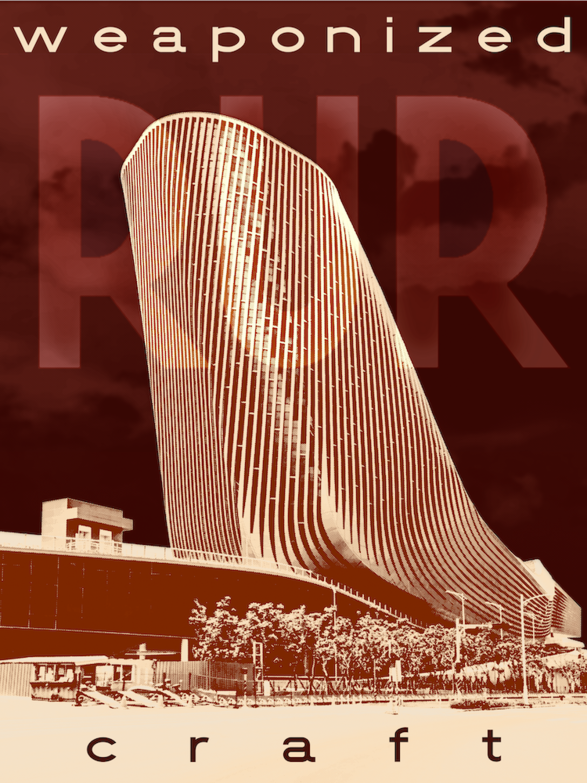 This show surveys the 35-year career of New York based architects Jesse Reiser and Nanako Umemoto, presenting original works, both old and new, across a wide variety of mediums. The evolution of their career parallels many important changes within the discipline, including the digital turn, the rise of computation and the explosion of online media. Reiser+Umemoto emerged out of a tradition of apprenticeship, with many of their initial projects reflecting the formative influences of mentors in the US, Japan and Italy. In contrast to the hermetic work of their early years, Reiser+Umemoto has deftly navigated the apparent paradox of expansion into public projects at the infrastructural scale, while remaining small and maintaining its commitment to intimacy and detail. This transformation offers the discipline a provocative alternative to today’s received notions of bigness.

In the face of the homogenizing effects of standardized construction and the consequent disappearance of skilled labor, craft has unexpectedly returned to the architect. Migrating from the job site into the exploratory space of the design studio, craft takes on new unprecedented dimensions. No longer strictly limited by material realities, or the routines of normative practice, the architect is free to engage with a project across scales and mediums, craft is for Reiser+Umemoto less a set of concrete techniques than an exploratory ethos. This radical mode of thinking and working is an ongoing dance between centuries-old and cutting-edge technologies, from wax modelling to 3D printing. For Reiser+Umemoto this deliberate engagement with the widest possible range of techniques and mediums, is in pursuit of a “Coachmaker’s ethic” of carefully wrought projects which produce internal coherence, without abdicating to the common conventions of over-standardization and the generic.

Like the effectiveness of the itinerant smith and Lockheed’s Skunk Works, which existed within larger machines: economic, political or otherwise, Resier+Umemoto continue to leverage the vitality of independent thought beyond the constraints of normative practice.

Reiser+Umemoto, RUR Architecture is an internationally recognized architecture office and design atelier founded in 1986 by Jesse Reiser and Nanako Umemoto. The firm works across continents and scales with projects ranging from large scale cultural and infrastructural projects to detailed object, furniture, and exhibition designs. Reiser+Umemoto, RUR is widely published, most recently in their sweeping monograph Projects and Their Consequences which traces thirty years of multidisciplinary investigations into form, structure, techniques and planning. Awards and honors include the Chrysler Award for Excellence in Design, the Academy Award in Architecture by the American Academy of Arts and Letters, the Presidential Citation and John Hejduk Award from the Cooper Union, and the USA Booth Fellowship from United States Artists for Architecture & Design.

Jesse Reiser is a Professor of Architecture at Princeton University and co-founder of Reiser+Umemoto, RUR Architecture.

Nanako Umemoto is a Professor of Practice at Washington University, a visiting Professor at Pratt Institute and co-founder of Reiser+Umemoto, RUR Architecture.