Domestic, Houses & Landscapes. Selections from the work of Catherine Opie 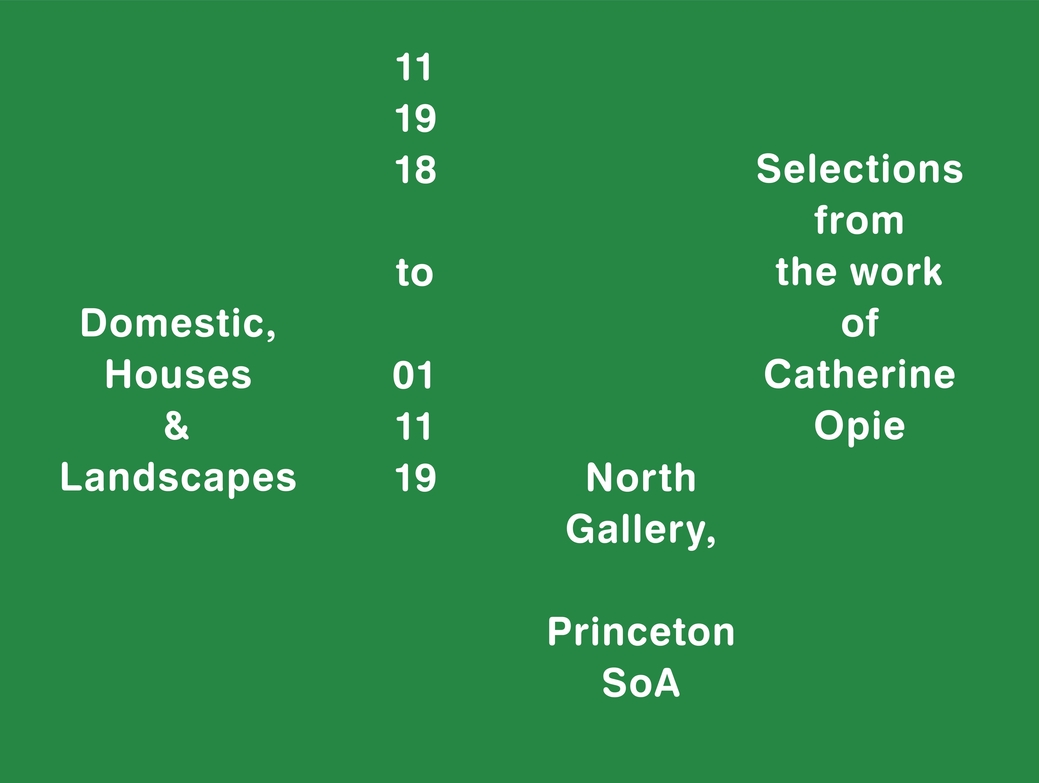 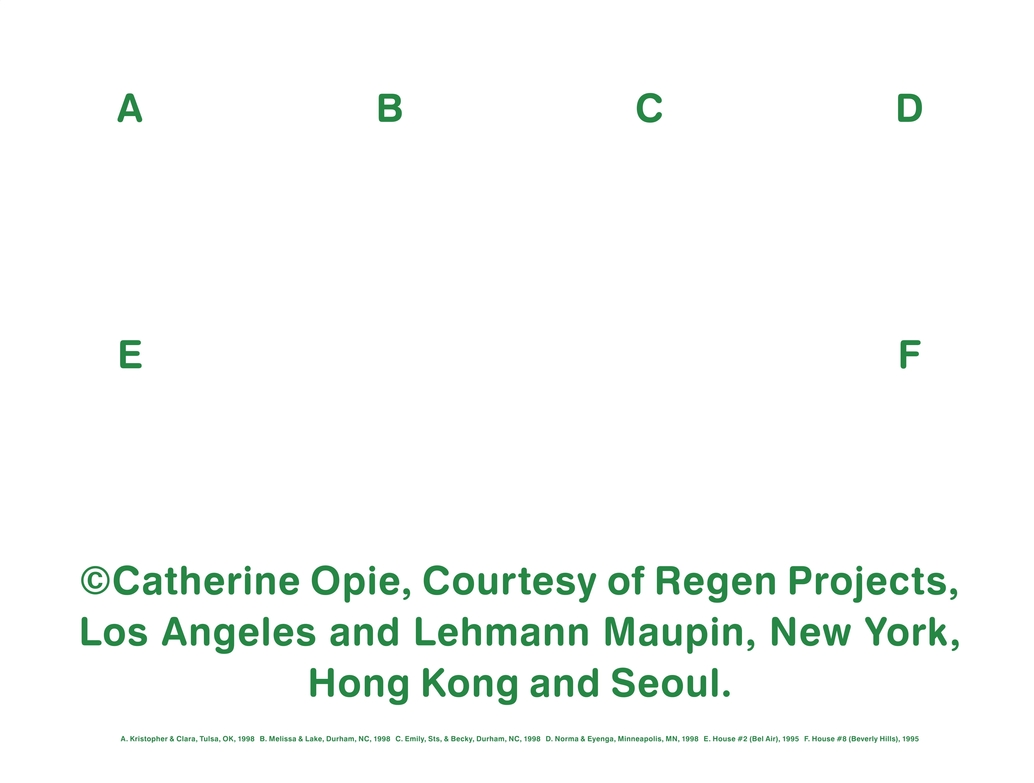 This exhibition at Princeton School of Architecture brings together two of Catherine Opie’s series of photographs, Domestic and Houses and Landscapes, in order to tease out the ways in which personal identity is constructed through the spaces we inhabit as well as the façades we present to the public. For her Domestic series, Opie traveled across the United States in an RV on a two-month road trip, photographing lesbian couples and families in their home environments. Focused on the idea of community and how communities are formed and identified, Opie has explained that it is the "individual ...within the construct of a community" that she is examining. Conversely, Opie explores how identity is carefully choreographed through her 8”x 10” handmade camera in Houses and Landscapes. This series documents the “regency style” façades of million-dollar estates in Beverly Hills and Bel Air with their enormous doors, security placards, daunting gates, and odd architectural follies that originated in Southern California, which later became rampant throughout America. From different points of view, Domestic, Houses and Landscapes considers how the personal and its appearance are intertwined and indistinguishable.

Catherine Opie is a Los Angeles-based artist. She has received numerous awards and fellowships, including the Citibank Private Bank Emerging Artist Award, Washington University Freund Fellowship, CalArts Herb Alpert Award in the Arts, Larry Aldrich Award, San Francisco Art Institute President's Award for Excellence, and United States Artist Fellowship. She has been a professor of photography at UCLA since 2001 and her work has been exhibited extensively throughout the United States, Europe, and Japan, including a mid-career survey at the Solomon R. Guggenheim Museum in New York in 2008. Her most recent series and film The Modernist is currently on exhibit at the Lehmann Maupin Gallery in New York until January 17, 2019.

Photos from exhibition can be found on Princeton SoA Flickr