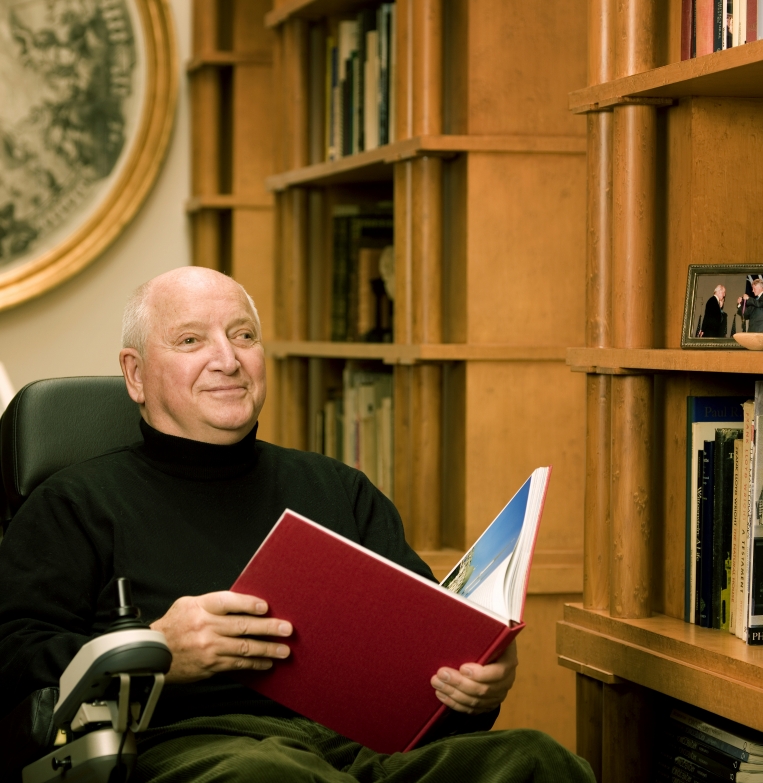 A memorial service will be held at 1 p.m. Sunday, April 12, in Richardson Auditorium, Alexander Hall. A reception will follow in Chancellor Green.

Michael Graves, FAIA, has been in the forefront of architecture and design since he founded his practice in 1964. Since then, the practice has evolved into two firms: Michael Graves & Associates, which provides architecture, interior design and master planning services, and Michael Graves Design Group, which specializes in product design, graphic design and branding. The firms are based in Princeton, New Jersey and New York City.  Through their multiple studios, the firms are highly integrated and support a continuum among architecture, interiors and furnishings.

The architectural practice has designed over 400 buildings worldwide encompassing many building types: large-scale master plans, corporate headquarters and other office buildings, hotels and resorts, restaurants and retail stores, facilities for sports and recreation, healthcare facilities, civic projects such as embassies, courthouses and monuments, a wide variety of university buildings, museums, theaters and public libraries, housing and single-family residences. From early projects such as the award-winning Humana Building in Louisville, Kentucky, completed in the 1980s, to more recent work such as the Ministry of Health and Sport in The Hague, MGA has directly influenced the transformation of urban architecture from abstract modernism toward more contextual responses. Critic Paul Goldberger, writing in The New York Times, called Graves, “truly the most original voice in American architecture.”

The product design practice has designed over 2,000 products, which include a wide variety of consumer products for home, office and personal use, as well as building components such as lighting, hardware, bath and kitchen products. Strategic partnerships have included JCPenney, Target Stores, and manufacturers such as Alessi, Stryker Medical, Steuben, Lenox/Dansk, Disney, Baldinger Architectural Lighting, David Edward Furniture, Delta Faucet, and Progress Lighting among others. MGDG has also designed innovative packaging and graphic identity programs supporting MGDG and MGA projects.

Michael Graves and the firms have received over 200 awards for design excellence. He is the 2012 Richard H. Driehaus Prize Laureate.  Graves received the 1999 National Medal of Arts from President Bill Clinton. In 2001, the American Institute of Architects awarded Michael Graves its Gold Medal, the highest award bestowed upon an individual architect. Graves was the recipient of the 2010 AIA/ACSA Topaz Medallion for Excellence in Architectural Education. He was also the first architect inducted into the New Jersey Hall of Fame.  In addition, Graves received the inaugural Russel Wright Award for product design, the Tau Sigma Delta Gold Medal, in recognition of his distinguished teaching career, and the William Howard Taft lifetime achievement medal from the University of Cincinnati.  He has become internationally recognized as a healthcare design advocate, and in 2010, the Center for Health Design named Michael Graves one of the Top 25 Most Influential People in Healthcare Design.  Graves regularly gives lectures to major healthcare advocacy groups, including AARP, the Healthcare Design Conference and TED MED.  In March 2013, President Obama appointed Graves to the US Access Board.

A native of Indianapolis, Graves received his architectural training at the University of Cincinnati and Harvard University. In 1960, he won the Rome Prize and studied at the American Academy in Rome for two years, of which he is now a Trustee. In 1962, Graves began a 39 year teaching career at Princeton University, where he is now the Robert Schirmer Professor of Architecture, Emeritus. He has received 14 honorary doctorates and is a member of the the National Academy, the American Academy of Arts and Letters and he is a Fellow of the American Institute of Architects.