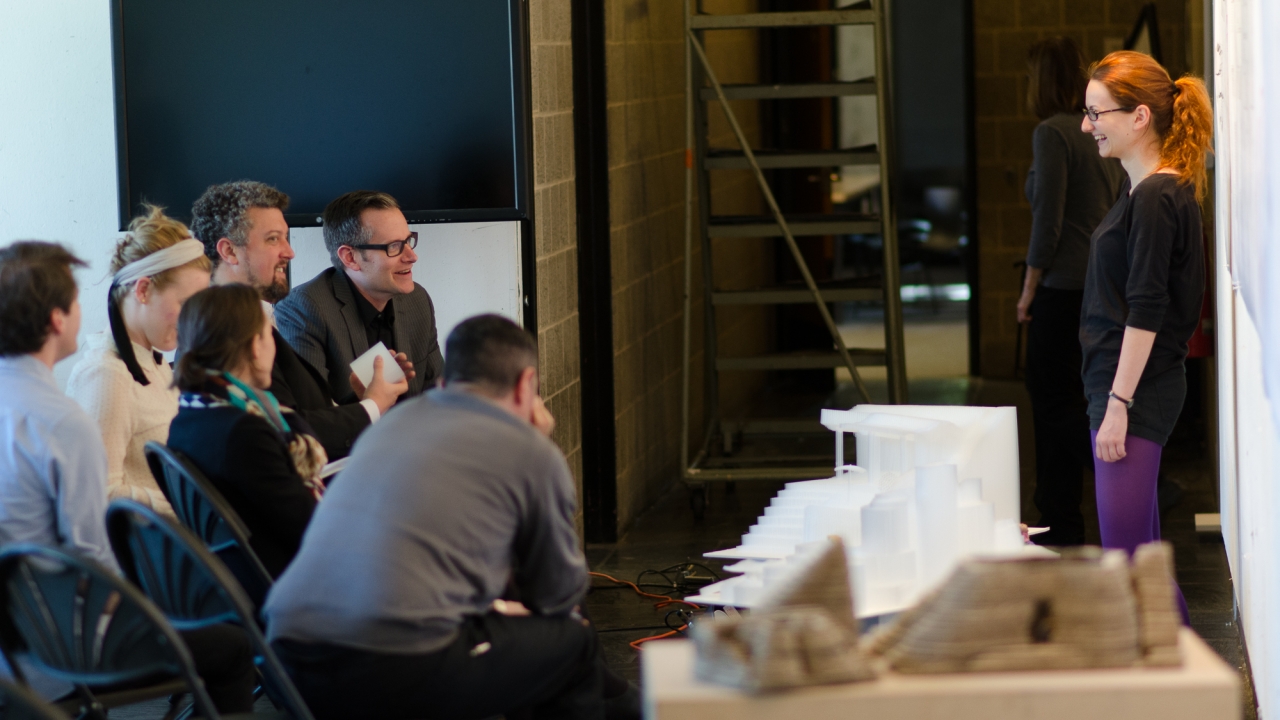 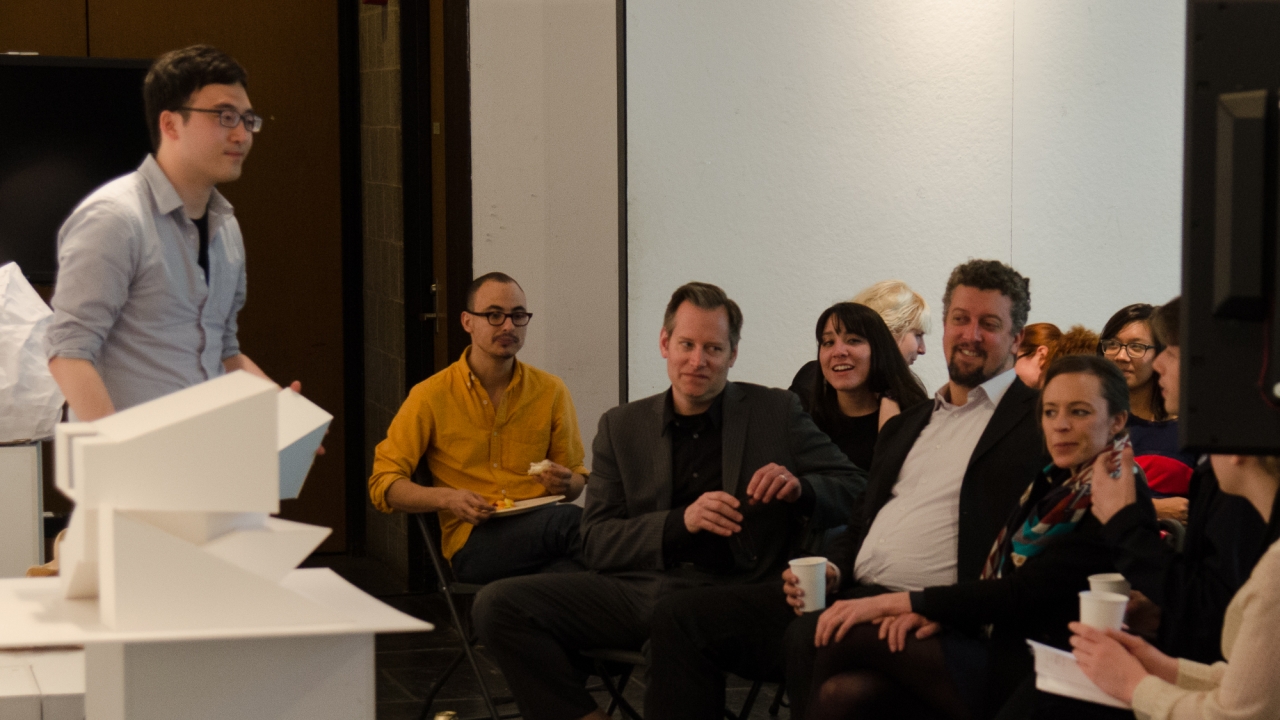 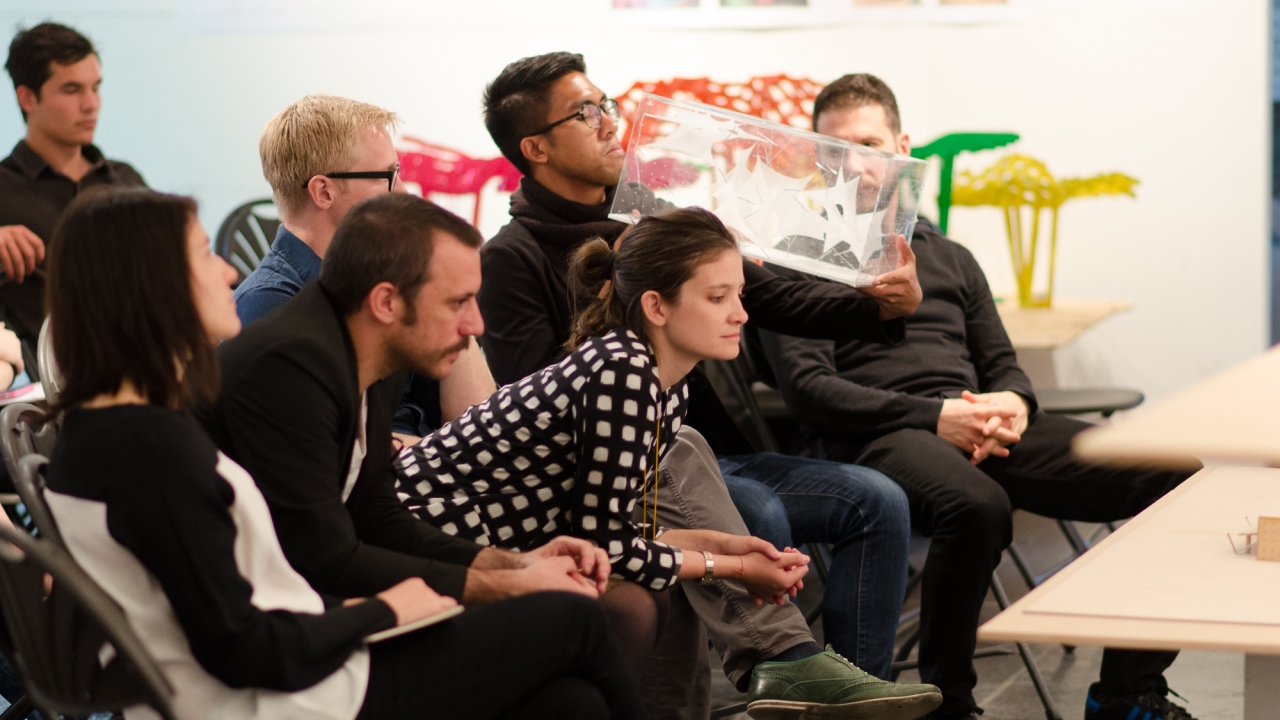 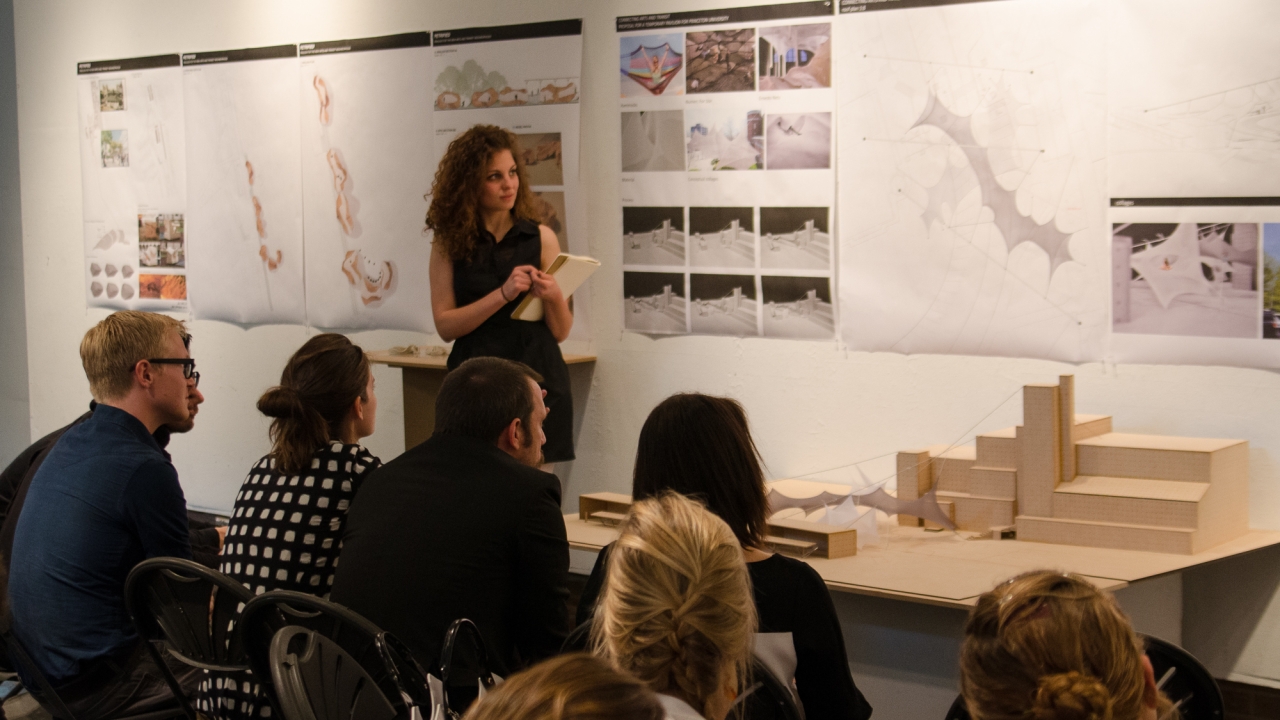 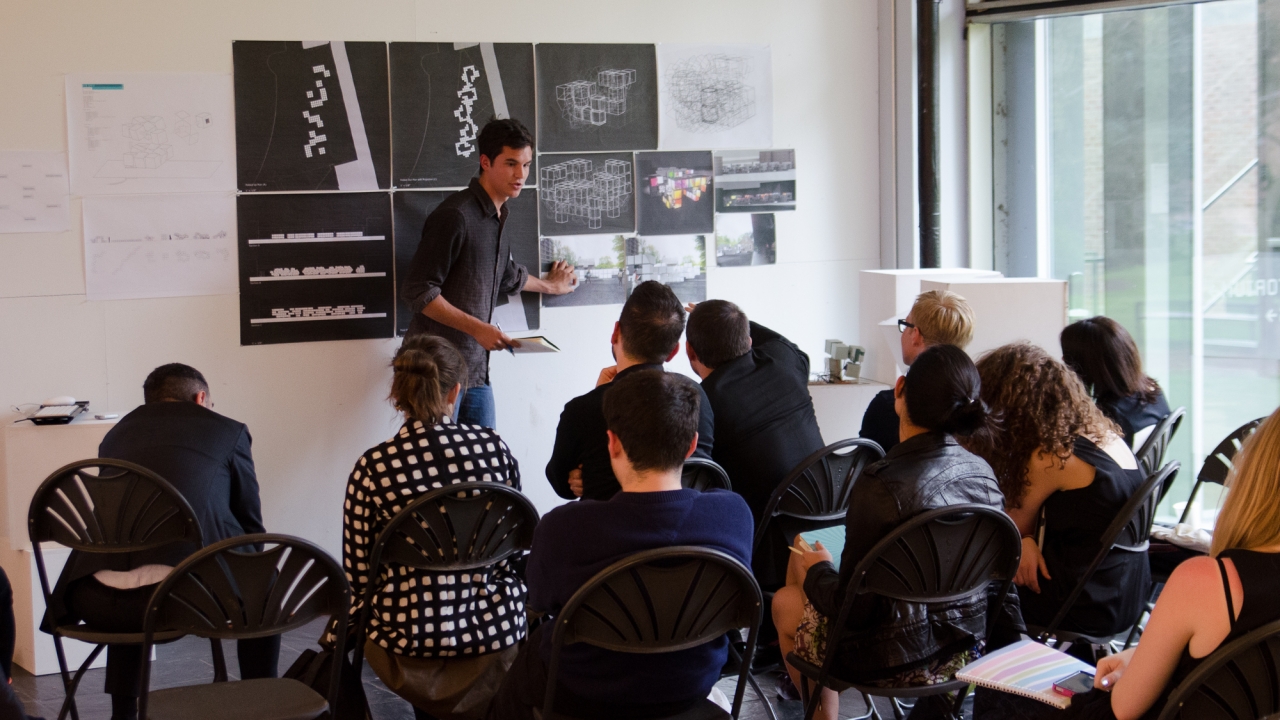 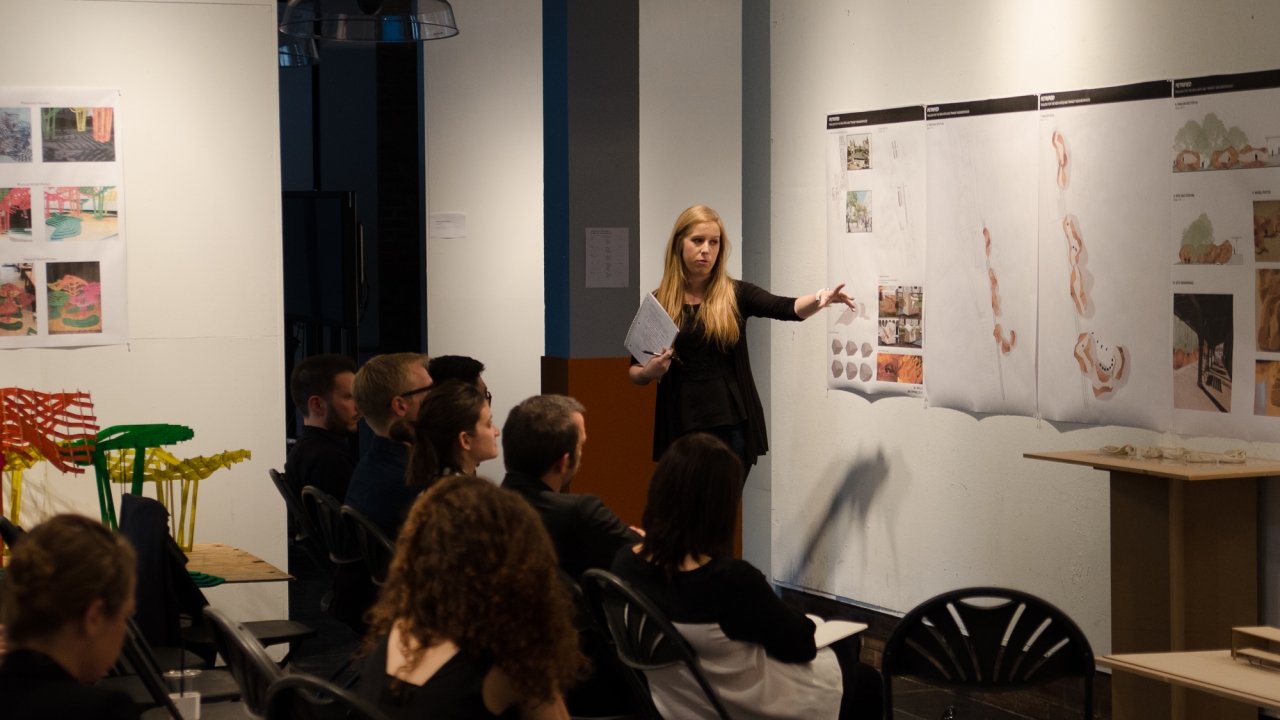 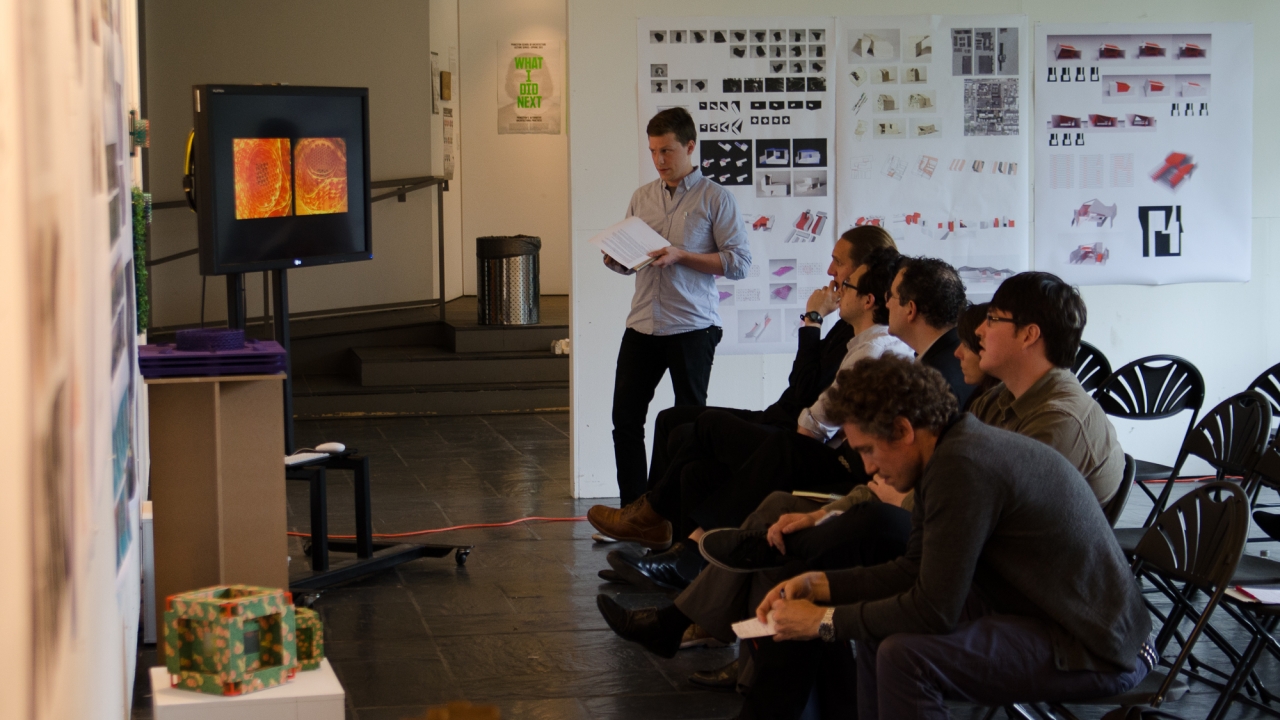 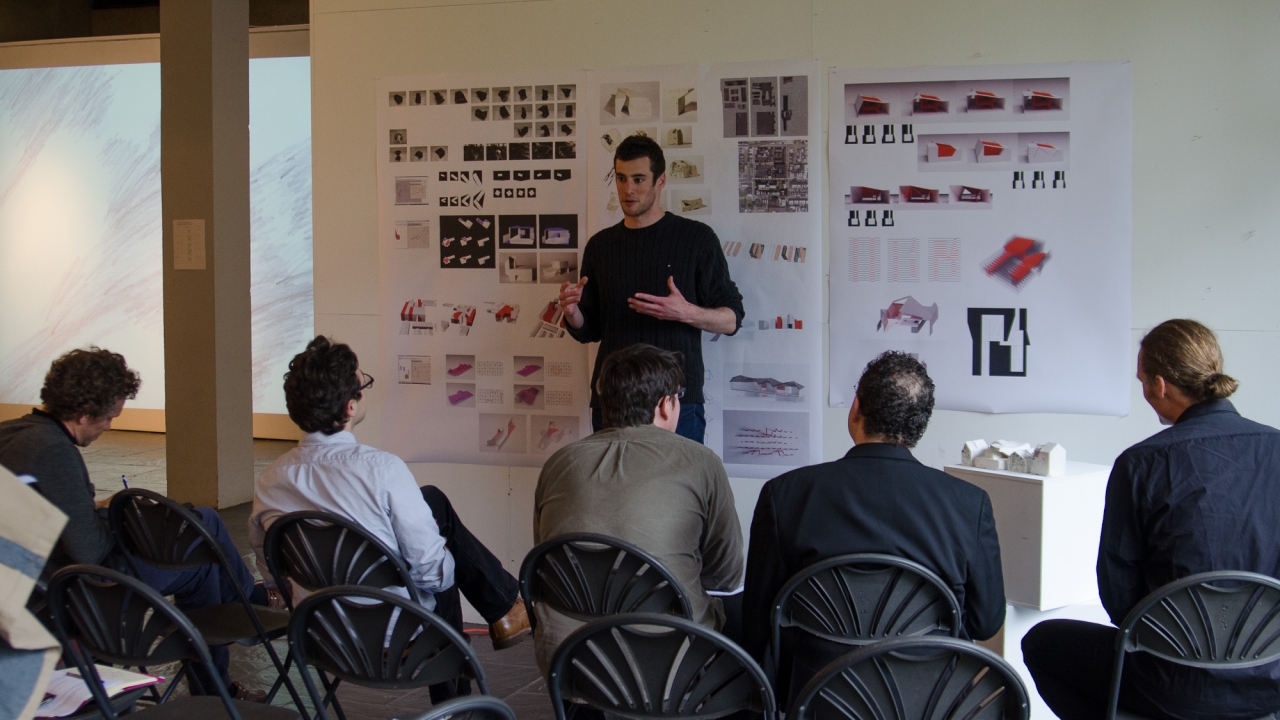 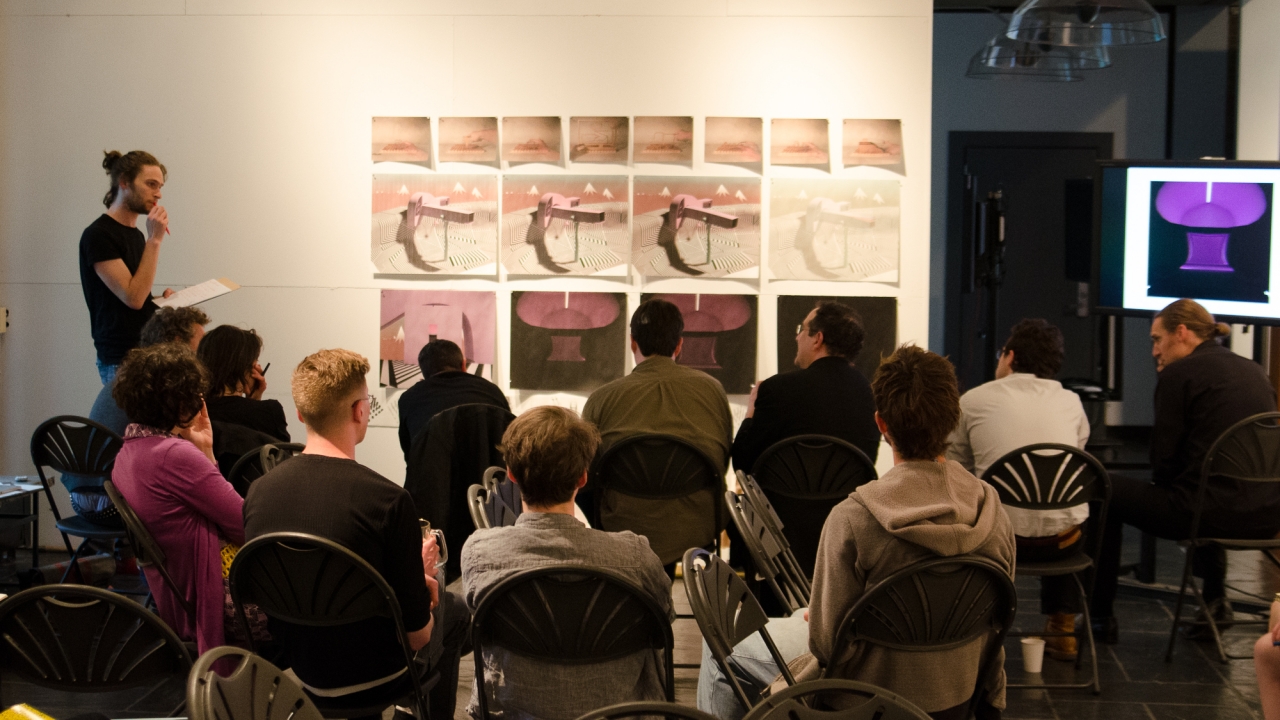 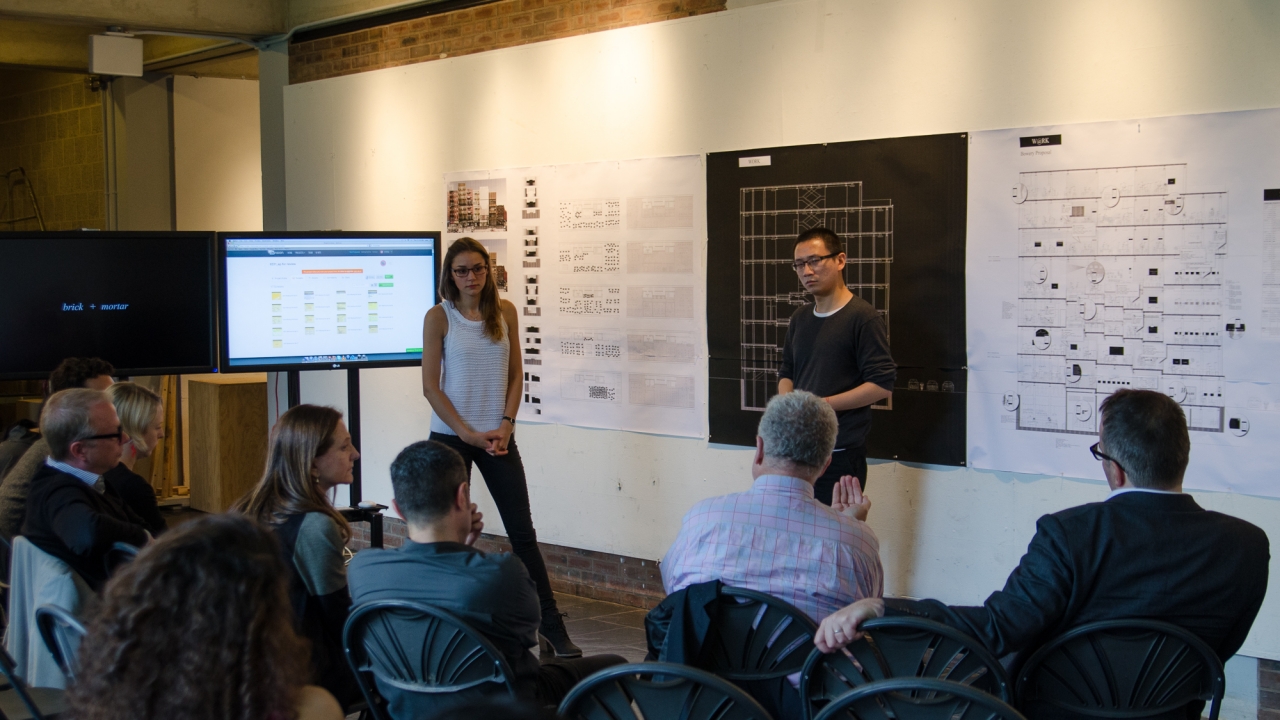 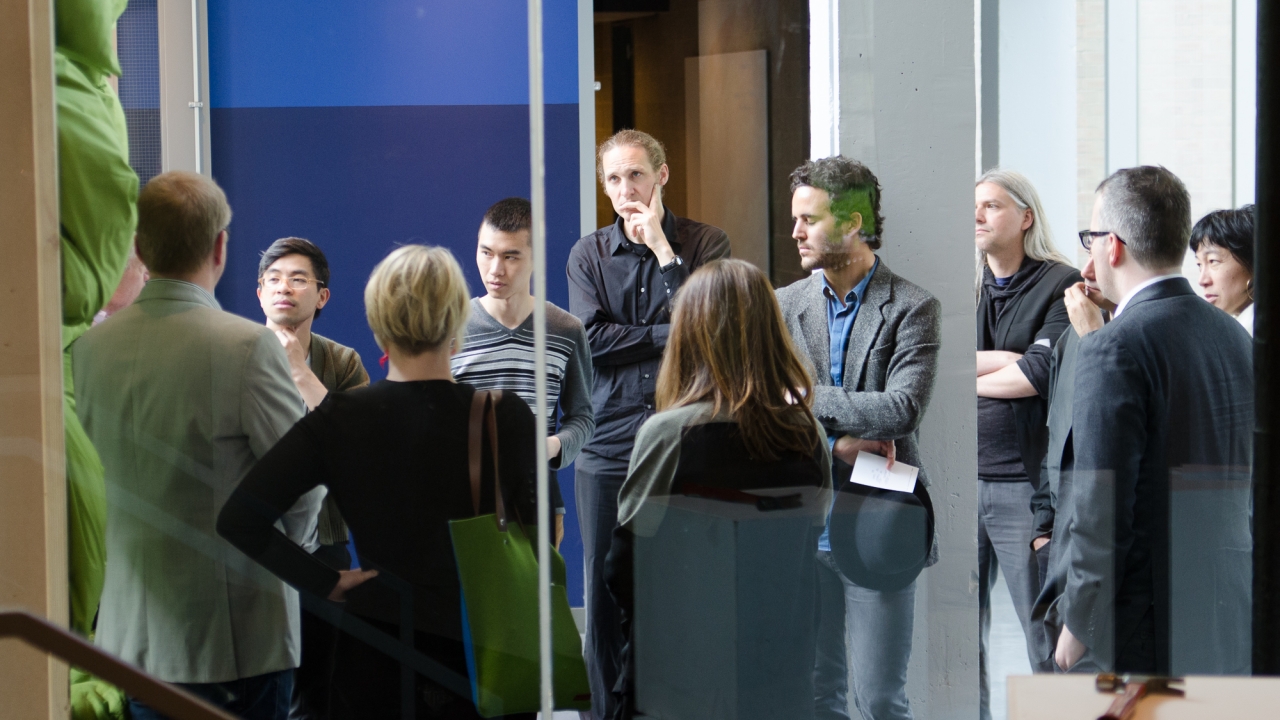 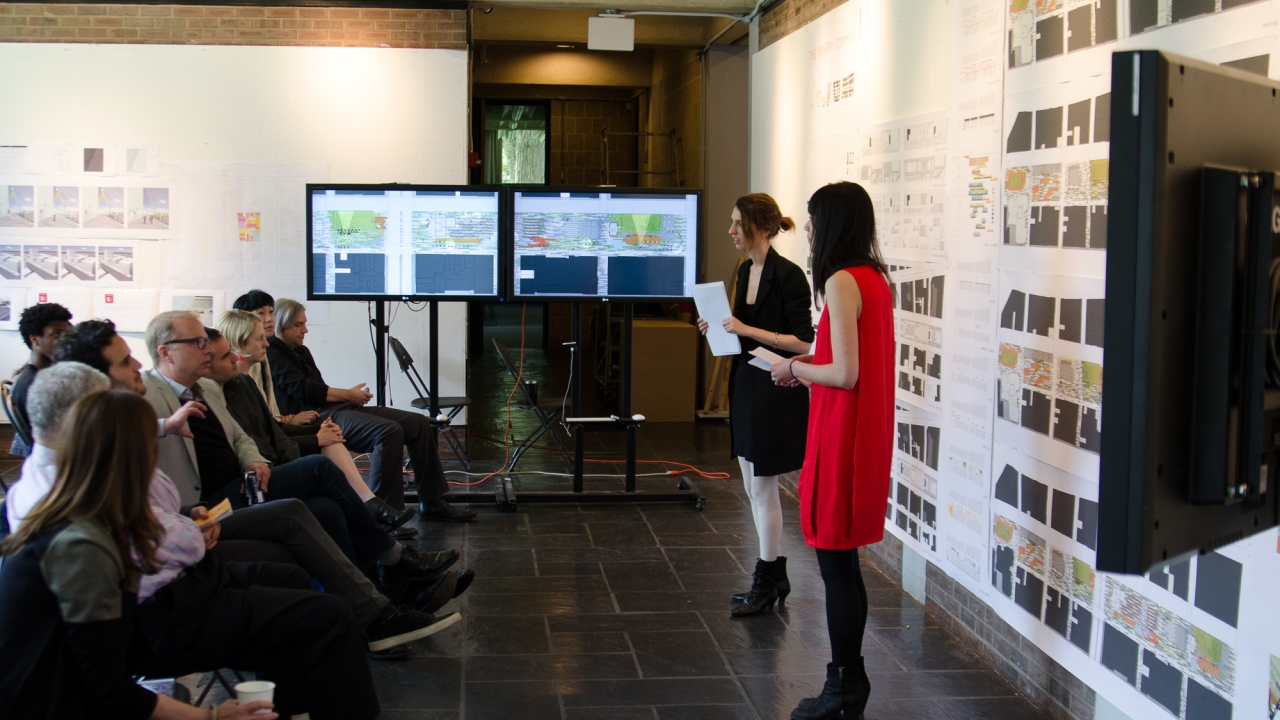 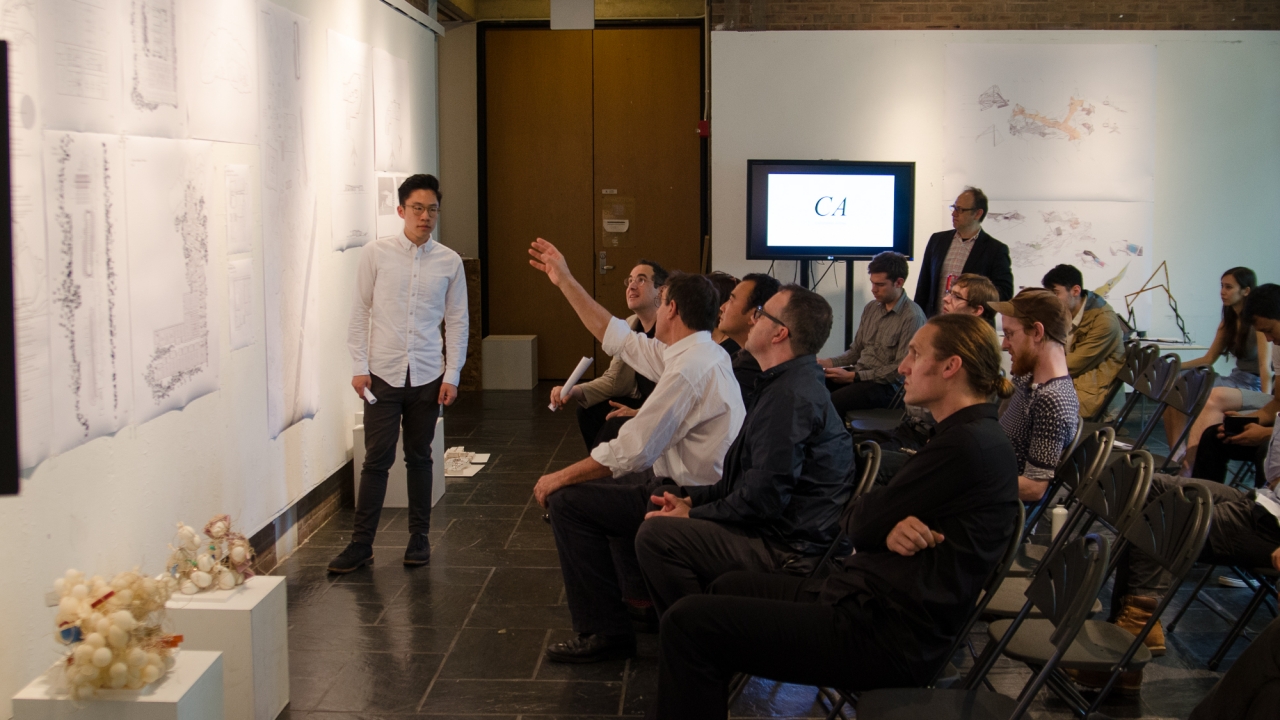 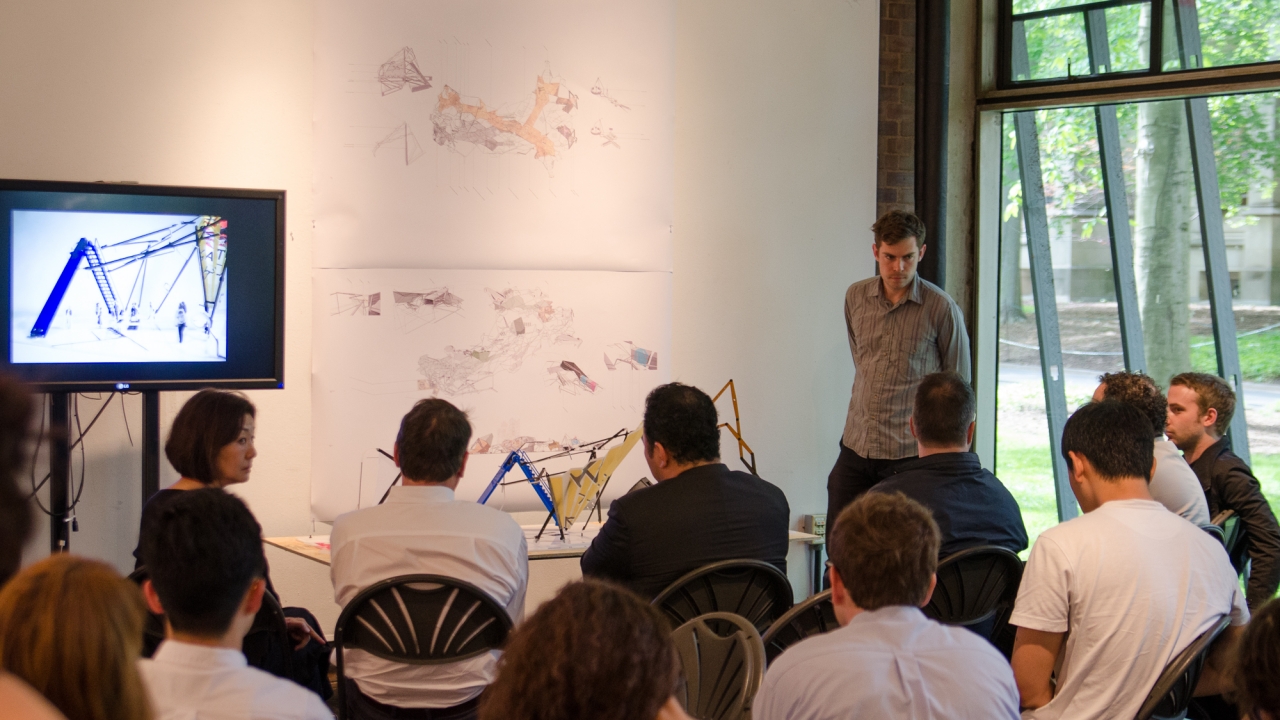 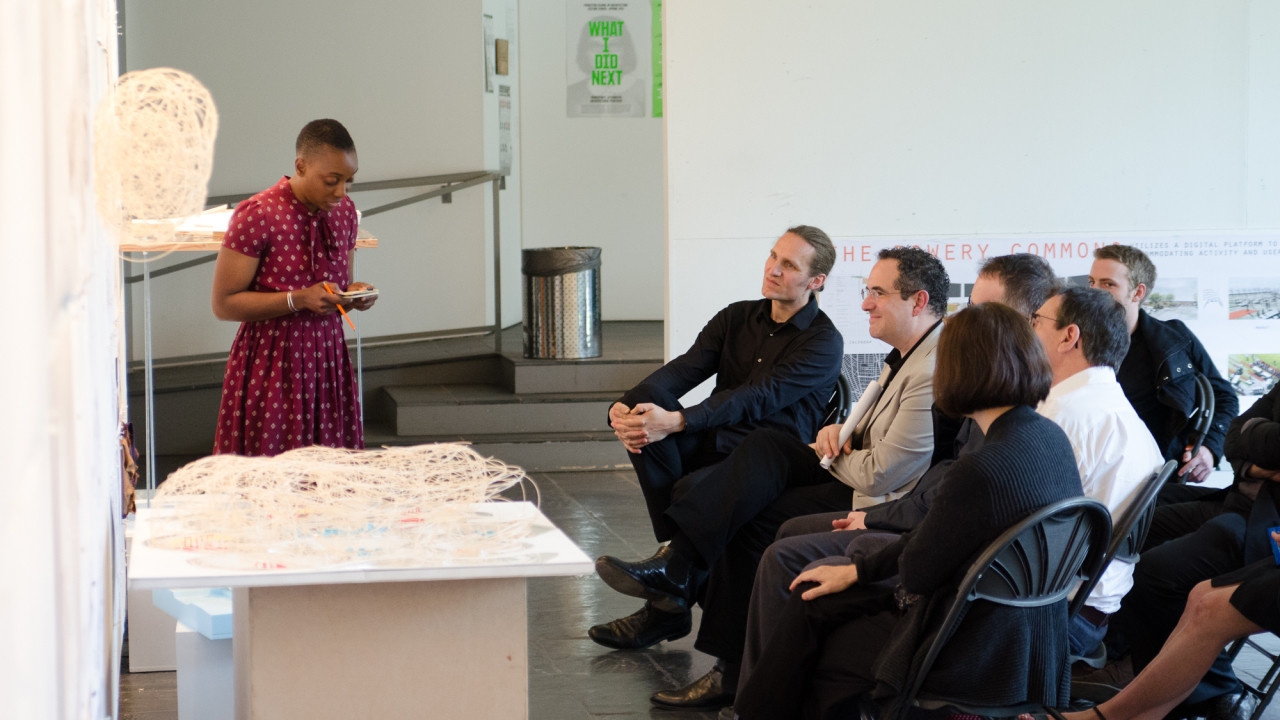 From May 6 through 10, the Spring 2013 Design Studios occupied the Architecture Building

204: Introduction to Architectural Design - PAUL LEWIS - "This is an introductory studio course in architectural design, examining the origins and conventions of representation in architecture. Spatial relationships, and the qualities of space itself, will be examined using photography, two-dimensional projections of sectional planes (plan and section), computer models, and three-dimensional physical models."

JIW: Junior Independent Work - HAYLEY EBER  - "Throughout history, pavilions have acted as paradigms of innovative design. Often without a program or the necessary regulations of a conventional building, the pavilion has yielded some of the most adventurous and influential works of modern architecture. It is precisely because pavilions do not need to subscribe to conventional architectural rules and regulations- be weather tight, enduring or pragmatic- that they are able to become experimental investigations of the built environment and embody an event or place. Their scale, mobility and comparatively short lifespan allow them to exist as temporary, unfinished laboratories. The studio will examine how these light-weight and temporary projects are intrinsically linked to our current state of continuous crisis, both economically and environmentally, while at the same time allow architects to test ideas in increasingly contemplative ways: by researching fundamental ideas of time, movement, structure and program."

502:  Architecture Design Studio, Models of Design - AXEL KILIAN - "The studio focus is on MODELS OF DESIGN.  The term MODEL appears in all disciplines but has a wide range of meanings. In the studio we will explore the Model of Design as a combination of thought construct, physical construct and computational construct."

506: Vertical Studio, Untapped Capital—Reimagining the Bowery - ALEJANDRO ZAERA-POLO - "If the city that we have inherited from modernist planning is primarily driven by transportation systems and health concerns, the city that we inhabit today is increasingly determined by smart mobile devices, internet and computational technologies. This research group will explore new potentials for architecture in engaging with these media."

506 - Vertical Studio, Japan Studio - JESSE REISER - "The dawn of mass travel by jet in the early 1960’s corresponded to the wholesale re-organization of airport infrastructure - as an extension and transfer zone from highway, the land-based modality, to airport terminals – the transfer zone to an air-based one. This studio will explore the design of a family of Low-Cost Carrier Airports.  Since this is the Japan studio, we will be looking at Ibaraki International Airport, which comprises a link in a chain of airports spread throughout Asia in Japan, China, and Taiwan."