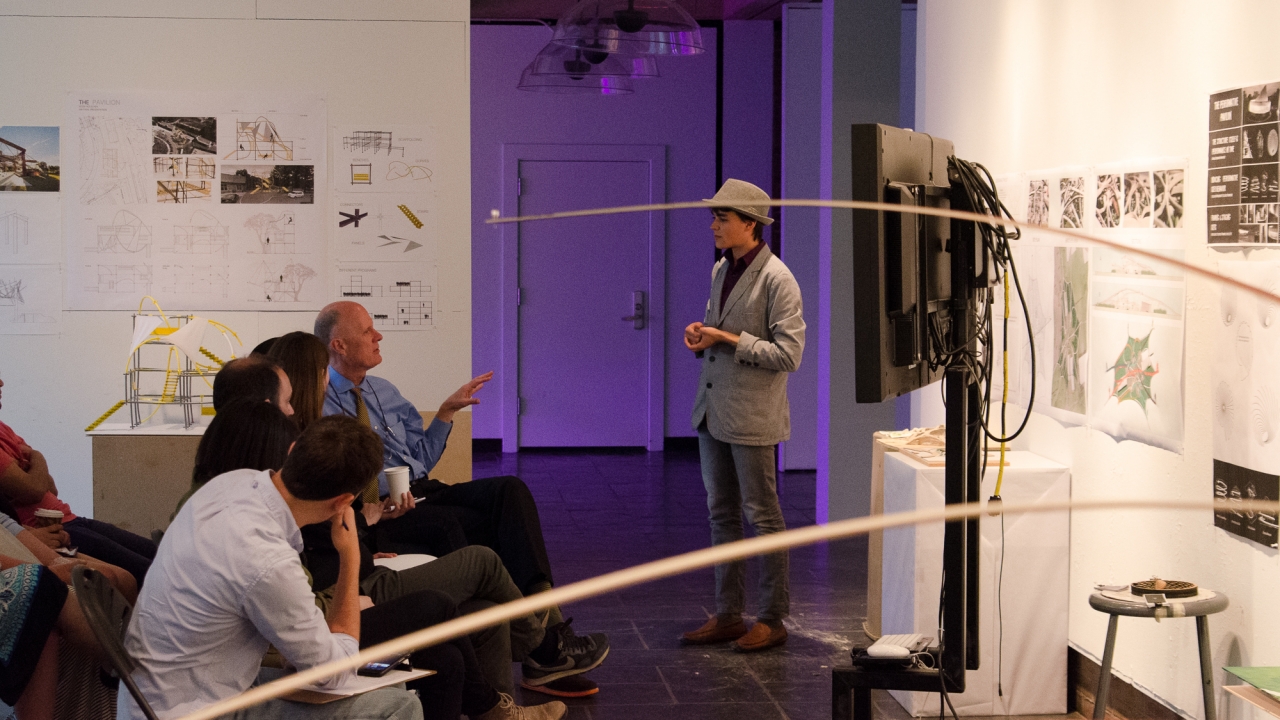 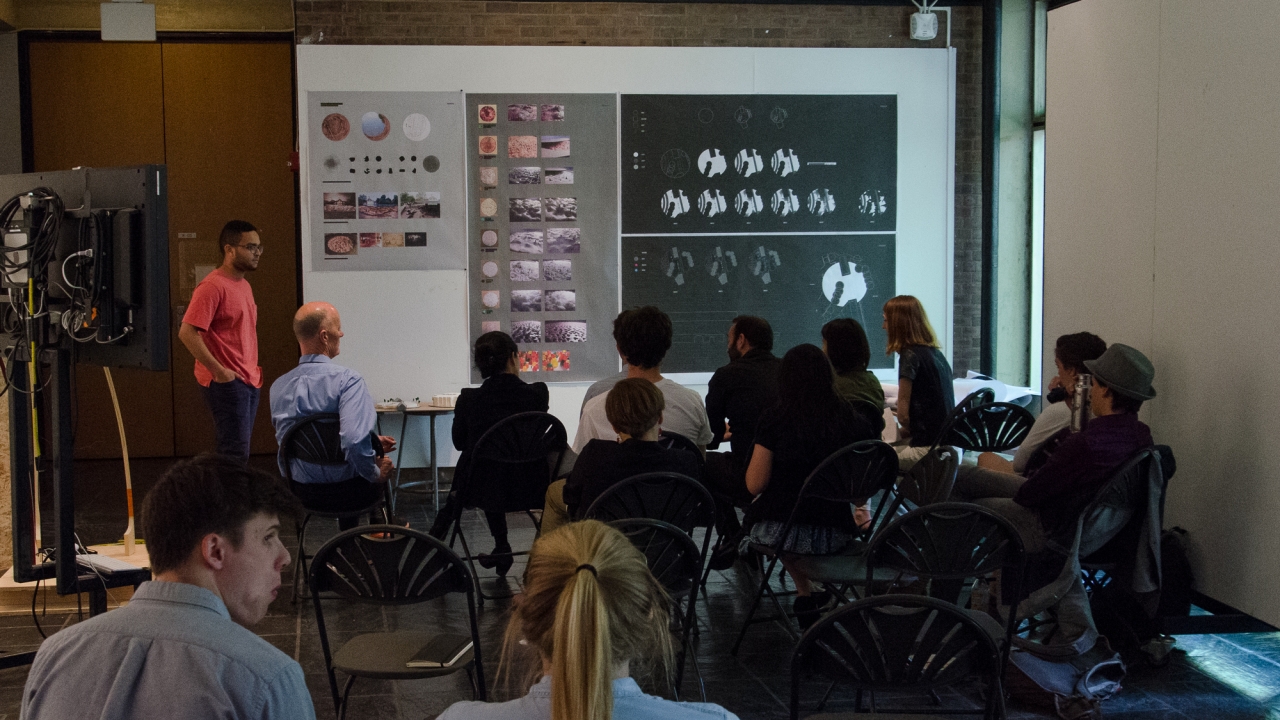 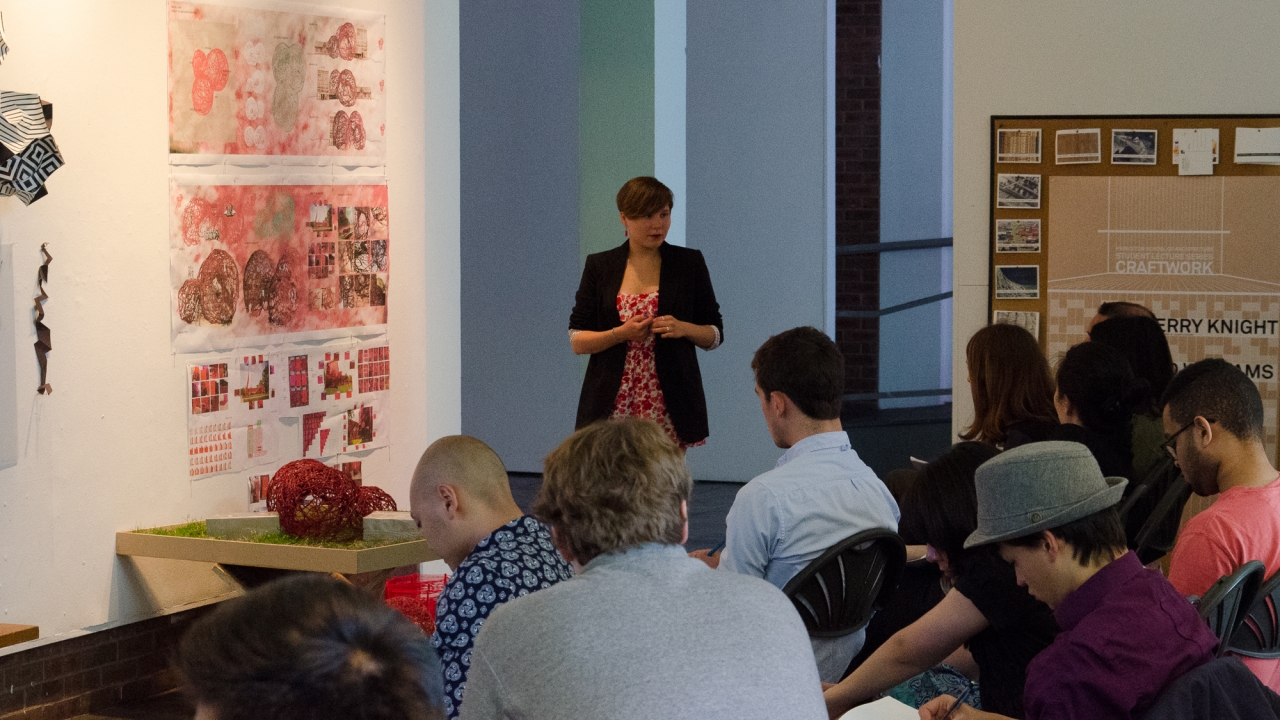 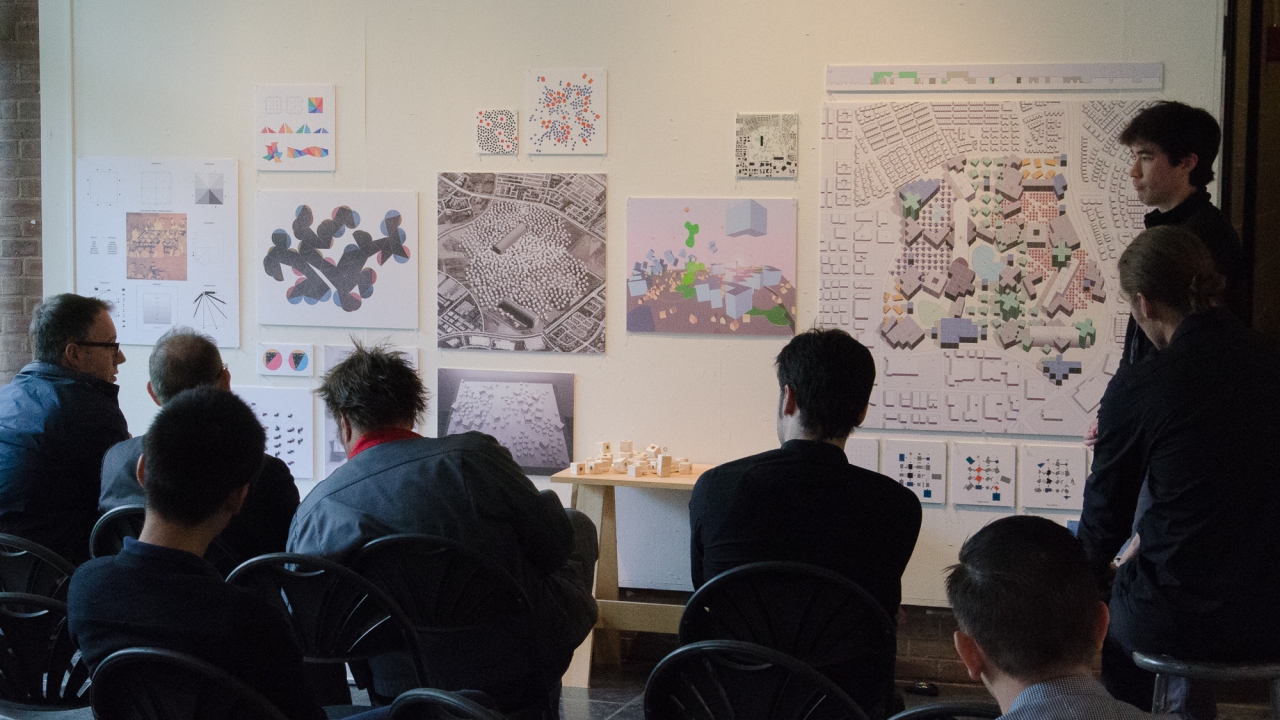 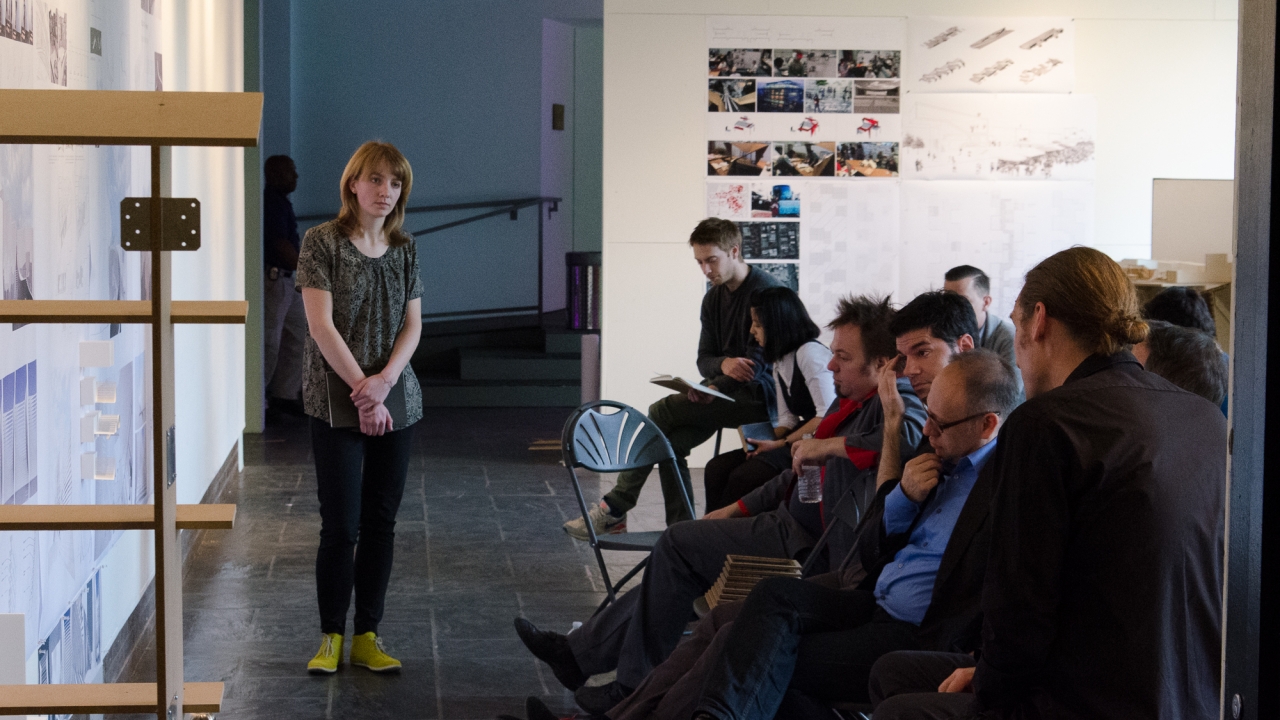 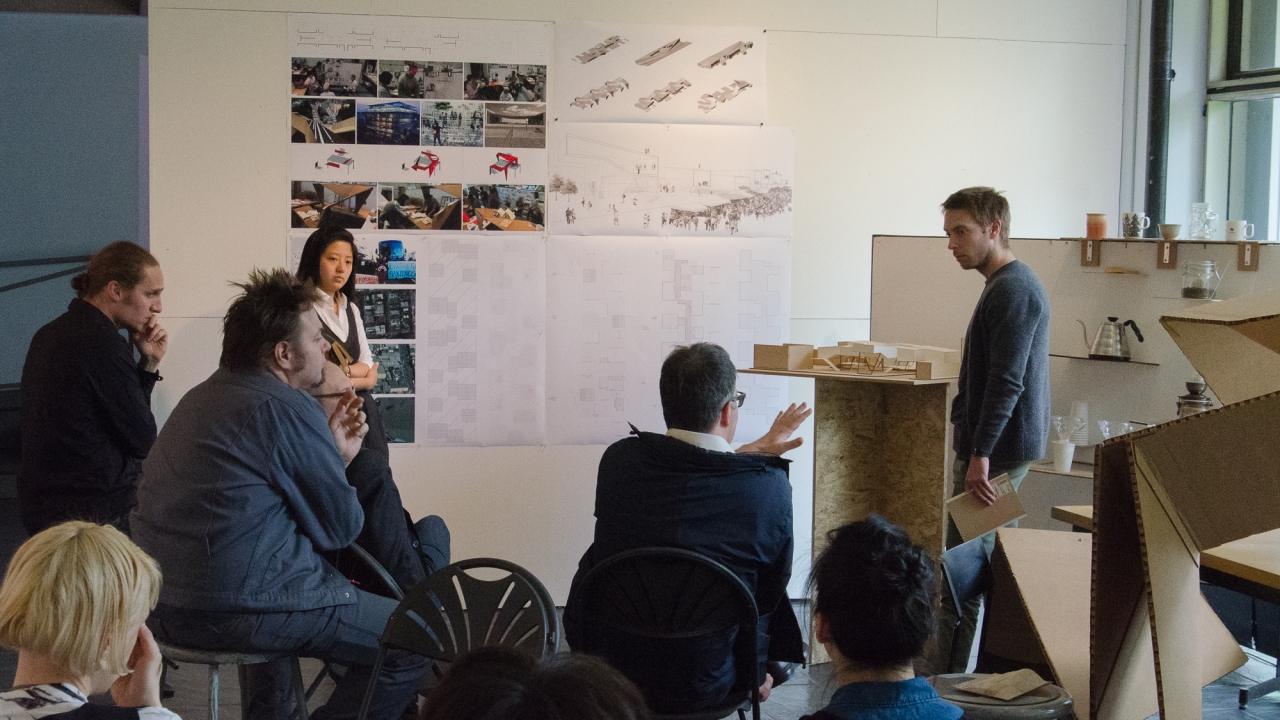 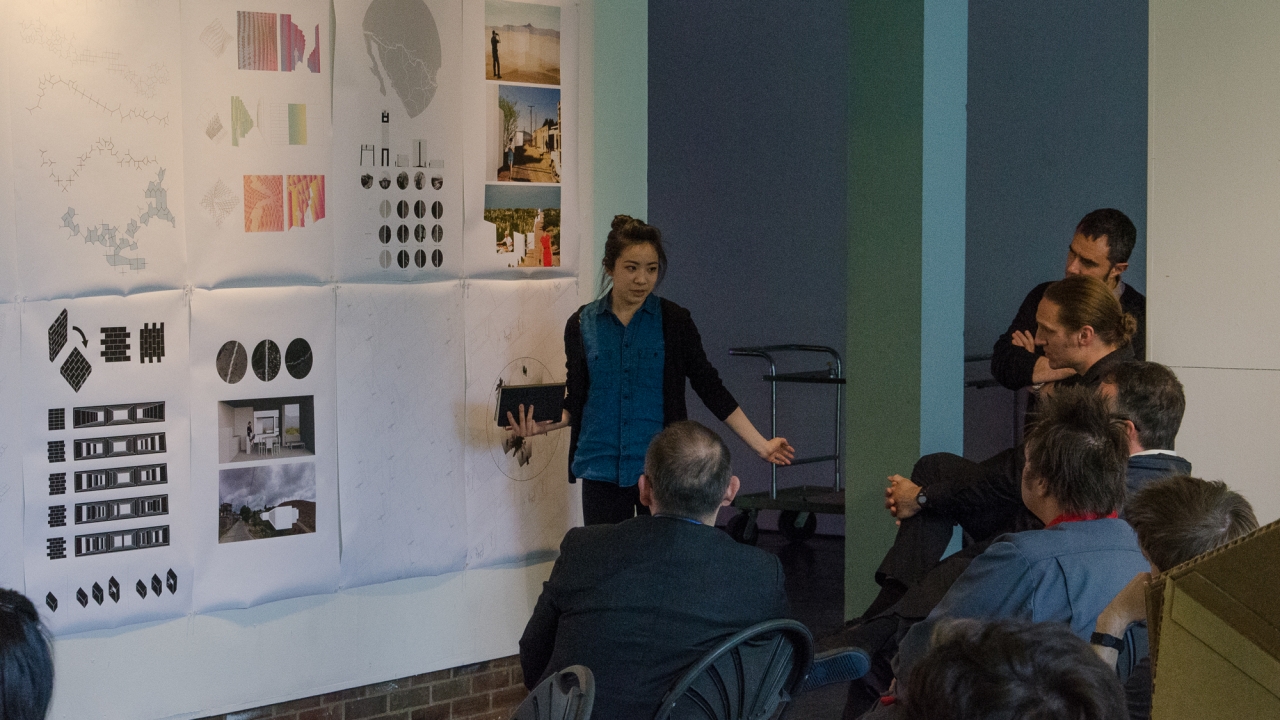 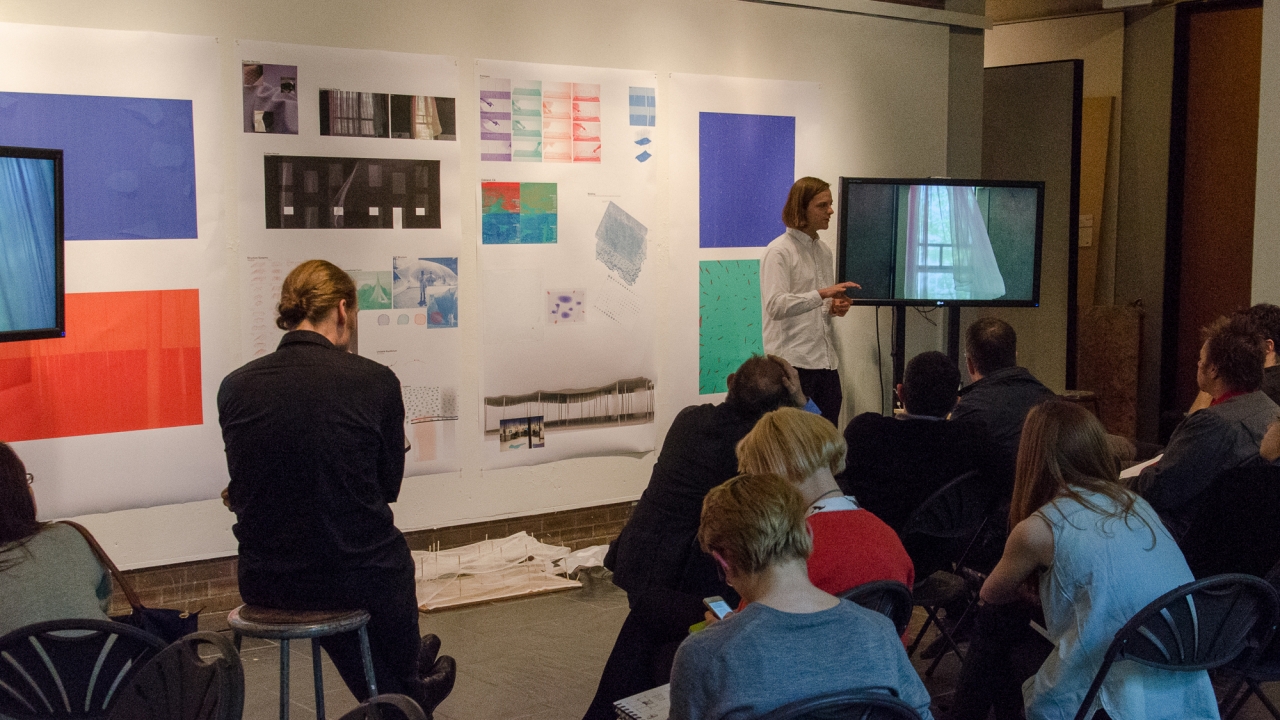 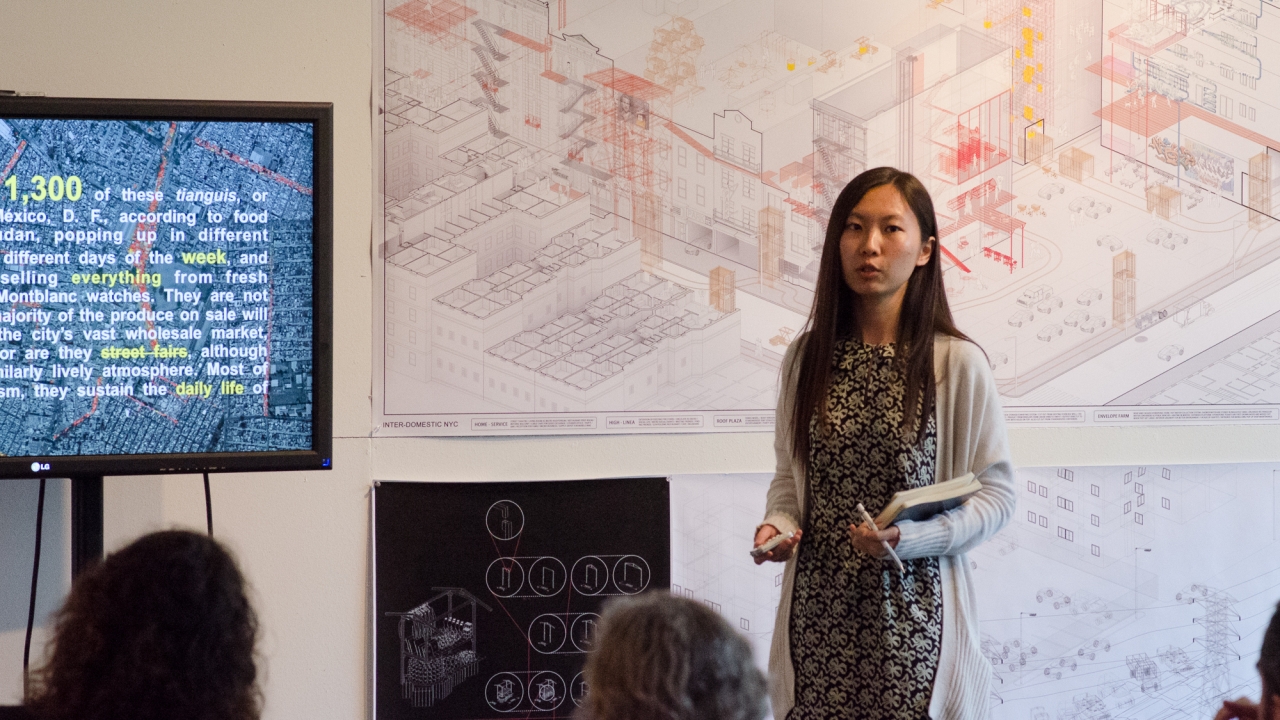 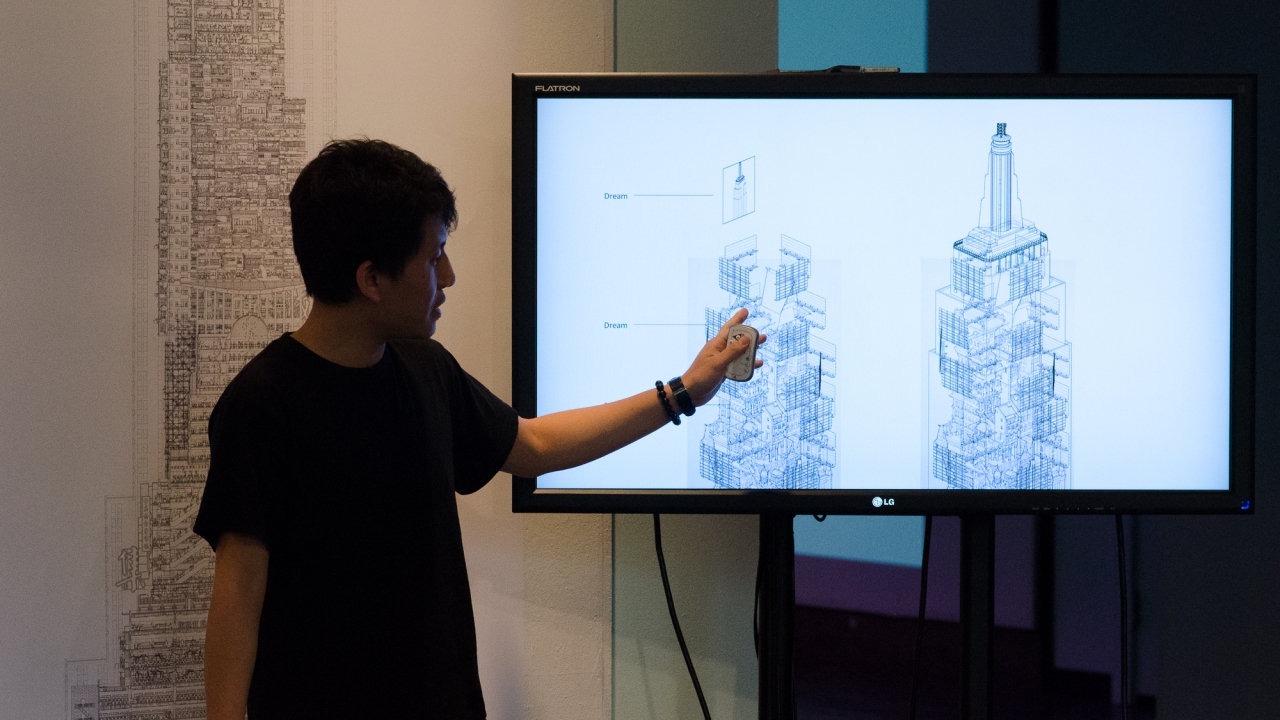 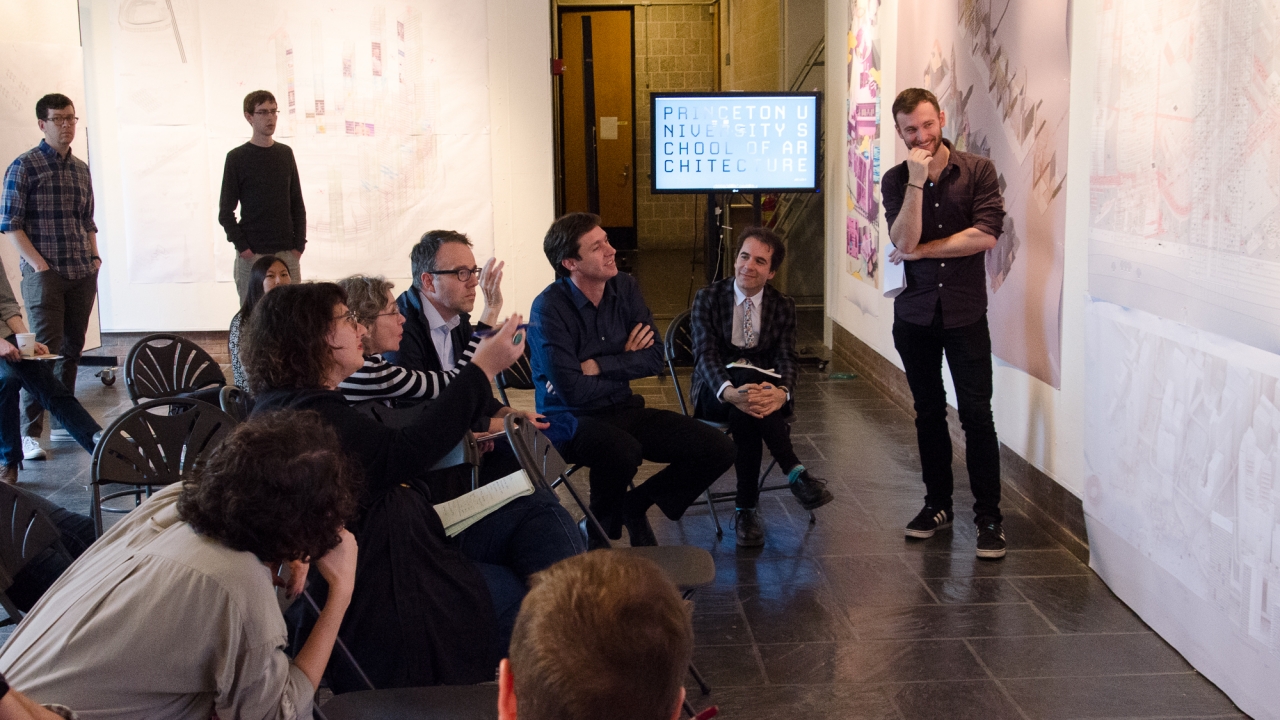 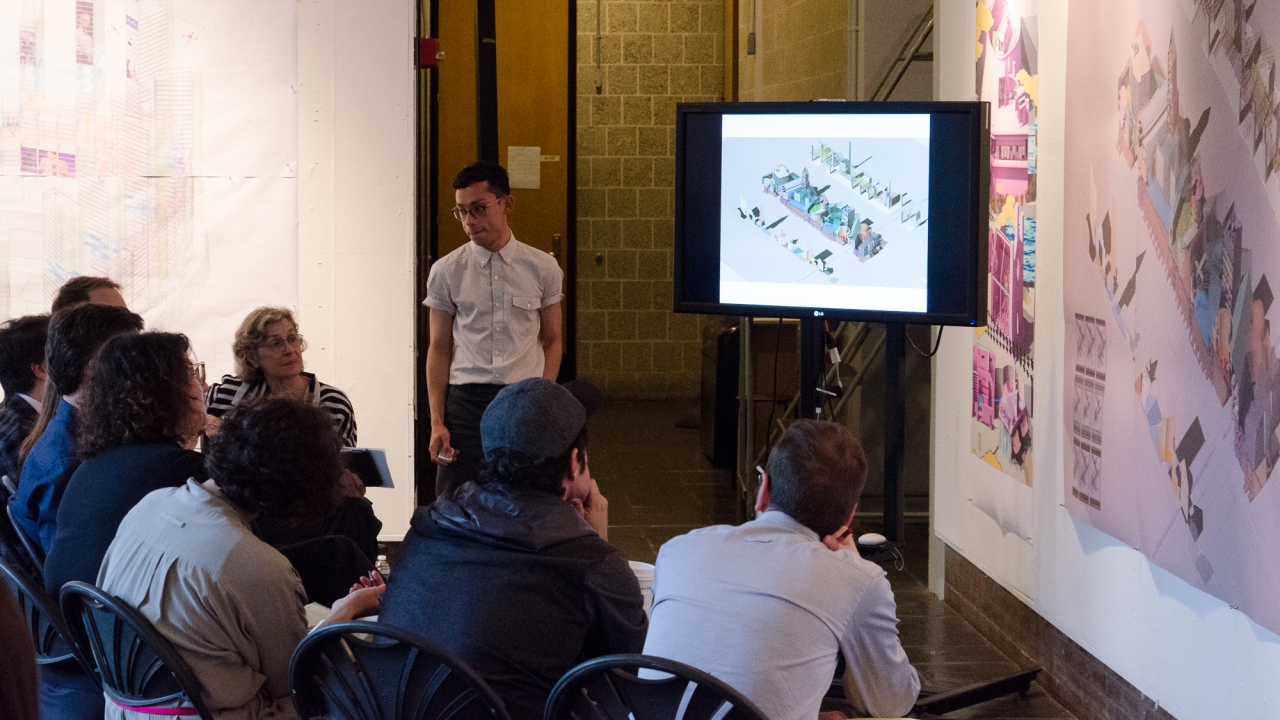 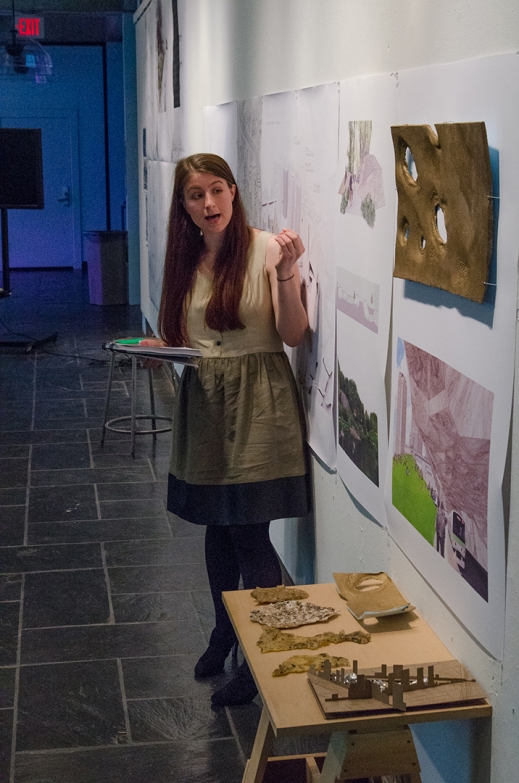 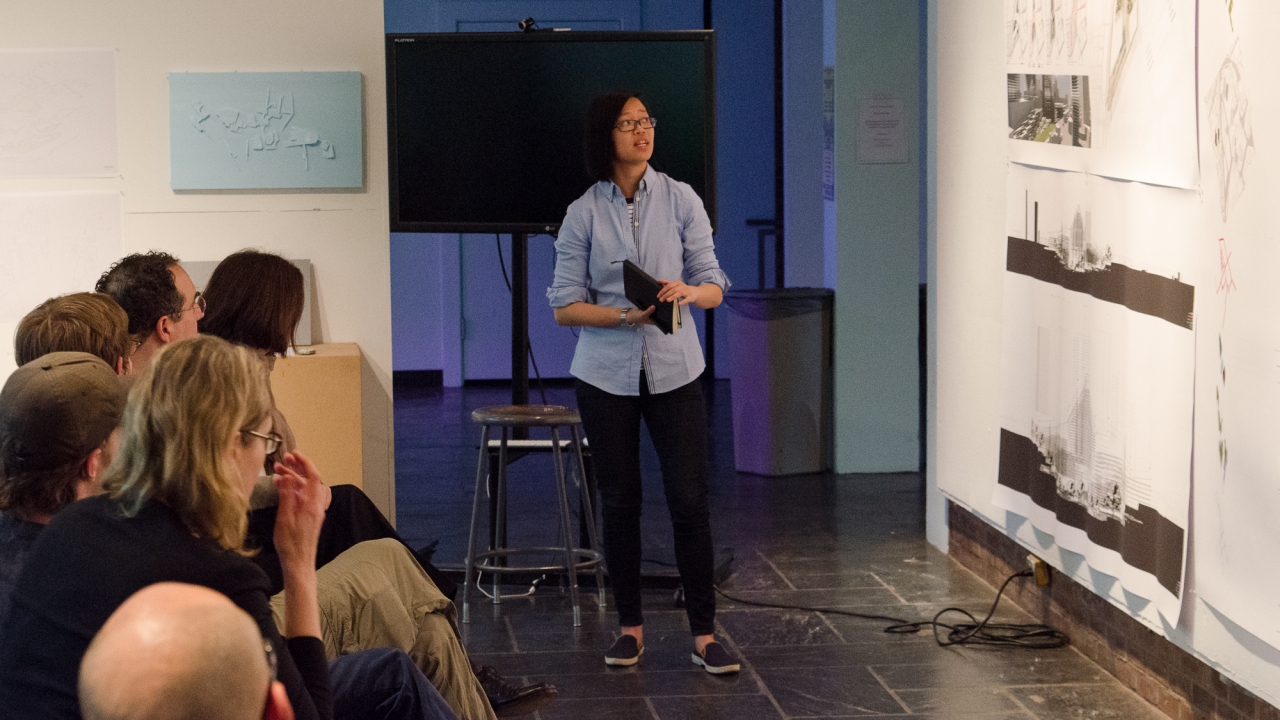 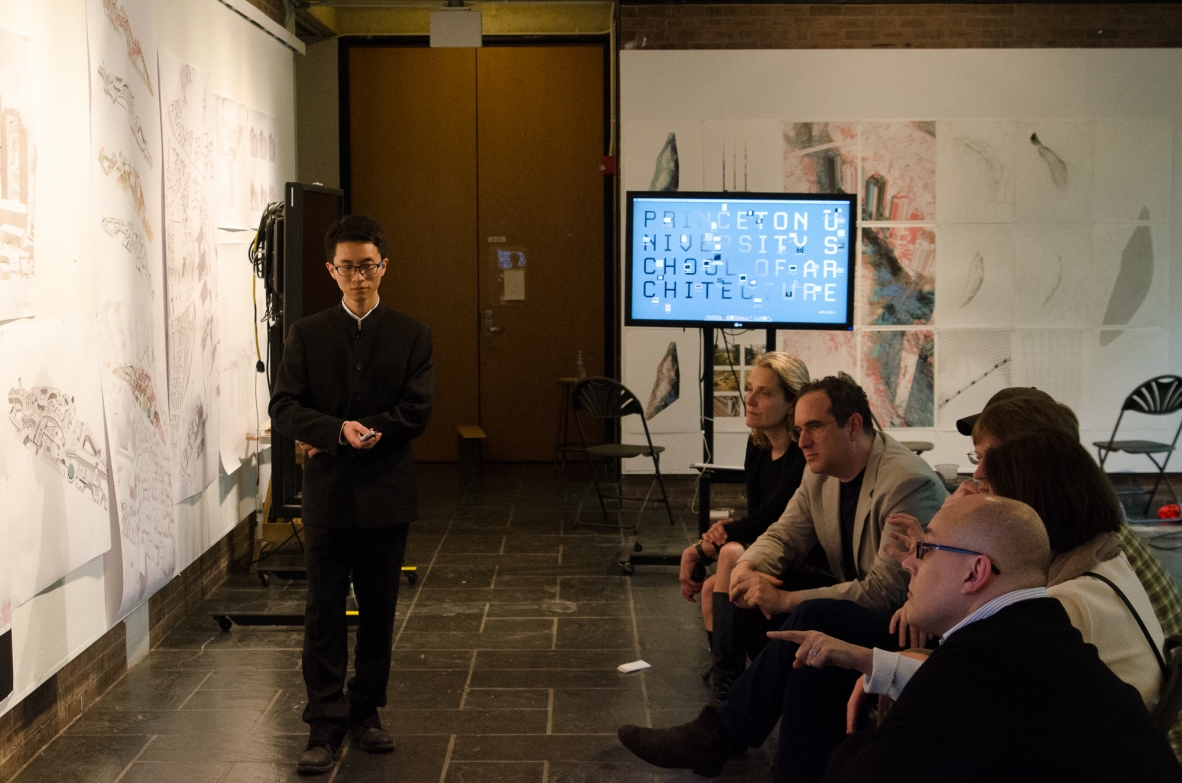 From May 6 through May 9, the Spring 2014 undergraduate and graduate Design Studios occupied the Architecture Building.

“Throughout history, pavilions have acted as paradigms of innovative design. Often without a program or the necessary regulations of a conventional building, the pavilion has yielded some of the most adventurous and influential works of modern architecture. It is precisely because pavilions do not need to subscribe to conventional architectural rules and regulations- be weather tight, enduring or pragmatic- that they are able to become experimental investigations of the built environment and embody an event or place. Their scale, mobility and comparatively short lifespan allow them to exist as temporary, unfinished laboratories. The studio will examine how these light-weight and temporary projects are intrinsically linked to our current state of continuous crisis, both economically and environmentally, while at the same time allow architects to test ideas in increasingly contemplative ways: by researching fundamental ideas of time, movement, structure and program.”

“The studio focus is on MODELS OF DESIGN and their relation to com­putation. The term MODEL appears in most fields but has a wide range of meanings. In the studio we will explore Models of Design as a combination of thought construct, physical construct, compu­tational construct, and generative framework.”

“For 12 weeks we will work detecting, describing, discussing and transforming specific ‘urban enactments’, happening as fragmented-but-connected constellations of entities geographically distributed and participated somehow by Mexico City and New York City. We will detect, dissect, discuss, redesign and project in SoA. We will engage on intense fieldwork both in Mexico City and New York City."

It can be argued that Kenzo Tange’s Tokyo Bay project in 1960 is the last major piece of planning in Japan led exclusively by an encompassing architectural vision. The ambitions and scope of the Tokyo Bay project were necessarily large and comprehensive, ranging from the macro to the micro: from the effects of planning down to the specific architectural character (style) of the project itself. As such, it encompassed the full environmental, social, political, and aesthetic possibilities of which architecture is capable. Such a vision is utopian in the best sense of the word. For it embodies, not a flight of fancy, but rather a radical empiricist desire to project, in eminently concrete terms, a possible world; and in doing so, advanced the discipline of architecture irrespective of whether or not it was realized. Thus, its most important function was that of a concept engine which immeasurably affected the subsequent culture of architecture, the architects, and the projects they produced.

This studio will in the most hopeful manner suggest  new metropolitan paradigms – in other words – new ways of life.  Asking the question “if” all is open and manipulable – from the genome to cultural practices what new positive worlds can emerge? And what new forms of architecture and urbanism will foster such worlds?  Japanese culture has historically shown an unsurpassed ability to invent, adapt and change. Moreover, it is one of the only societies that can lay claim to the ability to fast forward technologically in one period and to reverse technology in another.  The stakes have never been greater.