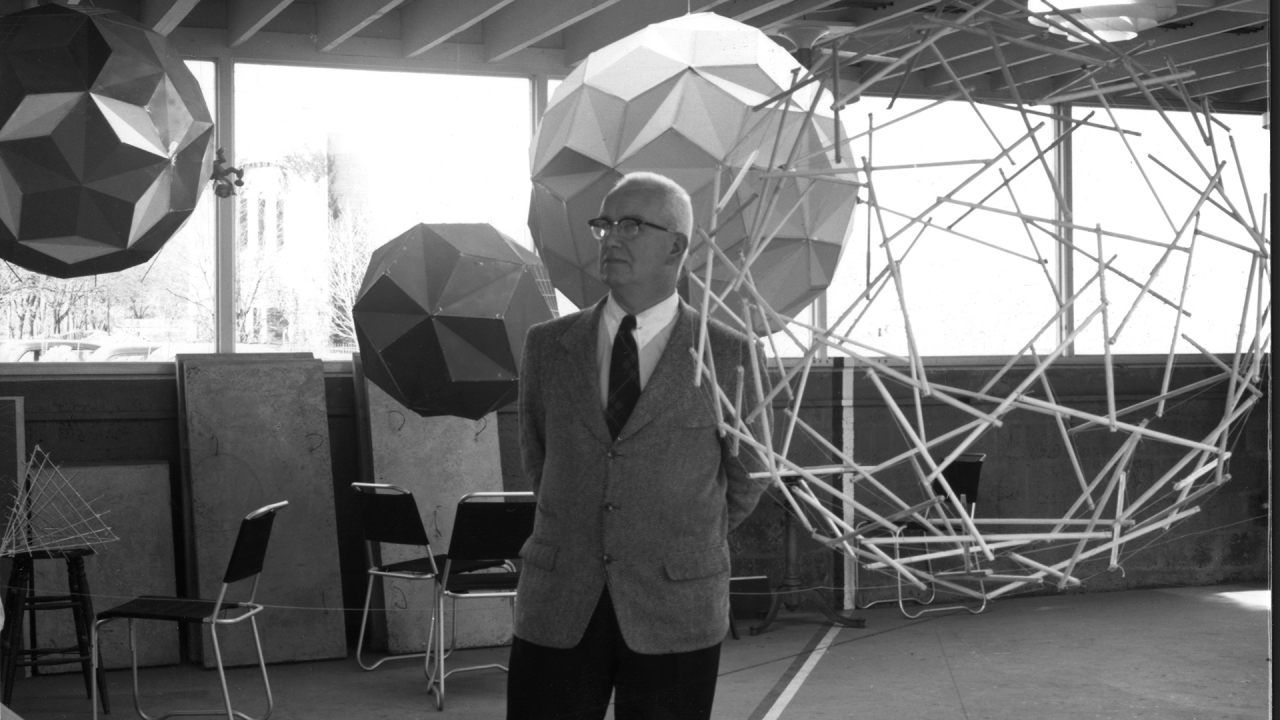 On Tuesday, February 25, at Storefront for Art and Architecture in NYC, Stan Allen, Alejandro Zaera-Polo and Daniel López-Pérez will discuss the new book published by Princeton Architectural Press - R. Buckminster Fuller: World Man (2014).  This book, edited by Daniel López-Pérez, features a transcript of the 1966 lecture Fuller delivered at Princeton University School of Architecture, an interview with Robert Geddes, who, as dean, brought Fuller to Princeton, an essay by Stan Allen, and more.

Storefront invites you to join us for Definitions Series: R. Buckminster Fuller: World Man. Inviting architects and critics to propose definitions of a specified term that has something to do (or not) with a publication, R. Buckminster Fuller: World Man will be a conversation about some of the key terms that constitute the body of Fuller’s World Man Lecture, and book. “Prime Design, Automation, Law of Conservation of Energy, Wealth, Universe, System, Total Challenge…” are amongst a few of the terms and definitions that are put forth providing an abstract but suggestive outline of Fuller’s “geometry of thinking.”

For R. Buckminster Fuller, words and concepts were intimately related. “[T]he Number of the words in the dictionary grow,” he asserted in his “World Man” lecture, “because we have more aspects of subjects to consider.” Fuller saw language as an invaluable resource – as a tool to be used not only for sharing ideas with others but also for developing ideas. Language was not an end in itself but rather a discursive process, through which he created and explored new concepts. Iterative and evolving, like his models of nature’s laws, Fuller’s terminology never becomes static, his words and concepts move and extend from one area of relevance to another; from the scale of the human body, to that of the universe.

Limited copies will be available for purchase at the event.